So Good You Will Go on Them Twice! An Exciting Private Tour of New York

So good you will go on them twice! A private tour of New York is the best way to experience one of the most fascinating cities in, not just the United States, but the World

There is no one that has not heard of New York or at least one of the 5 Boroughs; The Bronx, Brooklyn, Manhattan, Queens and Staten Island. Each has their own claim to fame in some way or other. The delicious food and varied nightlife in every corner of New York has something for everyone to go wild or just relax.

Manhattan; this could be the most famous borough with it being home to the 9/11 Memorial, Central Park, the Empire State Building, Broadway, Ellis Island, the Statue of Liberty, world-class museums and concert halls to name just a few. A city tour is the only way to see this city and all it has to offer.

The Bronx, the borough that is home to the New York Yankees, the Bronx Zoo and the New York Botanical Garden. This part of the city is where hip-hop was born. There are many famous people from The Bronx like Jennifer Lopez, Billy Joel and Ralph Lauren. There is a fascinating culture side to this borough too.  Read More... 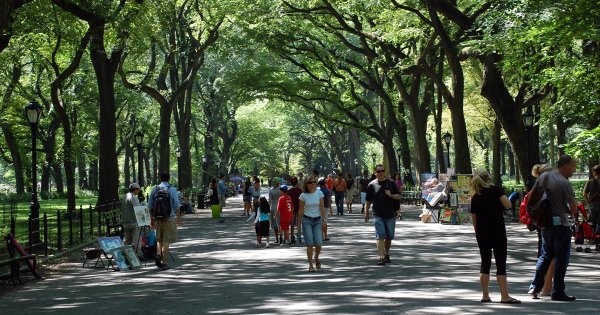 Brooklyn, A fantastic place to hear live music overnight and shop in the many vintage shops. If you want the most interesting walk, then stroll over Brooklyn Bridge or Brooklyn Heights promenade. Take the city tour to visit Coney Island, Prospect Height or Brighton Beach.

Queens, this is where a lot of sporting occasions are held like tennis US Open or go to Citi Field and see the New York Mets play baseball. Take a guided tour to see inventive art at MoMA Psi and Socrates Sculpture Park in Long Island.

Top 10 Things to Do in New York City 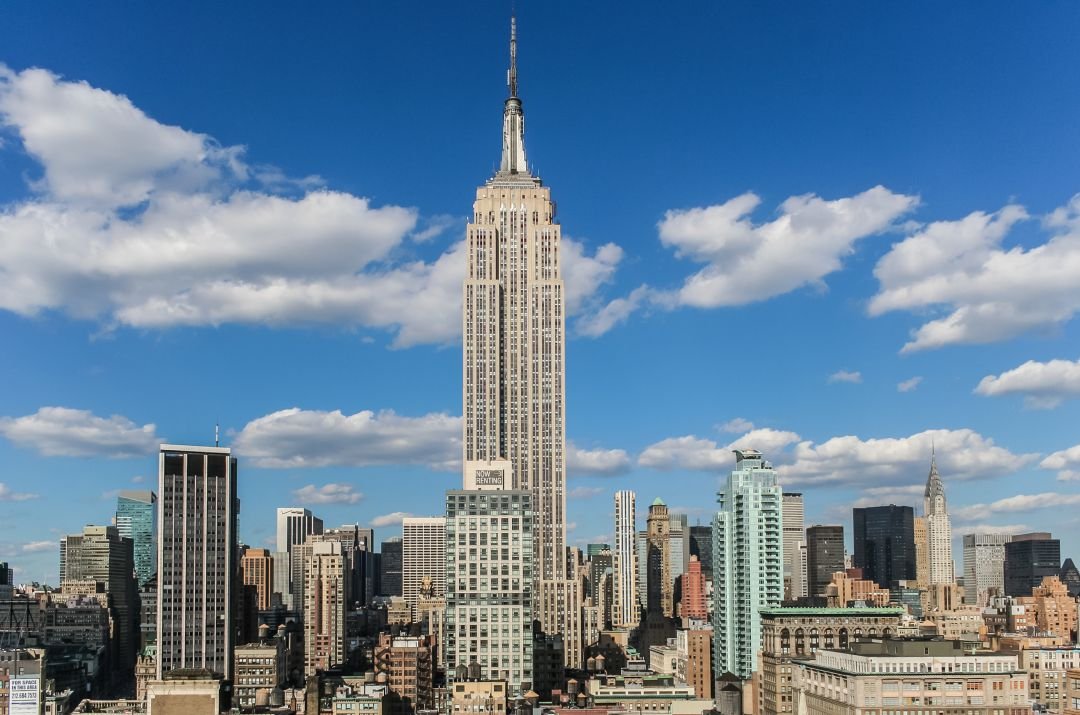 1 Take a guided tour of the Empire State Buiding and see the most spectacular views day or night from the observation decks from the 86th and 102nd floor. From the start of your tour, in the lobby see the art deco ceiling murals which are stunning and the Dare to Dream or the Sustainability Exhibit. See what lights are on display as it has maintained a tradition of changing colour to match various occasions.
Statue of Liberty 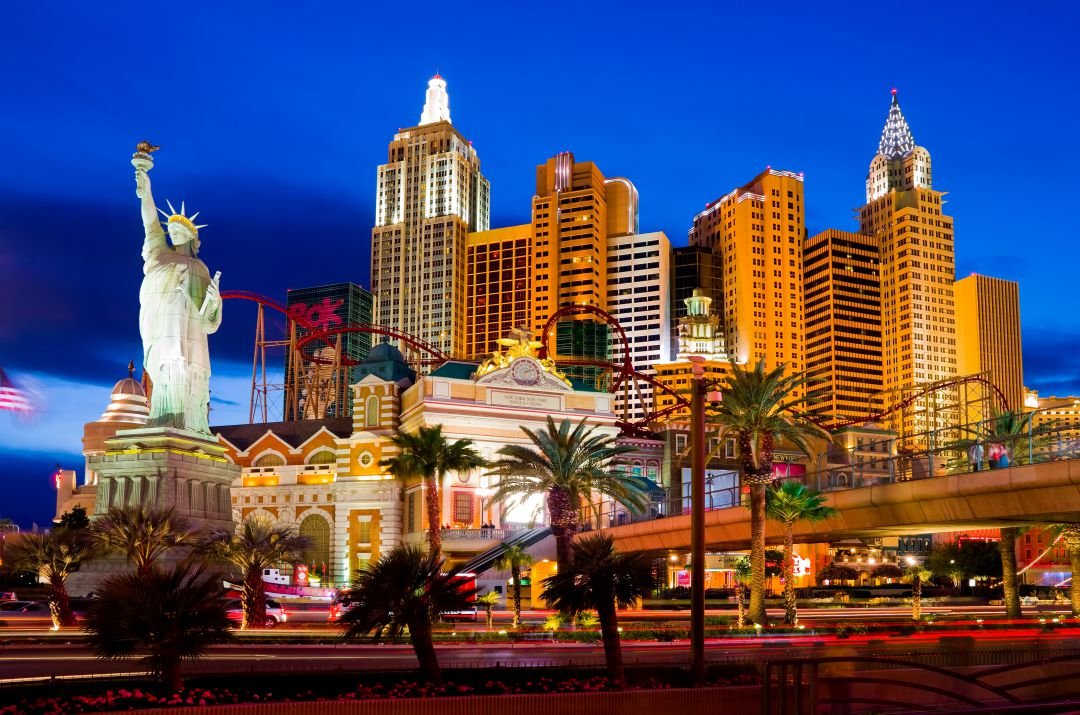 2 This iconic towering monument is famous all over the world and from where it is located in New York Harbour, it has welcomed millions of immigrants to the United States since its inauguration in 1886. A gift from France and made by sculpture Bartholdi with Gustave Eiffel doing the steel framework, you must see it on a sightseeing tour and immerse yourself in its fabulous history. From the observation areas, there are magnificent views.
Central Park 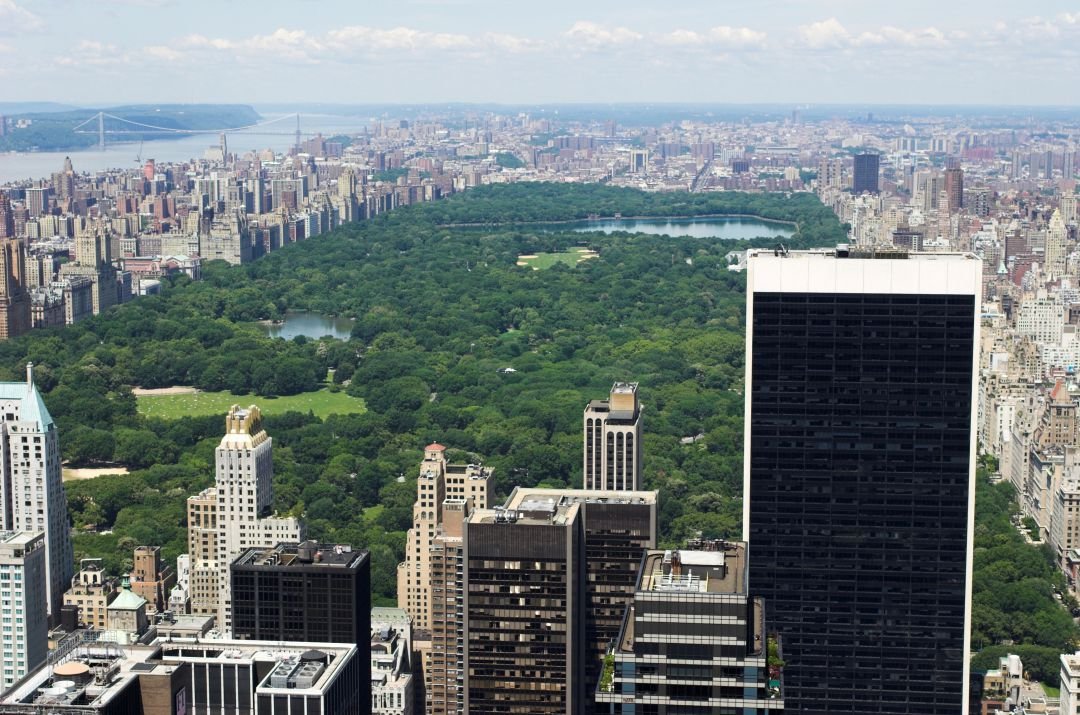 3 On a sightseeing tour of Central Park, you enter a visual masterpiece that was designed by landscaper Frederick Law Olmsted and architect Calvert Vaux. There is so much to see and do in this oasis in New York, many historic landmarks, unique bridges and fountains, botanic gardens, world famous Zoo & Wildlife Center or the Swedish Cottage Marionette Theatre. You could possibly spend a week in the park and still not see everything!
Rockefeller Center

4 Located in the heart of midtown Manhattan, take a guided tour of the iconic Rockefeller Center. A hive of activity, this centre contains a remarkable collection of history, art and sculpture, an observation deck 70 floors high, a very famous ice rink, channel gardens, NBC Studios, Radio City Music Hall and enough shops and restaurants to keep everyone entertained and very happy. It is especially beautiful when decorated for Christmas.
National September 11 Memorial and Museum 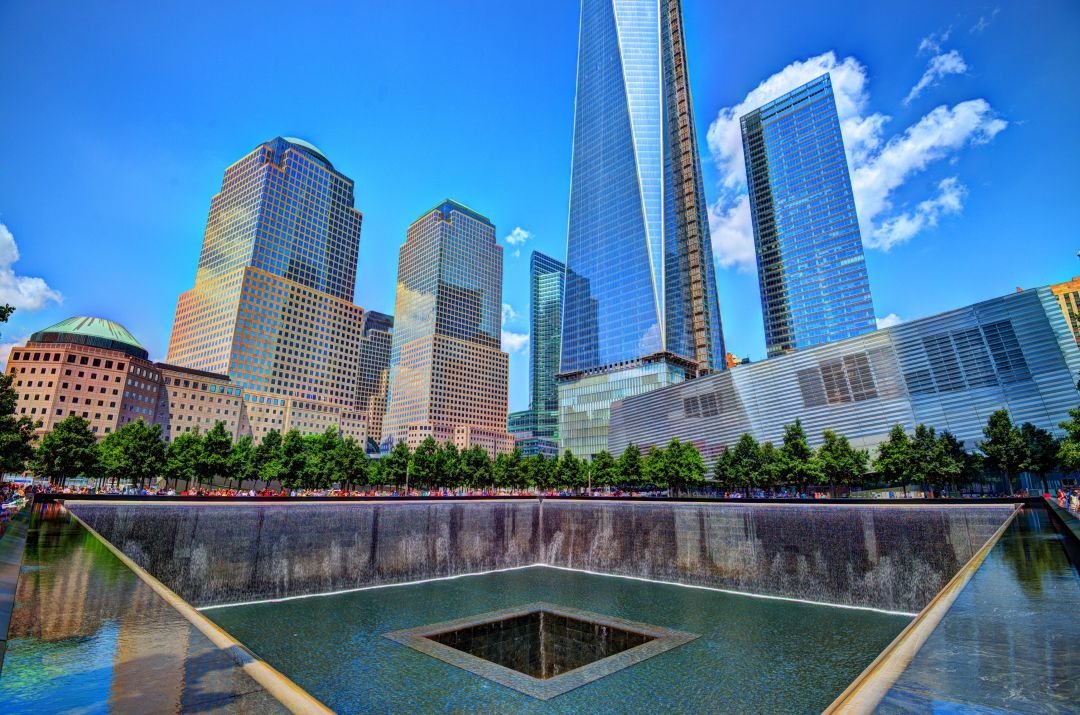 5 Take a guided tour of the 9/11 memorial and museum and pay your respects to the 3,000 people killed in the United States worst terror attack. Located where the twin towers once stood, the memorial has twin reflecting pools that feature North Americas largest manmade waterfalls. The names of the people who died on 9/11 and the six people who died in 1993 world trade centre bombing are inscribed on the pool edges on bronze panels.
Ellis Island

6 On a guided tour visit the infamous Ellis Island which was the gateway for millions of immigrants starting their new lives in the United States. It opened in 1892 and for 60 years was a federal immigration station. It has been said that nearly 40% of U.S. citizens ancestors can be traced back to entering America via Ellis Island. The museum holds fascinating memorabilia from the 60 years and see the detention center as it was then.
Metropolitan Museum of Art

7 On a guided tours of The Metropolitan Museum of Art, see art come alive in the museum galleries, through its exhibitions and events. There are over 5,000 years of art from all over the world found in The Met. The Museum has three sites in New York City; 5th Avenue, The Breuer and The Cloisters. The Met was established on April 13, 1870, and its statement of purpose has been the same for over 140 years.
Chinatown 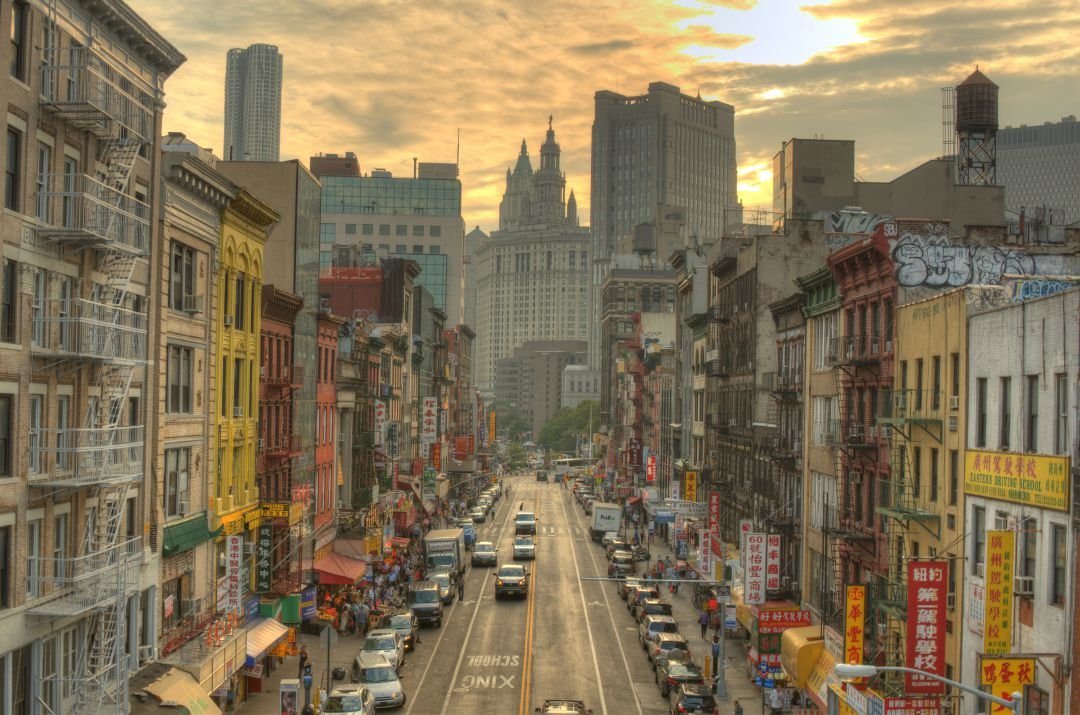 8 Take a city tour to New Yorks Chinatown located in Manhattan. It is one of the largest and oldest Chinatown found outside of Asia. A trip to Chinatown is very entertaining and enjoyable with lots of culture and shopping on offer. The food on offer in the markets or restaurants as you walk is mouthwatering. Chinatown is not just rich in history; it is listed as a historic district under the national register.
Grand Central Station 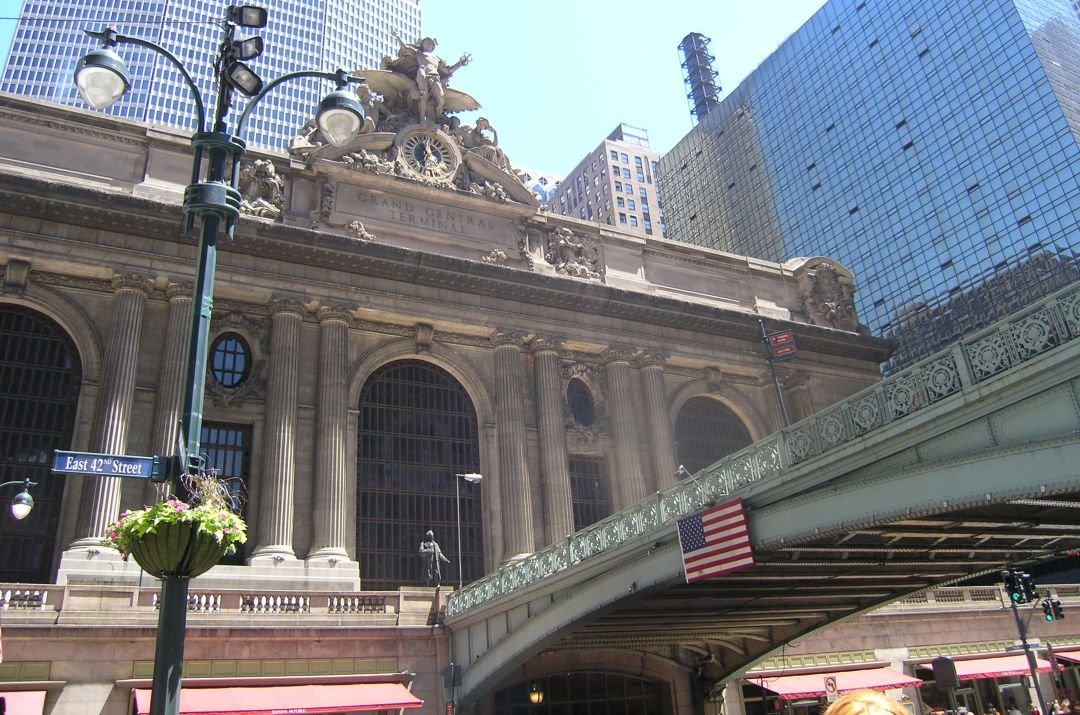 9 Take a guided tour of New Yorks famous landmark in midtown Manhattan. It is still one of the busiest train stations in the world but is also a very historic building with some of the most beautiful Beaux-Arts architecture built in 1871. There are 44 train platforms, some 60 shops and around 35 places to eat. It is an enthralling place to visit with the lively bustle of thousands of commuters and tourists on a daily basis.
St Patrick’s Cathedral 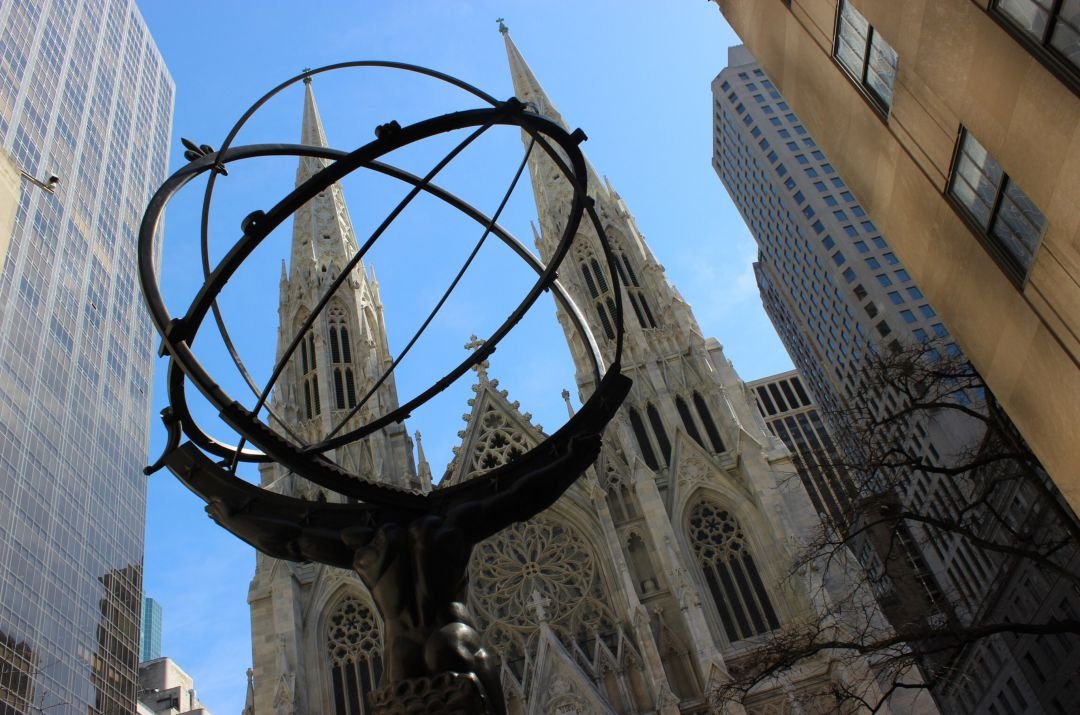 10 On a sightseeing tour, take a visit to St. Patrick’s Cathedral found on 5th Avenue. It is an amazing building with spectacular architecture right down to the magnificent windows. The interior of the Cathedral is as excellent as the facade. There are masses held here daily, but you can enter even when there is no mass and say a silent pray or light a candle for someone. It is a magnificent Cathedral and well worth a visit.

The is no 'bad' time to visit New York. Any day of the year is a great time to visit. So when deciding on when to go will depend on what you want out of your trip. From the end of November to New Year is especially good with ThanksGiving and Christmas but the weather might be Cold. During March and April the St. Patricks Day or Easter Sunday Parades are something else work experiencing too and a great time for sightseeing tours weather wise.

New York may not be the cheapest place to visit, but if you look hard enough, you can find excellent accommodation and restaurants at very reasonable prices and travelling the city by subway is cheap and very accessible. If you are not careful and it does not matter how much you spend you can easily spend $500 a day on just hotels and restaurants. Sightseeing and private guided tours vary in price during the year and between operators.

Your safety is paramount so be careful when walking in New York and no Jaywalking. Be careful of your surroundings when walking on busy street. Do not walk alone at night in areas you are unsure of. If you are planning to see a Broadway show, book your tickets well in advance of traveling and the same goes if going on specific private tours. Make sure you are aware of the security procedures when arriving in any US airport.

Spring in New York has light rains, mild winds and mild temperatures for the majority of the months. Summer is sunny, bright and hot days with temperatures getting very hot some days. Autumn or ‘Fall’ has weather that is cool and crisp with temperatures beginning to fall. Winter is cold and snowy, but thankfully it is often sunny and clear which does mean that it gets very very cold so bring lots of layers of clothing 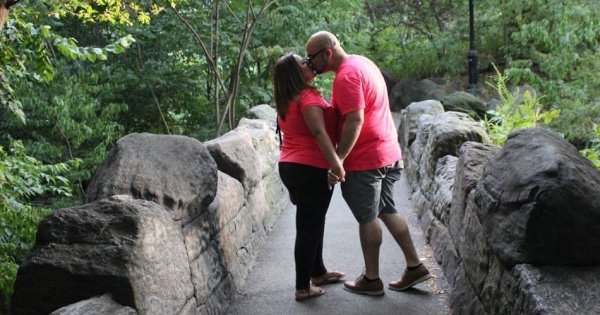 Experience Central Park with a knowledgeable Tour guide on a Private 1 hour Walking Tour. See the famous landmarks and learn the secrets from within

Enjoy a 1-hour tour of Central Park by Pedicab with your knowledgeable guide pointing out the landmarks and telling you its secrets as they pedal! 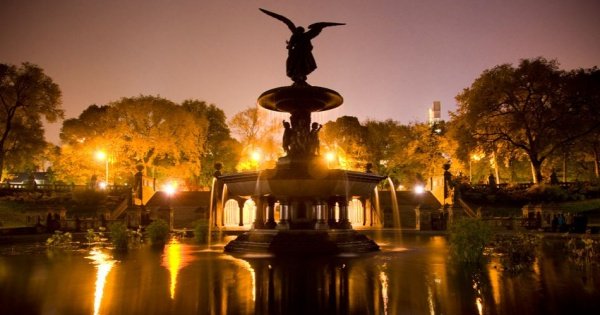 Central Park can be a marvellous photography destination, even after dark. Night photography is challenging, but we will be there to help and guide you. 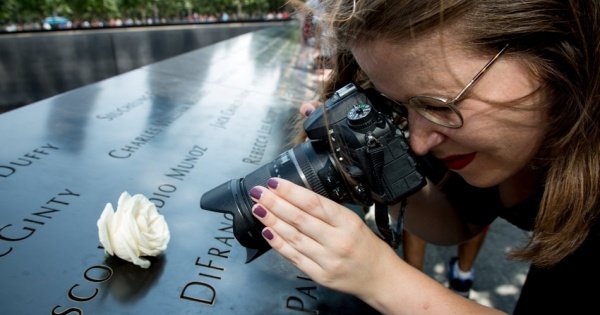 Enjoy a masterclass in conquering night photography when you visit the very famous Time Square on this Photo Safari by night.

Enjoy a romantic date in your private helicopter with stunning aerial views of Manhattan. All tours are personally narrated by friendly and experienced pilots. 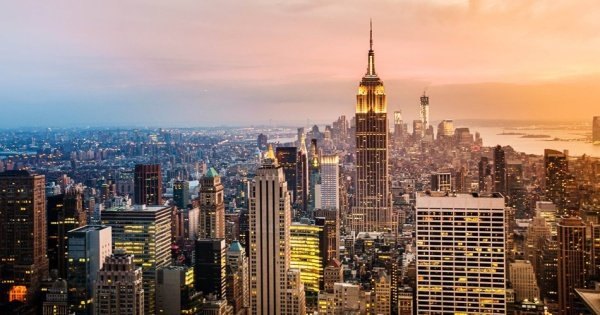 Enjoy a romantic date in your private helicopter with stunning aerial views of Manhattan. All tours are personally narrated by friendly and experienced pilots.

Take your family on an adventure in your private helicopter with stunning aerial views of Manhattan. All tours are personally narrated by friendly and experienced pilots. 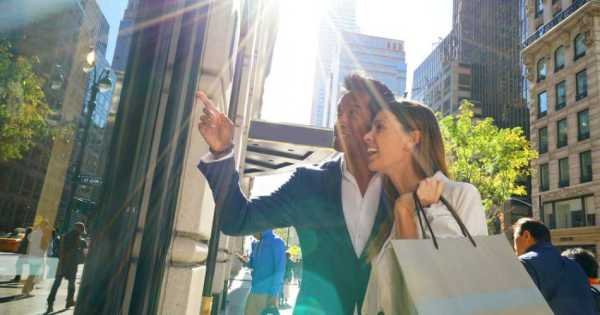 Our luxury shopping specialists are experts in sourcing and designing personalized shopping trip experiences for any occasion!

Take your family on an adventure in your private helicopter with stunning aerial views of Manhattan. All tours are personally narrated by friendly and experienced pilots.