For Activities to Savor, Sights to See, Take a Private Tour of San Diego

For activities to savor and sights to see, then take a private tour in San Diego. Located in Southern California, not far from the Mexico border, San Diego is the oldest town in California, that was founded in 1769.

It has an enchanting natural beauty that is evident from sixty-eight miles of sandy beaches that are great for surfing or sun worshipping and the rugged mountains where you hike, climb or jump!
San Diego's very pleasant climate of mild temperatures and plenty of sunshine makes this city very attractive to tourists but it is also the city's most popular attractions such as the museums, gardens, Spanish Colonial style architecture found in Balboa Park, the world-famous San Diego Zoo and the Midway Aircraft Carrier Museum to name just a minor few.
If you would like to learn a little history of San Diego, then you should stroll around Old Town San Diego State Historic Park which is state protected and a place that marks the site of the first Spanish settlements to the West Coast of the United States.   Read More...

With the wide variety of places to see and many different things to do, the only bad thing, when in San Diego, is the dilemma of which to do. Thankfully, there are many private tour operators to help you with your decision and before long you will be enjoying fun filled sightseeing tours or specialised activity tours for thrilling experiences.

For shopping and nightlife then you should head to the historical Gaslamp Quarter. It is here you will find an excellent selection of top brand shops, delicious restaurants, lively bars, live entertainment venues and wild nightclubs. There is something different for every night!

Top 10 Things to Do in San Diego

1 Take a sightseeing tour to Balboa Park and visit the largest urban cultural park in California. Once you have taken the time to go to the Visitors Centre, you are ready to roll as you are now are very well informed on all the 15 major Museums, the well-known art venues, beautifully landscaped gardens and the San Diego Zoo. There are lots of places to entertain children, sit and relax or eat great food in the restaurants.
San Diego Zoo Safari Park

2 San Diego Zoo in Balboa Park should not be confused with the San Diego Zoo Safari Park that is found in San Pasqual Valley area and a fantastic place to take a guided tour. It is the largest tourist attraction found in San Diego with 1,800 acres that preserves and houses over 3,500 animals of 260 species and a fabulous Botanic Garden. There are many different safari tours to take here but a 'stand out' one is the Cheetah Safari!
SeaWorld San Diego

3 A very popular guided tour to take is the one to SeaWorld San Diego which is nicely located on the waterfront in Mission Bay. There are lots of shows with killer whales, dolphins, sea lions and many other sea life. In the aquarium, you can see sharks very clearly up close, through an acrylic tunnel along with many other species from the sea. There are touch tanks, areas to swim with dolphins and tidal pools.
San Diego Zoo

4 San Diego Zoo deserves a guided tour all to itself and not part of one to Balboa Park. It is the most famous and one of the largest Zoos in the United States. Probably most notable for the fact that it is here where pandas have been successfully bred. Another thing this Zoo prides itself on is the way the enclosures are excellent recreations of the animals natural settings. There are many hills as the Zoo is spread along a canyon.
Old Town State Historic Park 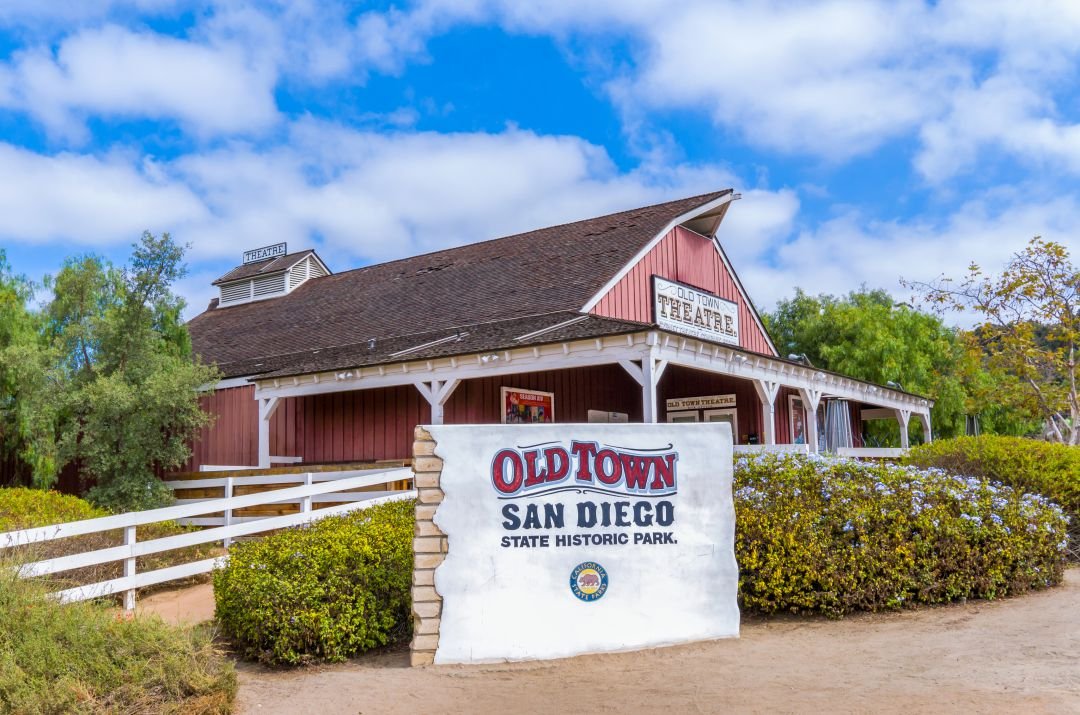 5 Take a guided tour of Old Town State Historic Park and learn about Mexican and early American History. It is the site of the first ’Spanish speaking’ settlement in western America. There are historic buildings and adobe houses that have been repaired to their former glory, lots of interesting shops to peruse and buy souvenirs, great restaurants with tasty Mexican/American food and excellent outdoor seating areas.
Point Loma and Cabrillo National Monument

6 When on a sightseeing tour of Point Loma and Cabrillo National Monument you will get to see incredible views of San Diego and the Pacific Ocean. It is here where Juan Rodriguez Cabrillo in 1542 first landed on the west coast of the United States. His ‘Voyage of Discovery’ which was incredible is told through displays and exhibits at the Cabrillo National Monument. Visit the refurbished Old Point Loma lighthouse too.
USS Midway Aircraft Carrier Museum

7 Take a fantastic guided tour of the decommissioned USS Midway which is permanently moored at Navy Pier. It is one of the largest ships in the US military and the longest serving aircraft carrier. On your tour, walk in the footsteps of 225,000 sailors who served their country, see some 60 exhibits in the maritime museum and 29 restored aircraft. For something extra try a flight simulator that is also on board.
Torrey Pines State Natural Reserve

8 Take a sightseeing tour to Torrey Pines State Natural Reserve which, even though, it is located within San Diego’s city limit; it still remains one of the wildest stretch of land on the Southern California coast. See the maritime chaparral, Torrey pine, a lagoon that is very important to migrating seabirds and miles of unspoilt beaches. There are rare plants, animals and unique geological formations.
Mission Basilica San Diego de Alcala

9 Take a guided tour of Californa’s first mission, Mission Basilica San Diego de Alcala. A Spanish Franciscan Father from Majorca founded the mission stations in 1769, but during disputes between Spanish and Indians in 1775, the mission was burnt down by the Indians. In 1777 a new one was built with the help of the Indians. See the old church with bell tower, beautiful gardens and a small museum. It was declared a Basilica in 1970.
The Gaslamp Quarter National Historic District

10 For the best shopping and a fantastic choice for evening entertainment, take a tour of the Gaslamp Quarter. It is where there are 19th and early 20th-century Victorian buildings that have been restored and are now trendy shops, restaurants, galleries and bars that are popular with both locals and tourists. It went under a complete restoration in 1970 which led to it being listed on the National Register of Historic Places.

It is recommended that the best time to visit the State of California is anytime during the months of September to November. The Autumn still has warm temperatures and there are fewer crowds than the summer months. It is a better time to go on sightseeing tours. Check out when there are events or celebrations on during the year as they are always a good time to go no matter what the weather is like.

There are cheap, mid-range and expensive hotels, guesthouses and restaurants all over the United States; how much you spend will depend on how much you have or want to spend. It is possible to eat lunches for as little as $5 if you are not fussy with location. A boutique hotel for one night B&B ranges from $180 to $380. The variation is due to the time of the year and peak or off seasons. The price of private tours will also vary with the seasons.

Research on the area you are travelling to is advisable and book all private tours or sightseeing tours in advance of travelling to ensure no disappointment when you arrive. Make restaurant reservations as early as possible when in California. Never walk alone at night and avoid dark streets. Be aware of pickpockets as they are everywhere in the world, always only carry enough money for the duration you are out and have it securely on your person.

The majority of California has a Mediterranean-like climate which are warm, dry summer and mild, wet winters. January-March are the winter months and vary from cool temperature in San Francisco to sunny days in Los Angeles and San Diego. Summer June-August can get very hot no matter what city you are in. Spring and Autumn are a combination of mixed, very bearable temperatures, rain and sun.