Take a private tour to Nevada for the most luxurious and best sauna you will ever have in the heat of this city.

It is not just the scorching hot weather that we are talking about here, it is the 'hot' cities to holiday in, with 24-hour casinos and entertainment.

There is a very good possibility you will lose track of, not only time in a day but, days when you are in Las Vegas especially.

Nevada, situated in the west of the United States, is defined by its vast landscape of desert and also by the goings on, attractions and lively entertainment in its largest city Las Vegas.

The State of Nevada is not all about casinos and night entertainment, it is also abundant in culture and history and there are loads of different sightseeing tours or guided tours to take you to places where you get to see and learn amazing things.

Such places to go and tour are Hoover Dam, Red Rock Canyon, Lake Tahoe, and lots of different museums.

Safe to say your intellectual and wild side are both catered for in Nevada  Read More...

After you have finished your private tour or sightseeing tour, take a walk to do some shopping.

There are excellent prices for all ranges of clothes in the Outlets that are scattered around the outskirts of large cities.

Other alternatives for private tours in Nevada are the fishing or jet skiing excursions on the lakes, having guided tours of the many museums or seeing the famous landmarks that are found all over Nevada.

There are lots of exciting and entertaining places to bring the children; they will love Madame Tussauds, the huge circus, the Adventuredome and the Discovery Children's Museum, all of which are found in Las Vegas.

Top 10 Things to Do in Nevada

1 A guided tour of Las Vegas Strip is an absolute must when in Las Vegas, Nevada. You are brought along the most famous and stunning stretch of road. You will see the most amazing buildings with amazing architecture and design. The monuments, statues, fountains and other features along the strip are great photo opportunities too. Be sure to have comfortable shoes on as you do not want have to stop halfway!
Lake Tahoe

2 Located in the Sierra Nevada of the United States is the large freshwater lake called Lake Tahoe. A brilliant place to take a private tour for all the wonderful activities and beautiful scenery. In Northern America, it is the largest alpine lake and it straddles the borders of California and Nevada. During December and January, there is great skiing on the snowcapped mountains and water skiing in the summer months. Lots of great fun!
Red Rock Canyon National Conservation Area

3 Take a sightseeing tour to the Red Rock Canyon to see the unique geologic features, plants and animals. The drive up to the Red Canyon is spectacular to see; you will be amazed. There are lots of things to do around the conservation area includes horse riding, mountain biking, rock climbing and nature observing. The visitors centre has indoor and outdoor exhibits to investigate and learn so much about the area, plant life and animals.
National Automobile Museum

4 Take a guided tour of the National Automobile Museum which is found in Reno, Nevada. See the fantastic displays of historic automobiles for the late 19th century and all the way to the 20th century. This museum is reported to be so impressive that it set the standard for auto museums worldwide because it is so well set up, organised and has great exhibits. See the vintage, classic, weird and wonderful vehicles from all eras.
Mob Museum

5 Officially this museum is known as the National Museum of Organized Crime and Law Enforcement, the ‘Mob Museum’ is a fascinating guided tour. You are provided with a world-class and interactive journey through the organised crime world through true stories. Learn about the birth of the Mob all the way to today's headlines. The exhibits show articles about the mob and the items they used during their crime spree.
Valley of Fire State Park

6 Another great sightseeing tour to take is the one to Valley of the Fire State Park. This is a public recreation and nature preservation area that covers almost 46,000 acres in the Mojave Desert. The impressive sight of the Arch Rock which was formed over many millennia by gale force winds and rain is wonderful to see. A great photo opportunity and look out for this rock is the western movies as it was a very popular location.
Lake Mead

7 Take a private tour to the largest reservoir found in the United States that is measured by water capacity. It was formed by the Hoover Dam along the Colorado River. It is a popular place for tourists to come with lots of activities to do and fabulous sights to be seen. The wildlife to see around here consists of bighorn sheep and desert tortoise. The activities include jet skiing, swimming and much more.
Great Basin National Park

8 Found in the eastern part of Nevada and near the Utah border, why not take a sightseeing tour to here. It is in the Great Basin Desert and has the majority of the South Snake Mountains which have spectacular mountain hugging Wheeler peak scenic drives. There has marble cave called Lehman with distinctive stalactites to wander around. There is so much activity in the park that you will be worried you will not have enough time.
Fremont Street Experience

9 When on a city tour, you will experience Fremont Street. It is a five block district of entertainment in the historic downtown part of Las Vegas. At the centre is a ViVa Vision which is the largest video screen in the world. It is suspended90 feet above the pedestrian mall and looks like a colourful canopy. It truly is an experience to come here and see live concerts and entertainment on three stages. It is fun and lively place.
Bellagio

10 A trip to Nevada and Las Vegas can not be complete without a guided tour of the Bellagio. It is a famous casino and luxurious hotel of very impressive architecture and beautiful style. Many a movie has been filmed in this location over the years. The botanical gardens are as impressive as the hotel. It is also home to a wonderful art museum and live music entertainment by the top artists of the world.

The best time to travel to anywhere in Nevada is during the months of March, April, May or September, October and November as the temperatures are bearable. The summer months of June, July and August are hot, hot and hot with temperatures reaching 40 degrees Celsius but there are still places to enjoy with great air conditioning. Las Vegas is a very popular to ring in the new year and the entertainment is more extravagant.

The state of Nevada is not overly expensive as a whole. However, there are places in Las Vegas that will be slightly more expensive. On average a dinner for two people in a mid-range restaurant will cost approximately $40 in Nevada. To go to the theatre can be as high as $200 for two tickets. The price of sightseeing tours and private tours will also vary during the different months. Taxi fare is around $20 for 5 miles.

Do research before booking your trip to anywhere in Nevada. Decide what it is you want out of your trip and where you will get it. The prices of accommodation vary during the year so be careful. If you are going during the summer months, make sure to apply sunscreen every few hours. When in any gambling city remember it is real money you are playing with! Be aware of your surroundings at all time.

As Nevada is mainly desert land, it is very dry for the majority of the year. June, July, August are very hot months of the year with temperatures reaching 40 degrees Celsius and it can feel even hotter when walking around in the city, so be sure to keep hydrated. September up to November and March through to June, temperatures are in the mid to late 20’s so much better for enjoying your sightseeing tours.

Enjoy a Relaxing Motorcoach Tour From Las Vegas to the West Rim, Where You Experience the Newest Attraction - the Grand Canyon Skywalk

Get Ready For A Wild West Adventure At The Grand Canyon West Rim! Your Professional Driver / Guide Will Provide Live Narration En Route on this Unique Tour

Enjoy an enchanting evening on this two-hour cruise through the calm waters of Lake Mead, one of the world’s largest man-made lakes with Dinner

Visit the majestic Grand Canyon. You'll have four hours to explore the canyon and the famous Skywalk, a glass platform 2, 000 feet above the Canyon floor. Try it if you dare!

Use a shared shuttle for your return transfer and try the most economical way to get from McCarran Airport to Las Vegas.

Spend a day away from the hustle and bustle of Las Vegas to experience the raw and natural beauty of the Grand Canyon South Rim a stunning gift of nature. 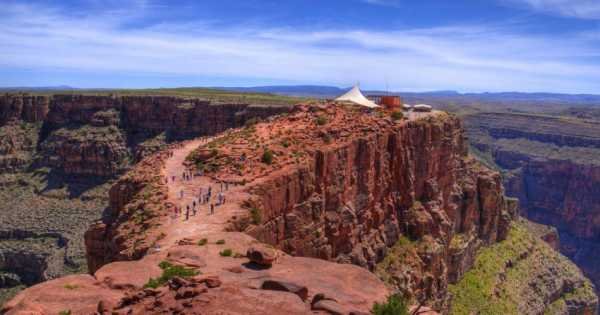 Get ready for a Wild West adventure at the Grand Canyon West Rim. Visit the Hualapai Indian Country and experience the ancient geological rock formations from Guano Point

Get ready for a Wild West adventure on a West Rim tour beginning with a photo stop of the Hoover Dam taken from the amazing O’Callaghan-Tillman Bridge and more... 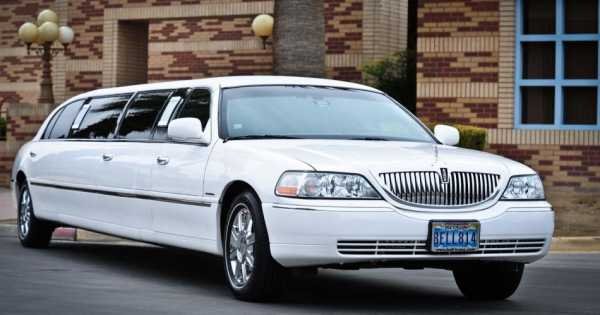 Experience one of the Seven Wonders of the World, The Grand Canyon and a 25-minute helicopter ride over the Grand Canyon, includes Free Hoover Dam Tour. 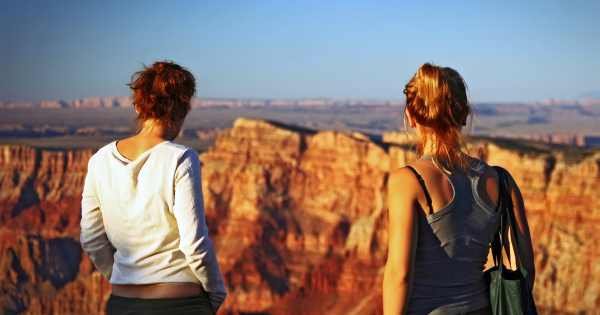 To the Grand Canyon West Rim from Las Vegas, while you sit back and relax in true luxury onboard our luxurious Mercedes Sprinter with large windows for the best sightseeing

Fly over the Grand Canyon and Hoover Dam From Las Vegas in this must do and unique Aeroplane Tour. A perfect activity when visiting Las Vegas.

We will pick you up in style in a Mercedes Sprinter to take you to one of the 7 Wonders of the Natural World and one of the most picturesque locations, the South Rim

This Hoover Dam Deluxe Tour from Las Vegas will be an adventure you will never forget. The Hoover Dam is often called one of the 7 Man-Made Wonders of the World

Shared Tour Arizona
Filter Results
Categories
Latest Reviews
Take a Private Tour to Nevada for the Most Luxurious Sauna Ever
4.8 out of 5 based on 1235 reviews.