Dabble With a Private Tour of Dallas, You Will Be Dazzled and Intrigued

When you dabble with a private tour of Dallas that has left you dazzled and intrigued, you will want to do so many more tours.

To the north of the state of Texas, you will find the very modern metropolis city of Dallas with the Trinity River running through it.

When we think about Dallas, the assassination of John F. Kennedy, Cowboys with large Stetsons, oil rigs gushing and nasty JR Ewing comes straight to mind. Dallas, however, is a lot more than just those.

It is a cultural and commercial hub with a great many excellent places to take sightseeing tours to. For instance, there is the Dallas Arts District which is 68 acres of the best museums, art and sculpture galleries.

No visit to Dallas would be complete either if you did not take a guided tour to Reunion Tower. This flickering orb, iconic landmark has graced the city’s skyline since 1978 and the GeO-Deck observation level is second to none.   Read More...

However, if you want to experience a small part of a Cowboys life then you really should take a private tour out to Mesquite. It is here you will find the weekly Mesquite Championship Rodeo where you get to feel the thrill of the rodeo and watch the sometimes horrendous spills. There is nothing like it anywhere else in Dallas.

Shopping is very popular and excellent here and it should be when you think it was Dallas that had the first planned shopping centre in America.

A little trivia on Dallas, it was in this city that the frozen margarita machine was invented!

Top 10 Things to Do in Dallas 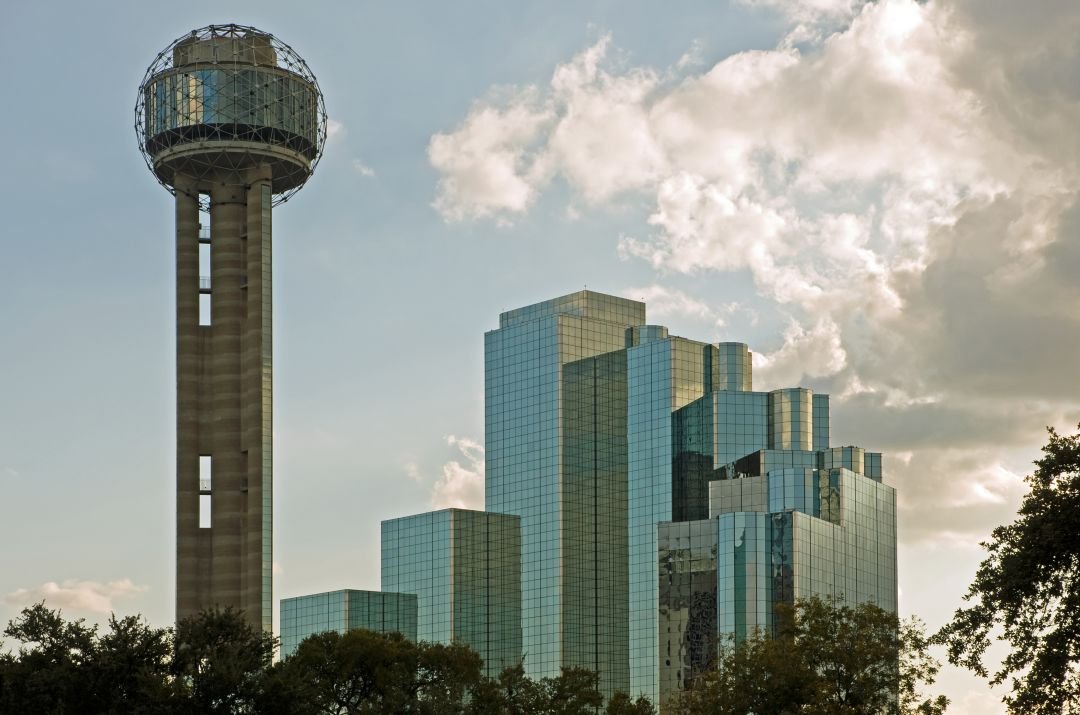 1 No sightseeing tour of Dallas would be complete without a visit to Reunion Tower. It is not the tallest building in Dallas but is certainly the most iconic skyscraper with its geodesic ball at the top. It is a fabulous place to dine in the evening in the revolving restaurant, but if you are not eating, then the GeO-deck observation level will allow you to see the spectacular views of the city by day or better still by night.
President Kennedy and the 6th Floor Museum

2 Take a guided tour of President Kennedy and the Sixth Floor Museum. It was from this sixth floor of the Texas School Book Depository that the fatal shot was taken to assassinate President John F. Kennedy in November 1963. Learn the detailed account of the assassination and President Kennedy’s legacy. There are accounts of his presidential campaign and his term as president with photos and artefacts.
Klyde Warren Park

3 It is well worth a visit to the Klyde Warren Park when you are on a sightseeing tour of the city. It is the central gathering and green space for locals and visitors in Dallas that is built over the recessed Woodall Rogers Freeway. Take a stroll along Chase Promenade or Hart Boulevard, visit the Botanical Garden, laze around on the lawns or get food from that day's food trucks because they change daily.
Nasher Sculpture Center

4 You do not have to be into art to appreciate some of the finest works of art you get to see on a guided tour of Nasher Sculpture Center. It is home to the Raymond and Patsy Nasher Collection which features masterpieces by Miro, Picasso, Kelly, de Suvero, Giacometti, Calder and Rodin to name a few. It was a longtime dream for the late Nasher's to open a centre where their collection and many others could be displayed.
Dallas Arboretum and Botanical Garden 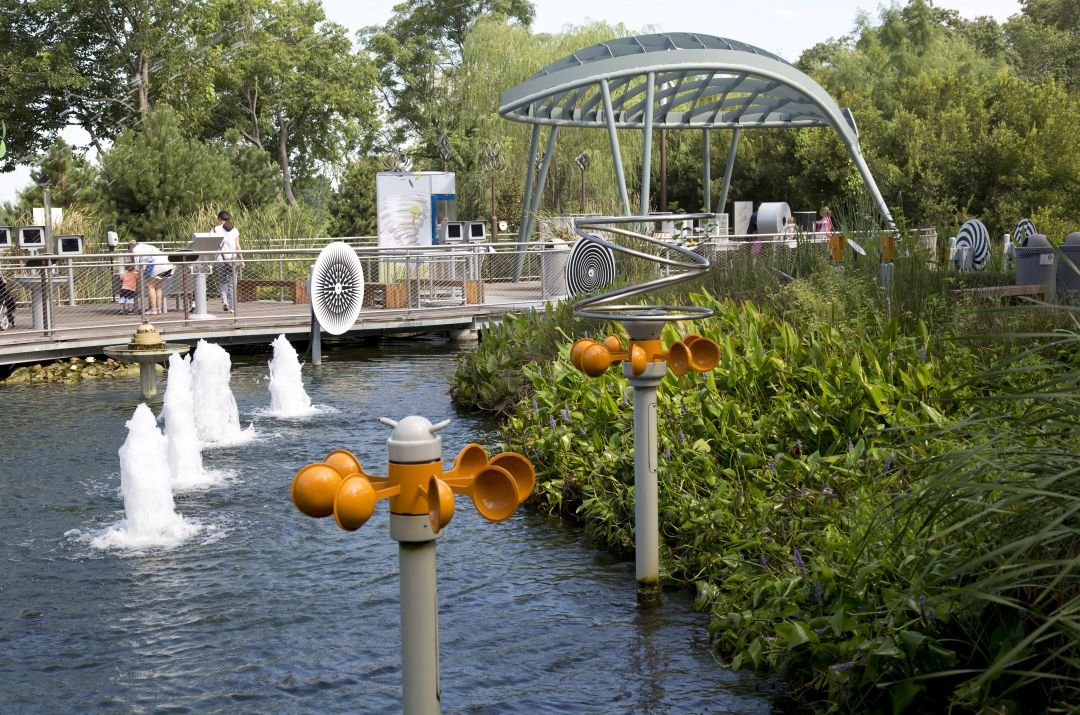 5 Take a guided tour of the Dallas Arboretum and Botanical Garden which is nestled along the shores of White Rock Lake. This is a most enchanting and magnificent oasis of horticultural that is unparalleled anywhere else in America. There are endless seasonal flowers, ornamental shrubs, trees and exotic plants. There are lots of great things for kids in the Rory Meyers Children Adventure Garden too.
George W. Bush Presidential Centre 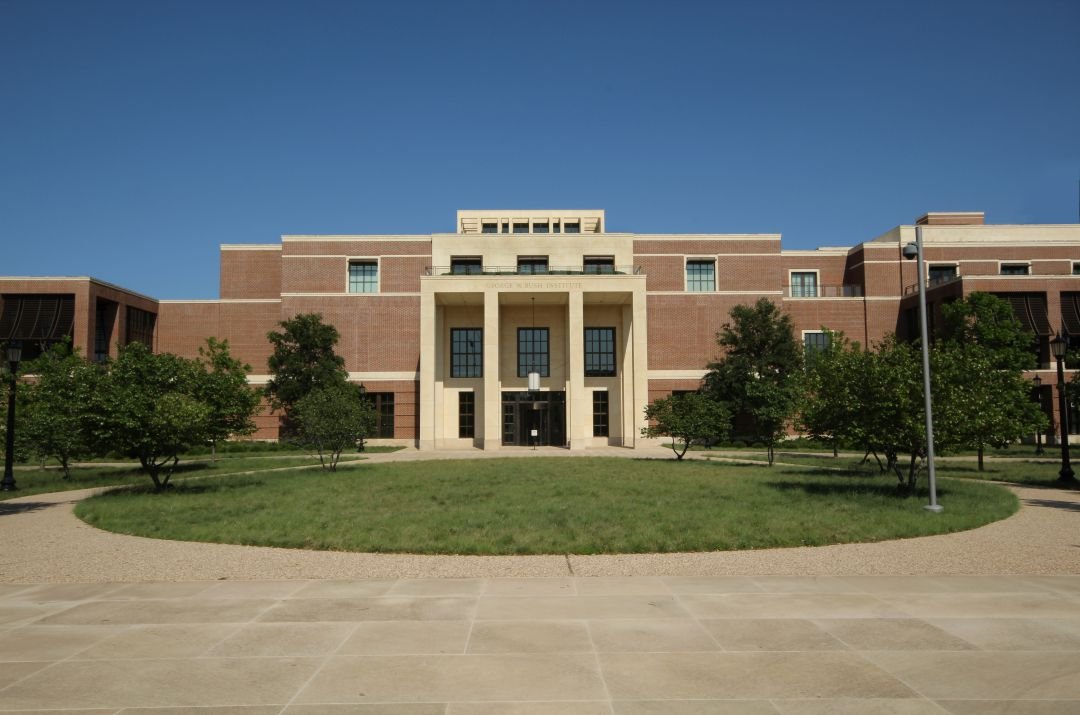 6 Take a guided tour of the George W. Bush Presidential Centre which is one of three in Texas and one of Fourteen in all of the US. In the museum, you can see such things as a full-scale replica of the oval office when Bush was there, a ravaged steel beam from the World Trade Centre and the Glock pistol Saddam Hussein had when captured. Also, there are thousands of gifts given to the President and First Lady from foreign heads of State.
Dallas Heritage Village at Old City Park

7 On a very interesting guided tour of the Dallas Heritage Village at Old City Park, you get to experience what life was like in North Texas during the 19th and 20th centuries. It is a living museum, so actors are dressed in clothing related to the time in history they are portraying. There are thirty-eight furnished and restored buildings which includes a log cabin, a Greek Revival style mansion, a shotgun house and a farmstead.
Mesquite Championship Rodeo 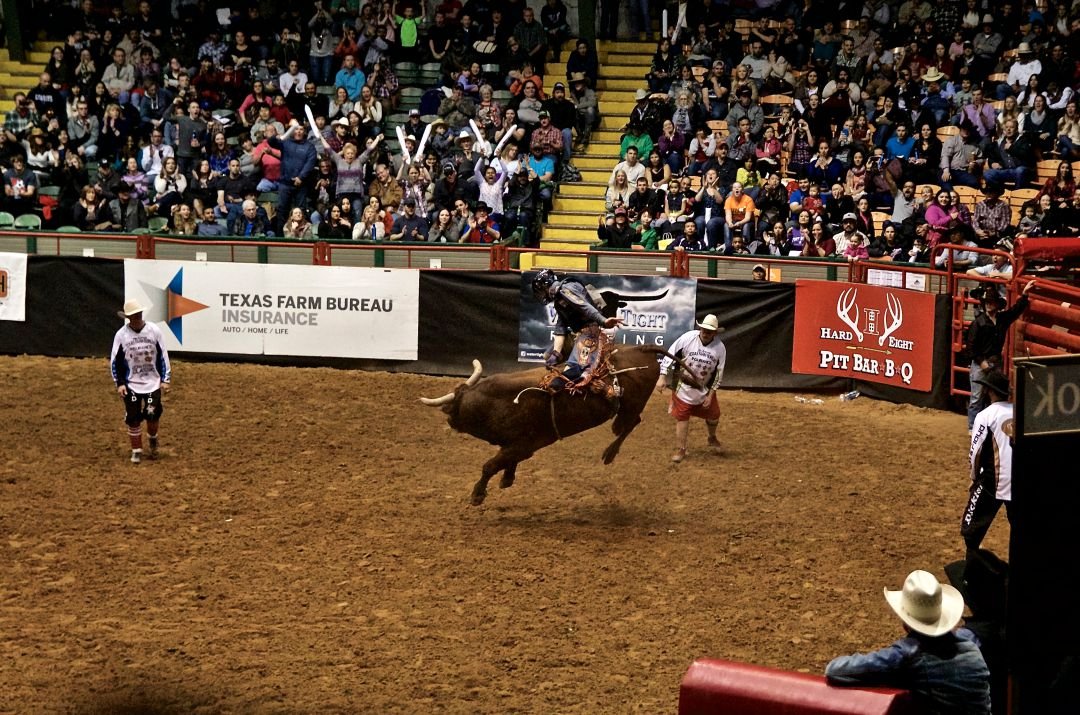 8 Another place that should be seen on a tour is the Mesquite Championship Rodeo which is located just outside of Dallas. These Rodeos are held weekly, and it is a fantastically entertaining experience, especially if you enjoy seeing grown men and women being thrown from wild horses and bulls occasionally done to the music of hip hop! There also is pony rides, face painting and a petting zoo for kids to enjoy.
Dallas Farmers Market 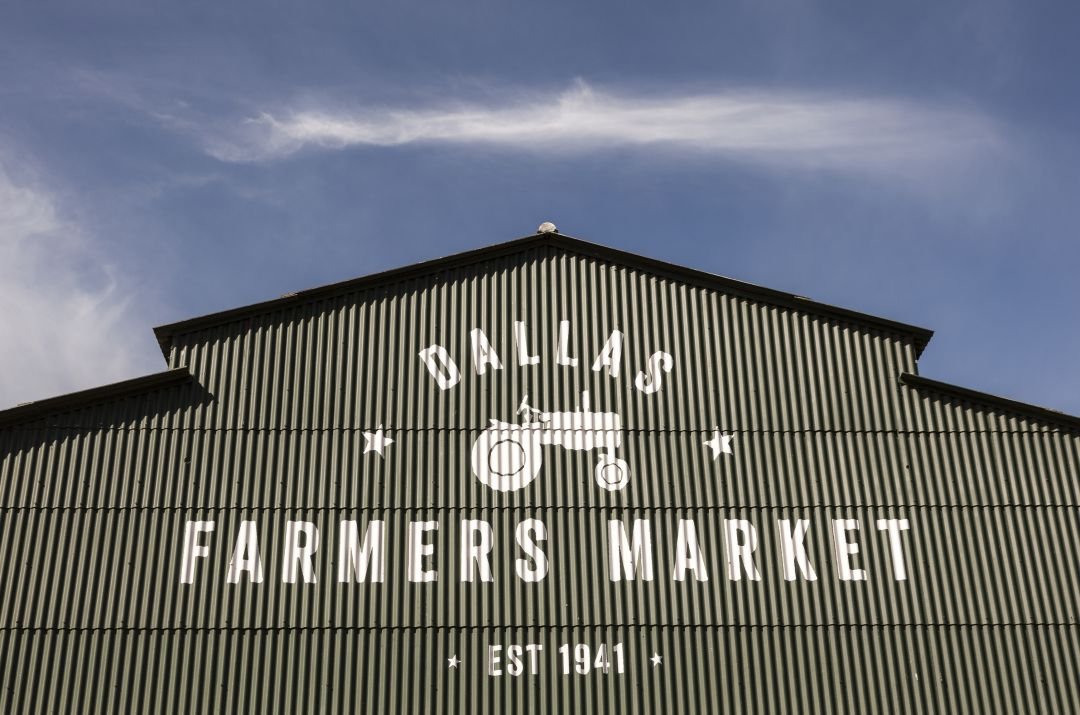 9 On a city tour of Dallas, make sure you stop off at the Dallas Farmers Market which is found in downtown. It is recognised as the largest markets in the state especially after its recent makeover which included an extension. There are over 150 vendors selling their produce at stalls in the open air pavilion, but now there is a huge food hall. This market is also host to other activities such as yoga classes and cooking demonstrations.
Dallas World Aquarium 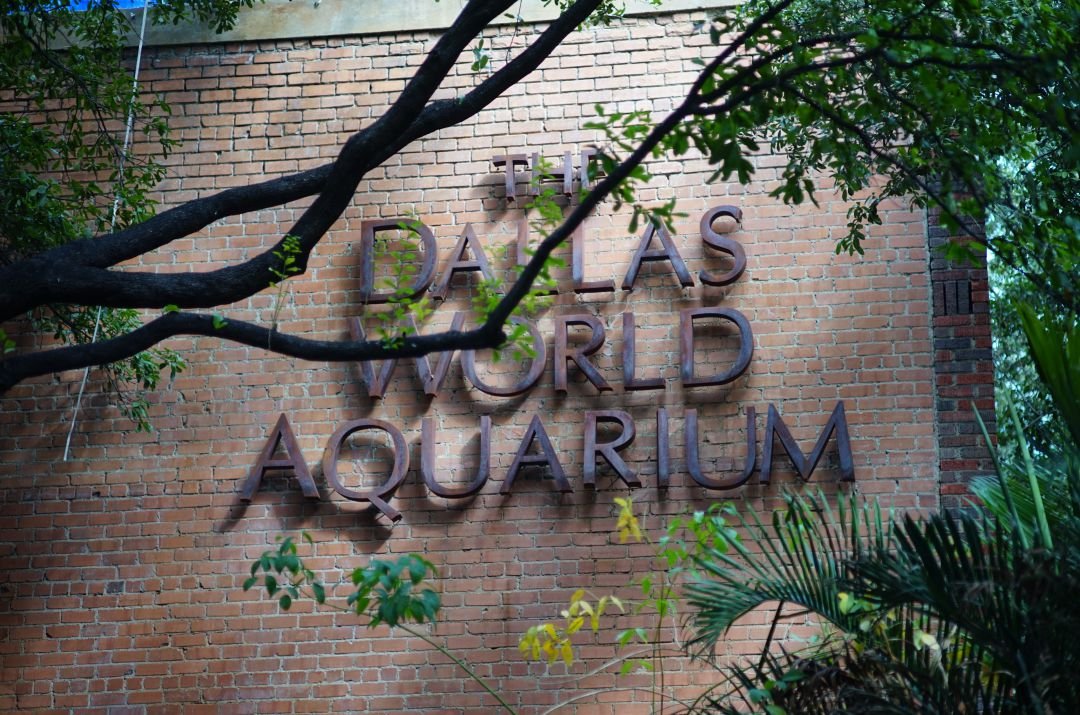 10 Take a tour of Dallas World Aquarium which is not just an aquarium. It explores many natural environments under the one roof and there is certainly a huge range of wildlife,  not just marine or aquatic. There are wonderful species of animals and fish of the Orinoco Rainforest in South America such as the golden lion tamarind monkeys, huge spiders, crocodiles or piranhas. See the animals unique to the Australasia in the Borneo section.

Dallas is a destination that you can visit all year round, but there are times during the months of June, July and August when the weather can get extremely hot. A really nice time to visit is during September and October when temperatures are more comfortable and it is ideal for going on guided tours or sightseeing tours. March and April is similar too. Winters are long and unpredictable with some snowfall.

The prices in Dallas are very good for tourists. On average during peak season a tourist will spend US$180 on three-star food, accommodation and guided tours a day. This will, of course, go down during the off season months. There are more expensive or cheaper places to eat and stay when you are visiting Dallas and the type of budget you have to spend on places and things will decide where you eat and sleep!

It is always advisable to do your research on the destination you are travelling to and the sightseeing tours that are on offer. If possible, book in advance of travelling any tours you want to go on. When you are in Dallas, always apply sunscreen when going out into the sun, have water with you if it is extremely hot. Never carry more cash than necessary at any one time as there are pickpockets everywhere in the world.

The temperatures start to climb each month steeply from January to July, stay the same July and August before starting decline steeply every month until December. January temperatures are normally around 11 degrees Celsius rising around 40 degrees Celsius in July and August. The 'wettest' months are April, May and June but there is normally a little rain at some stage every month, so always have a light raincoat with you.