To visit all the idyllic, imaginative and incredible cities on a private tour in Italy, you will not be disappointed at all. There are few places in Italy that will not offer a visitor something of interest to see or do.

Italy is famously known for being a long peninsula that is in the shape of a knee-high boot, and due to this, it is surrounded by water on three sides and borders France, Switzerland, Austria and Slovenia on the forth (north) side.
Would you be very surprised to learn that Italy is the fourth most visited country in the world? Not when you realise the amount of different tourists attractions in all the cities stretching the length and breadth of Italy; Italy has the most UNESCO sites in the world with 50, the Vatican City where people come to see the leader of the Roman Catholic Church, the Pope, and with mouthwatering cuisine and fine wines, of course, it is an idyllic and popular place to take tours.   Read More...

Have you ever really noticed that over the centuries there have been influences from Italy gradually and subtlety integrating into other countries all over the world?

When someone thinks of fine leather items, Italian leather jackets/ boots/ bags or shoes are probably their first thoughts. When you have friends around to watch a match and have a few drinks, what food do you think of having? Pizza!

Let's be fair, what would the world be like without; the fashion of Milan; the fast cars from Ferrari; the magical music from such opera artists as Luigi Pavarotti; the canal city of Venice to dream of a romantic breaks; weekends without pizza or wine from a country that is the world's largest exporter and that is only naming a tiny few things that we can be thankful to Italy for. Then you have the influence Italy has had on architecture worldwide and the famous artists that are still envied and copied today.

Top 10 Things to Do in Italy

1 Visitors to Northern Italy are able to visit the Italian Lake District, which stretches across the entire region and provides tourists with an amazing visual feast. The largest lake in the district is Garda, which gives visitors on guided tours, the chance to take in the views from the northern mountains, while Como's forested slopes that rise directly from the edges of the waters attract their fair share of attention as well.
Naples

2 Naples is one of Italy's most bustling city areas and the capital of the Campania region. The city gives tourists the chance to visit a range of historic sites. There is a vivacious nightlife in Naples, to add to its amazing selection of shops and restaurants. Food lovers will enjoy having the chance to consume pizza in the city of its birth. Take a private tour to nearby Pompeii or the Bay of Naples from here.
Cinque Terre

3 For those who do not understand Italian, Cinque Terre also means the "five lands." The villages of Riomaggiore, Monterosso, Manarola, Vernazza and Corniglia each provide their own unique tourist experience and the most incredible views that you will ever see. Hiking aficionados will be sure to appreciate the centuries-old paths that lead to gorgeous landscapes and coastal views. There is a paved Blue Trail that connects the villages.
Sicily

4 Sicily is the largest island in the Mediterranean Sea and it comprises of several tinier isles. You can take a two-mile private tour from Italy to Sicily by travelling the Straits of Messina. If you are interested in history, then a tour of Sicily will tell you of the great Mediterranean civilisations who lived here. Sicily is also home to Europes tallest active volcano and an experience not to be missed.
Milan

5 Milan was once near destruction during World War II and is now one of Europe's wealthiest cities. Fashionistas flock to Milan from all over the world to browse through their high-end shops and visit fashion shows while art historians come to see The Last Supper, Leonardo da Vinci’s most famous painting. Milan is also home to the La Scala Opera House and the world's single largest Gothic cathedral.
Amalfi Coast

6 This area is nestled in the region of Campania. Tourists on Sightseeing tours of natural beauty are drawn to this part of the country as it stretches for roughly 30 miles along the Sorrento Peninsula, for the picturesque coastline viewSome of Italy's most ritzy resorts are here, the area is considered to be a must-see destination for couples on a romantic getaway. The towns of Positano, Amalfi and Ravello, have unique features.
Venice 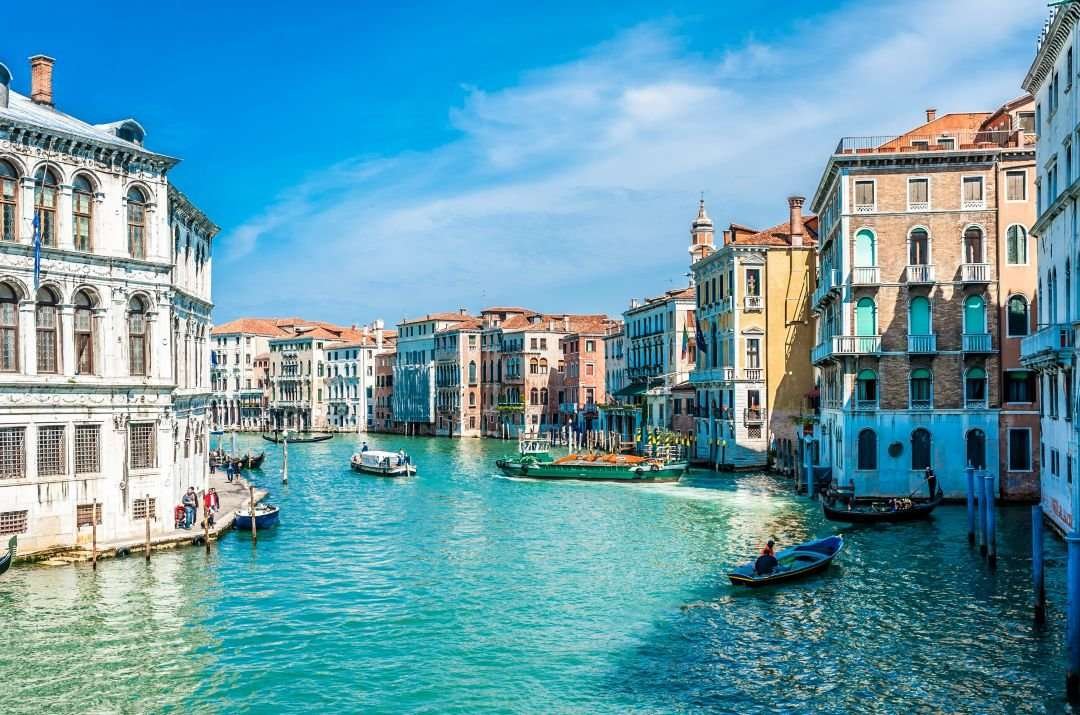 8 Pompeii is not just a popular private tours, of Italy, destination; it is one of the most popular tourist destinations in the entire world. The city is most famous for being buried under a pile of volcanic ash during the infamous Mount Vesuvius eruption, and it has yet to be unearthed completely. Take a guided tour to learn more of the day to day existence of ancient Romans and see the city's remains by walking along the streets.
Rome 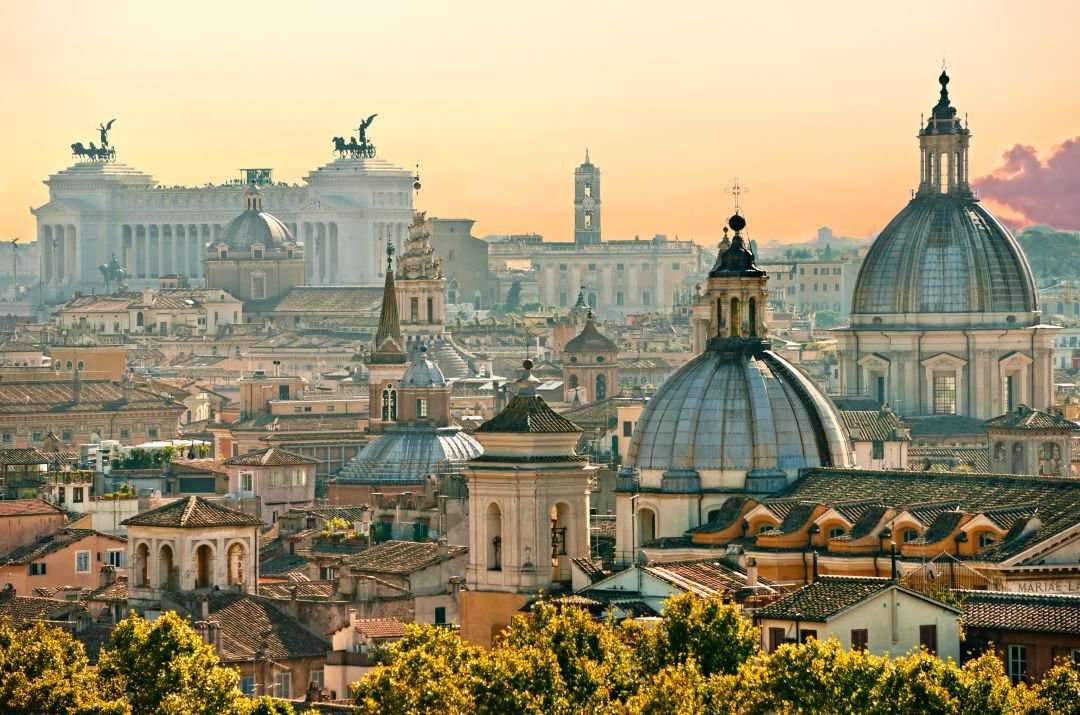 9 Formerly known as the Roman Empire capital, Rome is now the nation's capital. It is centrally located in the region of Lazio and manages to maintain both a modern and historic appearance. Rome houses a wide range of ancient structures, in addition to the Vatican City and has stood for over 2,500 years. The city serves as a powerful intersection between religion, power and culture and best seen on a guided tour.
Tuscany

10 Tuscany is a famous region in Italy and most travellers imagine correctly what it will be like before getting here. Visitors can head to Florence to explore Renaissance art or partake in a classic Chianti wine tasting. Siena contains many ancient works of art, the world famous Leaning Tower of Pisa is located in Tuscany and beachgoers will be more than happy to spend time in Elba, the largest of the Tuscan islands.

Choose our Colosseum and Vatican Private Tour to visit the two most popular highlights in Rome in just five hours with a local, private guide.

Private Tour of The Vatican With Early Entrance

Book our private tour of the Vatican with Early Entrance. If you are looking to visit the Vatican ahead of the general public this is the tour for you.

Private Boat Tour of the Islands Murano, Burano and Torcello

Enjoy a half-day private boat tour to discover the marvels of the lagoon surrounding Venice: Glass Island of Murano, Fishermen Island of Burano and Eternal Island of Torcello

Venice From The Water: The Most Charming Way to Discover!

Learn Venice history and culture and anecdotes about the most famous buildings and people that once lived along the most beautiful “high way” of the world!

Our Best of Rome Private Tour is for those who want to discover Rome’s most famous highlights with the help of our private dedicated guide.

Choose our Vatican Highlights Private Tour and explore all the Vatican’s must-sees in 3 hours. Maximize your time in the huge galleries, entering with skip the line ticket.

Our V.I.P private tour of the Vatican is perfect for families; you get early entrance into the Vatican, take the stress out of visiting during high season.

Private Vatican Tour Including Cabinet of the Masks Access

Our Vatican Tour with Cabinet of the Masks is the ultimate VIP visit to the Vatican: early entrance, skip the line, private guide and the chance to visit the restricted area

Venice Tour for Families: meet our kids-oriented guide for a 2 hours private tour of Venice the whole family will enjoy!

No waiting in line, priority entrance with private dedicated guide that will show you the Vatican wonders. She will maximize your time and personalize the tour for you.

On our Early access Vatican & Sistine Chapel Tour, through the words of one of our top guides you will be provided with, Vatican wonders will be brought to life.

Private Panoramic Tour of The Great Dolomites Road From Bolzano

Private Daily Panoramic Tour by car "The Great Dolomites Road" - Discovering the Western Dolomites. Benefit from a private tour for your party only.

Our Evening Walking Private Tour of Rome gives you the opportunity to explore Rome at its most magical when the city starts to light up and stopping at the most famous spots.

Choose our Trastevere and Jewish District Private Tour of Rome and a private guide will be with you for a 3-hour through medieval Rome.

With this tour, Ancient Rome will come alive! It will be a fascinating experience where parents and children will discover the Roman Empire and its famous emperors.

Book your Tour of Venice and St Mark’s to visit the heart of Venice with its impressive St. Mark’s Square, Doge Palace, Bridge of Sighs and Basilica of St. Mark

The Heart of the Dolomites Experience from Bolzano

Private daily Tour by car: two excursions in one: the Great Dolomites Road and the Eastern Dolomites. Discover 90% of all the Dolomites in just one day

Join our Private Tour of Baroque Rome: a licensed private guide will lead you in a journey to 17th century’s Rome. Travel on the footsteps of Bernini and Caravaggio

Looking to spend some time away from the city during your stay in Rome? You may never have heard of Santa Severa Castle, located in the Lazio region, a must-see with kids!

Categories
Latest Reviews
Visit Idyllic, Imaginative, Incredible Cities on a Private Tour in Italy
4.6 out of 5 based on 1947 reviews.