Bangkok is the capital of Thailand with a population of over 11 million inhabitants, by far it the biggest city.  Its high-rise buildings, traffic congestion, heat, and exclusive nightlife may give you the wrong impression don't let that mislead you. This city is awesome, so take a Bangkok Private Tour and get more bang for your buck.

It is one of Asia's most exciting cities with magnificent palaces and temples, authentic canals, markets and a vibrant nightlife with something for everyone.

For many years, it was a small trading post on the banks of the Chao Phraya River, until King Rama I, decided to turn it into the capital of Siam in 1782, after the burning of Ayutthaya by Burmese invaders but they did not take over Ayutthaya.

Since then, Bangkok has turned into a national treasure house and functions as Thailand's spiritual, cultural, political, commercial, educational and diplomatic centre.  Read More...

Bangkok Thailand is a foodies dream destination; on a private Bangkok sightseeing tour you will be enjoying noodles or a local delicacy on the street with the sights and smells of this country, and nothing will ever taste the same again.

The mix of flavours and spices (salt and sweet) makes this a unique experience.  While there are no pristine table clothes or waiters at the food stalls, the street food is the way to go in Bangkok.

The city is diverse in its food culture with many mixes of alternative foods and cultures, take a guided Bangkok Private Tour around this dynamic city and check it out.

Top 10 Things to See and Do in Bangkok Sightseeing Tours

1 On Private Tour visit the Grand Palace Bangkok, it took three years to build in the late 18th century by King Rama I and is the official residence of the current monarch (although he does not live there, it's used for ceremonies only). The temple of Wat Pra Kaeo, home to the famous Emerald Buddha this 15th-century icon whose robes are rotated 3 times a year by no less than the King of Thailand himself.
Wat Traimit (The Golden Buddha) 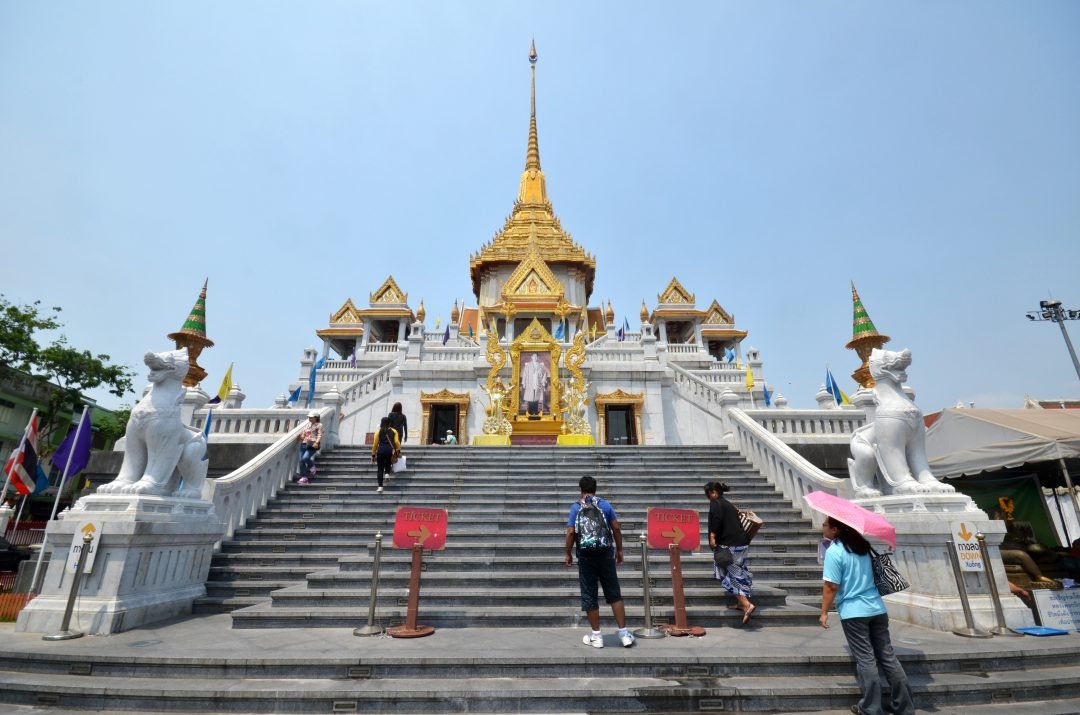 2 The main attraction at Wat Traimit is undoubtedly the striking solid-gold Buddha image, gleaming like gold and sculpted in the elegant Sukhothai style. The image was 'discovered' over 40 years ago when some decorated plaster dropped from by a crane while it was moved to a new building within the compound. It has been theorised that the covering was added to protect it from marauding hordes. This is a must see with a Private Tour .
Lumphini Park

3 Lumphini Park or Lumpini or Lumpinee, is a 142-acre park in Bangkok Thailand. The park offers rare open public space with playgrounds and trees and has an artificial lake where visitors can rent boats. Paths around the park are very popular for evening joggers and tourists to take a leisurely stroll. On a Private Tour of Bangkok see the impressive Statue of the King at the south-west entrance.
The Floating Market

4 With a Private Tour of Bangkok, head over to the famous and unique floating markets. Take off for a Half Day Tour and see the traders banter and barter with tourists and locals alike. While this may not be the best place in Bangkok for shopping per say you will be going for the experience of seeing how these amazing people pull this market off and of course the colourful photo ops and the food.
Jim Thompson House 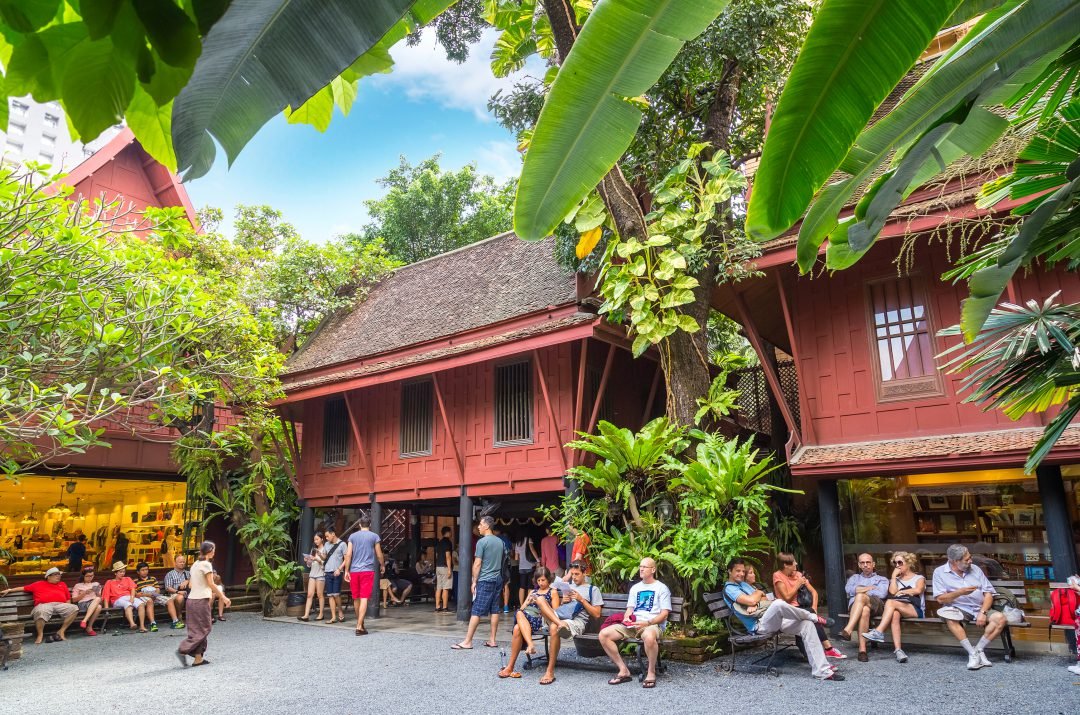 5 Jim Thompson was a famous silk merchant who disappeared under very mysterious circumstances in the 1950’s. On a Bangkok Private Tour to his home, you will see a real work of art, and it is a real treat. He gained worldwide recognition for successfully rebuilding the silk industry in Thailand. Jim was so famous that is was said if you sent him a letter and only addressed it to Jim Thompson Bangkok he would receive it!!
Ayuthaya

6 The City of Ayuthaya discovered in the 1300’s located on the Chao Phraya River in Thailand. It was once the capital of the Thai Kingdom, Ayuthaya is sitting on an Island surrounded by 3 rivers. Take a Bangkok Private Tour and see what was once called the most magnificent city on earth. It had 3 Palaces and over 400 temple’s it’s a very popular tourist attraction in Thailand, and one of the top ten must-see places in the region.
Temple Hopping

7 Bangkok is filled with history, temples, and ruins; there are about ten major temples in this dynamic, beautiful City. On a Private Tour, you will see the influence of many designers and architects who worked on these magnificent structures. On a one day tour is it possible to see all these sites but if you have the time spread out your sightseeing do it to appreciate them all. If your time is short visit the Temple of Dawn for sure.
Chinatown 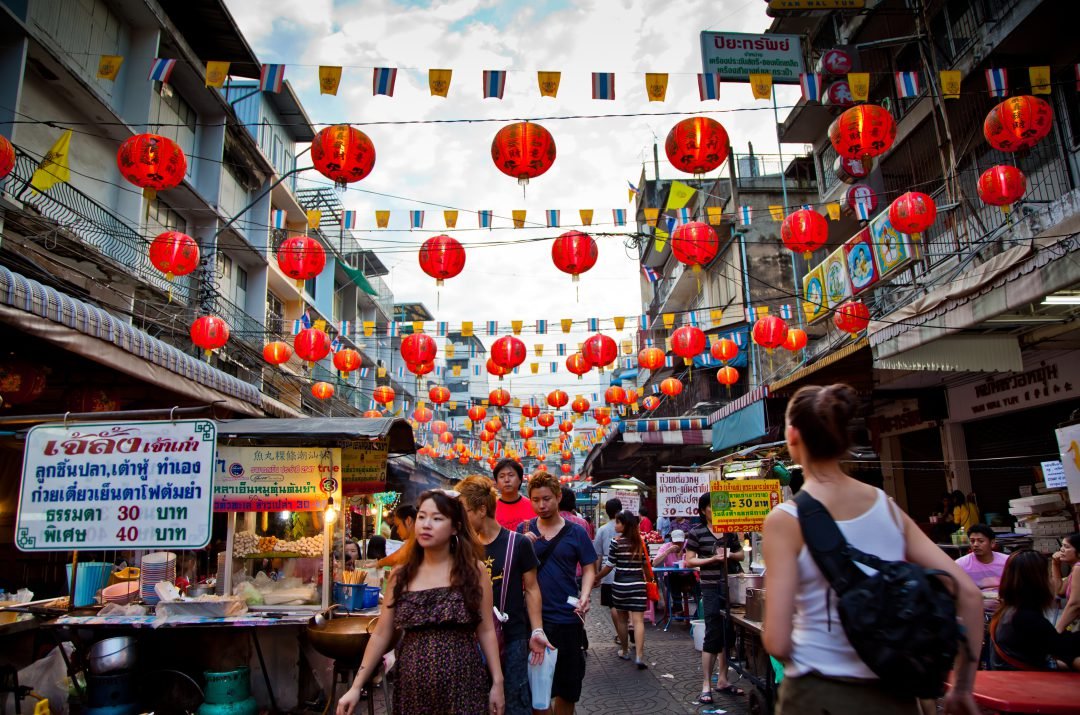 8 On a Private Tour of Chinatown take a walk among the beautiful lilies, birds of paradise, orchids and Klong Talad Pak in the flower market and absorb the atmosphere and beauty of this wonderful place. See the award-winning and new food stalls and grab a bite on the go from the vendors or sit down and relax with a hot tea and watch the local people get on with their day in this busy but exciting district.
Dusit Zoo 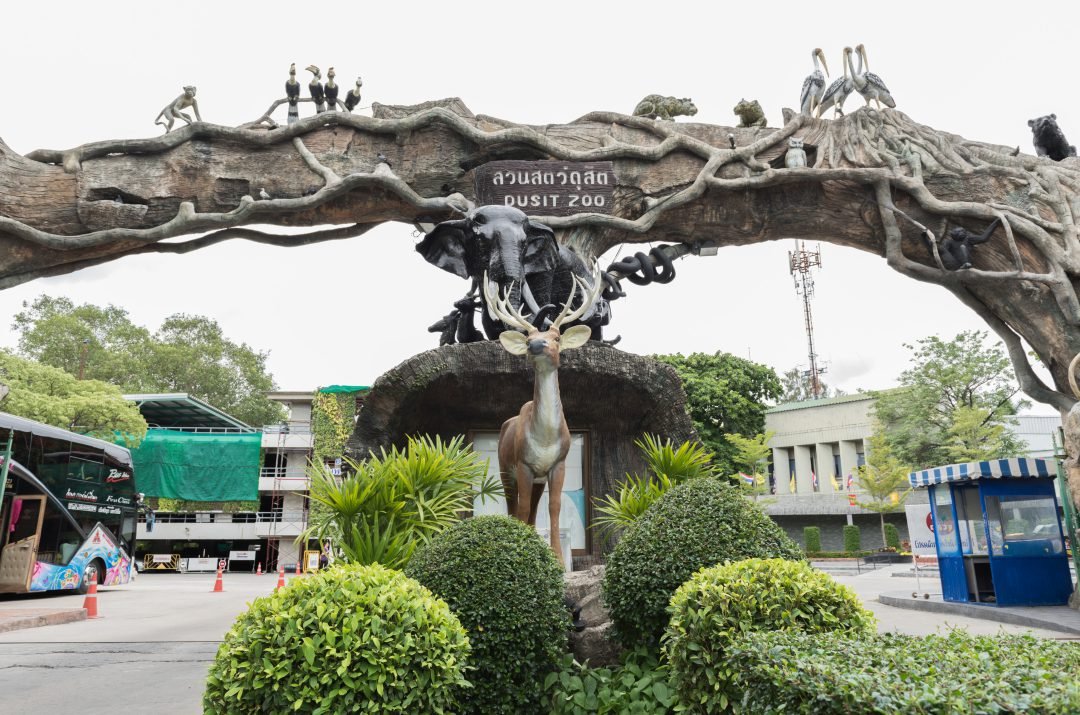 9 The first zoo in Thailand, built over 60 years ago, in the middle of the administrative centre of Bangkok, the Zoo is surrounded by famous buildings including the Chitralada Palace. It is a fully functional park with an animal hospital, training centre, and museum. With a Private Tour take the tourist train to the zoo and see more than 1,600 animals there, watch out for the albino barking deer and white Bengal tigers.
Vimanmek Mansion 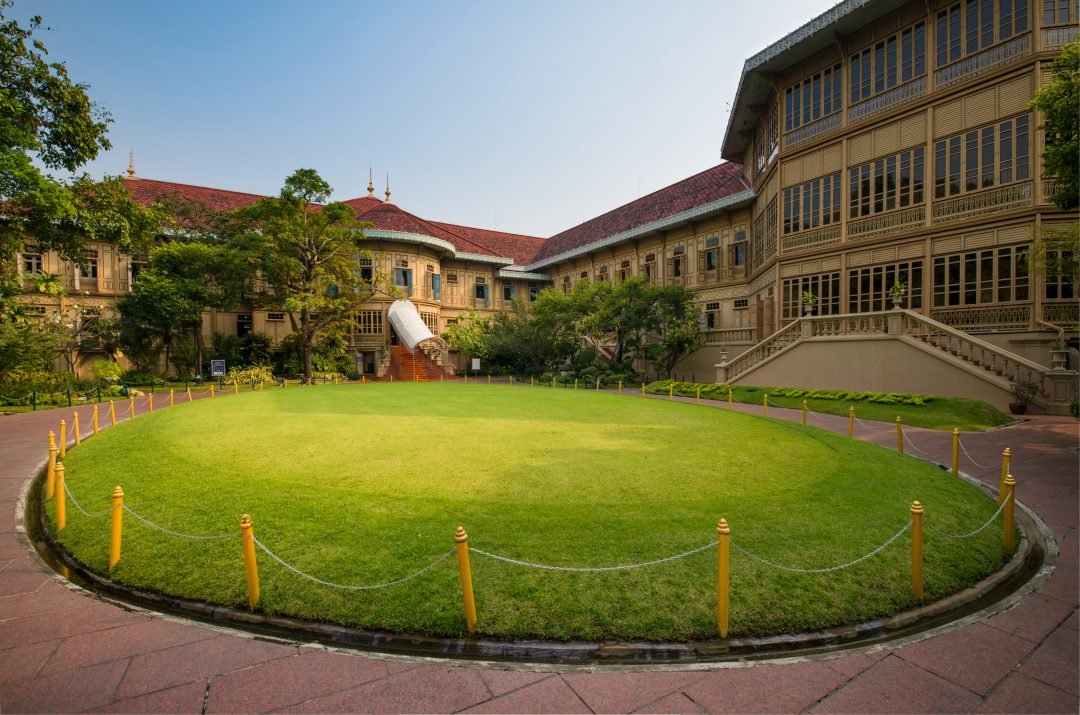 10 On a Private Tour take in the splendour of the Vimanmek Mansion as you tour Bangkok - Built in 1900’s by King Rama V, this palace is the largest teak mansion in the world. Today it houses the Museum of National Heritage, Thailand, and also has beautiful gardens and canals to explore the terrain. Now it is filled with collections of antiques, old photographs, porcelain, and memories of the reign of many Kings.

Every season in Bangkok sightseeing tours have a distinct amount of charm, and the city is at its best at any time of the year. The peak season is from November and March when the tourists visiting are particularly high. March April and May are hot hot hot so beware. December to February is regarded as the cold months and is the perfect time to do a guided tour of Bangkok on foot.

Accommodation in Bangkok can be found for next to nothing, but be warned that the absolute bottom end gets you a low standard. Places get better and better the more you can spend. The transportation and attractions cost very little as well; you can keep yourself entertained on a very low budget. And of course food is not only excellent in Bangkok, but it’s famously cheap as well with meals costing approximately US$1 and up.

Always travel by taxi at night but make sure the meter is on and take tuk-tuks during the day try to agree on a price first. Never talk about the King actually never even mention his name. On a Private Sightseeing Tour, you can visit temples, palaces or any places of worship always cover your elbows and knees as a sign of respect. Nothing is ever free or cheap if it seems too good to be true it is, trust your instincts.

Bangkok has a monsoon climate, so it is humid and hot, and usually remains that way all year around. March, April, and May are the hottest months so be prepared. December to February are the cold months, in the evening times, temperatures can drop below 20dc. 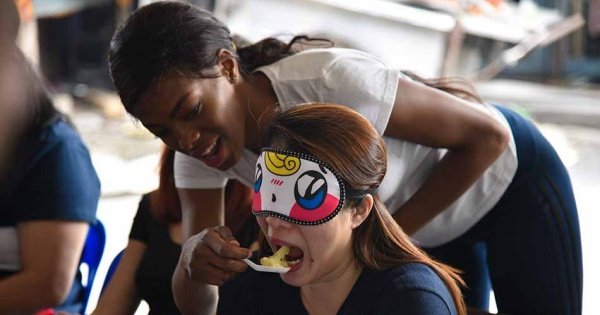 A complete tour in Bangkok to give participants a cooking lesson and teach them to cook like a Thai or allow them to taste and recognize distinctly Thai flavors. 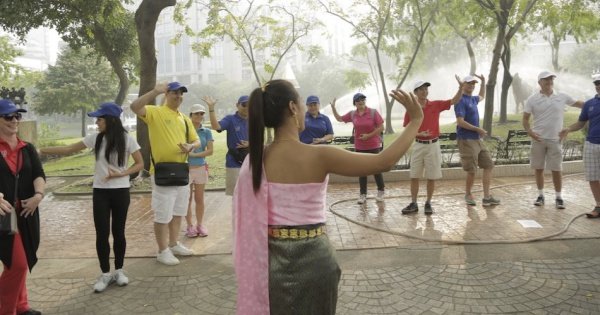 The Cultural Trail is an ideal and unique way to learn more about Thailand’s culture. Spend a day discovering the charms of the typical lifestyle in Bangkok. 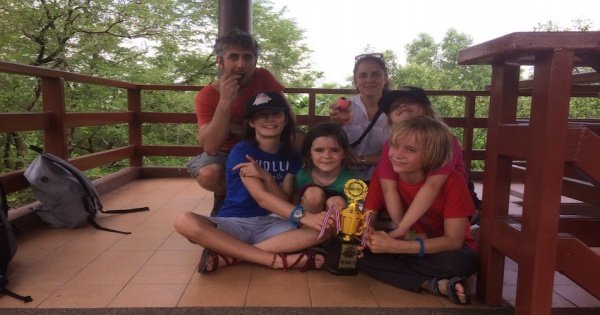 It is a way to discover Bangkok with all your family. This is the best tour to discover Thai culture, Bangkok and have lots of fun and laughter with family and friends! 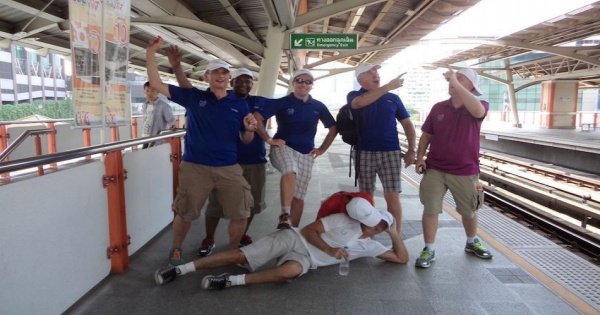 The Ultimate Trail is a mix of the best part of our three trails : The Cultural Trail, The Gastronomic Trail and the Sport Trail.

Looking for a sporty tour of Bangkok? This trail will take you through the most popular sports widespread in Thailand. This route promises a day full of fun and challenges. 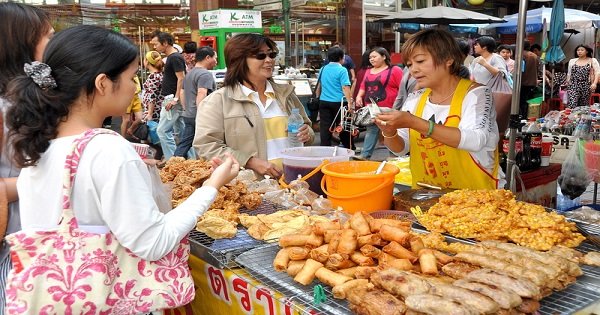 Take a Chinatown street food tour and discover some of the best food that Bangkok has to offer in this vibrant part of the city.

A Tour of Khlong Lat Mayom, the Most Authentic Weekend Floating Market in Bangkok

Take an unforgettable boat tour of Khlong Lat Mayom, the Most Authentic Weekend Floating Market in Bangkok and how the locals live on the water 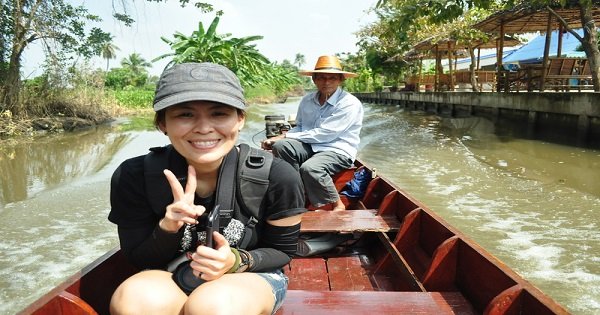 A Sightseeing Boat Trip of the Khlong Mahasawat Canal

Enjoy a sightseeing boat trip of the Khlong Mahasawat Canal and visit beautiful lotus and orchid farms as well as a floating village.

Ghost Tour: the Love Beyond Death of Mae Nakphrakhanong

Do You Believe in Ghosts? Ma Nakphrakhanong or Lady Nak of Phrakhanong Is One of the Most Famous Ghost Stories in Thailand. In Fact, She Is More Than Just a Mere Myth. 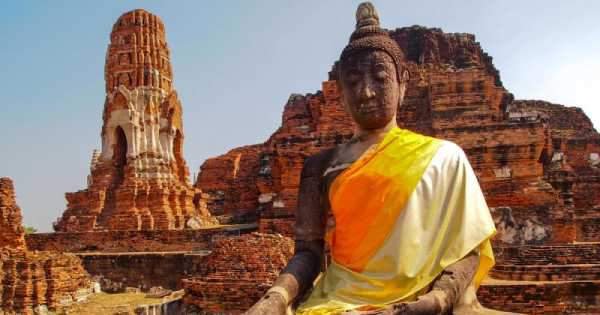 Ayuttaya in a Nutshell - Historic City

Travelling from Bangkok to Ayutthaya by a public van, let's discover the old town by TukTuk. The places we will be visiting includes: a local floating market, WatMahatat. 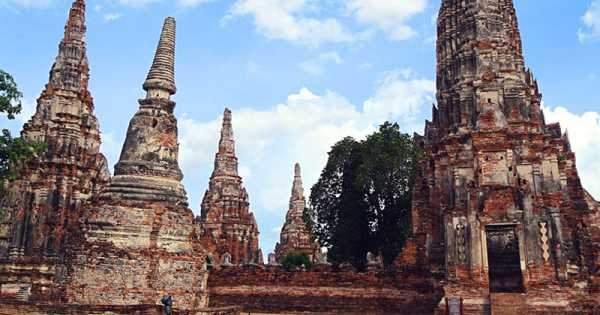 Let's Travel Back in Time, a Local Fantastic Day in Ayutthaya

From Bangkok to Ayutthaya, we will be showing you around this famous ancient city and get you to experience what Thai culture and also its people once were like. 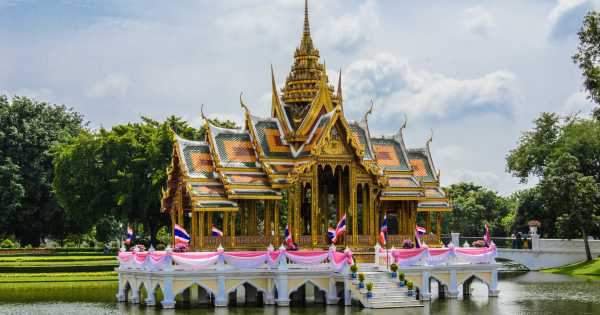 You will have the opportunity to visit most of the famous temples, the icon Ancient city and Bang Pa-in Royal Palace in Ayutthaya.

So nice to see the quieter side of Bangkok It really is a great day out of Bangkok's easiest green getaway, KoKret is an artificial island. 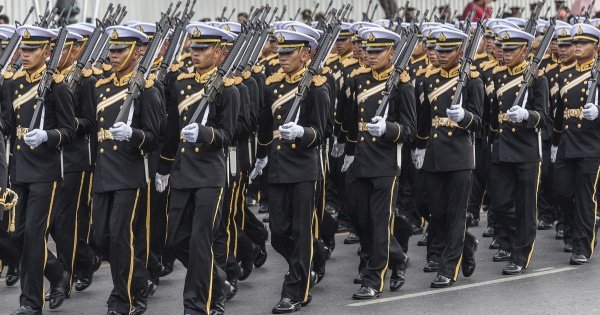 We Are Going to the Home of Leaders, the Place Where Men Will Start Their Life as a Soldier. CRMA Is Very Important School for the Thai Army, Here We Will Do Sightseeing.

Go on a Train Tour to Kanchanaburi Province

Take a Train, Sightseeing Bridge Over the River Kwai, Visit a Beautiful Waterfall, Try Good Food. Join Me on This Fun and Local Trip. 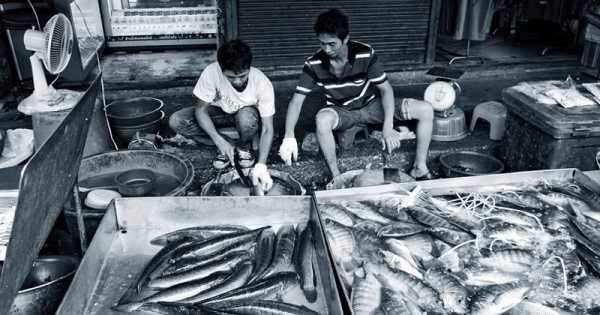 To the Busy Community of Klongtoey Fresh Market

Explore Klongtoey fresh market and observe the local liveliness. During this trip, you will some Thai words and local stories also. It's going to be interesting. 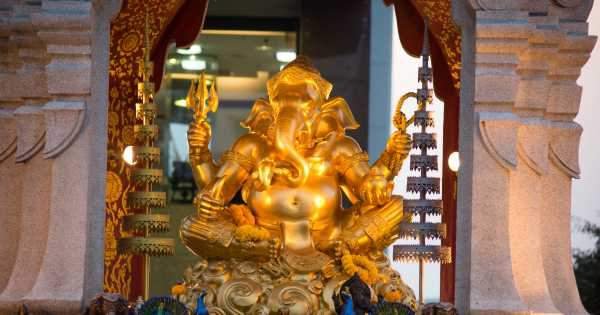 Chachoengsao is a province in south-central Thailand, east of Bangkok. It's an agricultural hub centred around the Bang Pakong River, which runs the length of the province. 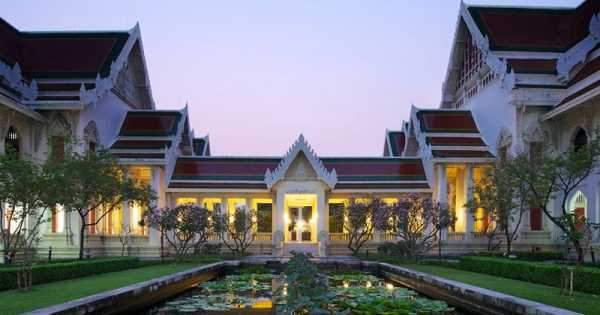 We will visit these lovely secret local places in the heart of Bangkok including Chulalongkorn University - the Oldest University of Thailand. 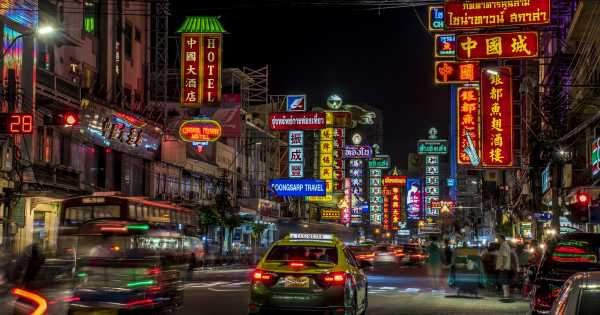 See the authentic China town with someone who was born and raised there. Walk around and try local foods and snacks. Visit Chinese temples and see the bustling of Chinatown.

All In One Day Ayutthaya Tour with Private Car From Bangkok

From Bangkok to Ayutthaya, we will be showing you around this famous ancient city and get you to experience what Thai culture and also its people once were like.