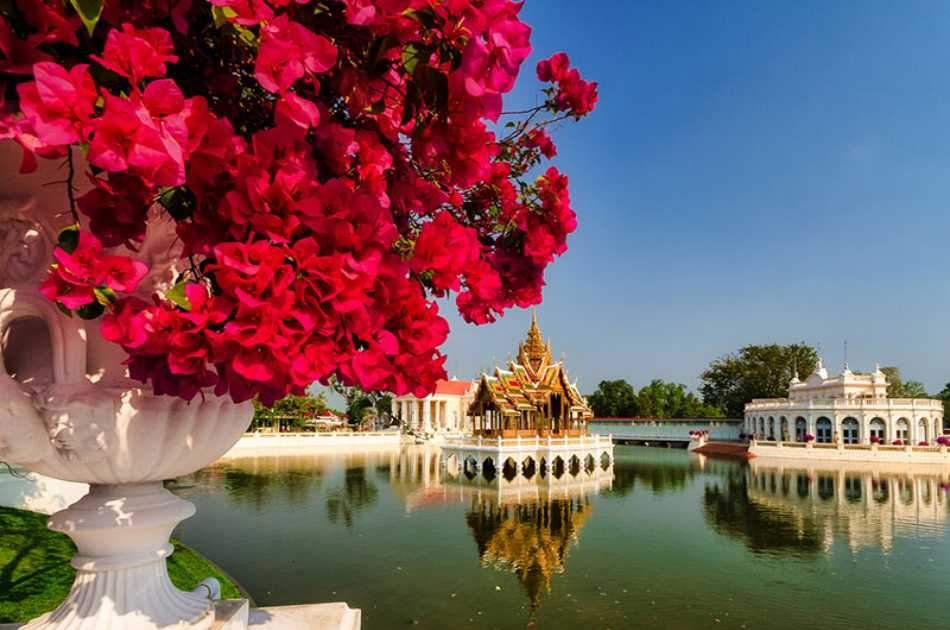 From USD
per person
$ 72.00
Price varies by group size

We will meet up at our meeting point  - MRT Station (Chatuchak Park) or BTS Station (Mo Chit).
First temple: WatPhananChoeng - very renowned temple in use in Ayutthaya. It is influenced by Chinese settlers in the past. There is a giant Buddha statue located inside.
Second temple: Wat Na Phra Meru. It stands rising tall nearby the historical park of Ayutthaya.
Third temple: WatMongkhonBophit. It dated back over hundreds of years old. After many reconstructions, it is now the heart of Buddhist Ayutthaya inhabitants.
Visit the Historical Park where all the destroyed are located. You will get to feel how the city was like over 400 years ago.

You will see the lovely elephants and get to feed them, at Wang chang Ayutthaya. We will have lunch at Bend market. Bang Pa-in Royal Palace or known as Summer Palace.
Fourth temple: WatNiwetthammaprawat. It is very special because it is a Buddhist temple but built in Gothic style just like at Cathedral!

When the Sukhothai Kingdom was established by King Indraditya in 1780, its buildings were designed in shapes that were symbolically Buddhist. This continued to evolve throughout the Ayutthaya Period, with architecture regarded as one of its peak achievements and a graceful expression of Siam’s power and culture.