For History and Intrigue? Great Idea to Take a Private Tour of Giza

For a holiday that includes both history and intrigue, it is a great idea to take a private tour of the city of Giza. Situated to the west of Cairo, Egypt’s capital, you will find this amazing city. This governorate is a city in its own right; however, it is mainly associated as part of Cairo.

One of the star attractions listed for Cairo is the Pyramids of Giza, but really, these world-class Pyramids are all belonging to this remarkable city.

Giza is gradually increasing in popularity as a destination to stay when in Egypt. With many new tourist hubs being set up. The main hub for food, entertainment and accommodation in Giza is on El Harem Street otherwise known as the Pyramids Street.

It is difficult to believe that this was once a dusty old carriage track from the big city of Cairo to the small peasant village of Giza. How times have changed when you can enjoy great restaurants, accommodation and shopping on this street nowadays.  Read More... 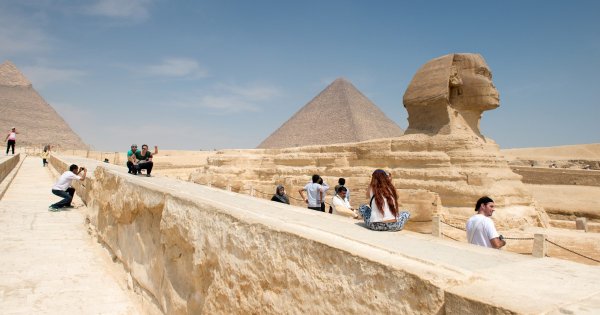 To some, this city is a romantic city with the fabulous sights, stunning sunsets and amazing sunrises colouring the pyramids.

For a very different way to take a sightseeing tour of the Pyramids of Giza, why not go by Camel. It maybe a bit of a cliche but how often will you get a chance like this?

Alternatively, there is the opportunity to ride the desert dunes on the spirit of the Egyptian horses. Start your day riding to the pyramids before spending the rest of the day and night on a campsite in the desert. Now that is romantic!

Top 10 Things to See and Do in Giza

1 Take a sightseeing tour to see this monument of a mythical creature with the head of a human and body of a lion that dates back over 4,500 years. It is the oldest and possibly the most famous statues in the world, an iconic symbol of Egypt in ancient times. With its massive size of seventy-three and a half meters long and twenty meters high made of limestone, The Sphinx of Giza is an impressive and wonderful sight.
Pyramid Of Khafre 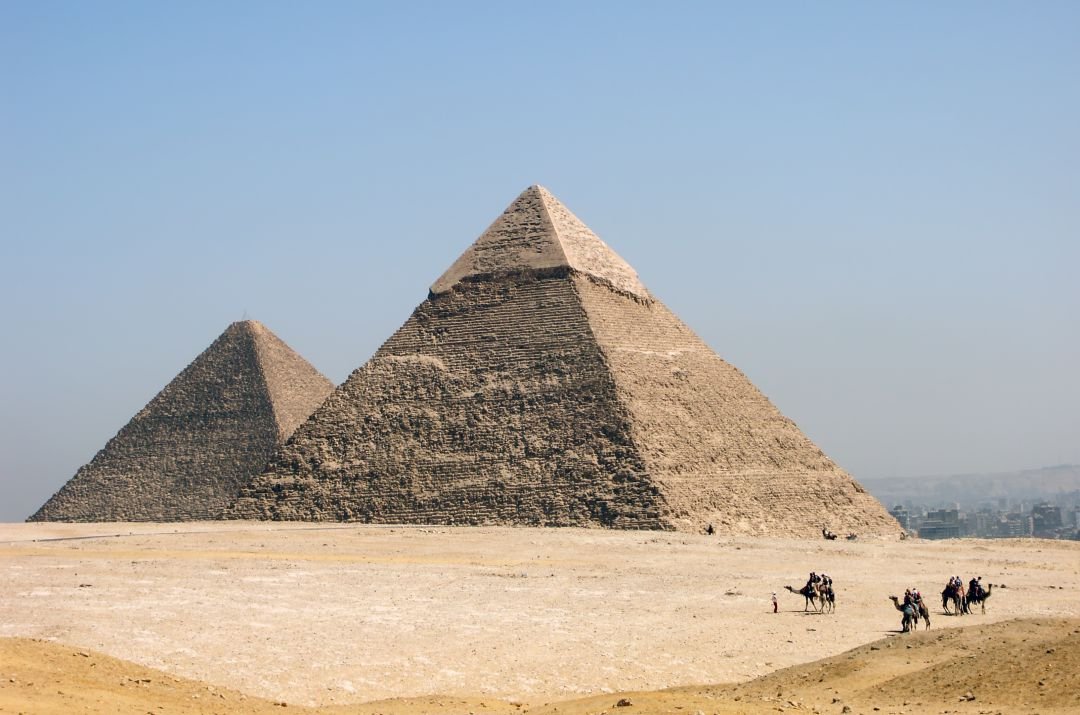 2 This Pyramid is the tomb of the Fourth -Dynasty pharaoh Khafre, the son of Khufu, who ruled from C.2558 to 2532 BC. It is the second tallest and second largest pyramid of the Ancient Egyptian Pyramids of Giza and just another amazing place to see on a sightseeing tour. Khafre's pyramid may not be as big as his fathers, but he made up for it by building at a higher elevation and having a more elaborate complex.
The Ramatan Taha Hussein Museum

3 Take a guided tour of the home of the late Dr Taha Hussein who was the doyen of Arabic literature and the most famous person to do with Egyptian contemporary cultural and intellectual history. His home became a museum after he died and it contains part of Dr Taha Hussein’s seven thousand book library, a gramophone and records of rare musical works from such people as Schubert, Verdi and so much more.
Pyramid of Menkaure

4 On a sightseeing tour, visit the third in size pyramid of the great Pyramids. It is only one tenth the size of Khafre’s pyramid but unlike the others, Menkaure’s pyramid, sparing no expense, was encased in granite where the burial chambers are, on the bottom. After his premature death, the work was abandoned until, it is believed that, Menkaure’s heir, Shepseskaf finished the complex using mud brick.
The Pharaonic Village

5 What could be the most unique guided tour to take in Egypt, is the one to The Pharaonic Village. This historic park is where you learn the history of Egypt in 2 to 3 hours, being transported by floating amphitheatres and hundreds of actors and actress recreating life in Ancient Egypt in this live museum. There is an exact copy of King Tutankhamen’s tomb and all its measures, 12 museums dedicated to varies aspic and periods in Egypt.
Solar Boat Museum

6 The Solar Boat Museum in Giza is an impressive place to take a guided tour. The Solar Boat are large ships that were made out of cedar wood and used in religious rituals during the times of the Pharaohs. In 1954 the parts of one was discovered near the Great Pyramid of Khufu and was restored using the 1,200 pieces of wood excavated. It is now on display in the glass museum near the Great Pyramid.
Museum of Mohamed Khalil 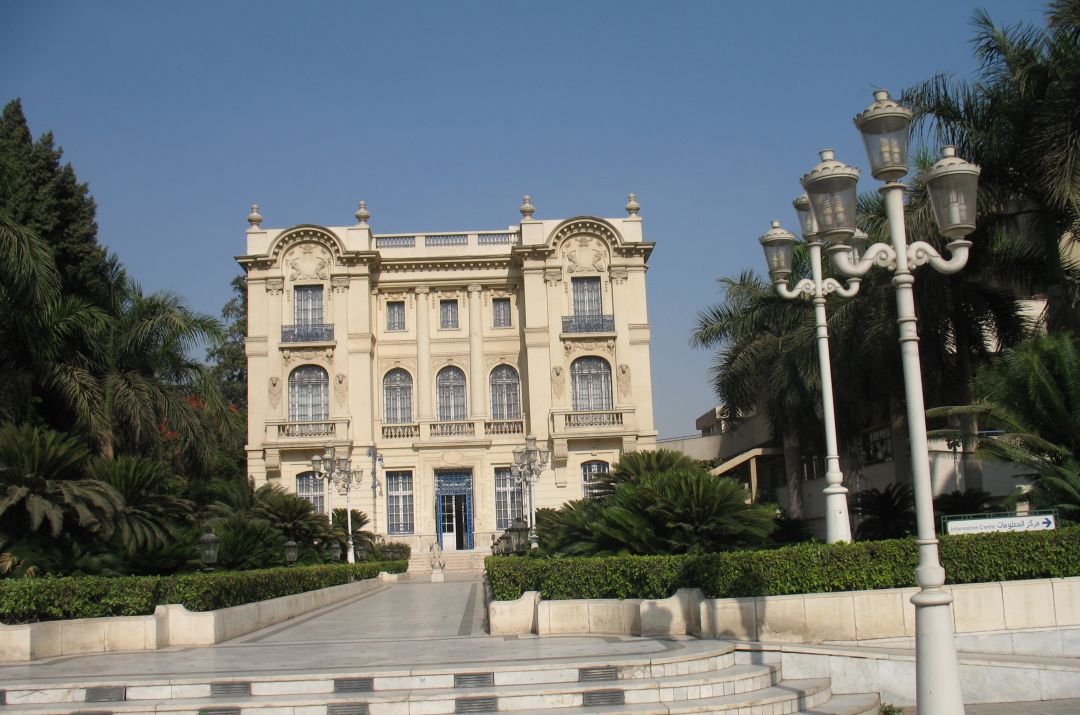 7 The Museum of Mohamed Khalil that is located in Giza is a great place to take a guided tour. Mohamed Mahmoud Khalil and his wife had a huge influence in the fine arts movement in Egypt during the second quarter of the 20th century. After their deaths, their palace and contents of rare artefacts and masterpieces became a museum. The Palace and its French Style architecture is impressive even before you enter and see the amazing exhibits.
Giza Zoo

8 Take a guided tour of one of the few areas in the city of Giza that has greenery, the Giza Zoo. It also happens to include the largest park in Giza too. This densely inhabited Zoo is regarded as on of the most beautiful in the world with the various animals and plant species. See the rare imported plants as you walk the paved paths of coloured pebbles set in stunning mosaic pictures. It is an exhibition of African wild life.
Orman Botanic Garden 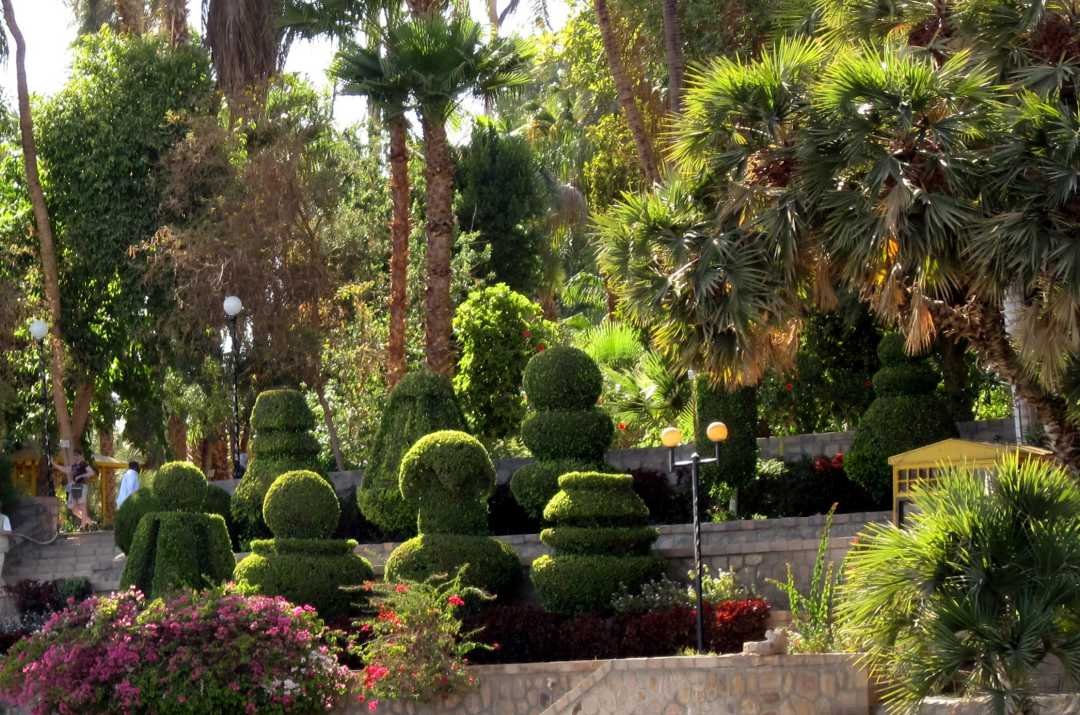 9 These Botanic Gardens were founded in 1875 and a lovely place to take a guided tour. The garden, as a whole, is made up of different and various plant forms that include trees, shrubs, cacti, climbers, herbs and palms. There is plantlife here that is found nowhere else in Egypt. In the El-Orman Herbarium, you will see dried specimens of cultivated and wild plants which include King Farouk’s private collection.
Lebanon Square 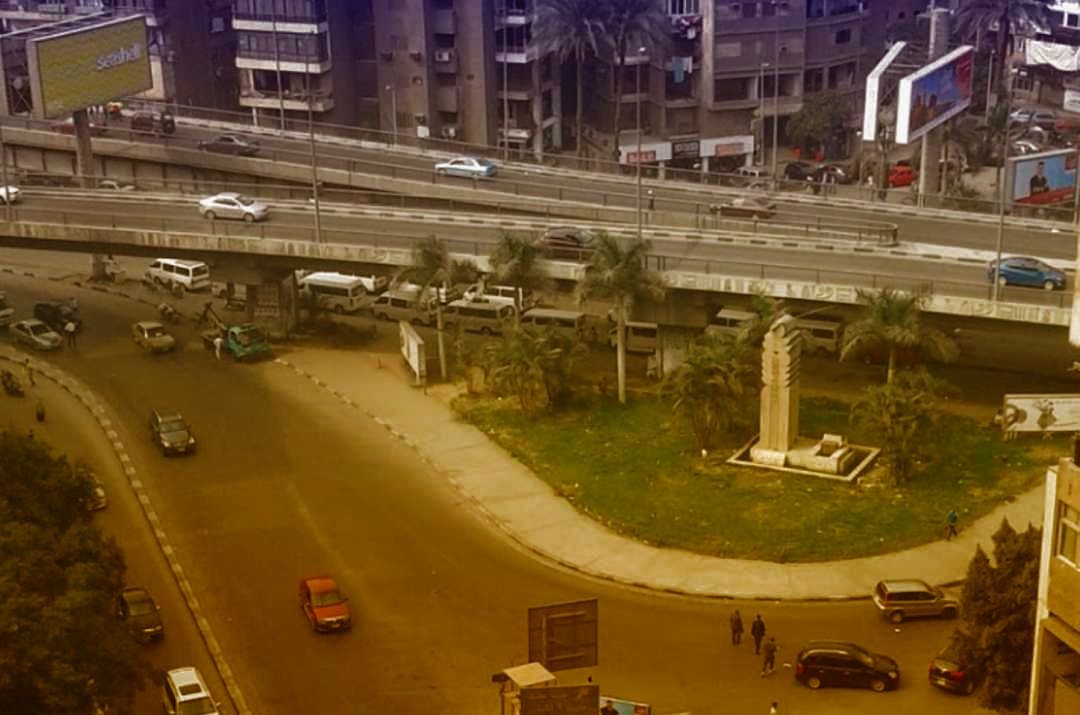 10 While you are on a city tour of the city of Giza, you will venture onto Lebanon Square. Due to the 26th of July Corridor passing through, it is divided into two parts. This area is a hive of activity as it connects many roads. There are lots of great shopping outlets to buy all varieties of stuff. Alternatively, you can enjoy tasty snacks or meals in one of the many cafes and restaurants. Take a tour to see the mosques located here too.

Anytime during the Spring months of March and April or winter months of October and November is a great time to take a trip to the city of Giza. The weather is ideal for sightseeing tours and private tours, the prices are slightly cheaper too and fewer people around. The most popular time, when there are lots of tourists, is December, January and February so depending on whether you are ok with crowds will decide the best time for you.

The costs of accommodation vary with the type of hotel you choose. If you want to spoil yourself then stay in the Mena House, that has had modern prince and princess as guests, but it will cost from US$150 a night. There are other great places, not as lavish, for US$35 a night. The price of private tours will vary from season but also with operators so check around. Travel within the city is cheap and easy. The metro is really good.

Firstly book any private tours or sightseeing tours in advance of going, it may be cheaper and you can work in other things around the tours. During the hot months, be sure to carry around lots of water so not to get dehydrated. It is always advisable to walk in a group rather than walking alone especially at markets as you will not be harassed as much to buy stuff. Be aware of touts, as there are a lot here especially around the pyramids. 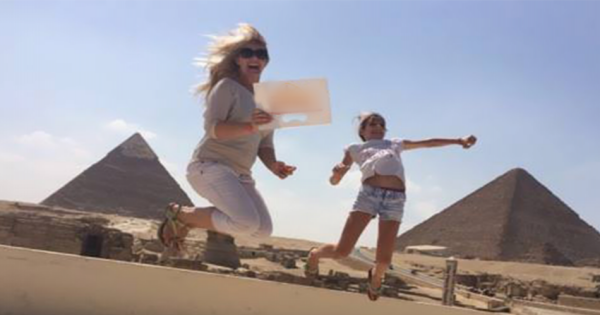 A perfect tour to see the pyramids of Egypt with Egypt Tours Excursions. Visit the Giza Pyramids, the Step Pyramid at Sakkara and the pyramids at Dahshur .

Have an amazing time taking in the beauty of Ancient Egypt. Lay your eyes upon the Giza Pyramids and the Sphinx and take a camel ride between the Pyramids .

This tour offers bridges and weekends for Cairo, the Great Pyramids, the Sphinx, Memphis, and Sakkara. You will also experience the Egyptian Museum, Castle of Saladin.

Visit one of the Seven Wonders of the World! Your guide will take you to the 5000-year old necropolis in Giza , Stand at the foot of the Great Pyramids, built for Cheops. 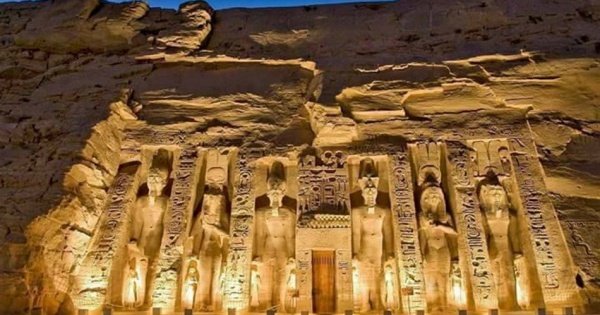 Enjoy this Egypt Holiday budget package for 10 Days and 9 Nights to Cairo, Aswan, Luxor and Alexandria Visiting Ancient Sites plus a Nile Cruise

Visit the Great Pyramids of Giza and the Sphinx followed by the oldest Step Pyramid at Sakkara, and Memphis, the first ancient capital of Egypt

Make the most of your layover in Cairo! Take in the Pyramids of Giza and the Egyptian Museum and then go shopping in one of the oldest markets in the Middle East.

See the Great Pyramids Sound and Light Show at night with a stunning audio-visual display. Learn about the history of Ancient Egypt and the story of the Sphinx.

Have an awesome day tour in Cairo during Cairo layover by private Layover tour from Cairo airport to the Egyptian Museum, Giza pyramids and Khan el-Khalili Bazaar!

Enjoy amazing Private 2 days Tours , visit the Egyptian Museum the largest museum in the world, walk under the shadow of Pyramids, and explore the Islamic and Coptic Cairo. 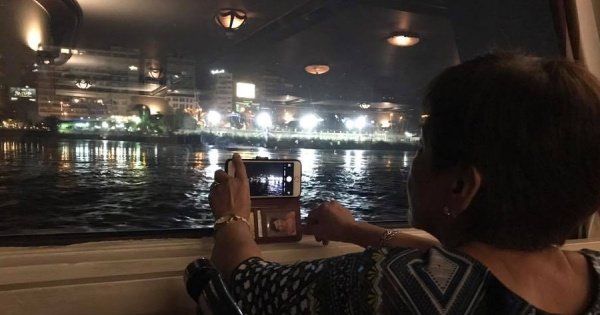 Cruise for 2 Hours along the Nile with Buffet Dinner and entertainment from a Belly Dancer, Tanora Show, Oriental Show and Singer. This tour includes private car and guide. 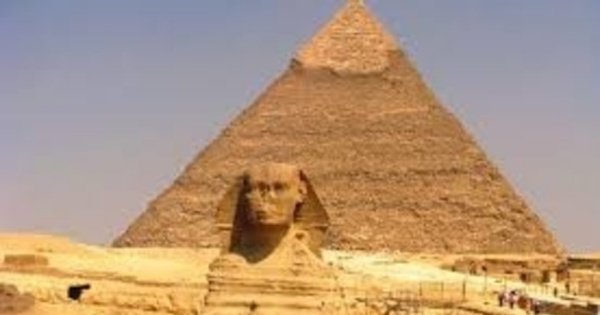 Enjoy a 9-hour guided tour that takes you to the Pyramids of Giza, the Sphinx, Valley Temple, Memphis and Sakkara. Delve into the famous historic world of Egypt.

Our Egyptologist Tour guide will pick you up from your requested hotel in Giza or Cairo to take you on a private half day tour of the wonderful Giza Pyramids by private car.

Cairo - Giza. Cairo, the Triumphant City, known officially as al-Qahirah is one of the world's largest urban areas and offers many sites to see.

Welcome to Egypt! (In Arabic we say AHLAN FI MISR!) Giza or Gizah is a city on the west bank of the river Nile. It's famous for the Giza Pyramids Plateau 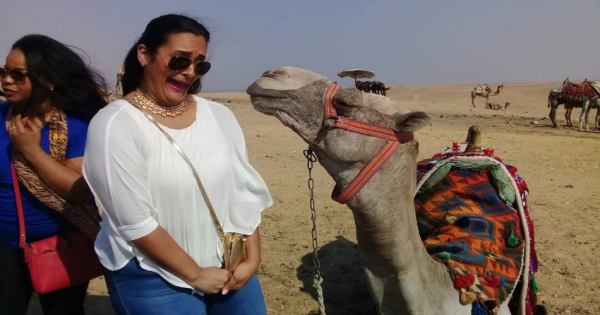 From Cairo: Private Trip to Giza Pyramids and Sphinx + Lunch

Discover the secrets of the ancient world and admire Egypt’s UNESCO–listed treasures on this private 4-hour tour of the Giza Pyramids and the Sphinx from Cairo or Giza.

Enjoy a private 3 day tour to the amazing Bahariya Oasis in the White Desert. Spend memorable nights camping under the stars and days exploring Baharuya Oasis and White Desert

Private day tour to Giza Pyramids by camel where you visit the three Famous Pyramids of Egypt, the Valley Temple and see the magnificent Sphinx

Private Tour Cairo
Filter Results
Categories
Latest Reviews
For History and Intrigue? Great Idea to Take a Private Tour of Giza
4.7 out of 5 based on 17 reviews.