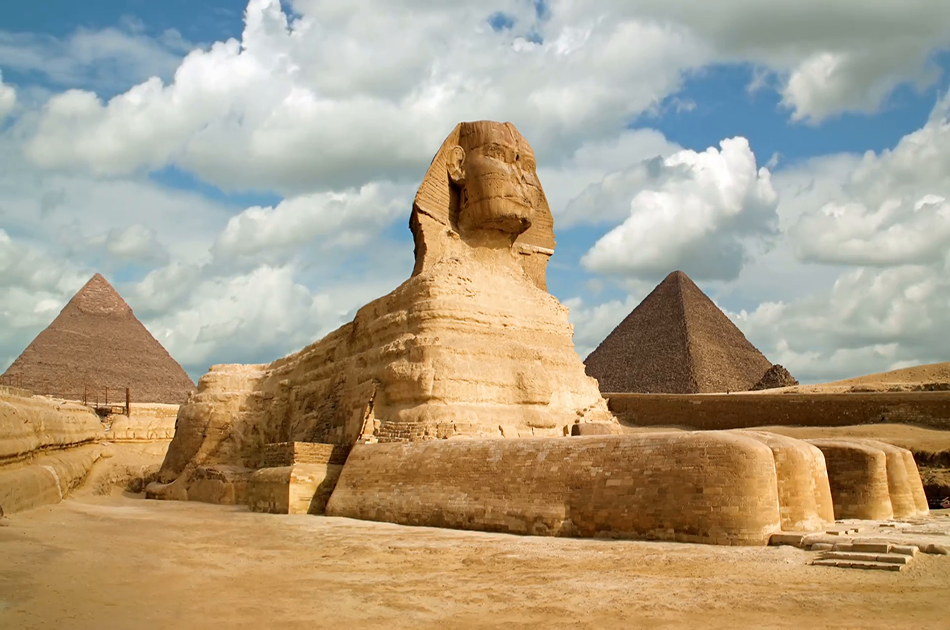 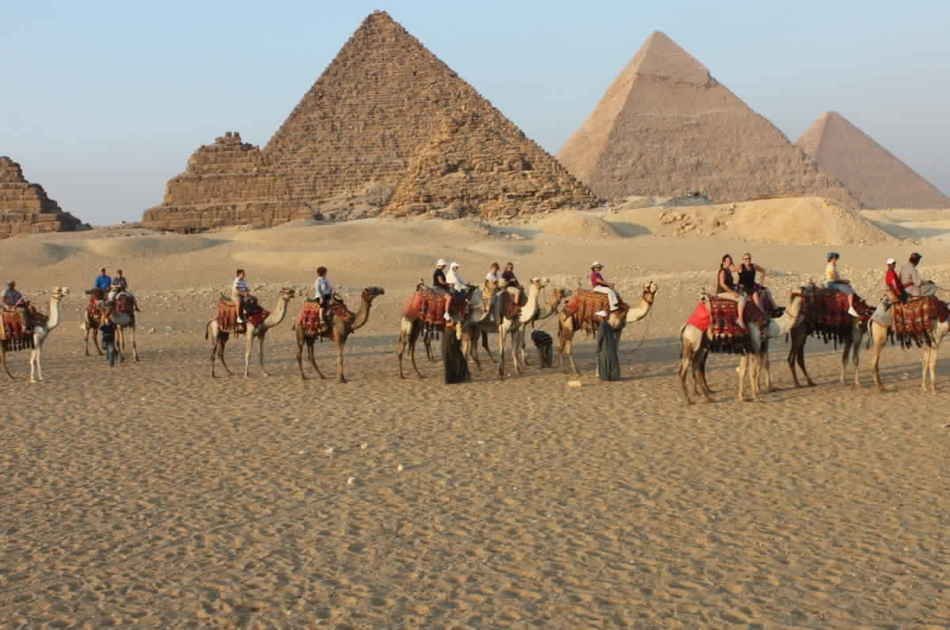 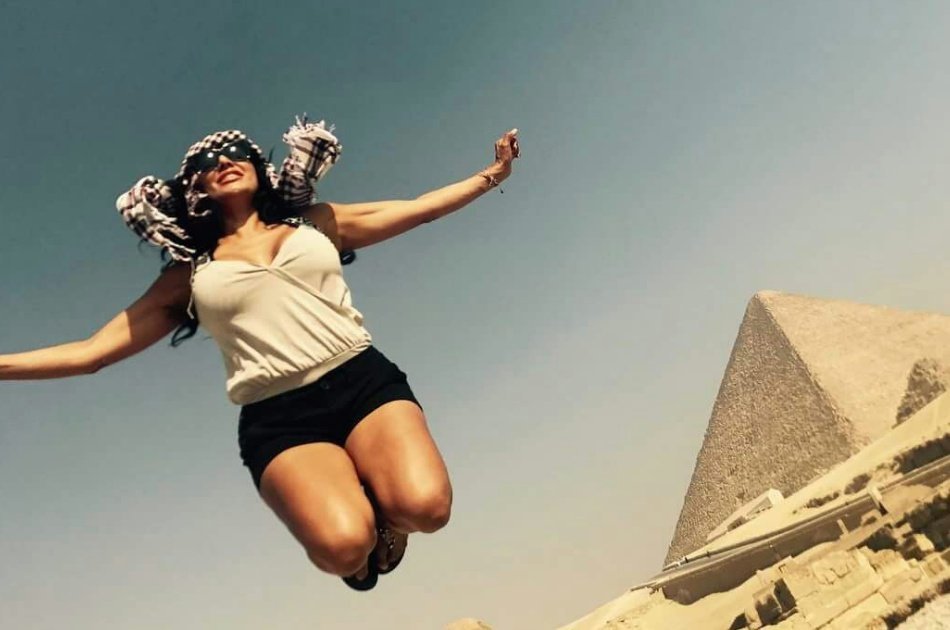 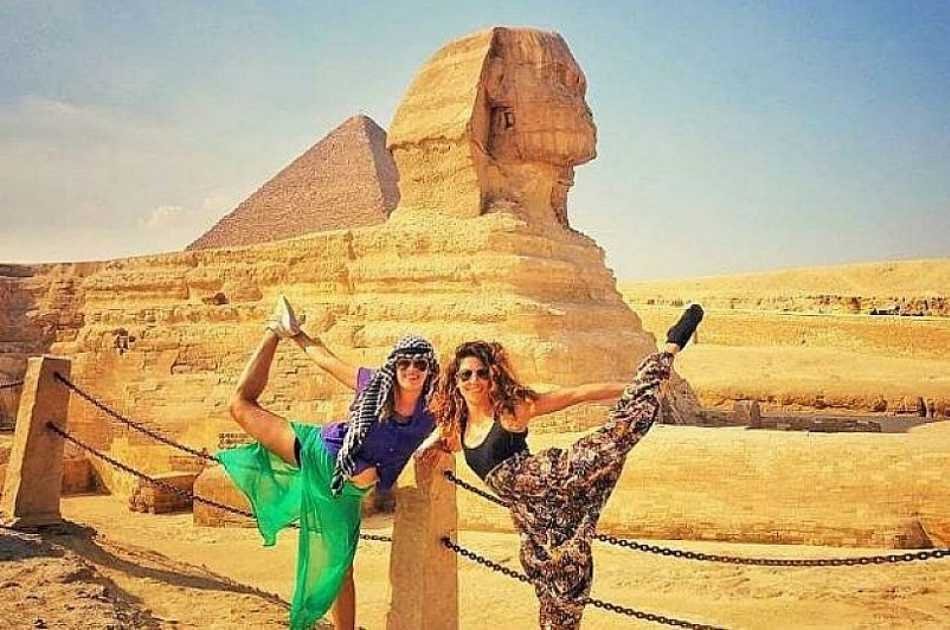 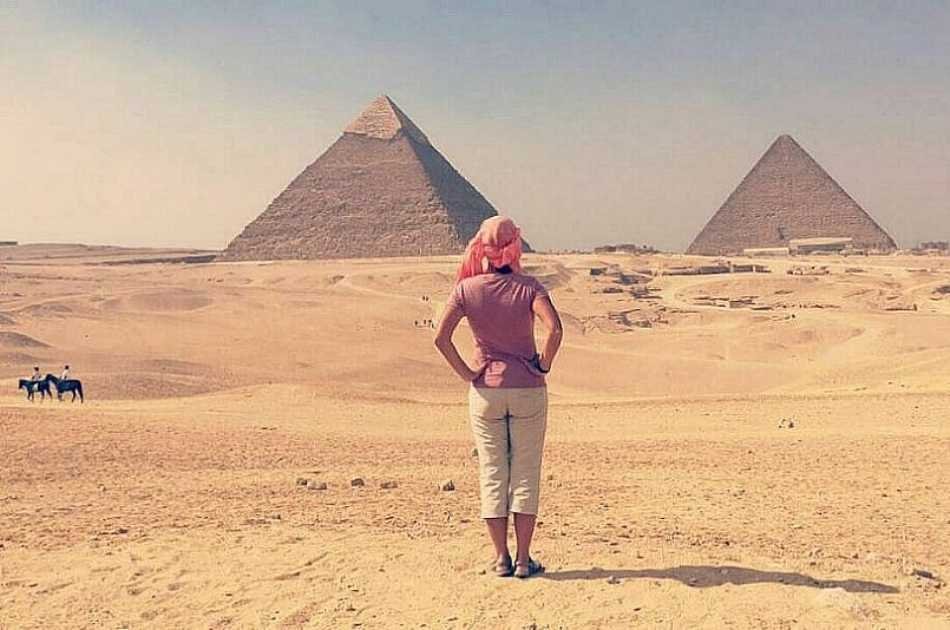 Great Pyramids & Sphinx , Saqqara Step Pyramids and Dahshour : After Breakfast , Start your day with your friendly guide to the Giza Plateau.

When you reach the Giza Plateau, your Egyptology guide will introduce you to the famous Pyramids of Cheops, Chephren and Mykerinus.

Marvel at the Great Sphinx statue and visit the Valley Temple, which is a part of the same ancient complex.

Learn about the burial rites of the pharaohs. The next stop on the tour is the Step Pyramid of King Djoser, at the fascinating Saqqara archaeological site.

Built around 2630 BC, this special pyramid is the world's oldest major stone structure.

You’ll continue on to Dahshour where you will have a great chance to enter the Red Pyramid and have a great views for the best one.

Later you will be transferred to your hotel in Cairo or Giza.

Highlights
Good to Know
Inclusions
Exclusions
Meeting Point
Pick up from your hotel in Cairo or Giza. Please provide hotel name and address at the time of booking.
Know Before You Go
Customer Reviews See all review >
Excellent

It was truly phenomenal. The tour was very well planned, all the attractions were great - got all possible options and I strongly recommend that. Also I got to mention that my guide - Sameh was a great professional and made sure that this is a tour I will remember.

GB   February 27, 2020
Rating
Absolutely fantastic tour Manal 's knowledge of Ancient Egypt and all the sites we visited was totally unexpected. We're not usually a fan of organised tours - but this was definitely an eye-opener. Manal was so passionate, so helpful and so enthusiastic - she absolutely made our trip! She shared so much knowledge - and then more general advice as well - she was first class! Pyramids are obviously a sight to behold - but Memphis and Sakkara were great too.
Reviewed by Ingrid

FR   February 19, 2020
Rating
This tour was brilliant. We saw all of the amazing sites and our tour guide Sam was so helpful and full of knowledge. He took loads of great group pictures for us and knew everything about the pyramids and the places we went. Two of our group are vegetarian and we were provided with an amazing vegetarian Egyptian meal which made it extra special. Definitely recommend!
Reviewed by Dvid

US   January 23, 2020
Rating
An amazing trip, an excellent arrangement, an air-conditioned car, a nice and friendly driver, Sameh, a wonderful guide for those who have known history, and it was incredibly elegant and flexible to ensure that you spend time in what you want to spend time in. The sights are great and I highly recommend booking with them with great guides.
Reviewed by Charlotte

US   January 23, 2020
Rating
Excellent time with Sam in Egypt !! Throughout our stay in Egypt so far, my Nan and I had a safe and amazing time with the tour. We had a tour guild named: Sam. Sam was amazing, always organised and had plenty to tell. I would love to have Sam as a tour guild again, he's caring, safe and makes sure things get done. P.S. He should get assigned more jobs, he's excellent.