Bucharest is a fascinating modern city with very diverse architecture; there are many churches, museums and captivating Castles from the 16th 17th and 18th century adoring the city and beautiful countryside. Use your time wisely while you are on private custom Bucharest City sightseeing tours which are readily available and full of culture and charm with fantastic views.

One of the most famous buildings on any tour is, of course, the enormous Parliament Palace which staggeringly has over 3,000 room's and is spread over 330,000 square meters. There are some lovely parks, museums and laneways that you can explore while you are touring around the old city area of Bucharest. A highlight of many Bucharest guided tours is a visit to the unique Dimitrie Gusti Village, showing the history of Romania with their amazing outdoor exhibitions.

Stroll around the lovely Calea Victoriei street home to some of the grandest buildings in all of Romania and the monuments erected in the area remind residents and visitors of the history of the beautiful city of Bucharest.  Read More... 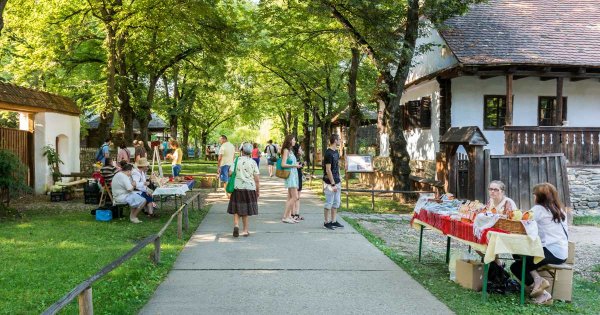 Sightseeing Tours around The Dimitrie Gusti Village are a lovely way to spend an afternoon. The village was founded in the mid-1930's and is located in the charming Herastrau Park. The open-air museum shows the traditional ways of Romania from various times in history.

Private tour guides will escorte you around the original 300 or so buildings that were disassembled piece by piece shipped to Bucharest and lovingly rebuilt on the site. They consist of peasant houses, barns, churches, cabins and mills from all areas of Romania and the fact that they are original buildings is fascinating. This is a must-see on any visit to beautiful Bucharest.

Top 10 Things to Do in Bucharest

1 Once the magnificent palace of the Princes of Wallachian and where the well know and revered Prince Vlad Tepes called home sightseeing tours of the Palace are super if you want more information about the famous Prince (Vlad the Impaler). A statue of the Prince Vlad Tepes stands proudly amount the original remaining section of the palace.
The Old Town

2 Some structures date back to the 15th & 16th centuries in The Old Town of Bucharest and it is a must see guided tour destination. Renovated in recent years the historic buildings are full of history and charm, while there is a long way to go in the restoration there are some lovely cobblestone streets and places to see in The Old Town area.
Revolution Square

3 Private guided sightseeing tours to Revolution Square are very popular for tourists who are visiting Bucharest. While the Square witnessed the final hours that the dictator Nicolae Ceausescu was in power, it is now home to the National Museum of Art and many other historic buildings. The square has the dramatic monument of Rebirth which was erected in 2005 as a dedication to the victims of the revolution.
Palace of Parliament

4 Bucharest has one of the most massive parliament buildings in the world, standing at 330,000 square meters and housing over 3,000 rooms this building is a site to see and a stop on all private city guided tours. Taking 13 years to build it is also one of the heaviest structures on the planet it was the vision of Nicolae Ceausescu who called it "The Peoples House".
Stavropoleos Church

5 The Stavropoulos Church built in 1724 is a very ornate Brancovenesc style church. While it may not be large in stature, the beautiful little church is a huge landmark In Bucharest guided tours. The exquisite wood carvings and decoration has elements of Byzantine and Romanian influence. On tours around this lovely site, you will see splendid frescoes, tombstones and lovely decorative features.
Dimitrie Gusti Village

6 The Dimitrie Gusti Village was founded in the mid-1930's and is located in the lovely Herastrau Park; the open-air museum shows the traditional ways of Romania from times in history. Private tour guides will escorte you around the 300 buildings which were shipped and rebuilt on the site. They consist of peasant houses, barns, churches, cabins and mills from all areas of Romania.
The Arch of Triumph

7 Finished in 1922, Bucharest's first Arch of Triumph was made from wood and dedicated to the Romanian soldiers who fought in World War I. In 1936, it was reconstructed in granite and designed by architect Petre Antonescu at a height of 27 meters. The arch is adorned with sculptures created by the most notable Romanian sculptors, including Ion Jalea and Dimitrie Paciurea. It continues to serve its purpose of being the central point for military parades. Romanian soldiers march beneath it for big events, including the
Romanian Athenaeum

8 The Romanian Athenaeum Concert Hall is a 19th-century building that has close resemblance to a Greek Temple and is a stop on most Bucharest city sightseeing tours. The design of this building is magnificent from its high dome, gold leaf ceilings, marble staircases and beautiful balconies. Most of the decoration of the building is based on details of Romanian history.
National Art Museum

9 Bucharest National Art Museum was established in 1948 and is one of the leading museums in Romania housing complete collections of Romanian medieval and modern art. There are more than 100,000 works of art in the Museum with guided and no guided tour available. Pieces from Tattarescu, Aman and Georgescu some of Romania's leading artists are on exhibition here also pieces of sculpture by Constantin Brancusi are available to see.
National Museum of Romanian History

10 Guided tour around The National History Museum in Bucharest is a super way to spend an afternoon. The 60 plus room have some fantastic exhibitions, and of course, the Romanian Crown Jewels are on permanent display here with stunning emerald jewellery and unique gold pieces. Look out for the enormous replica of Trajan's Column which is a top must-see while touring the museum.

A daily budget of 150-175 Ron per day which is about US$40 without accommodation will be more than enough for food, refreshments and entry to attractions or any private guided tours. The accommodation costs vary from a dorm room at approximately 60 Ron per night to standard basic hotel rooms at 125 Ron per night.

When many people think of visiting Bucharest and Romania, they expect that all tours are about Dracula and gypsies. Unless you visit some of the impressive Castles, you won’t see any indications of Dracula on private escorted city tours. Romania has its own currency which is the RON and a fantastic rich variety of traditional food.

Take the picturesque route from Bucharest to Transylvania and see the famous Bran Castle as well as many other highlights on this full-day guided tour! 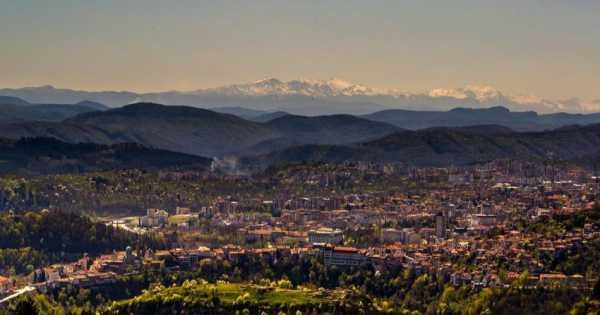 Half Day Tour of Bucharest

Discover in half a day the history, culture and best sights of Bucharest. This tour is the best way for first-time visitors to discover the capital of Romania! 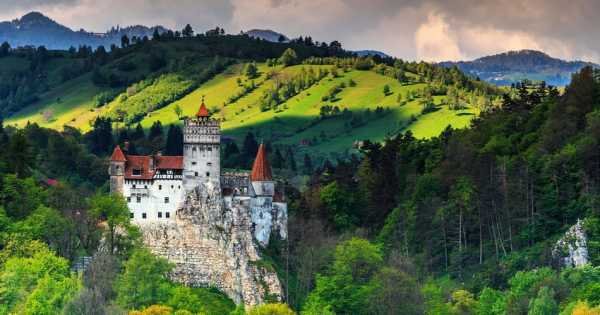 Explore the fascinating Transylvania choosing one of the best Dracula’s Castle tours! Transylvania will take your breath away with its beautiful mountains!

Explore hundreds of years of history in this amazing two-hour tour of Bucharest.

Tour the most important sights in the former Jewish Quarter of Bucharest. For those who wish to discover a different side to the city! 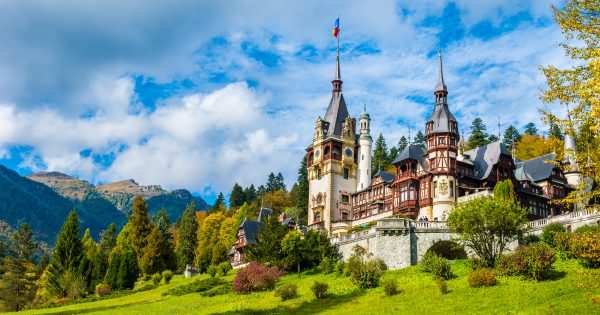 Explore the main must-visit places in Romania: the Royal Peles Castle and the mountain resort, Sinaia. 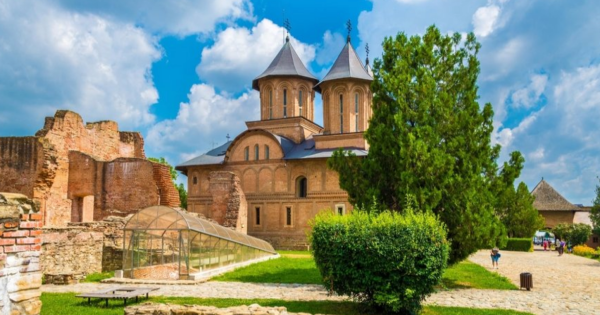 Discover one of the most important cities in the historical province of Wallachia - the city of Targoviste. 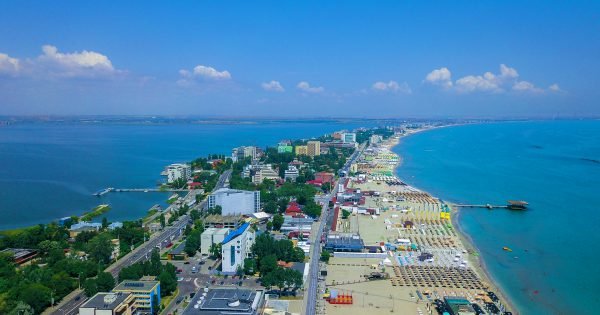 A Day at The Black Sea from Bucharest 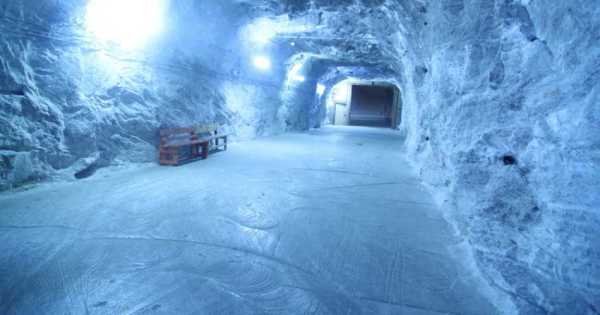 This trip is your chance to discover two extraordinary places in Europe: Slanic Prahova Salt Mine and The Salt Museum!

This road trip is an adventure to remember from your visit to Romania, breathtaking landscapes driving along the most spectacular road in the world - according to Top Gear.

This trip is ideal for those who wish to "taste" Romania. Since the country is one of the biggest wine producers in the world, local wineries are definitely not to be missed. 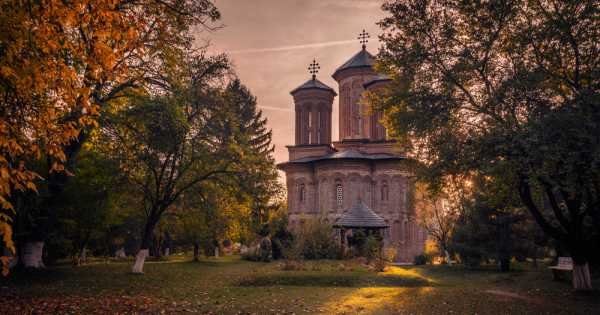 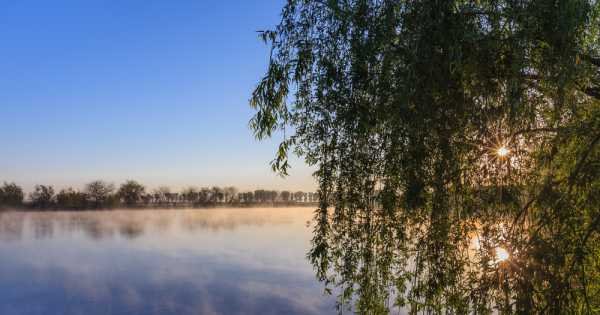 "The Delta" near Bucharest With Boat Trip

This region nearby Bucharest is unique and offers breathtaking landscapes, full of life, in the Comana Natural Reservation, known as the second Delta of Romania.

Discover in 8 days one of the most beautiful and fascinating regions that Europe has to offer! This tour will reveal the best of what Transylvania has to offer... 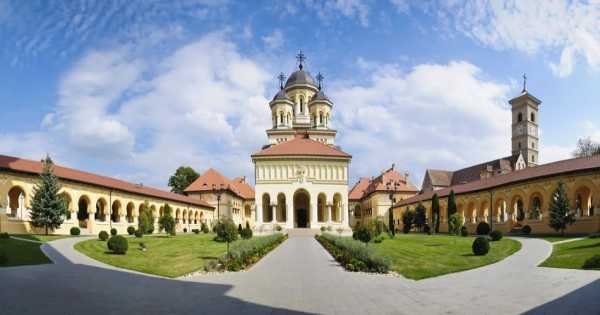 Discover some of the most beautiful and fascinating sights that Transylvania has to offer!

This tour is ideal for a summertime adventure, exploring the Danube's Delta and the amazing city port of Constanta.

3-Day Tour to the Black Sea and Danube Delta

Discover Balchik and Constanta - two of the most legendary ancient places by the Black Sea and the stunning Danube Delta, a UNESCO World Heritage site!