A Private Tour to the Top of Africa Mt Kilimanjaro National Park !

Although there is wildlife, this is not unlike the other northern parks. Instead, coming here is like standing at the top of Africa, and gazing in amazement at the mountain peak covered with snow.

Take a guided private tour of Kilimanjaro and climb to the upper part of Africa!

In the heart of the park is the 5896 m Mt Kilimanjaro, Africa's highest mountain and among the most spectacular sights of the continent. It is also among the greatest volcanoes and the highest freestanding mountain in the globe, rising from developed farmlands on the lower degrees, through the lush forest of alpine meadows, as well as ultimately through a barren lunar landscape to the twin peaks of Kibo and Mawenzi!

Wow not to be missed!

Marangu route is a route that approaches Kilimanjaro from the southeast. It is the oldest, most well-established route. 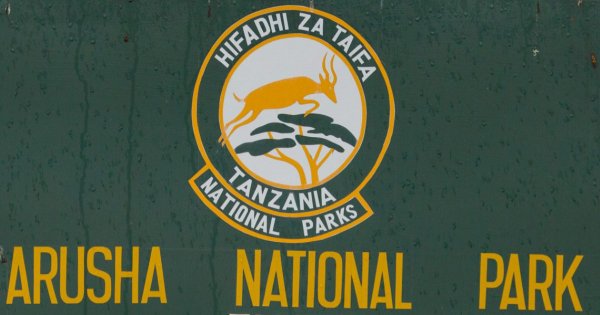 Arusha National Park is a gem of a park, although very accessible, it is surprisingly not heavily visited by tourists. Explore the diverse wildlife and changing landscapes.

Visiting the Slope of Mountain Kilimanjaro and get the chance to know Chagga history, Pass-through Chagga village, visiting the coffee farms

Mount Kilimanjaro with its three volcanic cones, "Kibo", "Mawenzi", and "Shira", is a dormant volcano in Tanzania. It is the highest mountain in Africa (Roof of Africa) 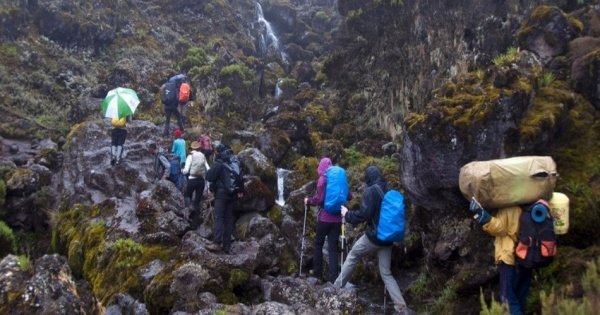 Machame route also known as the 'Whiskey Route', this is the most popular trail on Kilimanjaro. It's one of the most scenic, skirting the southern flank of Kibo.

The Machame Route, with its diverse landscape and fantastic views, offers a unique experience to test your will power, fitness finesse and mental strength. 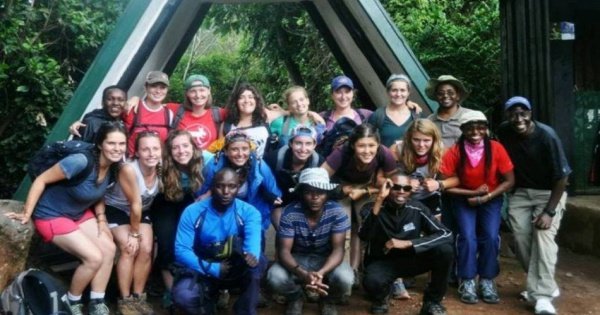 The Marangu route offers a well-developed and gradual trail to the summit of Mount Kilimanjaro. It is considered to be the more comfortable and easiest route, as you climb.

The Marangu route, also known as the "Coca-Cola" route, is the oldest, most well-established route on Kilimanjaro. This is the only route which offers sleeping huts.

The lesser-known Lemosho route begins on the western side of Mt Kilimanjaro. The first 2 days of the tour cross the thick rainforest belt then changes into heath and moore

The lesser-known Lemosho route begins on the western side of Mt Kilimanjaro. Kilimanjaro climb on Lemosho Route is a premium trek designed for 6 to 8 days. 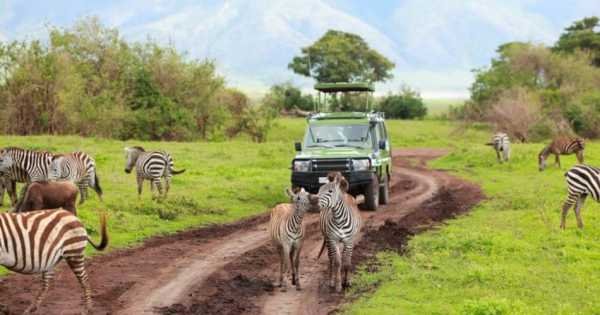 This 8-day safari with Foot Slopes Tours & Safaris will take you to the best locations in Tanzania that you never experience before. Spend your time in Lake Manyara, Tarangire 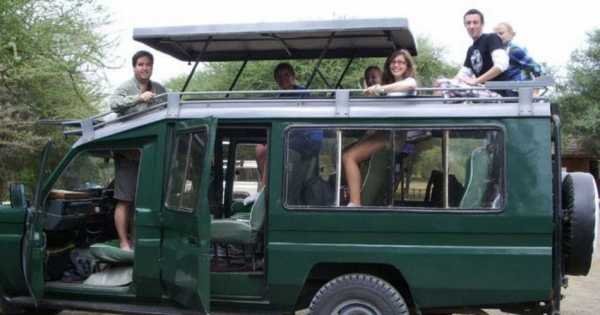 This 12-day safari with Foot Slopes Tours & Safaris will take you to the best locations in Tanzania that you never experience before. 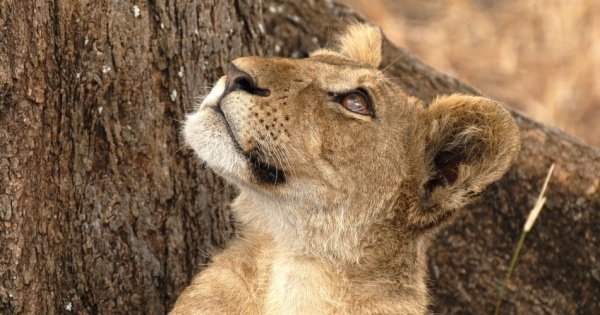 Access to the Machame route is relatively straight forward. The topography of the route is very conducive to a good acclimatization and the likelihood of summitting is high 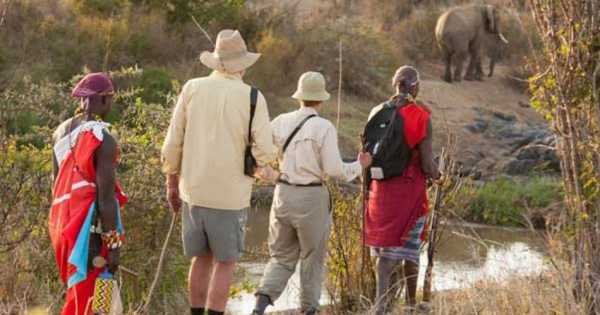 Our 5 days Kilimanjaro climbing Marangu Route has a moderate slope, making it less difficult to climb or to the climbers. 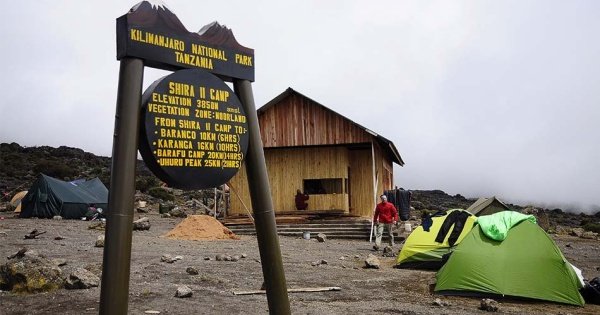 For those who only have six days to climb Kilimanjaro, the Machame route is the best choice because of its acclimatization profile.

Top 10 Things to Do in Mt Kilimanjaro National Park

1 This unique basin-shaped Lake is said to be the deepest inland body of water in Africa. The water from the springs under Mt Kilimanjaro is what flows into the lake and at different times of the year, it is the colour of deep blue or turquoise/green. An impressive crater rim surrounds the Lake. A private tour around this Lake will put you back in touch with nature when you see all the wonderful animal and birds along the river beds.
Kilimanjaro Animal C.R.E.W. 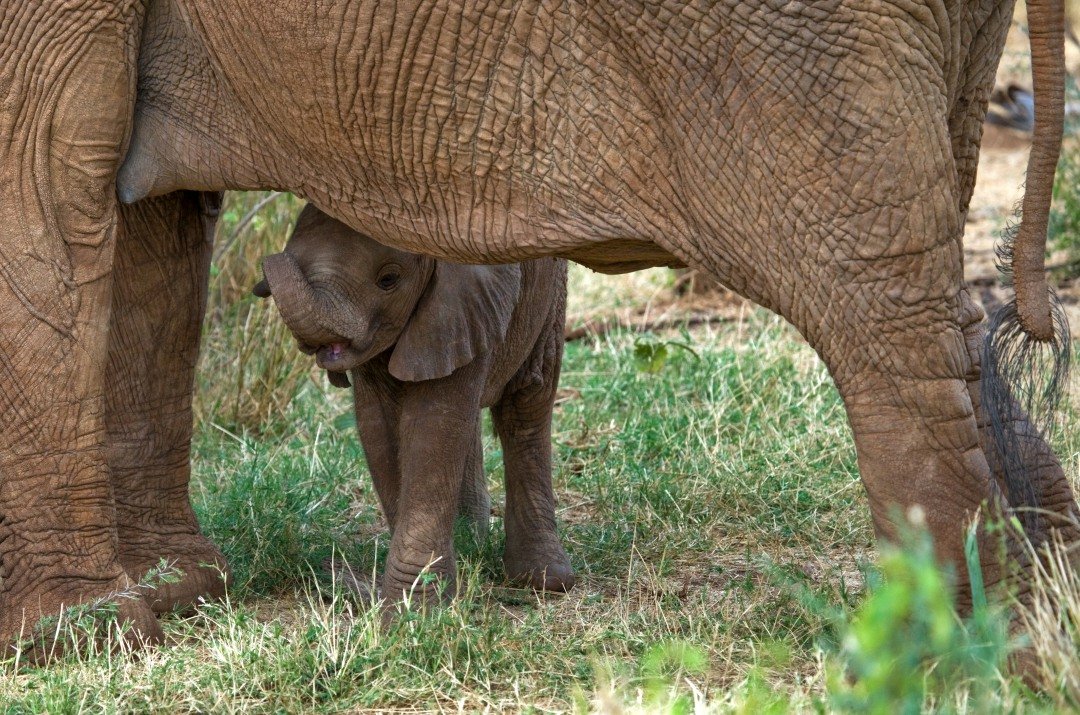 2 This is a centre for rescue, education and wildlife. A private tour here is unforgettable. You get to interact with volunteers at the centre and help out a bit. There is nothing better to see then animals like monkeys being rescued and then being prepared to go back into the wild and freedom. Careful though! the monkeys are not shy and may jump on your shoulders to groom you. There is also a bat cave and animal farm to venture around.
Olpopongi Maasai Village

3 The first authentic Maasai district in the west Kilimanjaro Maasailand. This is a beautiful, humble village and you come away admiring the people for still living the same way after 100’s of years and not letting the influence of modern life take over. The Museum was built in replica of the local house so visitors can have an idea of what life is like without disturbing any of the homes. Each paying visitor helps support local families.
Mount Kibo

4 To reach the peak of Mount Kibo, you have climbed Mount Kilimanjaro. It is the best-preserved crater of the three dormant volcanoes up there and also the only one that is always covered in snow. The trek up to the top passes through attractions such as Shira Plateau, Wildlife Forest, Volcano, Lava Tower volcano, glaciers, and snow. The private tour is fantastic with excellent guides and friendships made for life after the trip.
Tengeru Cultural Village 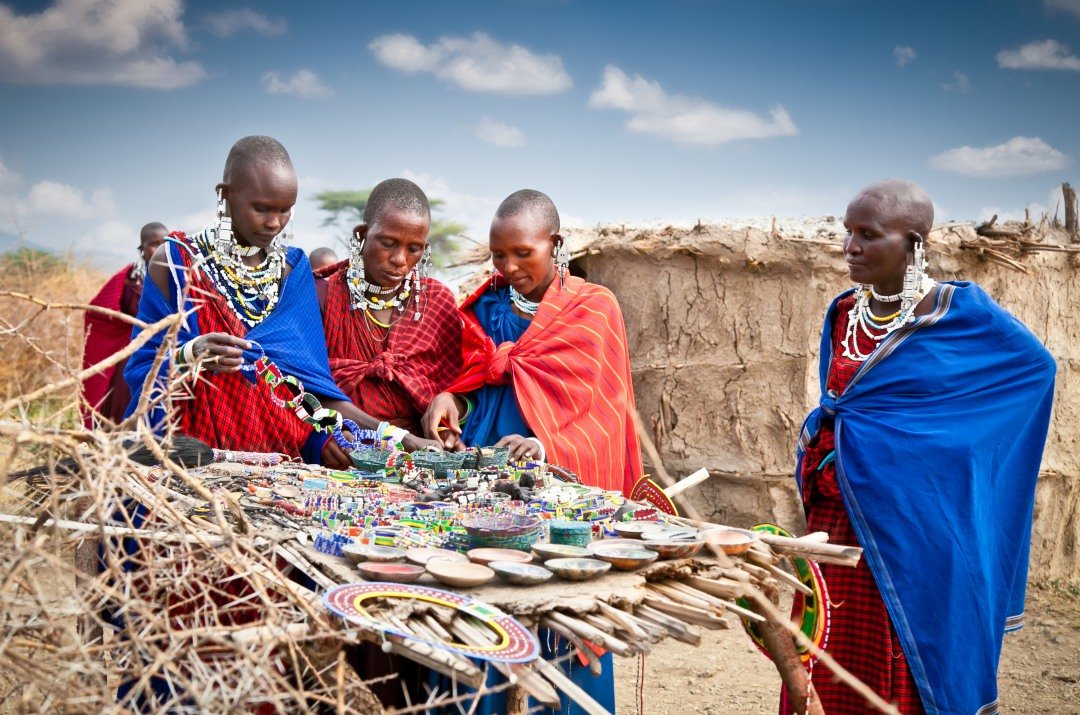 5 This village is a fascinating way to pass a day. From the offset, you are welcomed into the village as if being welcomed home. After walking around the village and seeing the day to day life, you go to the fields where you can gather coffee beans. You are then shown how to process, roast and grind them until finally, you are drinking coffee from the beans you picked. A meal in one of the locals houses is a great ending to a guided tour.
Ndoro Waterfall

6 A walk down the stunning Ndoro Waterfall is an experience not to be missed. There are steps, some steep, with railings made from thick tree branches along the edge of the hill and zigzagged to the bottom of the waterfall. As you get near the waterfall, the gentle spray from the waterfall causes the temperature to drop, in a nice way. It is a trek but so worth the effort. Thankfully there is a lovely rest stop for when you trek back up.
Chagga Live Museum

7 The Chagga people/tribe live at the base of Mt. Kilimanjaro and are like, protectors of the mountain. In this small outdoor, live museum you get to see what their life is like, the traditions and cultures they follow. It is interesting to see on this sightseeing tour, the little changes that have been made to better their lives but not take away from their traditions. They are well known and admired for having a strong sense of pride.
Chagga Caves

8 These caves were purposely built during the attacks from the Maasai people. They had been constructed to hide the women and children of the Chagga people from being taken by the Maasai. The caves are so well done, people were able to live for years underground. During the private tour, you are led into a few different size caves with replica furnishing to show you how it was back in the day. There are etchings on walls from children
Kikuletwa Hotsprings 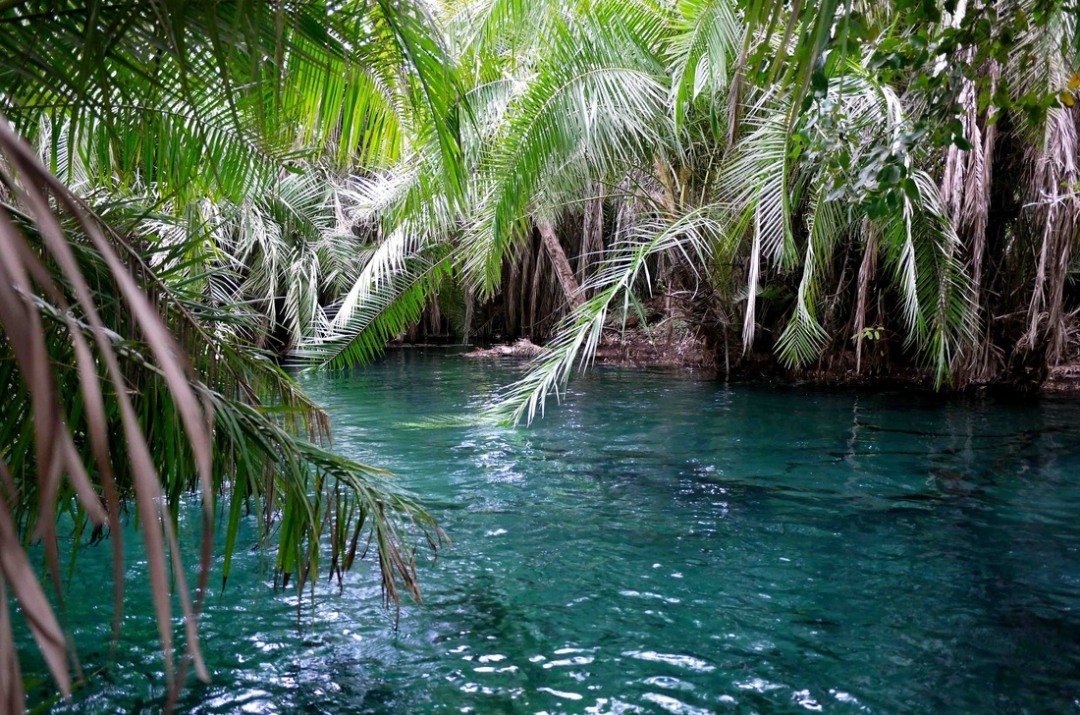 9 This little piece of paradise is hiding in among the roots of Fig trees. Although it is named hot springs, it is not hot but refreshing from the water of the springs under Mt. Kilimanjaro. This oasis has clear blue water and you just dive in. There are tiny fish nibbling your feet and after trekking around for days, it feels fantastic. From the water, you look up to tall trees sheltering you and the sun peeps in with colourful rays
Nakupendu Beach

10 You get to this beach by a private tour boat, and the closest city is Zanzibar. There is not much to do on this beach but relax, sunbathe, swim, snorkel or take a stroll through the edge of the forest, pure bliss! After days trekking or being on safari, here is exactly what you need to recharge the batteries. The beach is like a beach from Paradise and the sea has the most fantastic sea life to see when snorkelling along the beautiful c

On a Private Tour, Stand in Awe of the Majestic Snow Capped Mountain of Mount Kilimanjaro! 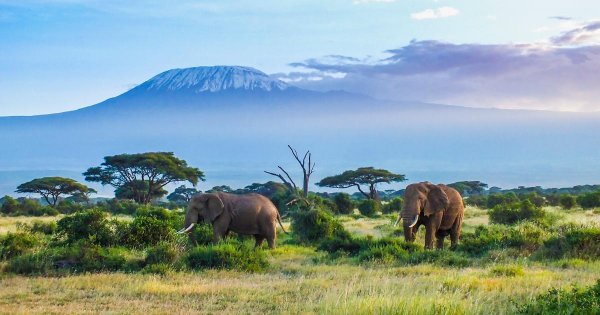 As opposed to other parks in northern Tanzania, this one isn't seen for the wildlife, but for the opportunity for many to take a guided tour to scale to the peak and, to stand in awe of the majestic snow capped mountain.

Mount Kilimanjaro can be climbed during the dry season, even though the greatest period is from late June to October, at any time. Volcanic motion formed over Kilimanjaro, a World Heritage Sites along the Rift Valley.

Three points - Shira, Kibo and Mawenzi came to be about 750, 000 years past. The maximum point is Uhuru Peak on Kibo, which will be among the seven summits of the world.

The mountain rises from alpine meadow and farmland on the lower level to the rainforest and then a barren lunar landscape at the summits.

Why not take a sightseeing tour of the slopes of the rainforest which is home to eland, leopards, monkeys, elephants and buffaloes. The mountainous area is where bird watchers may discover a lot of birds of prey.

The time to go to Mt Kilimanjaro depends on what you are doing there. Obviously, if you are climbing to the peak of the highest mountain in Africa there are specific times you have to go but otherwise anytime is a good time to visit and take private tours. January is the most popular month to travel, it is between rain seasons and has the best temperatures. The heavy rainy season is from March to May but to see the animals at this time is well worth it

In Tanzania, the currency is the Tanzanian Shilling, and you get around 2194 Tanzanian Shilling for 1 dollar. To eat out in Kilimanjaro is very reasonable, you can have a tasty traditional meal for as little as $3. Accommodation for one night B&B is around $10 - $100 depending on where you stay. The price of Safaris vary with each private tour and the length of time you are on safari or overnight treks but all well-priced for what you get in return

No one should travel to Mt. Kilimanjaro for any less than 3 weeks if at all possible and even then you are only scraping the surface of things to do and see. When going on treks for a few days, it is advisable to pack light, your camera (which is a necessity!) and hiking boots should be the heaviest items in your backpack. Make sure you keep hydrated when in the sun and bring hot water bottle when cold especially at nighttime!

During June to September the weather is cooler and dryer than the rest of the year but still very nice and ideal for the non-sun worshipper. During the 'little' rainy season from October to February, it rains but not all the time and is very hot. January is the only month when it 'supposedly' does not rain and it is the best time to go temperature wise, not too hot and dry, perfect time for a guided tour to climb! March to May is when heavy rain arrives.