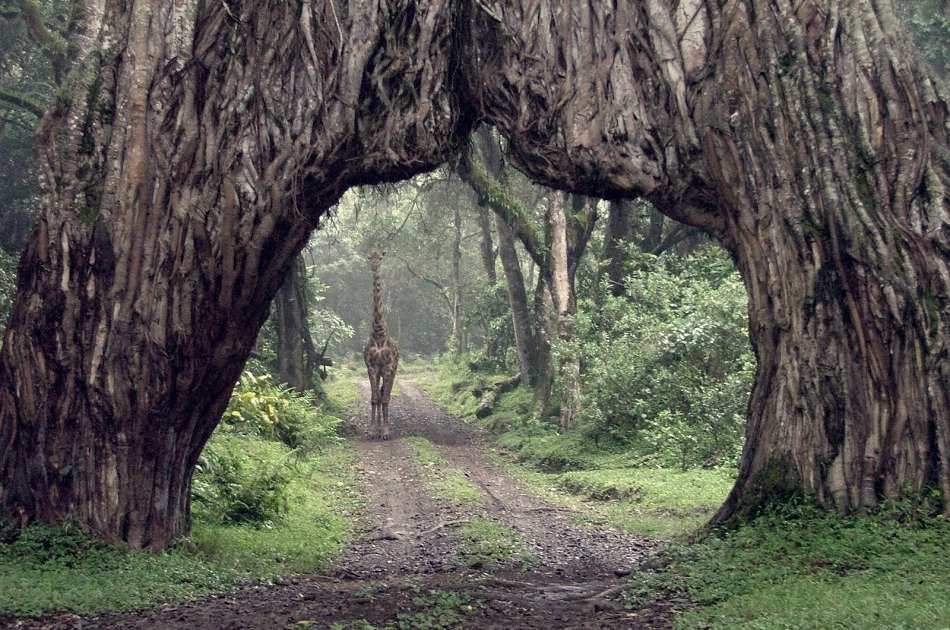 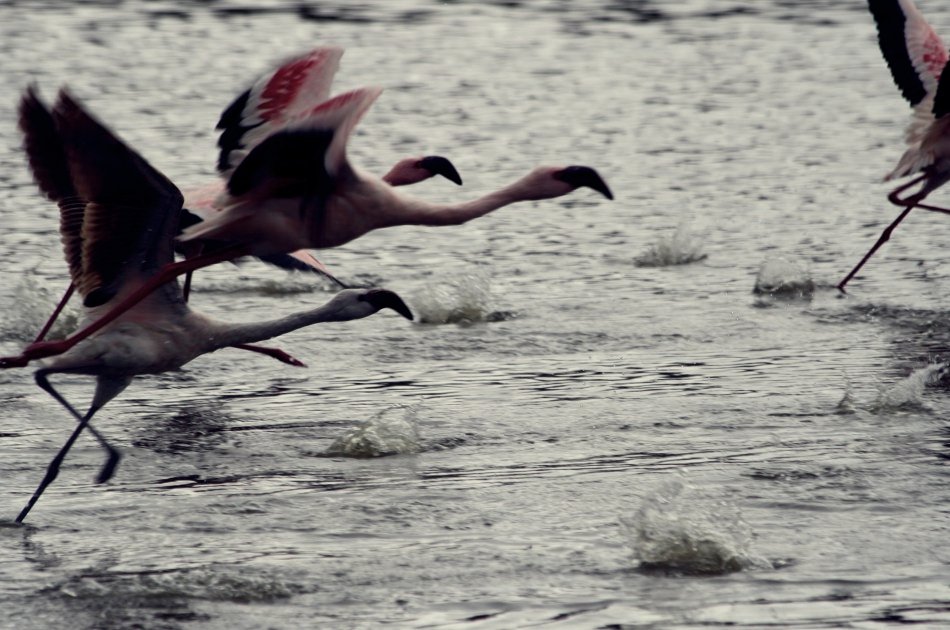 Three major attractions in the park: First is the Ngurdoto Crater, which is sometimes called Mini Ngorongoro.

Secondly, there are the Momella lakes, which are shallow alkaline lakes that get their water from underground streams.

Finally, there is the spectacular Meru Crater. Mount Meru (14,990 feet) is described as one of the most rewarding mountains to climb in Africa. Visitors can climb the mountain, or organize walking safaris.

The park also provides great views of Mt. Kilimanjaro and Mt. Meru on clear days. The remains of a large volcano, the Ngurdoto Crater is a steep-sided bowl of lush swamps and riverine forest, which is home to elephant, buffalo, warthog, baboon, reedbuck, Colobus monkeys, and duikers.

Mosses, ferns, lichens and orchids thrive in the damp atmosphere of the crater, giving way to huge mahogany, olive and date palm trees on the drier crater walls.

The tranquil beauty of the Momela Lakes brings to the park a wide variety of bird-life (over 380 species) including flamingos, waterfowl, African pochard, ibis, heron, egrets, colourful turacos, and trogons.

The rocky crags of Mount Meru see a large number of birds of prey and you may be lucky enough to spot lammergeyers, a large, rare bird of prey, floating on the updraughts from the crater. Other game includes hippo, giraffe, zebra, antelope, blue monkey, dik-dik, reedbuck, klipspringers, leopard, and spotted hyena.