12 miles wide and 33 miles long The Isle Of Man is located in the Irish Sea just off the coast of the United Kingdom. Once you visit the Isle of Man on any private custom tour, you won't be able to stop yourself from being a lifelong fan. From the famous annual TT Road Race to rolling hills, castles and sandy beaches it is no wonder that people revisit this lovely Island year after year.

With surprising mild summers, a rugged coastline, Mooreland, glens, heaths, woodland areas, and waterfalls The Isle of Man makes for perfect private sightseeing island tours. The Queen is the Sovereign of the Island, but the Islanders have their own court, parliament, money (Manx Pound) and official airline called Manx Air, The Isle of Man has a beautiful heritage, and the Islanders are a wonderfully resilient and welcoming population.

Top 10 Things to Do in Isle of Man 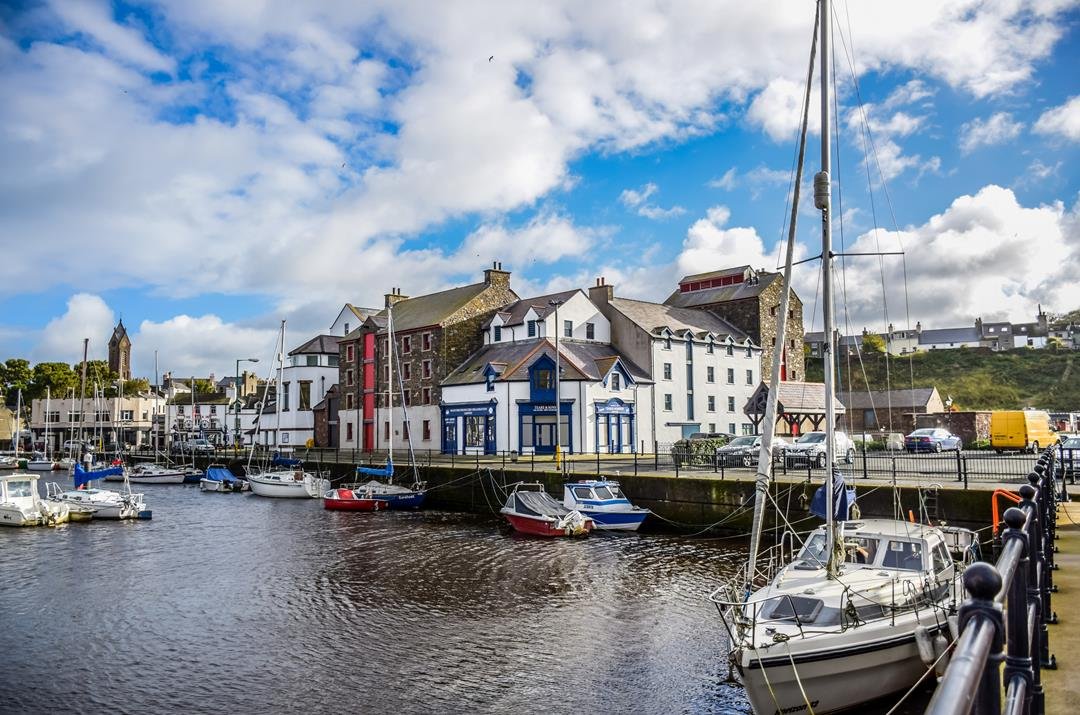 1 Douglas Town is the official capital of the Isle Of Man and is situated near the Douglas River on a lovely bay inlet. There is a beautiful promenade with stunning views that are popular on all Isle of Man Island tours. Douglas is a quaint town with horse-drawn trams, and little streets selling a variety of goods and souvenirs, B&B and small guesthouses that seem more homely than any hotel. A day strolling around in Douglas Town will set you up for your Isle of Man holiday.
Port Erin

2 Port Erin is a beautiful resort and is the terminal point for the Laxey Railway, know for super private trekking and hiking guided tours this area of the Isle of Man is always busy with tourists and holidaymakers. The wild natural scenery and walks along the cliffs are so beautiful that they will take your breath away also the enormous dramatic plunging cliffs that go straight down to the rough seas are spectacular.
St. Patricks & Peel Castle

3 Located new the harbour is the community of Peel and on its causeway is the Isle of St. Patrick and Peel Castle. All Isle of Man sightseeing tours stops at the location as it is very popular with tourists and locals alike. The views from the gatehouse tower of Peel Castle are impressive but be careful as this Castle Ruins may be a little unstable so follow your tour guides instructions to the letter and be aware of your surroundings.
Castle Rushen

4 Castle Rushen was the former residence for the Royals; this Castle is well preserved and ideally situated right in the middle of Casletown. Now a museum escorted tour highlights include a sundial, a Celtic crucifix, and the south tower clock. All the tour guides wear period costumes which is excellent for the tourists as it gives a sense of nostalgia and history to all the guided tours.
Douglas Head 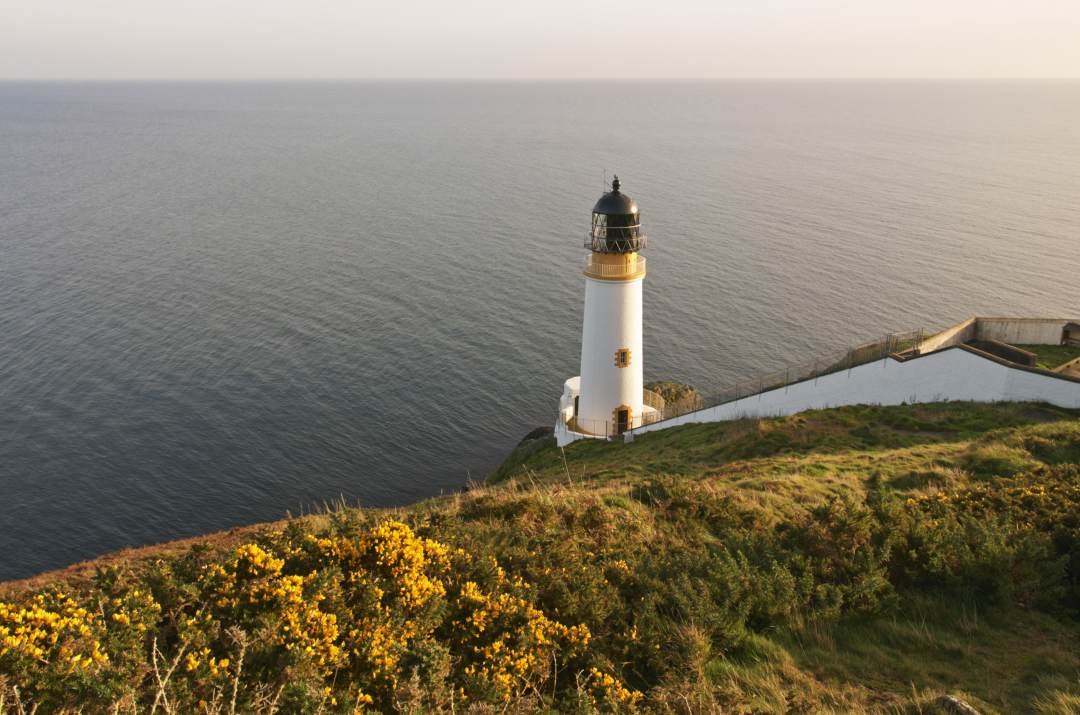 5 Douglas Head is situated where you will see some of the best sightseeing opportunities and views on the whole Island with private Isle of Man guided tours. While you are on any tour in this area, you will sop off at the Grand Union Camera Obscura which is a renovated attraction that takes natural light available to project images from mirrors onto surrounding buildings.
Laxey Wheel & Island Railways 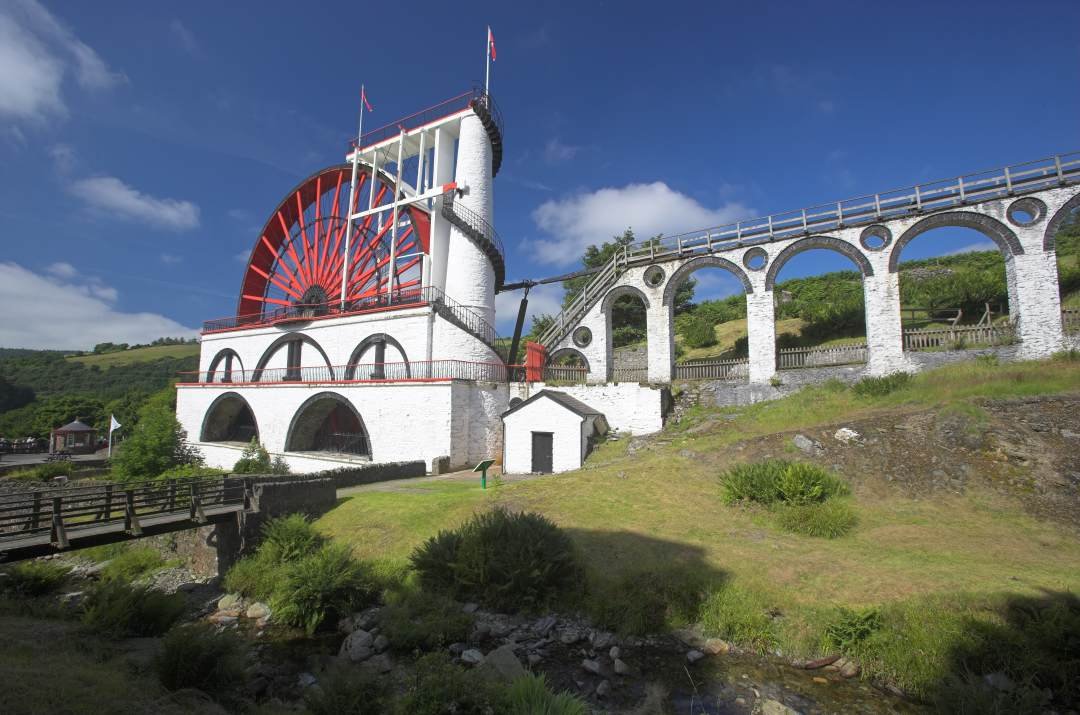 6 The Laxey Wheel & Island Railway is a fun way to travel on private tours around The Island and is situated between Douglas Town and Ramsey Town. The line stretched a scenically beautiful 17 miles route and had some of the most delightful views of the Island. Not only is this train journey popular it is also the most practical way to see the site, and it's also a lot of fun for the family with many stops along the route.
Manx Museum

7 Guided tours around the Manz Museum will take you on a journey through The Isle Of Man's 10,000-year history. The are many displays with collections from the Viking and Celtic era, domestic equipment from the past, artwork and a selection dedicated to the famous Manz Crosses. The TT Races even have an exhibition there are tearooms and a gift shop also.
Isle of Man TT Tour

8 With no speed restrictions on the country roads of The Isle Of Man, it is no wonder that the annual TT Race is a highlight for many tourists and TT followers every year holidaying and on private custom tours. Dating back to 1907 the circuit for the race has not changed in years while the racing starts in late May and runs nearly a full month it is incredible to watch with average speeds of 115mph around the 18-minute winding course.
Tynwald Day Ceremony

9 The Tynwald Day ceremony is held in the Island every July and celebrates the ancient burial ground from the Bronze Age. Many tourists book their private custom tour holidays to the Isle of Man to coincide with the celebration. The ceremony has a lovely procession with a market fair, concerts, and fantastic fireworks. This is a must see if you are holidaying in this region of the UK.
Cregneash Folk Village

10 Cregneash Folk Village is famous on all private Isle of Man sightseeing tours as it is the only living museum that has preserved the Manx traditional way of life. With 19th-century thatched farm cottages dotted around the village including plough horses and Loghtan Sheep, its like time has stood still here. There are cool crafts and demonstrations of old farming techniques with a fantastic traditional old style tea room. 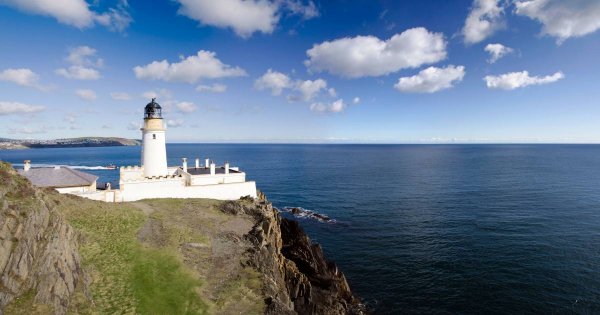 With no speed restrictions on the any of the country roads of The Isle Of Man, it is no wonder that the annual TT Race is a highlight for many tourists and TT followers every year holidaying and on private island tours. Dating back to 1907 the circuit for the race has not changed in years while the racing starts in late May and runs nearly a full month it is incredible to watch with average speeds of 115mph around the 18-minute winding course. Watch as the motorcyclist's wiz by doing unbelievable speeds to win stages and the ultimate final race.

Travel Tips for Isle of Man

During the summer months is the best time to visit as the weather is perfect for holidaying and there are lovely beaches to lounge around as well as cultural tours on the Isle Of Man. The weather can be changeable but mostly sunny and ideal for tourists.

Typical Costs in Isle of Man

Book any accommodation on the Isle of Man in advance as prices significantly increase during the height of the summer season especially around the TT Race season. There are some lovely restaurants and bars that serve reasonably inexpensive food, transport on the island is also reasonable.

Know Before Visiting Isle of Man

The Isle of Man primary heritage sights shut down during some the winter months so plan your holiday during the summer season. There is a lot of private guided tours available with lots of views to see on this uniquely beautiful happening Island.

Weather in Isle of Man

The summer season is the time to go from June to August as the Island has changeable weather the winter is very rough with many Island storms. While off-peak is excellent for winter getaways, there is very little open on the Island so you will need to be prepared.