Magical Varanasi one of the holiest cities in Hinduism lying on the banks of the mighty River Ganges. One of the most captivating of Indias great cities it is the place of great history and fascination so take a sightseeing tour of Varanasi the City of Light.

Pilgrims flock to the oldest inhabited city in the world said to be one of the holiest in Hinduism to take in the sacred waters. Bathing in the holy waters of the Ganges has long been seen as a way to cleanse your soul and hopefully wash away your sins.

However, these murky waters are also used as a place to cremate loved ones as it is considered the most sacred place to come to die.

Passing here offers the person Liberation from the cycle of Life or Moksha. Hence you may come across some rather bizarre life and death rituals taking place in public, and the smells and sounds can be overpowering and not for the faint hearted. However, these sights and traditions are just what makes a visit to the City of Light a must for all.  Read More... 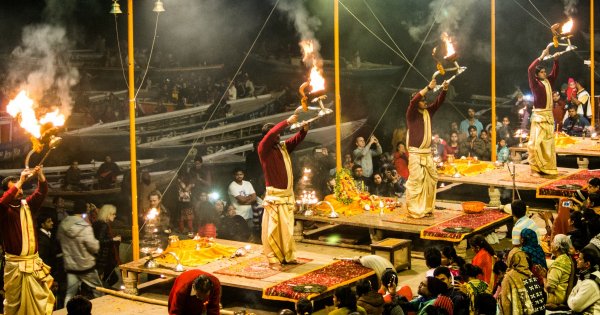 Glorious Gange's guided tours of the City of Light, wash away your sins in this mighty river and experience the traditional alongside the modern.  You can take custom tours of:-

The fabulous gold plated Vishwanath Temple of the Lord of the Universe with its 15-metre high spire.

St Thomas Church fabulous yellow and white cool, calming and visited by one of the 12 Apostles

Top 10 Things to Do in Varanasi

1 Dedicated to the Lord of the Universe, Shiva, this stunning Temple has over 800 kg of gold plating covering its dome and tower.  From a distance, you cannot help but be impressed by its sheer breathtaking beauty in all its glowing glory.  However, there is a strict policy of no entry to non-Hindus, but it is still worth visiting as from outside it is an architectural marvel and with its intricate carvings and high golden spire.
Manikarnika Ghat 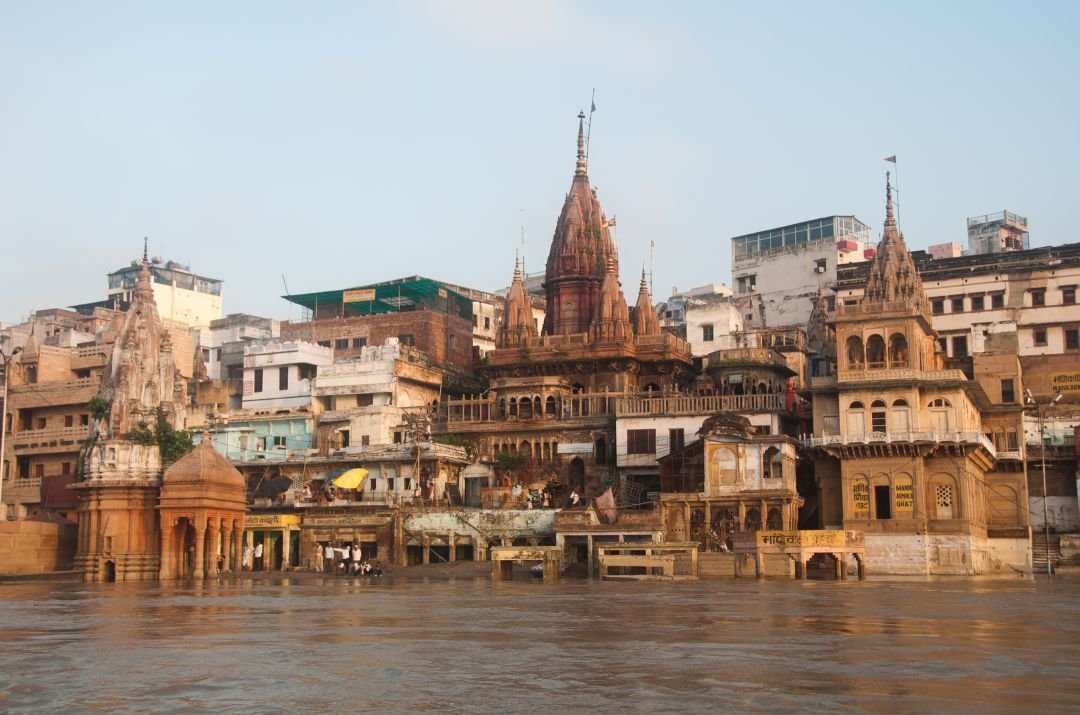 2 The holiest place to be cremated this is bittersweet to visit and not for everybody. However, it is interesting to see the elaborate rituals that accompany these ceremonies. Outcasts carry the bodies to be bathed in the Ganges before every log of the funeral pyre is carefully weighed to calculate costs depending on weight and type of wood. This custom requires precision and is very educational.
Dashashwamedh Ghat

3 Each evening at sunset this beautiful Ghat is transformed into a spectacular event with pilgrims flocking to make their spiritual offerings. On a private guided tour, you can also watch from a boat on the river. As night falls, thousands of lamps are floated out onto the Ganges in a fabulous religious ritual.  To the eery sound of a blow from a conch shell and the chant of mantras from young saffron draped priests
Assi Ghat 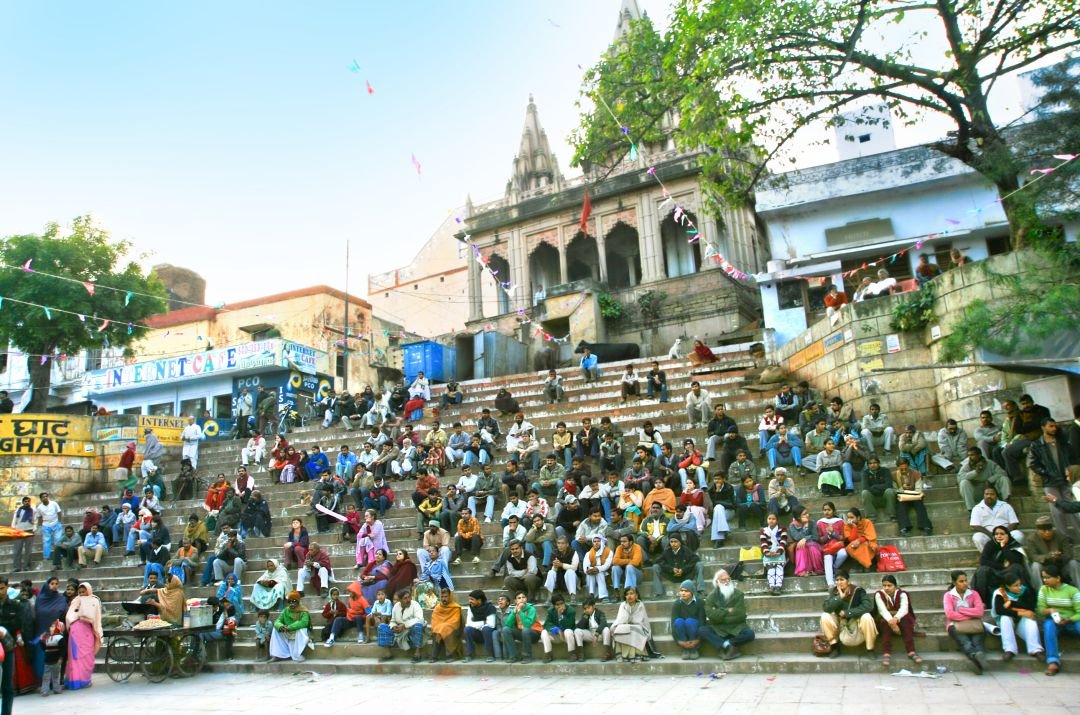 4 One of Varanasi biggest Ghats it holds great importance as it is where the River Assi meets the Ganges. Each day pilgrims flock to worship a phallic image of Shiva sheltered beneath a Peepul tree. As the sun rises before the heat of the day, you can see a surreal display of yoga on the riverbank.  From here you can take one of the many guided tour boat trips on offer. At night the area comes alive with street entertainers
Harishchandra Ghat 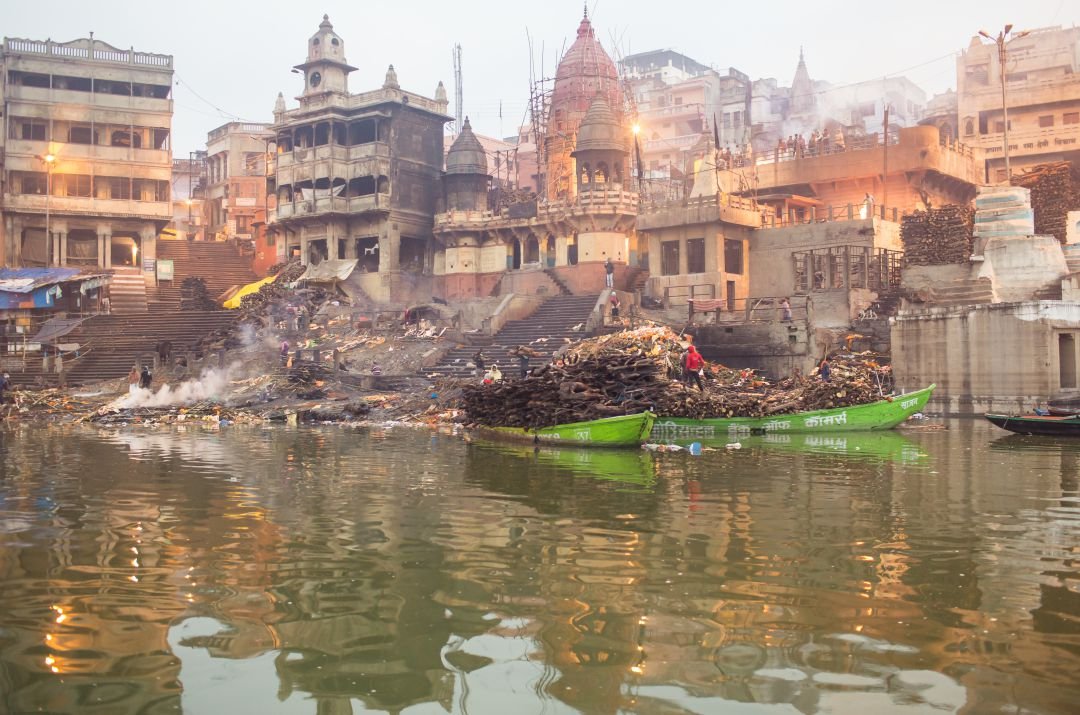 5 One of the oldest Ghats in Varanasi is Harishchandra Ghat, and it is one of the most sacred places to bring loved ones for cremation and to receive the Moshka.  It took its name from a mythical King who toiled at the cremation area day and night and was rewarded by the Gods for his truthfulness and resolve by having his dead son returned to him and his Throne restored. Visit and experience the atmosphere.
Ramnagar Fort & Museum

6 Ramnagar Fort is a beautiful place to watch a magical sunset over the river. The month-long annual Ram Lila Drama Festival is still held here in the lanes behind the fort and is still attended by the Maharaja and his family. Built in the 17th century the Palace and Fort have unfortunately been neglected, but it has an eclectic museum showing some bizarre sedan chairs encrusted with jewels.
Gyan Kupor Well 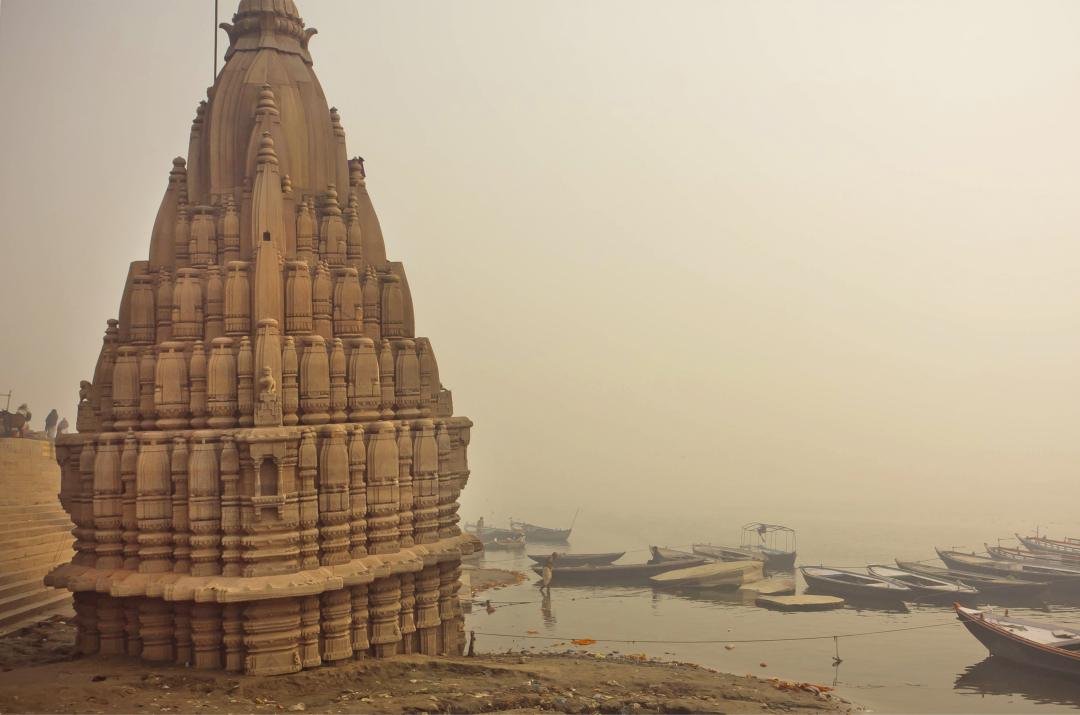 7 According to history while demolishing the Shiv Temple originally on this site, the Shiva Lingham jumped into the well for protection, and this is now known as Gyan Kupor Well. One of the most religious sites in the area it now houses a mosque built over the original Temple. It is said that drinking water from this well will take you to a higher spiritual plane although this is not possible due to the intense security.
Durga Temple

8 Approaching this Temple, you are immediately hit by its intense blood red colour.  Durga Temple is also known as the Monkey Temple as it is the local hangout for loads of Simian Monkeys.  Built in the 18th century in North Indian Style this square structure has an attractive pond to one side surrounded by stone stairs and decorative pillars.  Devotees make a tour of the building before prayer to the Goddess Durga
St Thomas Church

9 From the outside, St Thomas Church's yellow and white walls give a relaxed calming feeling to this congested area of the city. Not much is known about the date of construction or the history of this church situated in the centre of this Hindu City.  It is thought that one of the 12 apostles,  St Thomas, visited the city to preach and try to spread Christianity. Whatever the story it a unique place to visit and offer up some prayers.
Bharat Kala Bhavan

10 Take a private guided tour of this fantastic museum and its collection of priceless Indian miniature paintings. It also has an extensive collection of examples of traditional costumes, archaeological finds and personal collections of artefacts donated by private collectors.  Situated on the university campus, it is frequented by many students as well as tourists coming to see the delightful palm leaf manuscripts.

Make your guided tour in October to March as this is the best time to visit for sightseeing as the weather is pleasant and cool. Also, this is the time to see the grand spectacles that are the traditional festivals, and from September they follow in quick succession. The Festival of Light or Diwali is quickly followed by the Ganga Festival in November when the city is overwhelmed by pilgrims coming to take the water of the Ganges.

India can be one of the cheapest holiday destinations with regard to costs while there. On custom tour typical daily prices we found were around 950 RS for accommodation and 460 RS for food. This was eating at mid-range cafes and try to negotiate a price before you order. Travel is inexpensive with trains being the cheapest but the most overcrowded. Always best to book your tours in advance if possible.

Remember to dress appropriately and respect the locals and their beliefs. Make sure you consult your Doctor to find out what vaccinations or boosters you may need before you go. Take medicines with you for sickness and the dreaded Dehli Belly although rare it can be unpleasant and draining. Eat street food when prepared fresh in front of you, drink plenty of bottled water and apply sunscreen even on cloudy days

Weather in Varanasi in the summer months from April to October is hot and in May and June temperatures can reach 45º. Not the best time to visit for sightseeing as there is also the ‘loo’ a dry wind that hits the city and makes it impossible to venture outside. Even when the rains come in July temperatures only drop slightly, but the humidity rises. October to March are the best times with temperatures of 5-15º, and it is pleasantly cool. 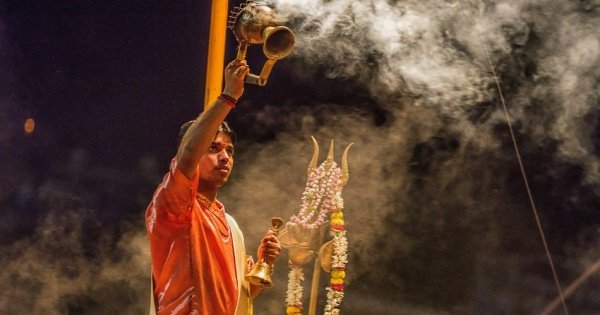 Explore India’s Golden Triangle with Varanasi on this fabulous 10-day tour led by an expert English-speaking guide. This is a spiritual, cultural, and informative journey.