Go Go Goa sightseeing tours for the adventurous backpackers, this fabulous golden beached city is situated in the west of India, in a region called Konkan.

Known for being the smallest state in India but only fourth smallest in population. it is a fantastic place to visit as there is nowhere else in India like Goa. From Sandy Beaches And Sun Go To Goa With Guided Tours!

Due to the arrival of the Portuguese back in 1510, there is still remnants of their time in Goa. The architecture, for instance, is different to the norm in  India with its Baroque style. There are whitewashed churches where Catholic ceremonies still continue.

The beaches, well what can be said, other than they are one of the best to be found in the eastern hemisphere.

The beaches run all along the state of Konkan and are split by secluded coves. Each one offers something different, but every one of them has great sandy, golden beaches from where you look out onto the Arabian Sea.

It doesn't matter if you are there for the relaxing holiday of a lifetime or the adventurous backpacker stopping off to tick it off as a place they have been, Goa is well worth a visit by everyone.

Goa does not just offer you beautiful beaches as there are a lot of other things to do. Make a private guided tour of the many Spiritual activities in Goa

It is one of the most popular places to visit for a serious experience in Yoga retreats. There are also locations where you can come for meditation, reiki healing, reiki healing courses and T’ai Chi all on a custom tour.

The food is another reason as to why you will enjoy Goa. Another example of a Portuguese legacy is some of the Goa traditional food.

Taste the likes of a bread roll dipped in curry, Indian name Bali-pau, for breakfast or a spicy sauce called xacuti. Treat your taste buds to some fabulous local dishes.

1 This elaborate Basilica was built in 1605 and is famous all over the world with Roman Catholics. The tomb in the Basilica holds the remains, or as some say ‘mortal’ remains, of St Francis Xavier in a glass-sided coffin. A private tour guide of the Basilica will give you all the incredible history there is to know about this church while you look and admire the fabulous architecture and carvings. There is still mass held here every day.
Dudhsagar Falls 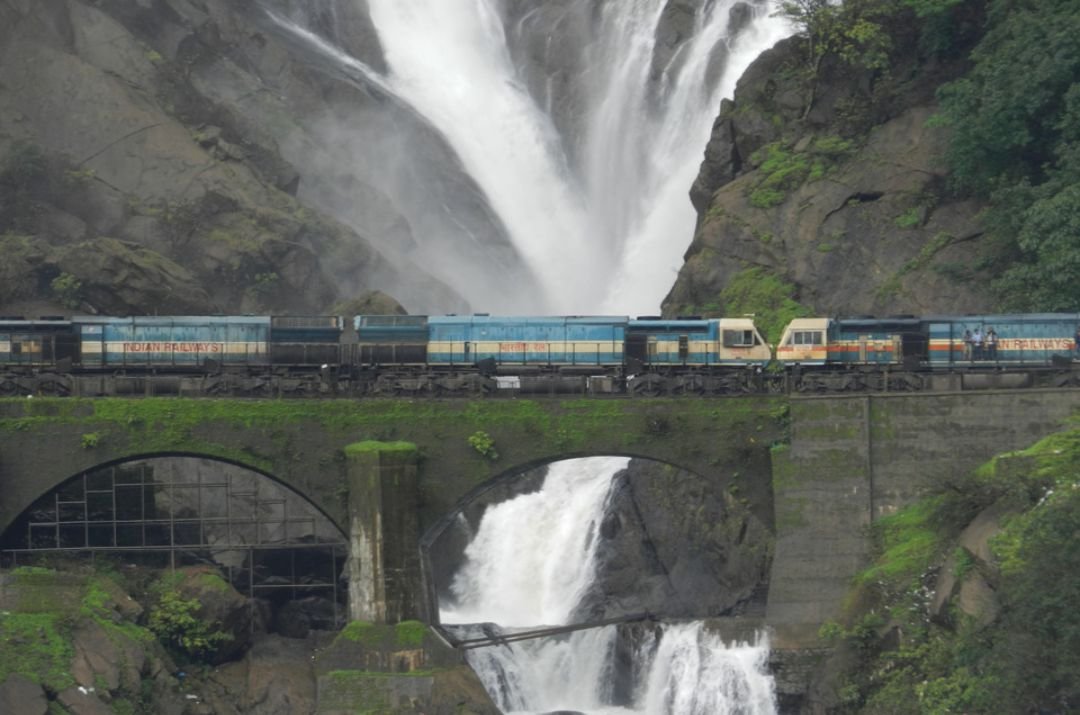 2 There is a very impressive waterfall in Goa, and it is worth taking a private guided tour here. The second highest waterfall in India, it is at 603 meters to be exact. It is possible to trek up to the top of the waterfall to see the most amazing views, but it is a hard trek. You can swim at the bottom of the waterfall which is fabulous but due to the amount of tourism here, don’t think you will have it all to yourself. After the rains is the best.
Sé Cathedral

3 The largest church in Asia is found in old Goa, Sé Cathedral. The Cathedral was built by order of King Dom Sebastian of Portugal in 1562. Due to a lightning strike in 1776, it lost a bell tower and now looks a bit lopsided with only one, but it all adds to the charm. A private tour guide is a must when visiting this cathedral because of the history and legendary stories. In particular, the story of the cross that kept growing!
Arjuna Flea Market

4 Take a private tour to the Flea Market in Anjuna’s. It is held weekly and must be experienced when in Goa for something different from beaches. Originally started up by hippies in the sixties selling stuff to make money, it is now more mainstream but just as exciting. The traders are very entertaining as you go around and will always overprice everything until you go to walk away and they will haggle. Buy souvenirs, clothes, jewels.
Church of Our Lady of the Immaculate Conception 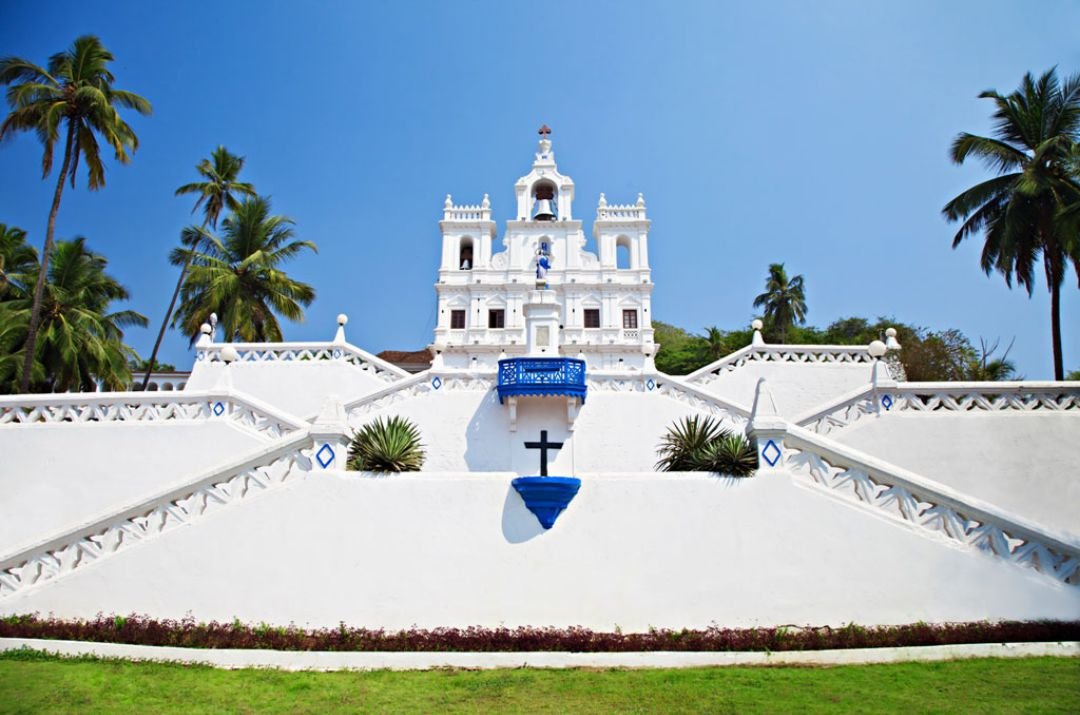 5 Just outside of Goa, is the Church of Our Lady of the Immaculate Conception built in 1610 in Panaji. When you first look at this church, it gives the impression of a white tiered wedding cake. The inside of the church is very technicoloured, and a private tour is always the best way to visit these places. At night the illumination outside the church is just beautiful. Its biggest festival is, of course, its namesake on 8th Dec.
Goa Chitra

6 A private tour of this museum will bring you back to the bygone era of Goa. An artist name Victor Hugo Gomes created this museum after noticing that the old traditional objects and utensils were gradually becoming extinct. It is an ethnographic museum, and he has gathered over 4000 objects that were cast off by people and workshops. It is a collection that has taken so far 20 years and keeps going.
Shri Mahalsa Temple 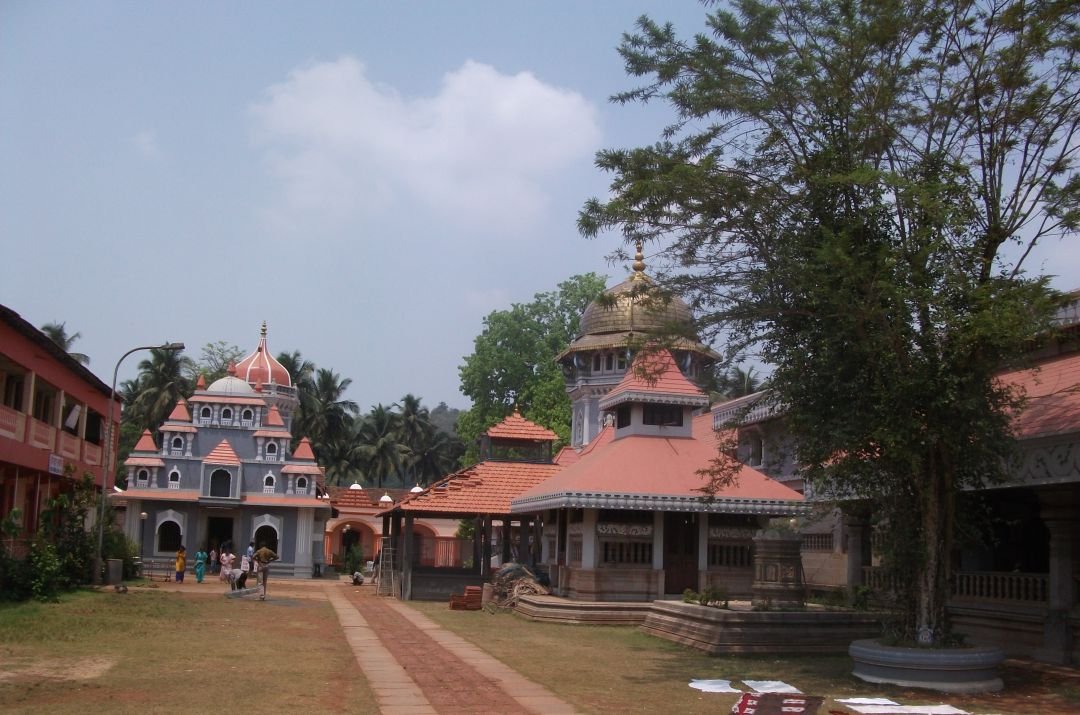 7 In a tiny village called Mardol, you will find the Mahalia Temple. This is a Hindu temple. Once ordered to be destroyed a Catholic priest overseeing the destruction asked that it be preserved and converted to a church, neither happened. When you enter the temple, a sense of calm and peacefulness comes over you. It is very ornate and outside stands the largest brass oil lamp at 12.5 meters high.
Dr Salim Ali Bird Sanctuary

8 This Sanctuary was created by the Forestry Department of Goa and is found on the serene Chorao Island. It is named after India’s best-known ornithologist. The Sanctuary protects the birdlife that has thrived here and mangroves. Take a private tour boat to a birdwatching tower to see such birds as colourful kingfishers, eagles, woodpeckers to name just a few. You may also get a glimpse of marsh crocodiles, otters or foxes too.
Palolem Beaches

9 For that picture perfect beach, you have to take a private tour to Palolem, and you will find the perfect beaches looking out onto a calm bay. The beaches have a gentle palm fringe curving around them that makes the place look tropical and isolated. There's always a great atmosphere on the beach with backpackers, long stayers and families all mingling together having fun. Palolem is one of the safest beaches in Goa, as it is protected.
Chandor

10 In a small village called Chandor, you will find a collection of Portuguese mansions that were once grand. To see these once grand facades and gables with wooden roosters is still beautiful maybe more so with age and vegetation growing everywhere. The village also has an archaeological dig site where they have already found an 11th-century Hindu temples foundations. There are lots to visit and explore with a private tour of Chandor.

Probably the best time to visit Goa is from mid-November to mid-February as the weather is at its most enjoyable for tourists. December, not only has great Christmas and New Year celebrations, but it also has the ‘Sunburn’ Festival, which is important to the people of Goa and they certainly know how to celebrate this festival! To see Goa at its most beautiful, visit it during the rainy season when the rains give Goa a fresh new vibrant look.

Goa, generally, is quite a cheap place to have a holiday in but from Christmas to New year when it is very popular the prices go up, so best book well in advance to get the cheapest deals. On average you are looking at prices of around $13 a night for a basic hotel, a decent meal for $5 or a large bottle of beer $2. To get around Goa, you can go by Auto Rickshaw from $1, bus ride from 12 cents or rent a motorcycle for a day for around $5

As you do anywhere in the world now, you need to be careful while on holiday with your yourself and your valuable possessions. Always keep passports and travel documents in safes provided in hotels. Have lots of insect spray as there are lots of mosquitos at night. Never buy items made from rare, endangered species and the use, possession and trade of drugs, if caught, is ten years in jail period! No early release and a huge monetary fine. Prebook tours.

The weather is very nice, pleasant, sunny, dry and comfortable to be in, during the months of November to March but can be humid at times. From April the weather is getting hotter and becoming slightly unbearable to be outside. Then, in June, the monsoon season starts with an unbelievable amount of rain falling but still quite a sight to experience if you happen to be there.