An Escorted Private Tour of Udaipur and the Magnificent City Palace!

Take A Tour To Udaipur regarded as the ‘Venice of the East’ as it is a city set around lakes and beautiful royal palaces. An Escorted Tour of Udaipur and the Magnificent City Palace!

With one particular area called 'City Palace' which overlooks Lake Pichola and consists of 11 palaces with courtyards and gardens.

In the middle of Lake Pichola, you will find Lake Palace, and it is stunning to look at. A sightseeing tour of Udaipur and the breathtaking city palace has to be done !!

The largest man-made Lake in Asia is Jaisamand Lake which is also located in Udaipur. The city is full of fantastic architecture and grandeur that will mesmerise you on a private tour.

There is one of the best solar observatories in Asia found in Udaipur, and it was modelled after a famous solar tower in Southern California.

Udaipur is a very romantic city with its grandeur, architecture, Lakes and hills. You will not find a better city in India, to wine and dine your partner at candlelit dinners looking over the lakes or slow boat trips on the lakes, Udaipur has a lot to offer a tourist.  Read More...

Private Tours of the Stunning Monsoon Palace in Udaipur 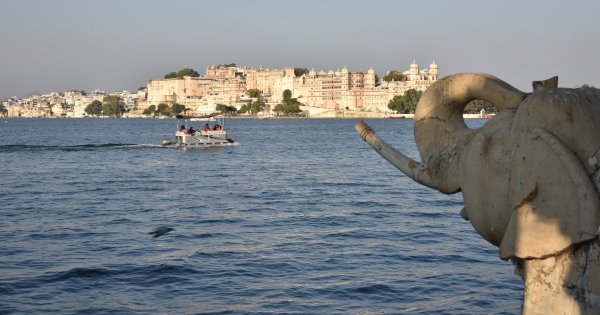 Adding to the natural charm of Udaipur are the crooked, narrow and timeless streets.  A private tour of the stunning Monsoon Palace and a walk through these streets can make you think you are living in the old days.  Some of the shops and restaurants have kept to their original old styles to compliment the streets they exist in.

The sightseeing walking tour is an excellent way to hear about the history of the city.

On other streets, there are colourful bazaars with all the hustle and bustle that goes along with them.

There are art galleries and museums with wonderful paintings and artefacts to ensure you are educated on all there is to know about this gorgeous city.

Around New Year there is a significant art and crafts festival called the Shilpgrim festival, and it is a very busy city then. A custom tour to Monsoon Palace is a must while in Mumbai

Top 10 Things to See and Do in Udaipur

1 Reflecting the beautiful blue and grey of the surrounding mountains on its glass-like surface Lake Pichola is a magically scenic spot. The city complex and gardens hugging the eastern shore are a magnificent display of the opulence and indulgence of another era. Wander the lakeside or take a private tour boat trip out to explore the island or take a pleasure cruise and relax admiring the stunning views and peaceful surroundings.
Jagmandir Island 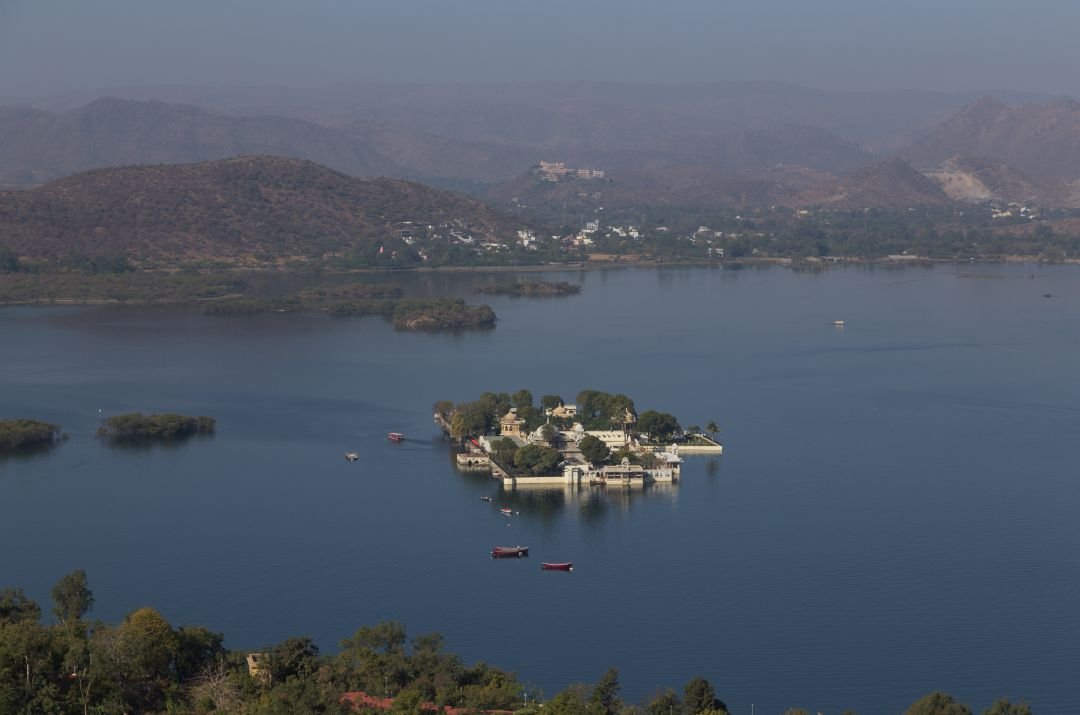 2 Taking up all of Jagmandir Island in the middle of Lake Pichola is this stunning yellow sandstone Palace. It has very changed little over the years, and this marvellous marble Palace still holds its grandeur and its amazing architecture.  A row of huge stone Elephants greet you at the entranceway into the compound, and the bluestone 17th-century tower is breathtaking. Visit this marvel on an excellent custom tour.
Shilpgram 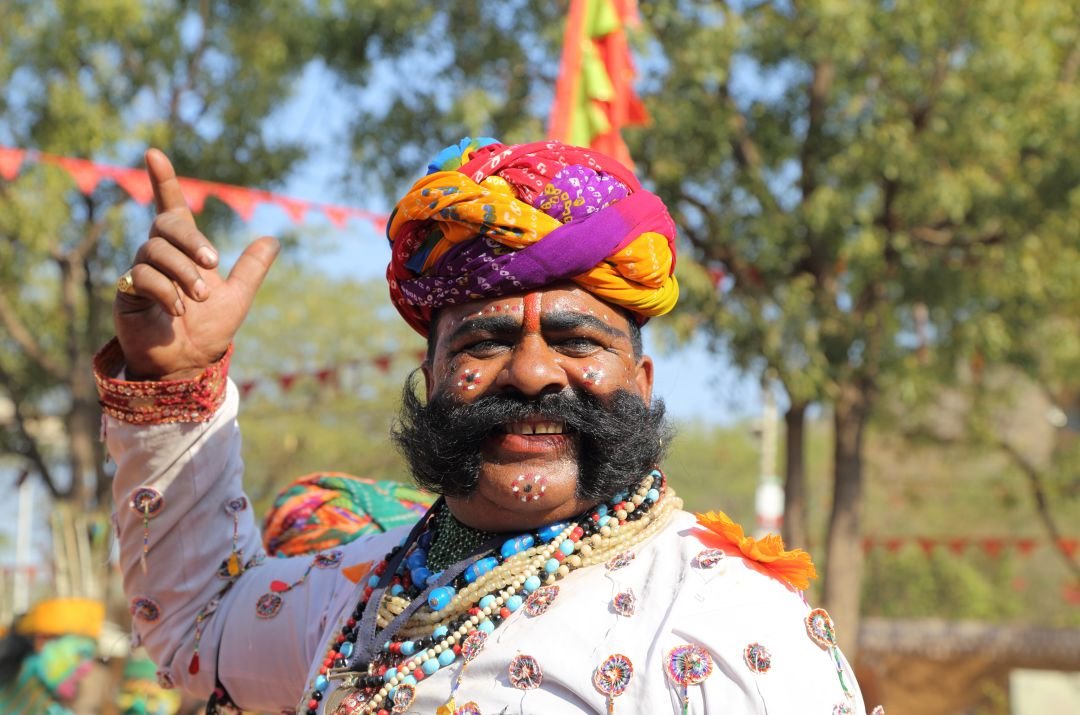 3 Take a private tour of this fascinating crafts village, situated west of Fateh Sagar and was inaugurated by Rajiv Gandhi in 1989. This place is the cultural center of Udaipur. It comprises of 26 traditional village houses from all areas of India and there are exhibits in each one of crafts from those particular areas. The best thing about a trip here is the traditional dances and artisans that perform when you arrive.
City Palace 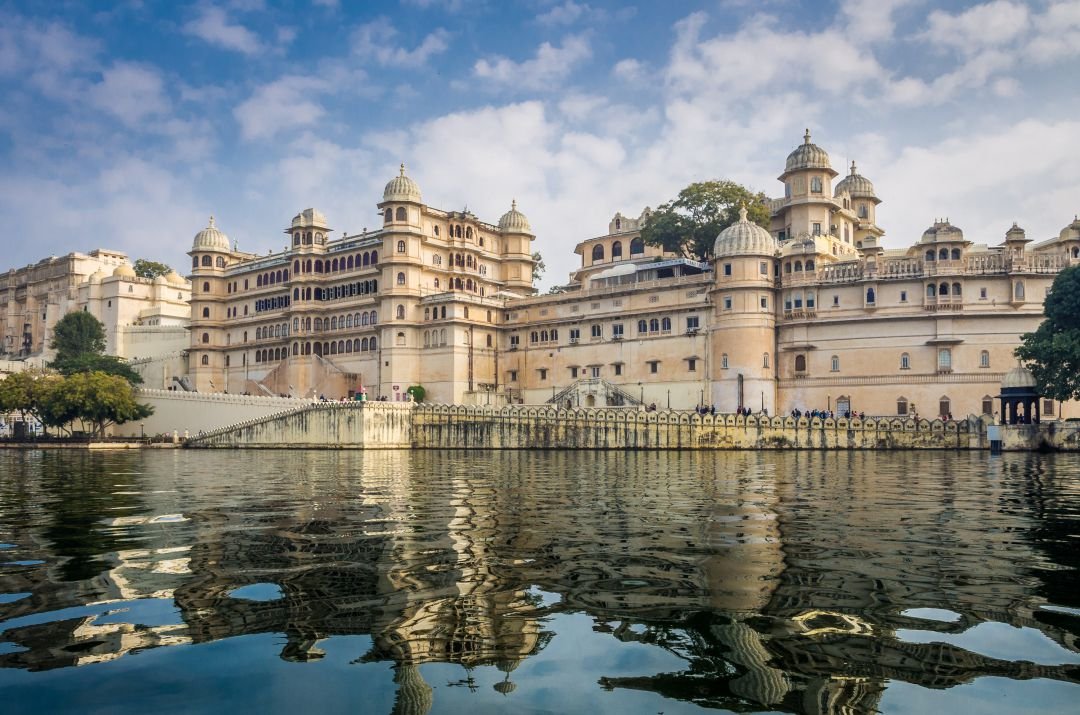 4 Built in 1559, City Palace is the largest Palace complex in Rajasthan and an architectural marvel. There is a blend of Medieval, European and Chinese architecture still seen all over the compound. On your private tour, you will find towers, arches, domes, an assortment of hidden courtyards, pavilions and lush green hanging gardens, not to mention the grand main Palace with all its beauty and stylish decor.
Durbar Hall

5 As the City Palace is so big, you may not be able to appreciate everything if you try to see it all in one tour and Durbar Hall deserves a lot of time. The high ceilings of the  Royal reception hall still hold some of India’s biggest, ornate chandeliers. On the walls, there are displays of portraits and weapons from the oldest ruling dynasty in the world. There are viewing galleries where ladies were able to watch events in hiding.
Sajjan Garh / Monsoon Palace 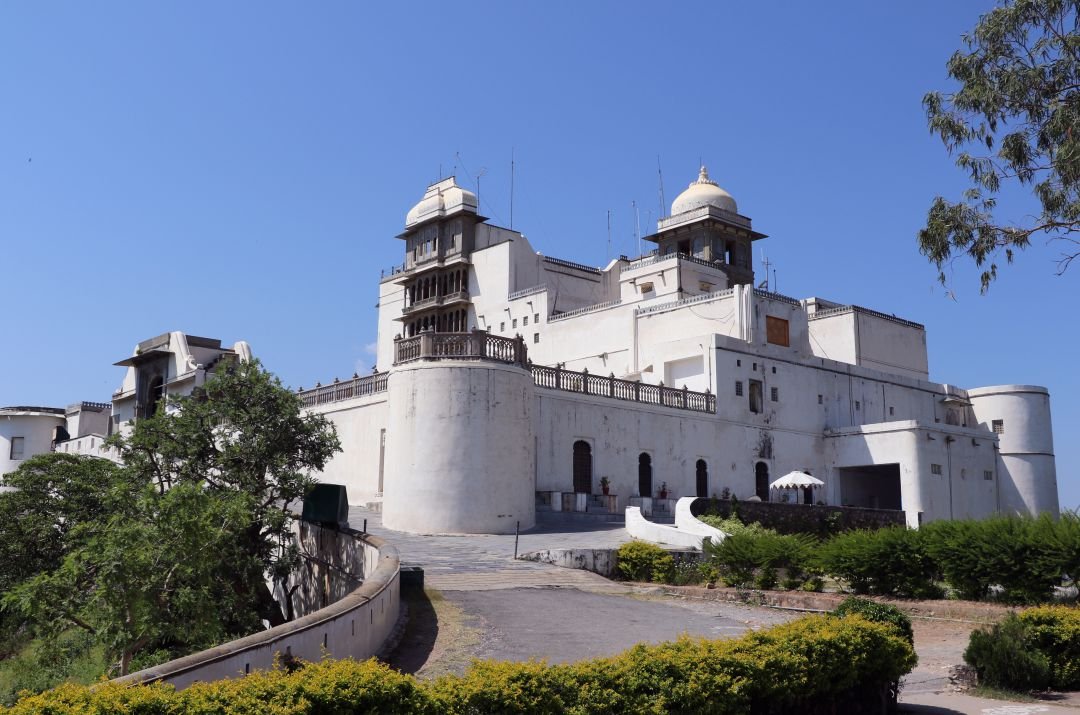 6 Sajjan Garh is like a neglected fairy tale castle that is perched on top of a distant hill. Maharana Sajjan Singh built this castle in the 19th century, and it is now owned by the government. It maybe a bit dilapidated but that does not stop visitors going to see the palace and the brilliant views from where it sits, especially at sunset, it is magical. Try the wildlife sanctuary to visit on your private tour of India.
Ahar

7 East of the old city is Ahar, and it is where you will find Udaipur’s royal cremation ground. Forming a city of domes, there are over 372 ornate cenotaphs of Maharanas and queens of Mewar.  This spectacular site has been built up over 400 years. The newest cenotaph erected in 2004 was that of the last Maharana of Udaipur, Bhagwat Singh who died in 1984. From there you can also visit the Ayad Jain Temple and the Ahar Government Museum.
Jagdish Temple

8 This Ornate Hindu Temple in Udaipur is reached by steep steps flanked by elephants. It is a busy Indo-Aryan Temple built by Maharana Jagat Singh in 1651 and lies just north of north of City Palace. There are wonderfully carved structures in the Temple, and the main one is a structure enshrining an image of Vishnu, in black stone, as Jagannath, Lord of the universe. There are lots to see on guided private tour here.
Bagore-Ki-Haveli 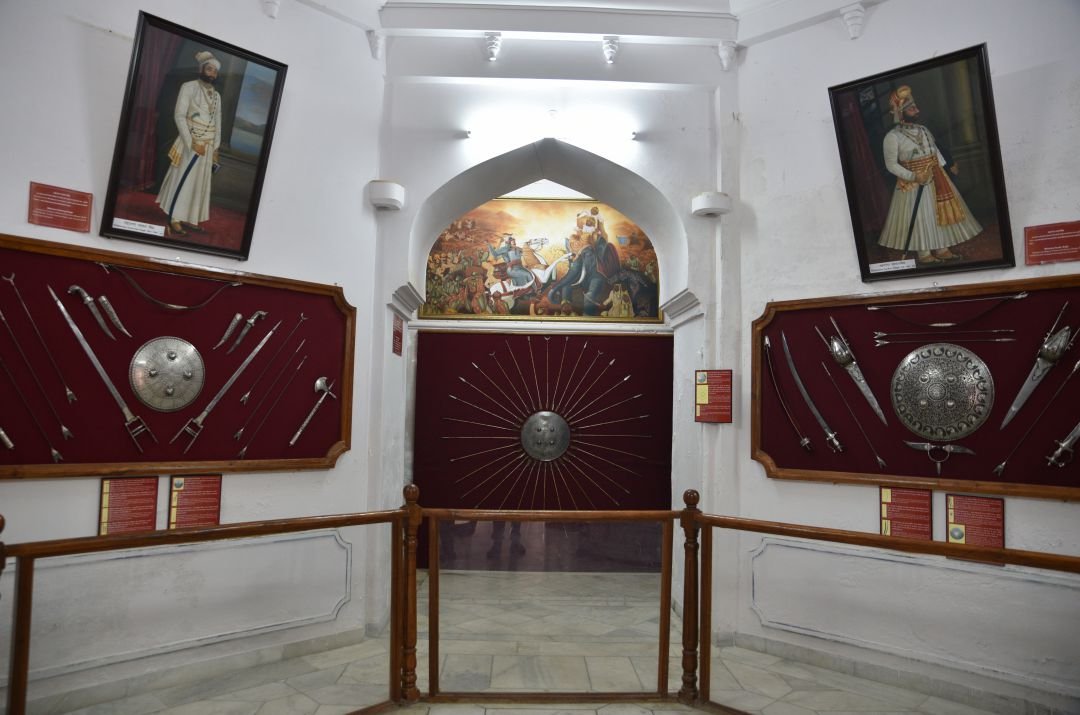 9 A museum built in the 18th century situated on the water’s edge in the Gangaur Ghat. It was constructed by the prime minister of Mewar and has been carefully and sympathetically restored. The haveli houses a gallery that features a collection of fascinating photos of Udaipur and a world famous collection of surreal monuments carved out of polystyrene. There is also a display that holds the world's biggest turban.
Machla Magra 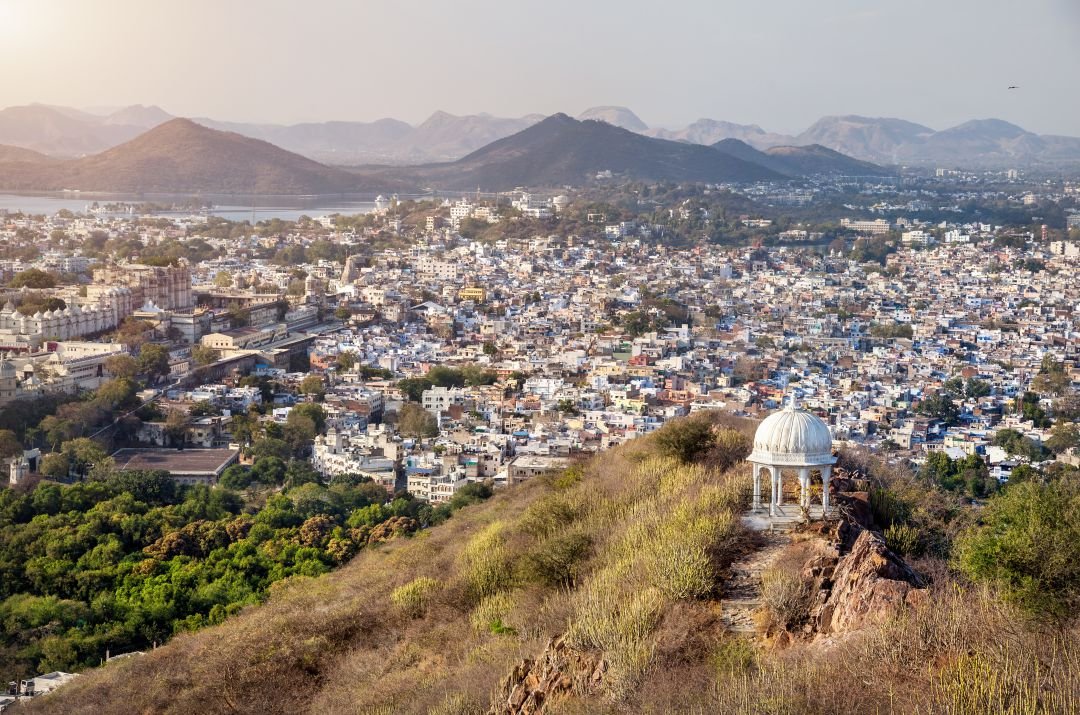 10 Offering unrivalled views over Lake Pichola and the Monsoon Palace this is the most amazing vantage point to experience this view.  Come to watch the sunset over the Lake Pichola Temple and the ruins of the ancient fort.  Probably not for the feint hearted a cable car, run by ropes, swings you up the hill to the top.  However, the perfect panoramic views make it a trip well worth taking and a spectacular photo opportunity.

The best time to take Guided tour Udaipur is September, October, November, December, January, February and March when the weather is dry and climate comfortable with lots of sunny spells, so not too hot for going around sightseeing or taking free boat trips. To go in April, May, June or July and you might experience immense heat that would mean it is unbearable to go outside. It is more expensive, around December and January when tourism is at its peak

It is still reasonably cheap in Udaipur. You can get a good meal including a drink for about $6 per person, and a big mac meal is approximate $2.60. A good bottle of red wine is $8. To get around the city, a 3km taxi is only around $1. There are great deals to be had on clothes shopping, so look out for them. Nights stay, in a good basic hotel, will cost around $12 per room and not per person, Sightseeing tours are very reasonable. The tours are great!

Udaipur is one of the safer and more relaxed cities in Northern India. However that does not mean you are less careful about your belongings, still keep all passports, money and documents in the safe at your hotel. When visiting sacred places dress appropriately and be respectful. You need to tip in top end restaurants only and rounding up the fare in a taxi is enough of a tip to them. Book private guided tours in advance!

There are three main seasons in Udaipur, summer, a short monsoon season and winter. During the Summer, March to July, it is scorching with an average summer day temperature of 38º Celsius. During the monsoon season, from the end of July to September it is not continuous rain but more humid with dusty winds and thunderstorms. Winter is very pleasant with sunny, warm days and at nighttime a little chill in the air 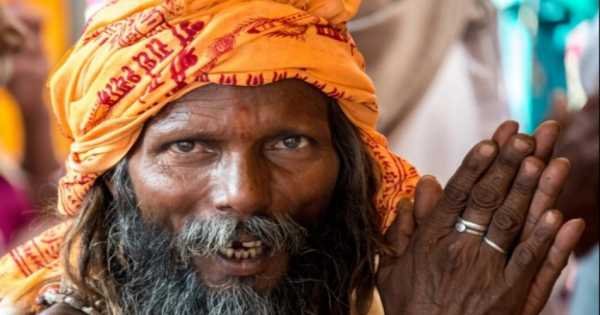 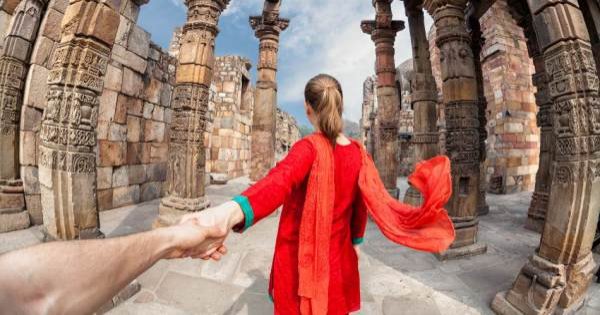 The Indian state of Rajasthan is well-known all around the world and caters for a variety of tourists. Visit the foremost romantic destinations like city, Agra, Jaipur 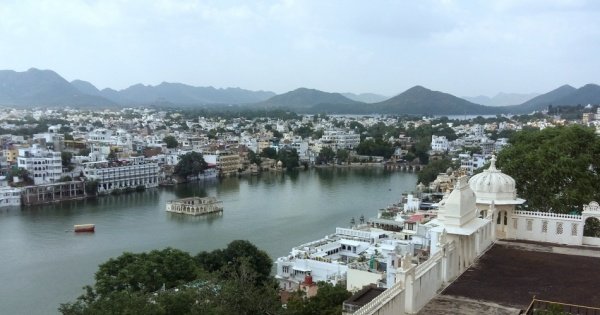 Udaipur city sightseeing tour will be extremely joyful because of my expertise in Mewar History, Architecture, Art and Cultural knowledge. I will serve you excellently.

Rajasthan is home to a colourful culture and superb forts. And during this 5-days long tour, you may discover the magic of this state, and visit its best tourist spots.

Book this full-day tour in Udaipur to visit some of the most popular attractions including City Palace, Jagdish Ji Temple, Bharatiya Lok Kala Mandal, Saheliyon-ki-Bari, Fatehs 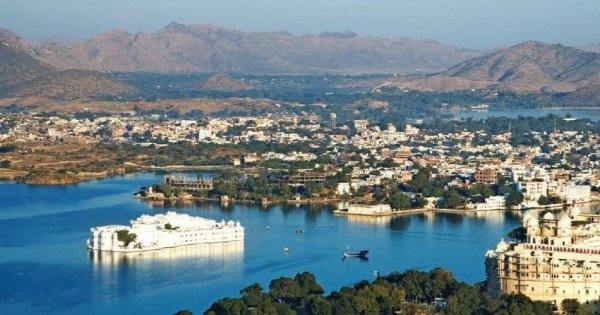 Udaipur city tour with your guide to explore the Jagdish Temple, the City Palace grounds and museum, Fateh Prakash Palace, and Saheliyon ki Bari on this day tour of Udaipur.

Private Tour Udaipur
Filter Results
Categories
Latest Reviews
An Escorted Private Tour of Udaipur and the Magnificent City Palace!
4.5 out of 5 based on 1 reviews.