Taking a Stroll Along the Narrow Streets of Trastevere

Taking a stroll along the narrow streets of Trastevere is an ideal way to step back from the main tourist attractions in Rome and experience a more quiet and equally cultural side of the city. Yes, on a private tour of Trastevere you can expect less crowds and a more personal nature as you explore the backstreets of the capital which offer a small town feel and a fascinating adventure.

Trastevere is one of the most ancient neighborhoods in Rome, the name of which translates to English as “across the Tiber”. In this sense, you might expect that this suburb is located on the opposite side of the river from the famous landmarks such as the Colosseum, although this also means it finds itself on the same side as the Vatican City.

Restaurants, cafe's and lively bars delight visitors with a sublime mix of local cuisine, fine wine, coffee and a memorable nightlife, while there are also many decadent guesthouses next to both modest and more luxurious hotels in the centre.

On a private tour to Trastevere, you can expect a more primitive experience compared to the better known attractions in Rome and a certain charm which is not usually present in such a large city. From the beautiful square, Piazza Santa Maria, to the quaint churches and other historical remnants, Trastevere is akin to an escape within a city and a cultural taste in one of the oldest neighborhoods in Rome. 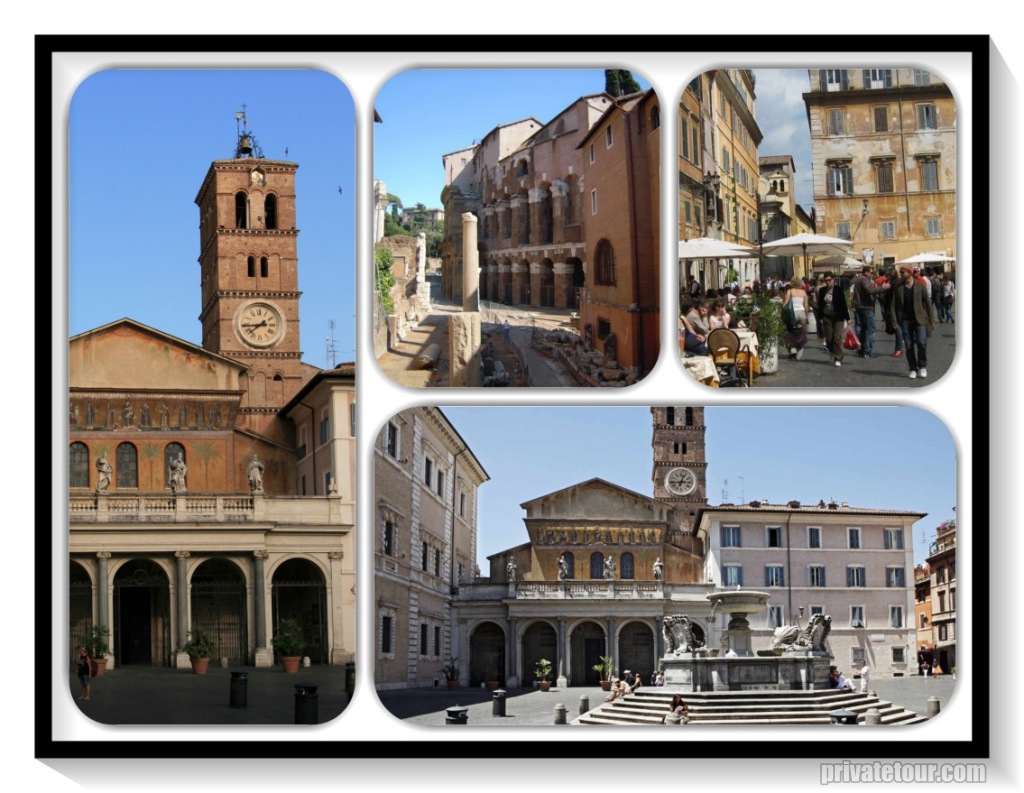 © Copyright 2017 Private Tour Inc. All Rights Reserved.
No part of this site may be reproduced without our written permission!
Use of this website constitutes acceptance of Private Tour Inc.'s Terms & Conditions.