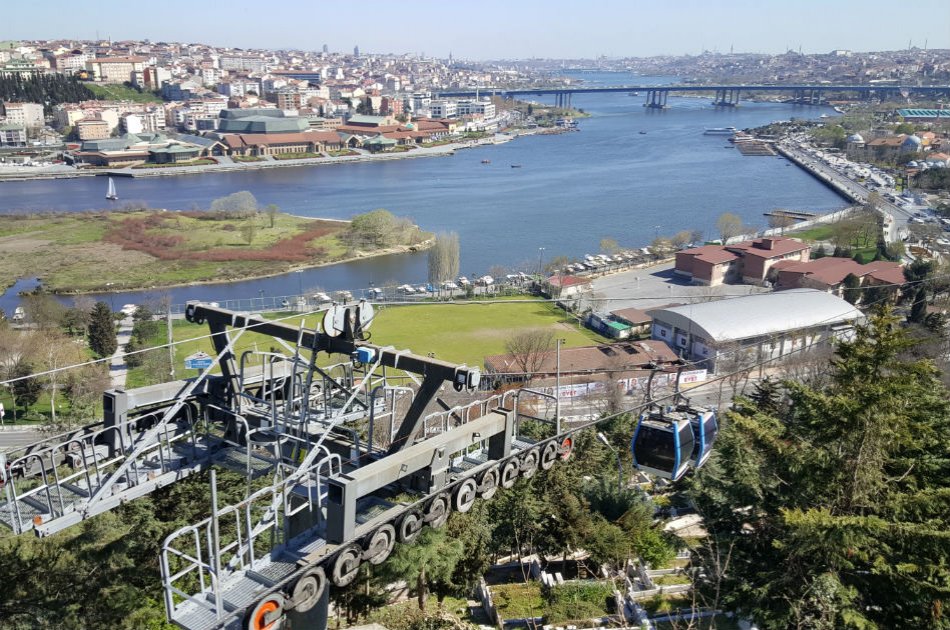 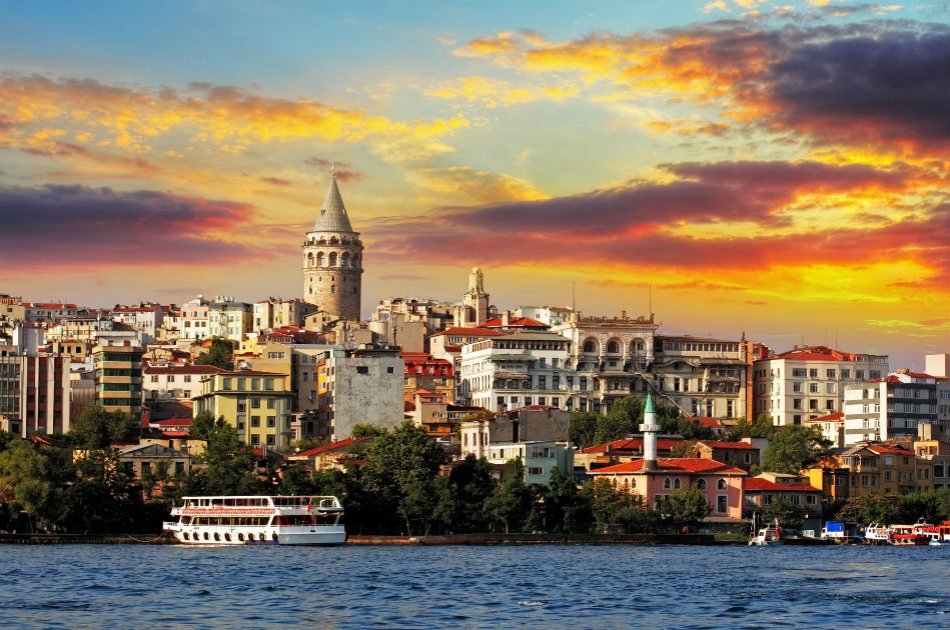 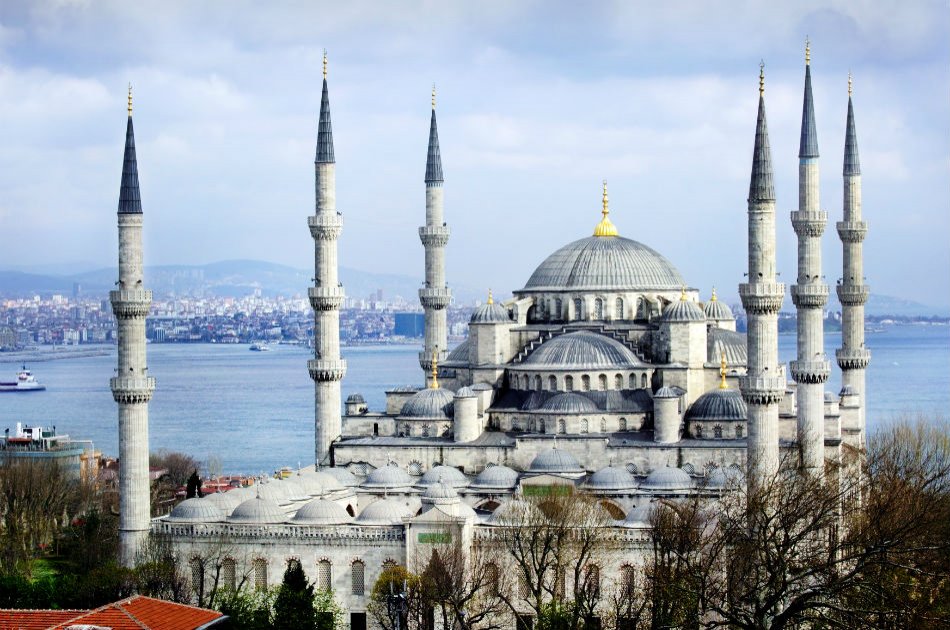 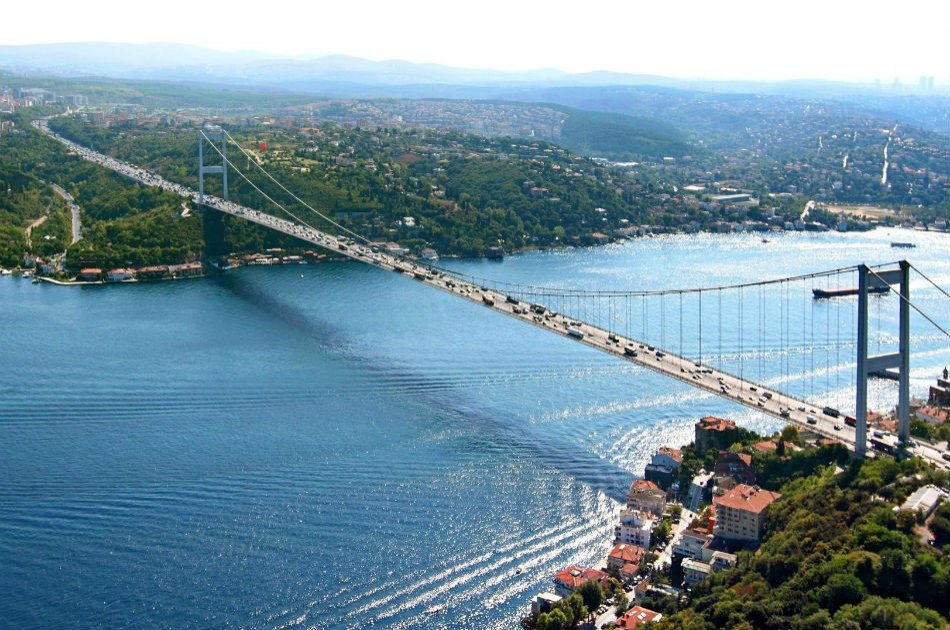 On this 4-hour afternoon program, you’ll be picked up at your central Istanbul hotel and head out on a drive along the Golden Horn, an arm of the Bosphorus and a natural harbour for the historical peninsula separating the old and new parts of Istanbul.

Explore this residential area for Byzantine Jews, Italian traders, and other non-Muslim minorities during the Byzantine Empire. See traces of history at Balat and see the Metal Church of St. Stephen, the Bulgarian Jewish Hospital (Or-Ahayim), Fener Orthodox Patriarchate, and the 22-kilometre-long walls of the old city of Constantinopolis.

Built by Constantine the Great and expanded by Emperor Theodosius in the 4th century A.D. these stone walls protected the capital of the Eastern Roman Empire for 900 years and were the strongest fortification of the Middle Ages.

Eyup Square is the spiritual centre of Istanbul for the Muslim Turks and is the perfect destination for those who would like to enjoy the stunning panoramic view from its heights. Take the cable car up to the coffee house on Pierre Loti Hill, and enjoy some free time to take in the view of the Golden Horn estuary below.

It’s just a short drive to the Eminonu Pier, where you’ll board a ferry for a 90-minute breathtaking cruise along the Bosphorus Strait, separating the Asian and European continents, and running through the city of Istanbul.

Your expert guide will provide commentary about several Ottoman palaces, ancient fortresses, the continental suspension bridges, and upscale shore villages with typical Ottoman architecture that you see along the way.

During the tour, you’ll also see the Imperial Gardens of Royal Yildiz Palace, the Bosphorus Bridge connecting the Asian and European continents, and the Beylerbeyi Palace from the ferry.

If time permits, you’ll be taken to a leather fashion outlet centre.

After the tour, you’ll be transferred back to your hotel.

IE   March 13, 2022
Rating
My husband and I had the best time on this trip and we had an excellent time mostly due to our guide, he was incredibly knowledgeable, friendly and professional and made the extra effort to make our visit through tour. THANKS.
Reviewed by Travellingmama19

GB   March 13, 2022
Rating
we have an enjoyable time in this tour. thank you very much on all the arrangement.
Reviewed by Gene R

US   March 13, 2022
Rating
A VERY INTERESTING TOUR, WELL EXPLAINED BY OUR TOUR GUIDE AND WELL WORTH DOING.
Reviewed by SPjane561

GB   March 13, 2022
Rating
Our family of six spanning three generations booked this tour. Our guide was excellent and was with us at all times explaining what we were seeing and the historical or social significance of these sites. Nothing was a problem, and as it was such a beautiful day and I had my elderly mother with me. Our guide at no time made us hurry. Thank you so much and I will most certainly recommend if we ever have from this tour company.
Reviewed by Wayne

GR   March 13, 2022
Rating
We knew we were in good hands as soon as we see our guide. You could tell he was really passionate about his job. He shared informative and interesting information with us. Definitely a recommended tour company and you should check it out.
Reviewed by Alisonpalette

GB   March 13, 2022
Rating
A terrific guide and a well-planned schedule for the day, no waiting at all and we saw everything that we wanted to see.
Reviewed by Emma D

US   March 13, 2022
Rating
We loved this tour and highly recommend it.
Reviewed by Jose David S

ES   March 13, 2022
Rating
I loved everything in tour including our tour guide. * Informative * Excellent commenter * Caring ( make sure everyone comfortable and safe). * Charming and has positive energy. ** He speed so don't worry you'll reach fast and on time. Thanks.
Reviewed by Tania

PT   March 12, 2022
Rating
We really enjoyed this. I wish we'd had more time. I would do this tour again. Thanks.
Reviewed by Bailey Morris

CA   March 12, 2022
Rating
it was worth it. This was a great way to start our holiday in this city. It gave us a feel of the area we were staying in and the tour guide kept our children engaged the entire time. Thank you very much for everything.