Pop over to Pretoria on private tour and see the precious, playful city. Know as South Africa’s administrative centre with some gracious, restored and loved old houses, wide streets and large leafy suburbs.

More Afrikaner than Jo’burg with less cosmopolitan bars and restaurants the sedate Pretoria was once at the very soul of the apartheid regime, and its very name a symbol of oppression is now relaxed and open with equality and restfulness.

The streets with their beautiful purple hue of jacarandas in October and November are a sight to see as is the many historical and cultural landmarks around the city on a guided private tour.  Some of the most famous and visited sightseeing private tours in Pretoria are the Freedom Park, Church Square and Voortrekker Monument.  Read More...

Some of the Most Famous and Visited Sightseeing Private Tours in Pretoria Are the Freedom Park, Church Square and Voortrekker Monument

On your private sightseeing tour to the famous Freedom Park in Pretoria take some time to reflect on the past and get inspiration and hope for the future of this city.

Their attempt to encapsulate the very soul of South Africa into a people's park was at first thought to be a little ambitious, and a dream thought up by Nelson Mandela, but worth it as you will see on a Pretoria guided private tour.

The symbolic sites around the park are visually stunning, and the guides are very jolly and informative.

Top 10 Things to Do in Pretoria

1 The Pretoria Art Museum has focused on establishing a representative collection of local artists.  The revolving exhibitions of work from its collection is unique, as well as temporary exhibitions by local artists you will find works by other famous South African artists.  Take a guided private tour and see the superb showcases on offer from Henk Pierneef to Anton Van Wouw this is a must see private tour.
Freedom Park

2 On your private sightseeing tour to the Freedom Park, and take the time to reflect on the past and get inspiration and hope for the future.  Their attempt to encapsulate the very soul of South Africa into the people's park was ambitious but worth it in the end.  The symbolic places and around the park are stunning and informative.  This is a must see when you come to Pretoria.
Church Square 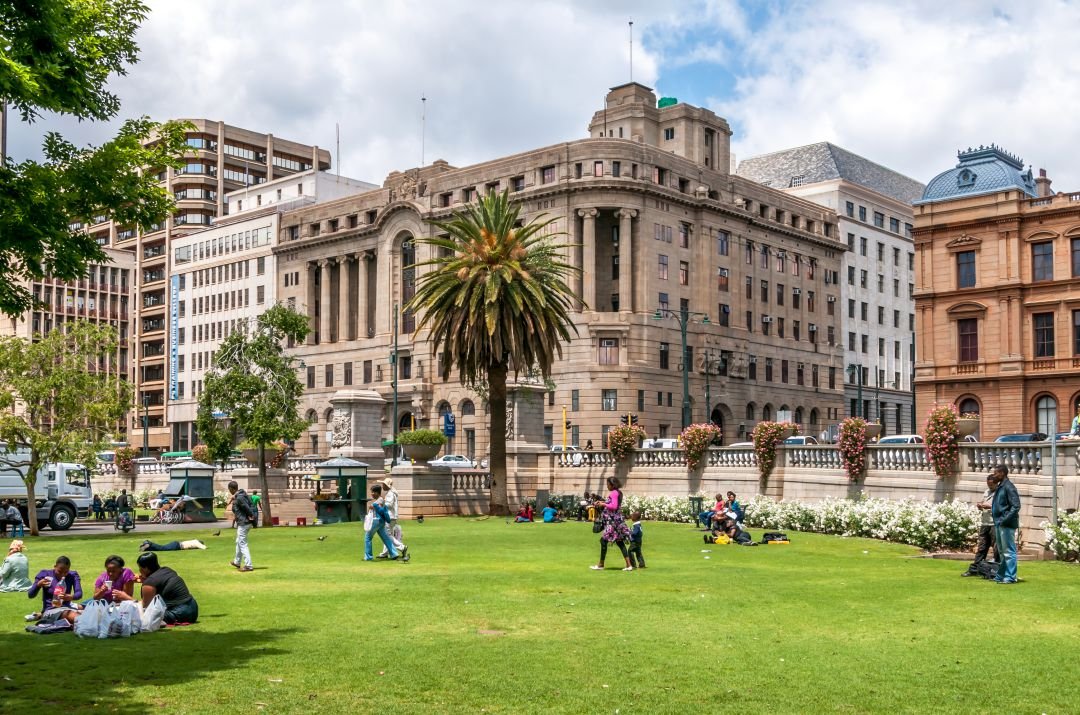 3 On a city guided tour of Pretoria, you will visit the Church Square, built in 1855; it is the city's first church and a popular destination for any tours.  Surrounded by historical buildings and neo-classical architecture styles there is a lot to see and do here.  The building in the square have been hosts to many controversial utterances this is the site where the Rivonia Trial of Nelson Mandela took place.
Voortrekker Monument 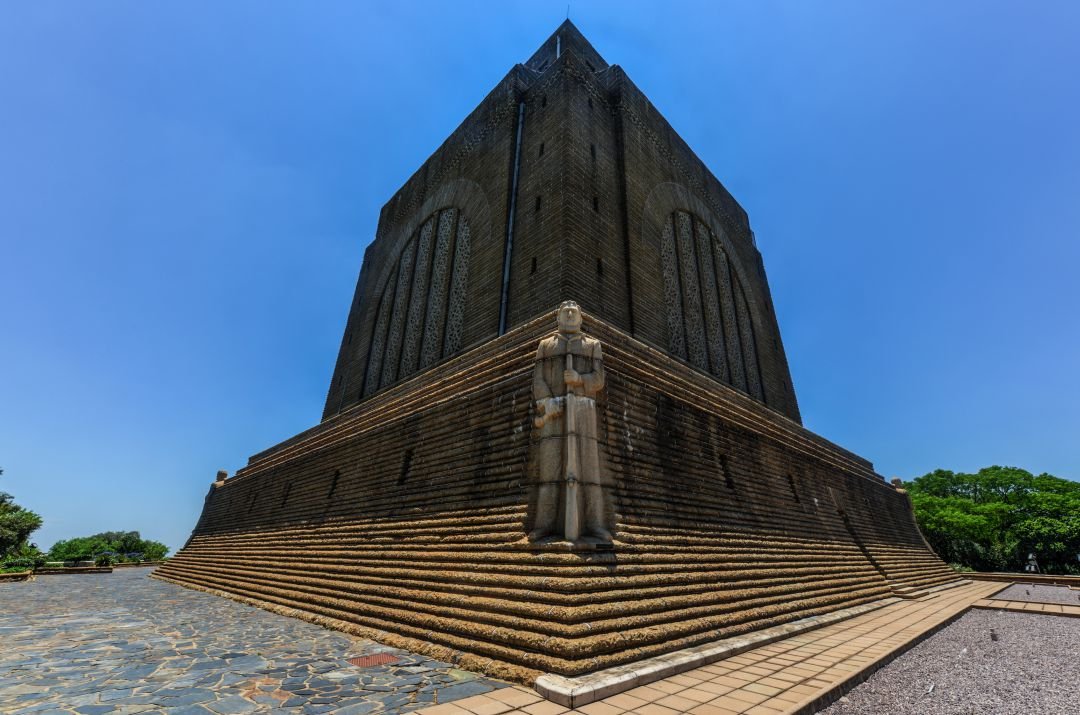 4 Take a guided private tour and visit The Voortrekker Monument; a must see in Pretoria.  The imposing concrete structure has magnificently sculpted murals depicting the journey of the pioneers and Afrikaner people during the famous 'groot trek.'  Inside the museum see the fantastic exhibitions and understand why it boasts to be one of the country's most visited museum in South Africa.
Pretoria national Zoological Gardens 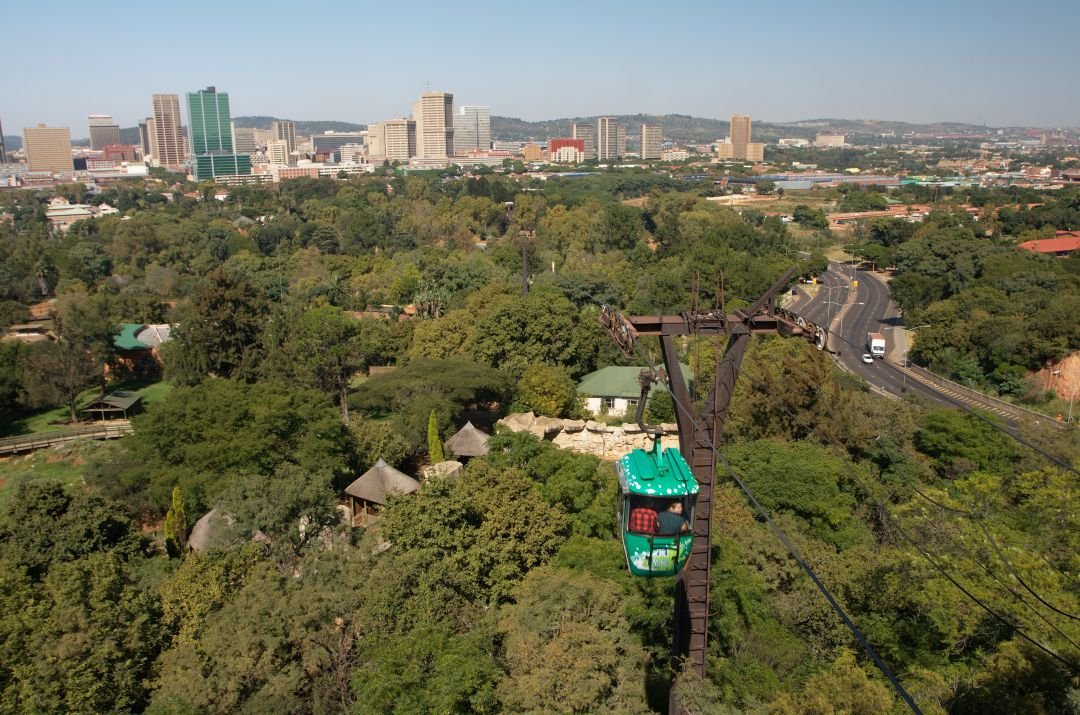 5 The National Zoological Gardens of South Africa has national status and is the largest zoo in the country.  Famous as the first zoo to birth a white rhino in captivity this Zoo is amazing.  An Aquarium and Reptile Park also form part of the Zoo facility in Pretoria. The Aquarium is the largest inland marine aquarium in the country. With over 3000 animals and a reptile park your day will be full of fun.
Natural Cultural History Museum

6 Take a guided tour of The National Cultural History Museum and see how they consistently display new and exciting exhibitions alongside its permanent exhibits.  Including an exploration of space through the ages, called ‘reach for the stars’, and a rock art show, known as the ‘rainbow collection’.  Some of the highlights include a Stone Age exhibit, an Iron Age exhibit and historical archaeology sites.
Kruger Museum 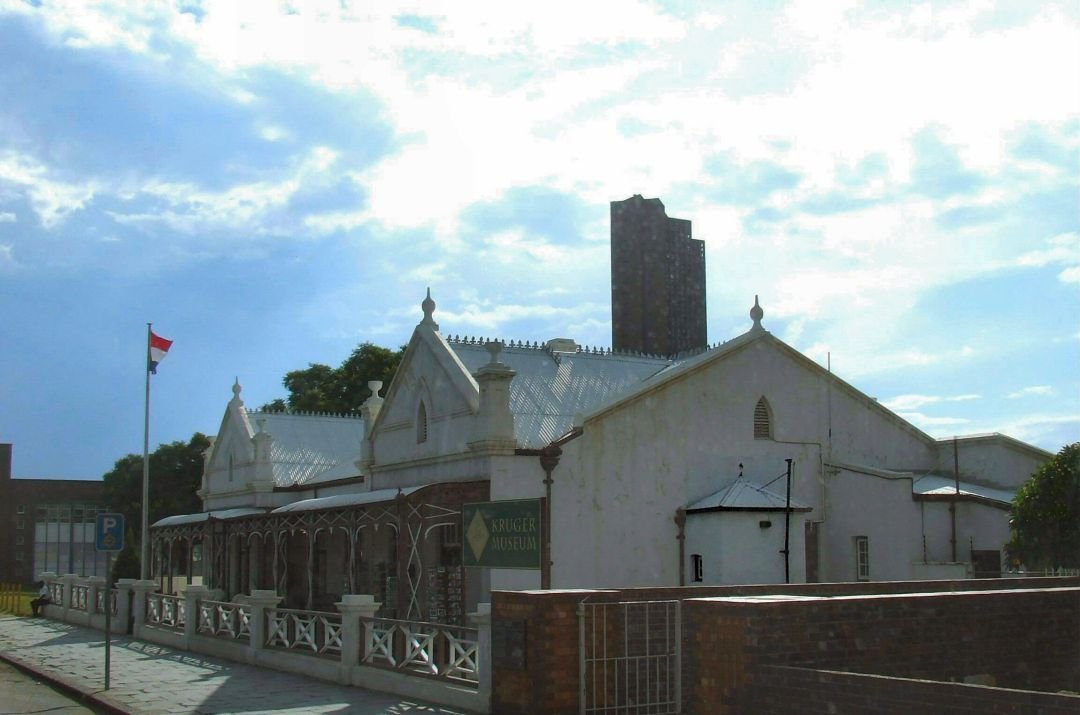 7 Kruger House Museum is situated in the centre of Pretoria.  The museum is located in Kruger House, the historical residence of the former President of the Republic of South Africa, Paul Kruger. On your private sightseeing tour, you will see the house has been refurbished to recreate the atmosphere of the period when the President lived there in the late 1800's.
Union Building Pretoria 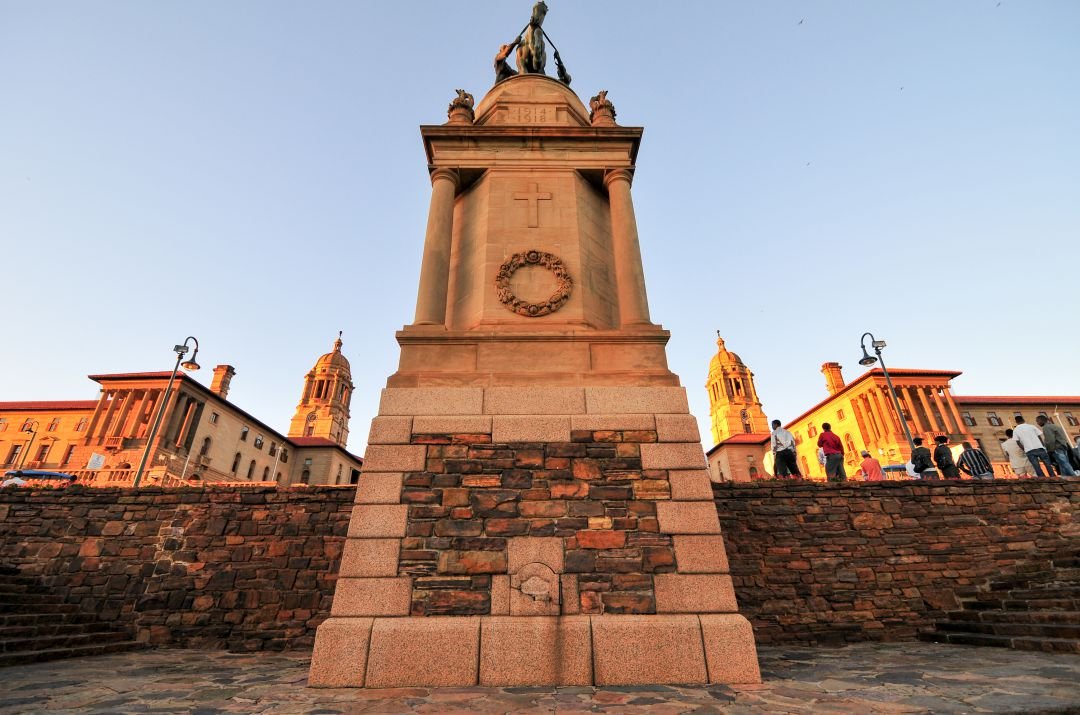 8 Built in the 1900s after Pretoria became the first administrative capital of the United Union of South Africa and a must see on any sightseeing private tour.  The wings of the structure represent Afrikaans and English, with the court between the two representing the Union of South Africa.  Housing the offices of the current president of South Africa; it is quite a sight to see with it's 30-foot-tall statue of Nelson Mandela.
Melrose House 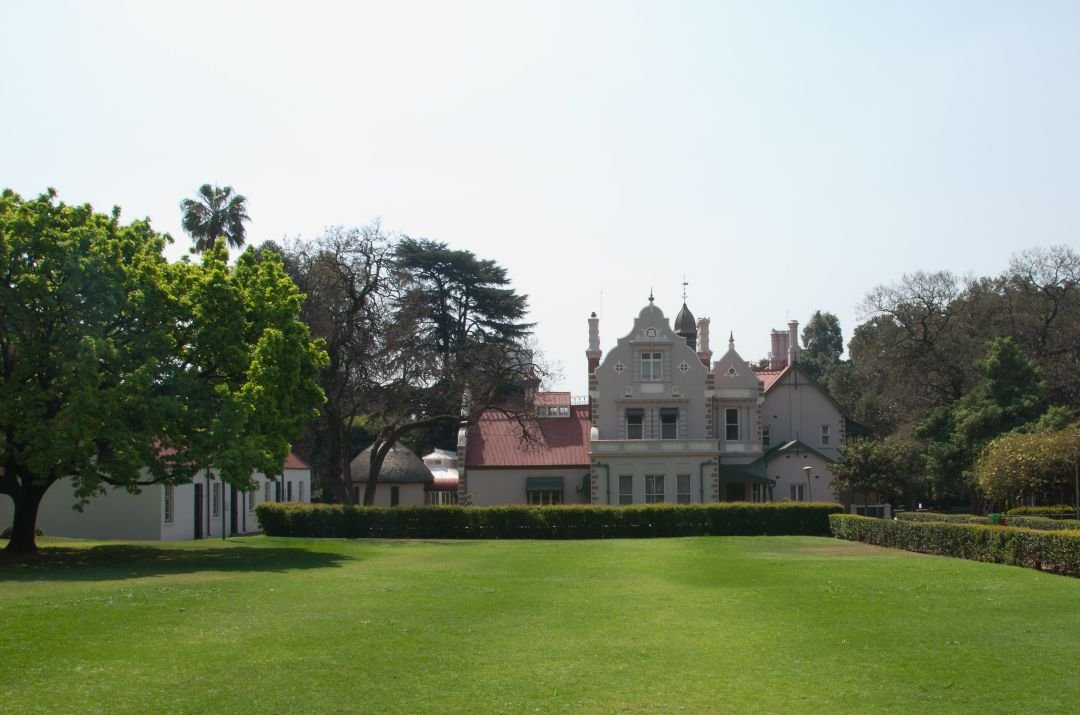 9   Take a private audio tour around Melrose House, and you can explore the many elegant rooms of this great house.  Built in the late 1800's by George Heys he had a definitive vision for the design and finish of the property.  It remained in the Hayes family until the 1960's when it was purchased by the city council and is now a museum.  There are yearly fairs on the grounds with stalls full of trinkets and bric-a-brac; a lovely place to visit.
Rietvlei Nature Reserve

10 On a custom tour of Rietvlei Nature Reserve, you will see some amazing game animals like blesbuck, black wildebeest, Burchell's zebra, waterbuck, reedbuck, springbuck, steenbuck and much more can be seen here.  On you jeep tour you can easily spot them on the open plains. You will also see leopards, buffalo, white rhino (which are endangered) and cheetah's it's an amazing day out.

The cooler months in Spring which are August and September or in Autumn months March and April are recommended. These months are ideal for sightseeing tours or guided tours. This region can get extremely hot during the Summer months of December all the way to March and therefore it can be a bit uncomfortable travelling on tours but if the heat is what you like then this is your ideal time. The Winters are very cold in Pretoria.

Probably the most expensive thing about South Africa is getting there because when you are there, it is relatively inexpensive. The biggest expense is likely to be accommodation, but if you are not too fussy you can get a night in a b&b, with an evening meal, that is basic but clean for around $50 - $70. The price of private tours or sightseeing tours will vary depending on the time of the year you are there but also they may vary between operators too.

There is nowhere in the world that is free of crime, so when in South Africa be careful of your belongings. Only carry enough money to do you for the day and keep it somewhere safe on your person and be always aware of your surroundings. Never walk alone at night in unpopulated dark areas. Tipping in restaurants and bars is between 10-15 percent but never feel obliged to leave a tip if the service was not any good.

The climate in Pretoria is mainly continental which is hot wet summers (December, January and March) and dry, mild winters (June, July and August) There is a high possibility that the infrequent rain in the summer will form the odd severe thunderstorms. Also do not be surprised if the winter temperatures at night drop to below freezing. March is the wettest month and January is the hottest month of the year.