Visit the Maritime Island of Vittoriosa With a Guided Private Tour

Visit the maritime island of Vittoriosa with a guided private tourIf you want to see a genuine insight into Malta, then Vittoriosa is the place for you.

Steeped in tradition and old island values the locals still celebrate fiestas and holy days as they had been done for many years.

Celebrating the Easter calendar is taking their beliefs to another level, you can see Religious People and locals lining the streets, and the Rising Christ statues are carried quickly through the crowded streets.

Since the Phoenician times, the harbour inlets have been in use with the docks always providing a living for local people.

Take a sightseeing tour to the recently restored Vittoriosa Peninsula’s Promenade is now open to visitors; you relax and have a coffee after a nice long walk around and take in the beautiful views and the local way of life.

Once you have left here, take a visit to the mysterious Mdina private guided tours of the ‘silent city’ where according to tradition the Apostle St Paul lived for many years. After being shipwrecked on the islands around 60 AD, he is said to have then lived in Fuori le Aura a grotto outside the city walls.   Read More...

Take a Sightseeing Tour to the Recently Restored Vittoriosa Peninsula’s Promenade a Must See!

On a Private Tour join in with the locals in celebrating the many fiestas taking place in Vittoriosa.  The pomp and ceremony will keep you entertained all day.

With your wedding coordinator arrange a guided tour of Vittoriosa; see the unique Inquisitors Palace to celebrate your nuptials.   This palace finished in the divine Roman Palace Style has a lot of mystery surrounding it.

It is said that back in the day anybody entering the building was sworn to secrecy and could not divulge any information about what they saw and what went on there.  If you want your wedding to have a little mystery, it’s all about Vittoriosa.

Another area to take a trip would be Victoria; a sightseeing tour here is the Crown of Gozo Malta.  Fortified sometime in the Bronze Age it was further developed during the Roman era.  It’s rather large, and an impressive defensive stone wall surrounding the city protected the locals from any attacks.

Top Things to See and Do in Vittoriosa - Birgu

1 Fort St. Angelo is the crown jewel of The Maltese Islands’ military heritage. On a Private Tour see if the legends are true that the fort stands on the site of a fortified Roman settlement. When the Knights arrived on the Island in 1530's, the Fort became the seat of the Grand Master of the Order. It was to play a heroic role in the Great Siege of 1565, when, against all the odds, it managed to defeat Saracen armada.
Inquisitors Palace

2 The Inquisitor's Palace in the heart of Vittoriosa is an example of a style of palace that would have been found in Europe and South America in the early period.  On a guided sightseeing tour see how this building did not succumb to the ravages of time.  The fact the palace, throughout many centuries of time hosted officials (high ranking) representing ruling powers on the Island, helped ensure its survival.
The Malta at War Museum 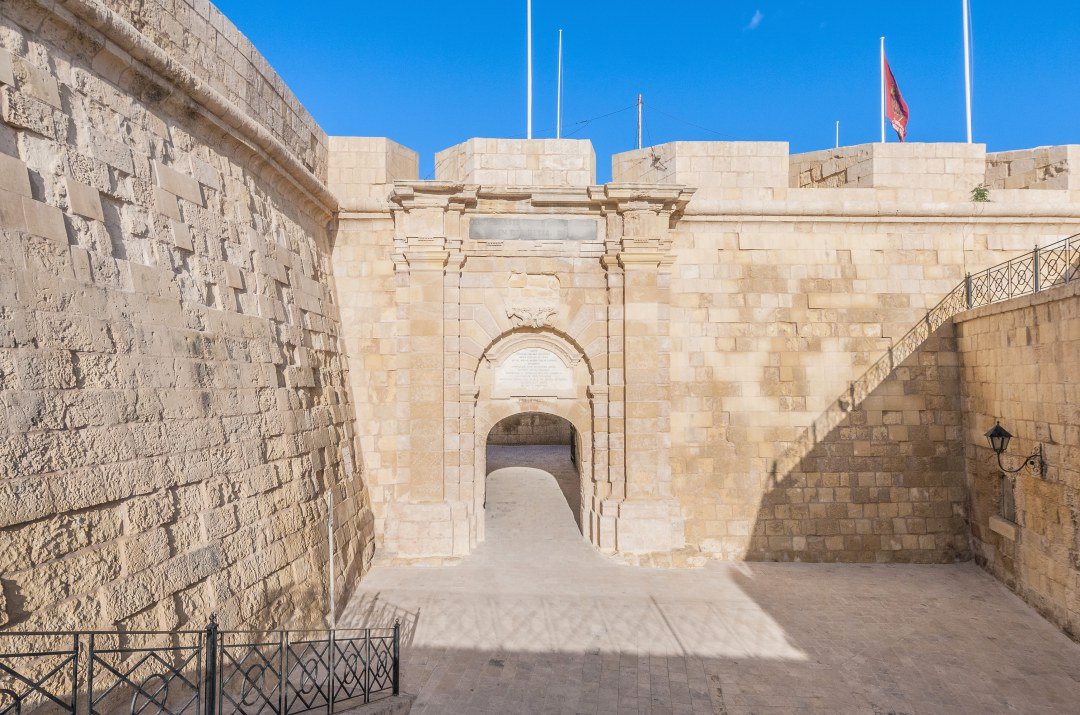 3 The Malta at War Museum, documented for posterity as the greatest country and people to defend itself during the Blitz in the 40’s.  On a Private Tour see the Royal Navy's former home in Malta and one of the most targeted bombed places in WW2.  The museum combines an attractive exhibition about the Second World War and an air raid shelter, where hundreds took refuge during the raids.
St Lawrence Church

5 Visit the Norman House while walking around the picturesque streets of the Collachio. The "owner" could be seen around and is happy to tell tourists all about the history of this 13th Century House.  Looking after the property for the last eight years, he has been working on the adjoining property also to restore them to their original finish.  He is not shy about asking for a donation so beware.
Notre Dame Gate 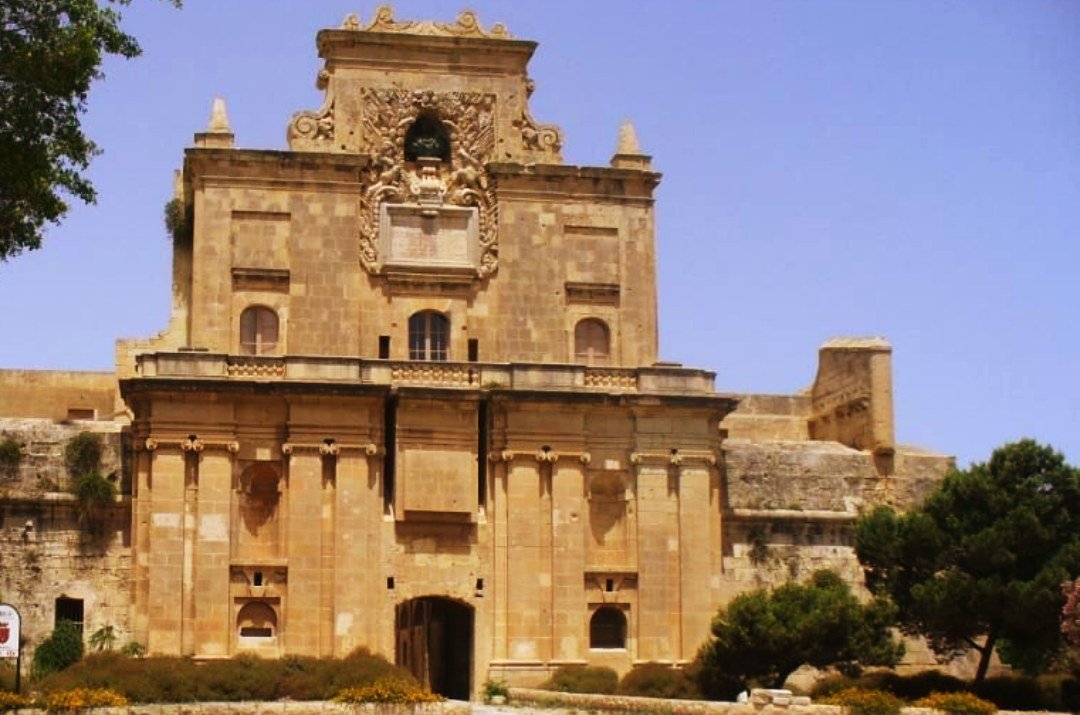 6 Notre Dame Gate is a baroque military gate built in the 17th century to protect the Three Historic Cities of Malta.  It is of monumental proportions built on five levels.  From its roof, one can observe the island including Cottonera and Valletta.  Over the centuries it was the main gate for the region, a gun powder magazine, military barracks, chapel, and an air raid refuge throughout World War One.
Oratory of St Joseph

7 Situated near the main door of the church is the entrance to one of the most fantastic museums in Malta.  This little treasure has the best-guided tour on the island as the tour guide is the owner of the collection.  Inside the array of items dating back to the Knights is super,  the guide can tell you the story of each and every piece.
Malta Maritime Museum

8 The Malta Maritime Museum located in Vittoriosa and is spread out over 2,000m2 with one hall focusing on the Royal Navy in Malta, the second to the Order of St John and a third one to the Adrian.  A new arena Engineering exhibition opened in October 2003, and it is attracting many visitors.  exhibitions are also arranged with something new and exciting to see from time to time. Go on a Private Tour and give it a go.
Walking Tour

9 Book a Private sightseeing tour and try the 3Hr walking tour of the city, see the landmarks including Fort St Angelo, the Inquisitors Palace and St Lawrence Church.  Your guide will take you through the oldest part of the city with its winding streets, and you will discover hidden little shops and treasures.  You can take many breaks along the way and finish up at the Waterfront for some food and a drink.
Self-Drive Tour

10 Book a Private Tour and do the self-drive trip of Malta taking in Vittoriosa and the three cities.  Pick up your off road buggy and away you go.  Equipped with a sat nav the pre-configured route is all set out for you.  It can be fun, but maybe a little challenging but with the right group, everything is fun.  The audio commentary was great; loaded with information.

Vittoriosa is a very reasonably priced travel destination and the best time to travel for the nicest weather and to see the many festivals is between June and August. Try to book any guided tours or private tours before your arrival as you may pick up some bargains.

Do your research and have a good idea of exactly where you want to go, use a Private Tour company where possible to book all your Tours for you. The locals very accommodating, they are a very open community, but they take their religious festivals very seriously so just remembers you are the visitor. For Weddings make all your meeting's and arrangements before your departure use a Private Tour Company where possible.

As with many European destinations, the low season is from November to February with average temperatures of about 12oC so not a time to lie in the sun. January and February are the coldest months so unless you want to stay inside we recommend travelling between June and August to somewhat guarantee temperatures in and around 35oc.