Visit the Vivacious and Vibrant Victoria on a Guided Private Tour!

Visit the Vivacious and vibrant Victoria on a guided private tour, formally Rabat this is the capital city of Gozo.  Rabat means ‘suburb’ in Arabic, as the town was a suburb of the Citadel.  With a population of about 7,000, it’s the most populated city in Gozo.

On a sightseeing tour, you will see why Victoria is the Crown of Gozo Malta.  Fortified sometime in the Bronze Age it was further developed during the Roman era.  It’s rather large, and an impressive defensive stone wall surrounding the city protected the locals from any attacks.

Book a guided tour of the town to see it at its best.  Named after Queen Victoria in 1887 to honour the British Queen's Golden Jubilee at the same time it received its status as a city. The Cittadella is a must see here and the most popular tourist attraction.

The Grand Basilica dedicated to St. George in the old town, just off Independence Square. The small streets surrounding the basilica are the oldest in town and are worth a walk around.

Another one for your bucket list while in Malta take a mysterious Mdina private guided tours of the ‘silent city’ where according to tradition the Apostle St Paul lived for many years. After being shipwrecked on the islands around 60 AD, he is said to have then lived in Fuori le Aura a grotto outside the city walls.

On a Sightseeing Tour, You Will See Why Victoria Is the Crown of Gozo! 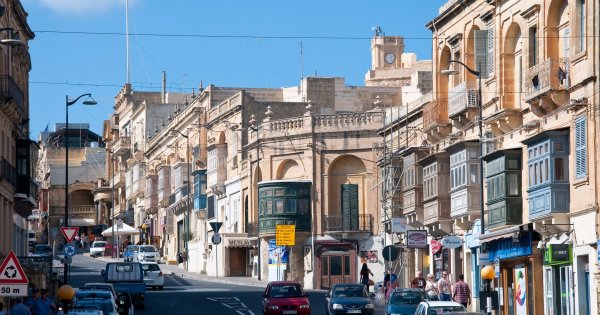 The centre of Victoria is Independence Square, also known as it-Tokk, dominated by the Banca Giuratale, built between 1733 and 1738. This building was the seat of the municipal government of Gozo, while nowadays it hosts the Victoria Local Council.

Tour the square and see the activity in the morning; a daily open-air market sells all sorts of souvenirs, cafes surround the square, offering cold beverages and pastizzi to the visitors.

Republic Street is the heart of the city with shopping arcades, banks, band clubs and opera theatres dominate this street, while you can also find Villa Rundle Public Gardens for a relaxing time away from the noise of the city.

After leaving this city head on out to Valletta it has World Heritage City status, and it is easy to see why as apart from its interesting Baroque buildings it has idyllic gardens and piazzas. It is easy to lose yourself in the lanes and alleys and imagine you have turned back the clock to those ancient times.

Victoria while very reasonably priced is a travel destination with a lot to see. The best time to travel for the driest weather and to go on the many Private Tours is between June and August. Try to book any guided tours or private tours before your arrival to ensure availability.

Victoria abandoned there lira and adopted the euro in 2008. To prevent shopkeepers from rounding up prices, the rate of exchange was fixed at Lm1 to €2.33. A budget of 80.00 Euro a day should see you far on food and drinks. Car Rental (approx 25.00 Euro) and hotel rooms (approx 140.00 - 250.00 Euro) rates are favourable for this area. The local guides are brilliant and reasonably priced.

Use a Private Tour company where possible to book all your Tours for you, do your research and have a good idea of exactly where you want to go. The locals very accommodating, they are a very open community, but they take their religious festivals very seriously so just remembers you are the visitor. For special services make all your meeting's and arrangements before your departure use a Private Tour Company where possible.

As with many European destinations, November to February is a bad time to travel with average temperatures of about 12oC so not a time to lie in the sun. January and February are the coldest months, we recommend travelling between June and August the temperatures are in and around 35oc.