When you go to Montreal on a private tour, you are sure to have a ball with all the exciting and fascinating places to see and activities to do.

Montreal is a city of both history and pride.

In Canada’s Québec province, Montreal is the largest city set on an island in the Saint Lawrence River. As a piece of trivial information, Montreal got its name from Mt. Royal, the triple-peaked hill at its heart.

This city is predominately French with almost 60% of the population speaking the French language thanks to French colonists making this area they're home in the 14th century.

Therefore there is a very European influence throughout the city.

With countless of museums, galleries, a large Botanic garden, historic buildings and landmarks there is an abundance of sightseeing tours available.

There are many different boroughs and each one offers an insight into different past lives such as the cobblestoned French colonial Vieux-Montreal with its Gothic Revival Notre-Dame Basilica or the Bohemian Plateau.

Top 8 Things to Do in Montréal

1 Found in the very historic district of Old Montréal in Quebec, take a sightseeing tour of Notre-Dame Basilica. Built in the late 1800’s of a Gothic Revival style architecture, the extraordinary craftsmanship is evident. There is a stunning crypt and many fine works of art to see on your tour. There are still archaeological treasures of major ethnographic value in the area around the Basilica. A beautiful place to take a tour.
Old Montréal 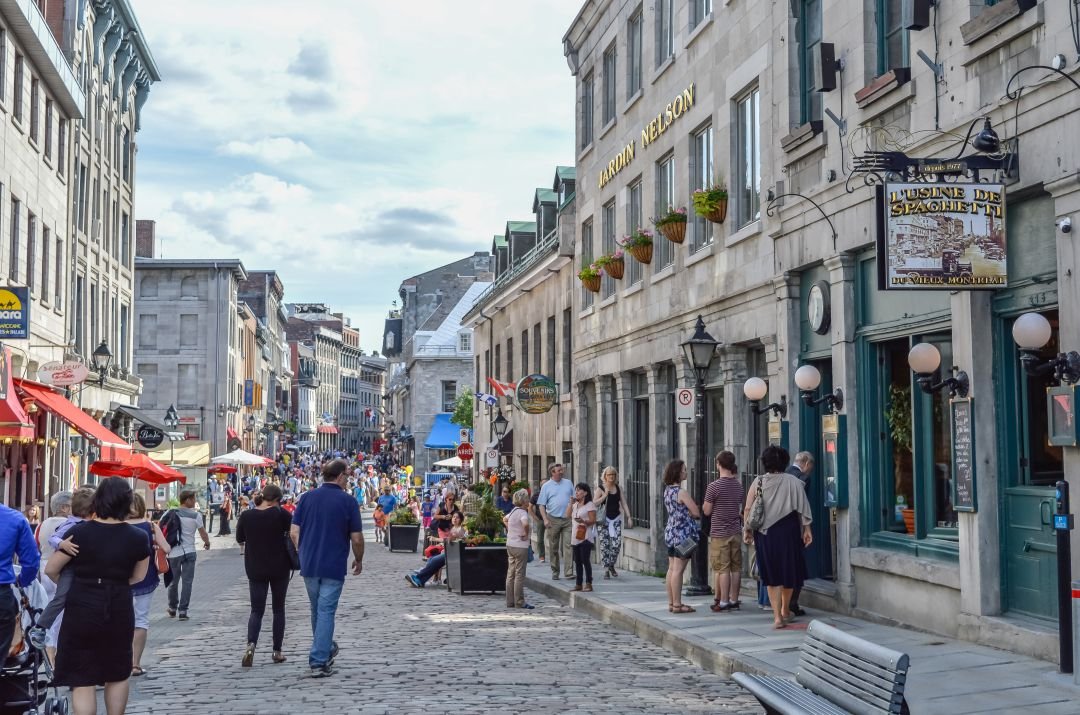 2 Take a city tour to Old Montreal where you will find quaint cobblestone streets, beautiful and stunning architecture, fascinating historical sites and art galleries/ museums that are ultra modern. Walk the narrow streets calling into all the trendy shops or eating in exceptional restaurants. Drink a 'cafe au lait' in a French Bistro / Cafe or smell the croissants as the aroma escapes the bakeries.
Pointe-à-Callière Museum 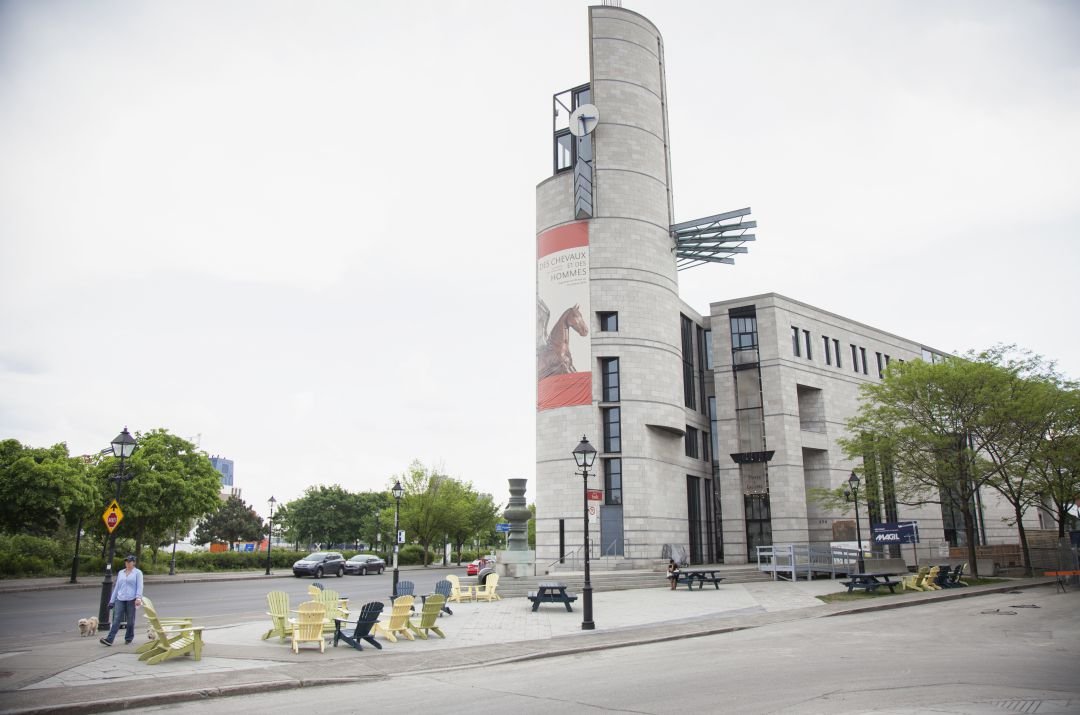 3 Take a guided tour of Pointe-À-Callière which presents centuries of history from the time of the settlement of Indigenous People to the present day in this National Archaeological and Historic designated site. The mission of this museum is to let visitors know and appreciate Montréal of yesterday and today through education, conservation and research revolving the city archaeological and historical history.
Mount Royal

4 Take a sightseeing tour to Mount Royal to see this very large volcanic-related hill (small mountain) which is located in the city of Montréal. As the city got its name from this ‘hill’, it is a great place visit. You can see people cross- country ski in the winter or during the summer families making the most of the park, lake and picnic area. See sculptures that have been here since 1964 and beautiful landscaped gardens.
Mary, Queen of the World Cathedral

5 Modelled after the amazing Saint Peter’s Basilica in Rome and inspired by the Italian Renaissance revival, take a guided tour to Mary Queen of the World Cathedral. This Cathedral may not match the grandeur of Saint Peter’s Basilica there is still a lot to be impressed with. The architectural layout of the Nave and white/gold wooden coffered vault are stunning, but the curvature of the intersecting vaults steal the show.
Lachine Canal National Historic Site 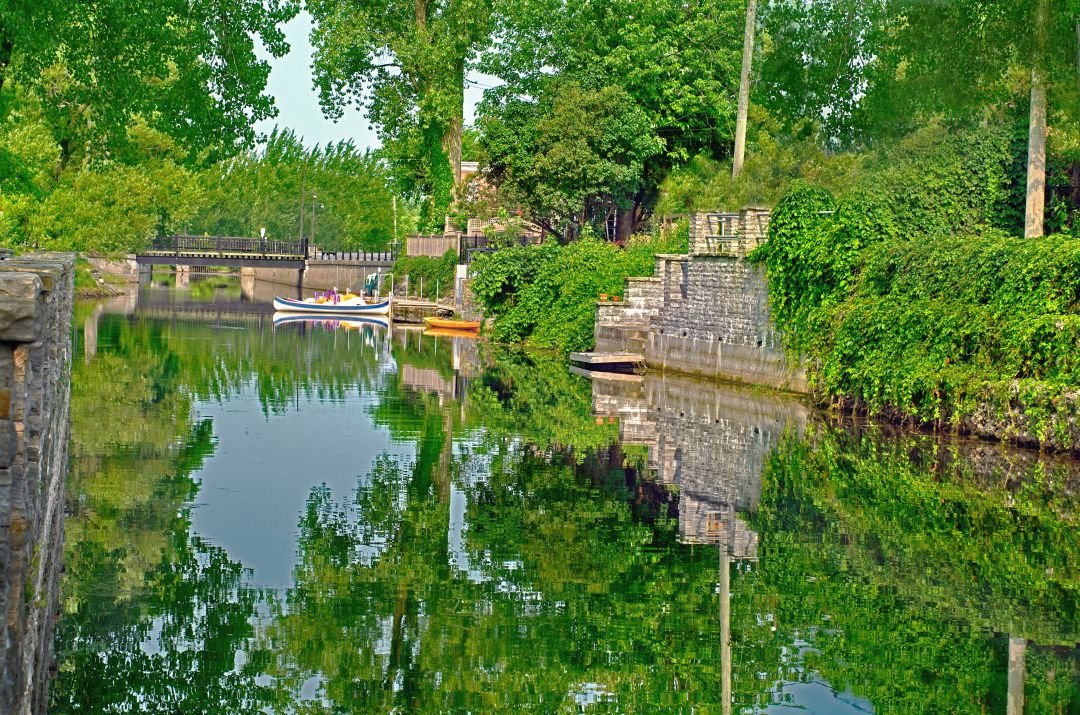 6 While on a city tour of Montréal a visit to Lachine Canal National Historic Site is a pleasant escape from the city bustle. The canal is a veritable link between the city and its natural surroundings. The type of things you will see while visiting are;  a marina, restaurants, walking trails, people in-line skating. Then on the water, here is kayaking, fishing, pedalo and much more. With lots for children to do it is a great family outing.
Bonsecours Market

7 In 1847 this impressive building was inaugurated, and Marché Bonsecours is recognised as one of Canada’s ten finest heritage buildings. It is a must to see on a sightseeing tour of Montréal. Nowadays it is the headquarters to the Quebec Crafts Council and is home to 15 boutiques which exhibit and sell items that are made in Quebec; crafts, fashion, jewellery and more. There is also a delicious restaurant with terraces
Cap-Saint-Jacques Nature Park

8 Take a guided tour to Cap-Saint-Jacques Nature Park located in the West Island of Montréal at the meeting point of the Lake of Two Mountains and the Riviera des Prairies. Water borders three sides of the park. Visit the organic vegetable farm and also see animals being raised. During spring there is a traditional sugarhouse for your chance to taste various maple products. There are a lot of fun activities to do during all seasons.

When your exciting sightseeing tour or guided tours have finished, there is no time to rest when the night time entertainment in Montreal is waiting for you.

Montreal is said to be blessed with one of the most exciting food scenes in North America and once you are here, you completely understand that statement.

Again, with all the European influences in the city, it, of course, spread through to the cuisine. Try the Kamouraska lamb, Arctic char or Poutine which is fries covered in cheese curds and gravy.

Montreal is festival heaven as they love to celebrate everything, the people of Montreal really embody the saying ‘joie de vivre’.

The International Jazz Festival is held in here as are many other festivals. With over 250 theatres and dance companies and more than 90 festivals a year, your evening entertainment is sorted.

The best time to visit Montreal, weather wise, is March, April or May and September, October and November. It is milder and more comfortable for doing sightseeing tours and moving around. As there are different festivals on throughout the year, check out which ones you are interested in and when they are on. During the summer months, it is very hot and great for sun worshippers. The winter months are the best time for snow sports.

Montreal like most places in Canada, not too expensive a city and you can have a great holiday without going over your budget. It is possible to get a double room in a standard hotel for $150 or if you want luxury, the prices start from $250. In a local restaurant, dinner for two can cost $40 and in a fine dining restaurant $100. It all depends on how much you are willing to spend. Sightseeing and city tours will vary from season to season.

Always do research about the destination you intend to travel to. Book as many private tours as possible in advance to ensure you are not disappointed upon arrival. Be aware of your location and never walk alone at nighttime in dark streets. Pickpockets are everywhere in the world so keep your money in a safe place or on your person. You may encounter scam artists looking for money to ‘get back home’, do not engage in conversation