Visit the Beautiful Old Town Square on a Sightseeing Tour of Prague!

Prague, with all of its beauty and richness in people and culture, experience one of the largest turnouts of people annually in the name of tourism.

Visit the beautiful old town square on a sightseeing tour of Prague!

This city is hot candy among tourists, and that candy is never growing cold anytime soon as the crowd of heads visiting do not seem to be waning at all.

Private tours to an unusual location such as Prague would surely have much to offer.

Go back in time explore the real Prague in guided historical guided tour.

On the eye, Prague is undoubtedly pleasing with its amazingly beautiful medieval city layout coupled with a very rich history to back it up.

Vegas-inspired nightlife, parks that are as expensive as can be and also, a whiff of love and romance in the air, you simply could not but fall in love with this city.  Read More... 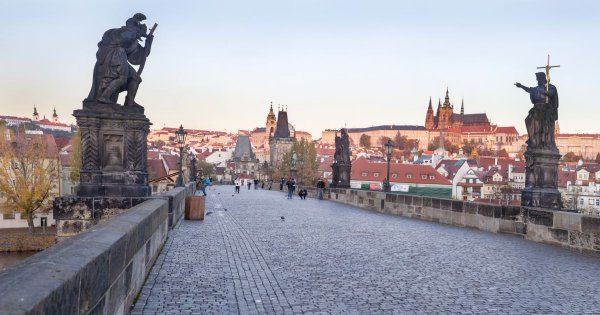 A walking tour of Prague is usually a good place to start from when you are trying to get yourself accustomed to the new environment.

During the walking tour in Prague, you would be able to gain access to some valuable and fascinating information such as a history of the city and it would also be a great place to know about any side attractions that are worth seeing before you repack your bags for home.

These guided tour groups will give you the basic knowledge that you need about locations such as the Old Town Square, Charles Bridge, Prague Castle, etc.

The underground tour of Prague takes you through an underground passage that runs under a series of houses. This would also expose you to even more of the catacombs that are present in the city of Prague.

It might now be time for you to unwind by just walking the streets of Prague and soaking in all the other sights as you see fit. Don’t worry, just be happy.

Top 10 Things to See and Do in Prague

1 When in Prague, the next compelling place you should see after your walking tour is the Prague Castle. It is even much more logical since any walking tour you take would always make sure you end up near this popular view. The most famous and sight-worthy location in the castle is the St. Vitus cathedral – a large building that is even visible when you’re outside the city’s walls.
Petrin Park 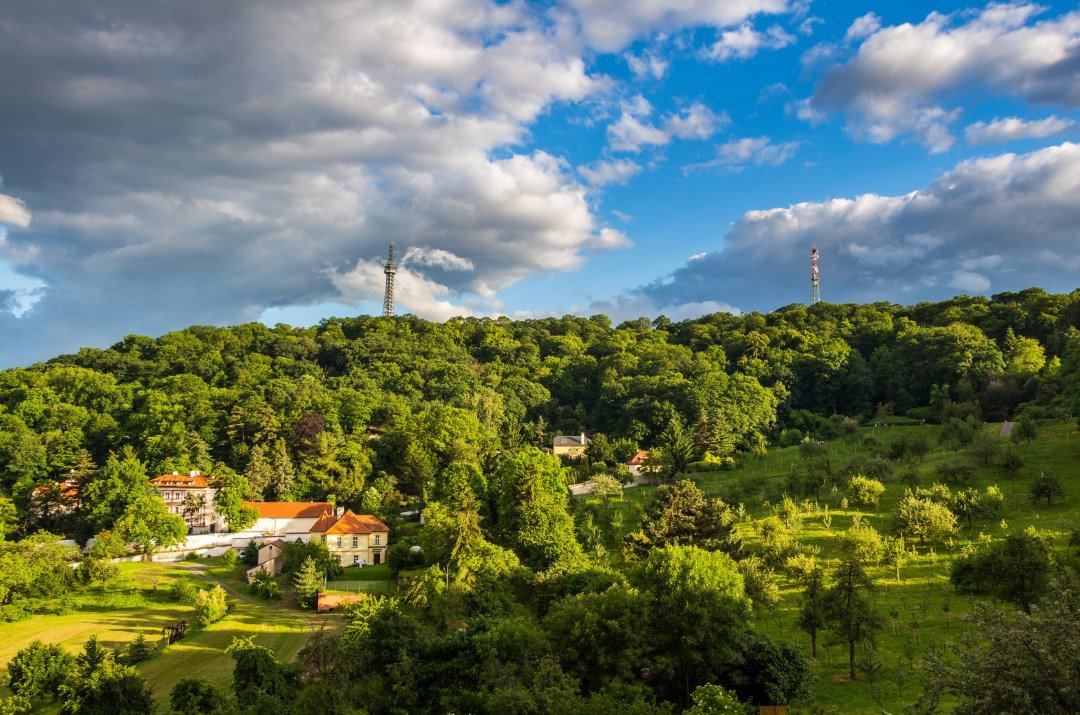 2 Petrin Park is the biggest and most beautiful park in the city of Prague and from there, you can view the city’s landscape in a better way. Petrin park is home to attractions such as a garden, has a maze designed into it and also, a beautiful watchtower that bears semblance to the Eiffel Tower in Paris. Petrin park is sited on a hill, and this can make it quite a daunting exercise to try and submit it, but it is well worth to visit.
John Lennon Wall 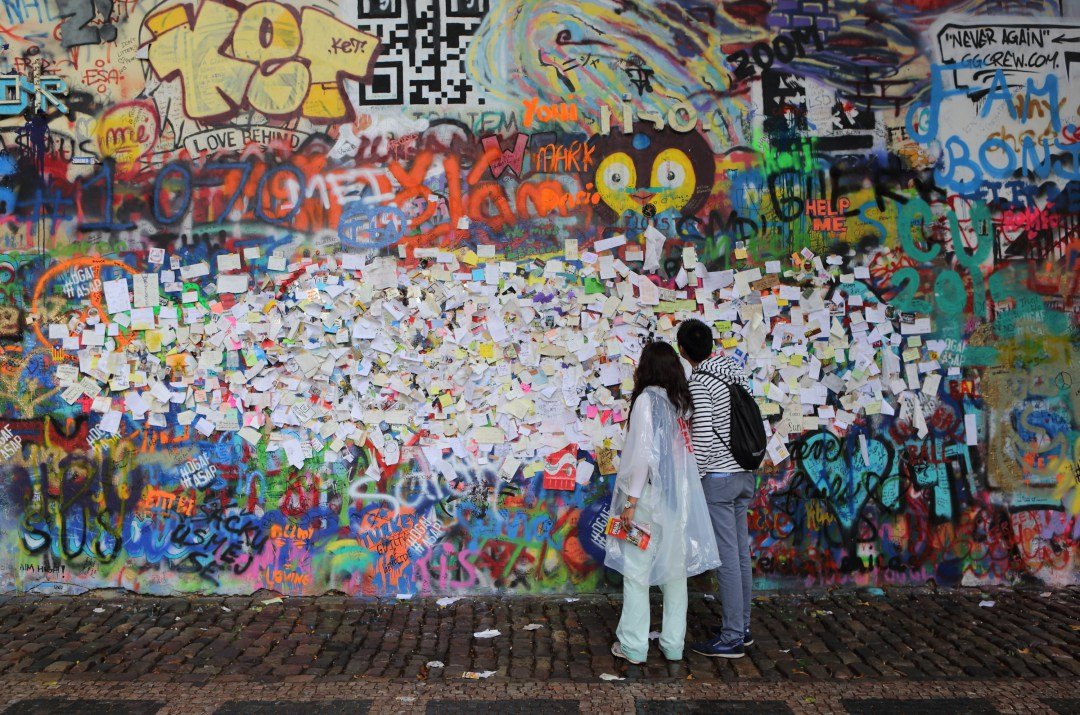 3 A day at Petrin Park should be rounded up by just proceeding down the neighborhood towards Kampa, from where you would see the John Lennon wall. The wall became to be known as such when some students from the 1980s started to write the lyrics of a famous artist, John Lennon, on the wall, in a bid to voice out their displeasures and grievances. Today, tourists are even allowed to paint and write on the wall.
The Waterfront

4 With everything you’ve done on this day one, you must have been spent already and relaxing near a waterfront is just what you need to unwind. Kampa has some impressive restaurants by the river, and you would find these by just walking down from the John Lennon wall and crossing a bridge on the way.
Old Town Square 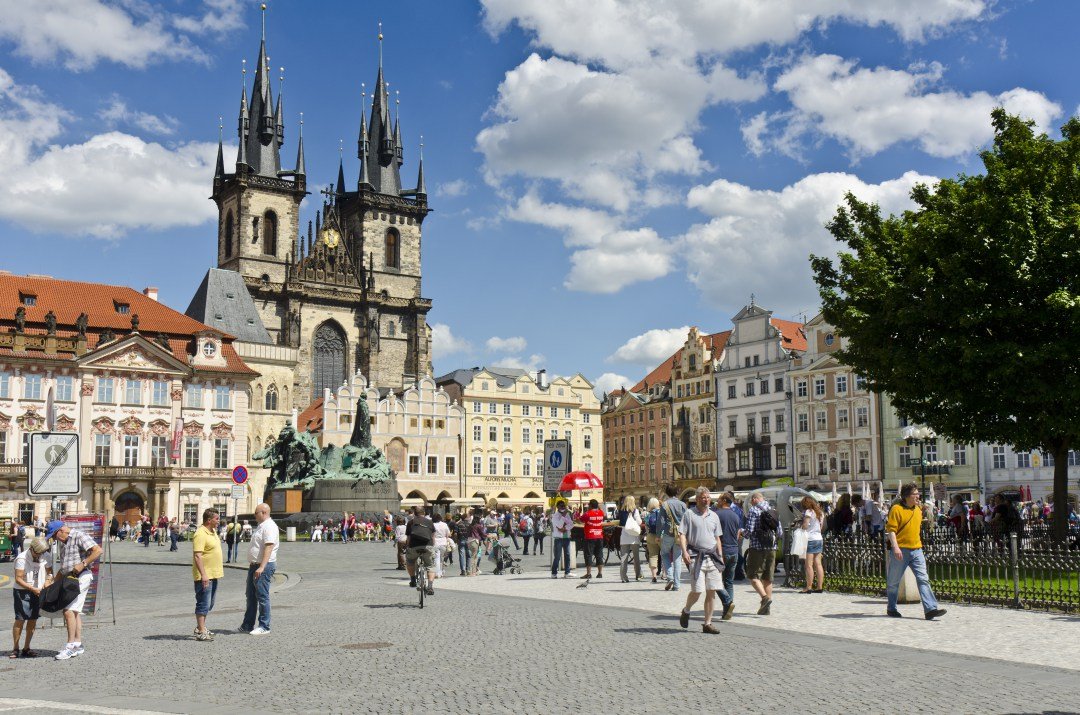 5 From your walking tour, you would have gotten an excellent view of the Old Town Square itself, but this is nothing compared to fully immersing yourself in the beauty of the square. Hang around to watch while enjoying a nice snack, look at the much talked-about astronomical clock, make a visit to the churches in the area and do not forget to check out the city’s catacombs which would surely worth your exploration time.
The Jewish Quarter 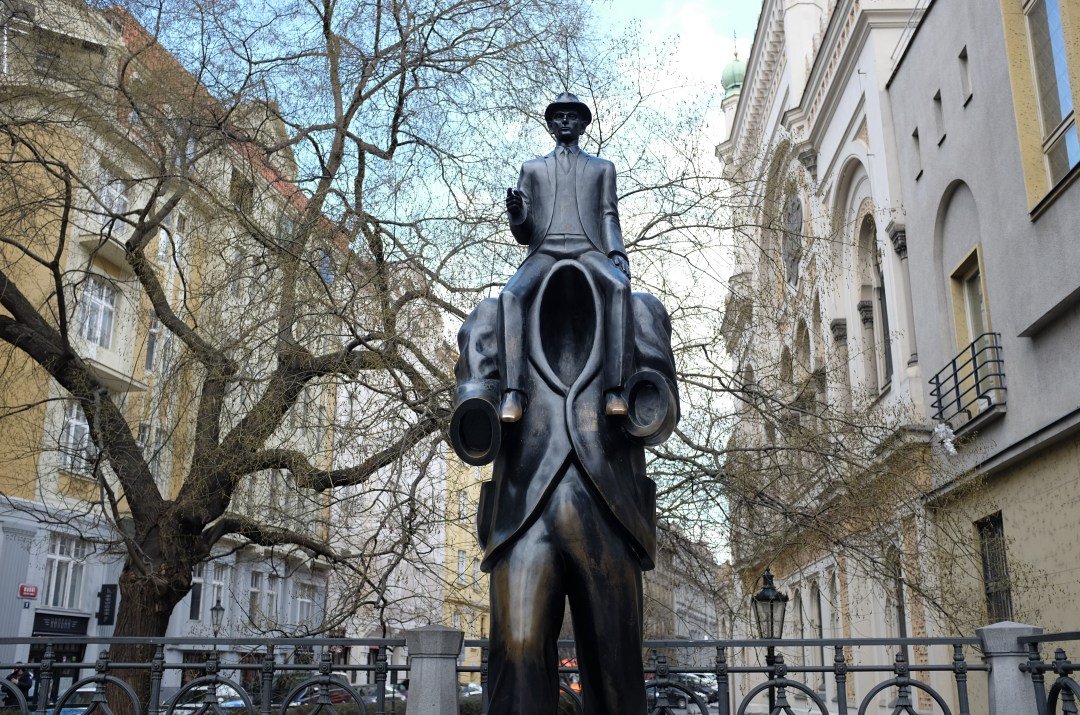 6 The Jewish Quarter is one of Prague’s biggest attractions, given that this was the location saved by Hitler to make into a museum for the Jewish race he wanted to wipe out. The museums and graveyards in this area now serve as a memorial of honor to what used to be the largest community of Jews in Europe.
Letenske Sady (Letná Park) 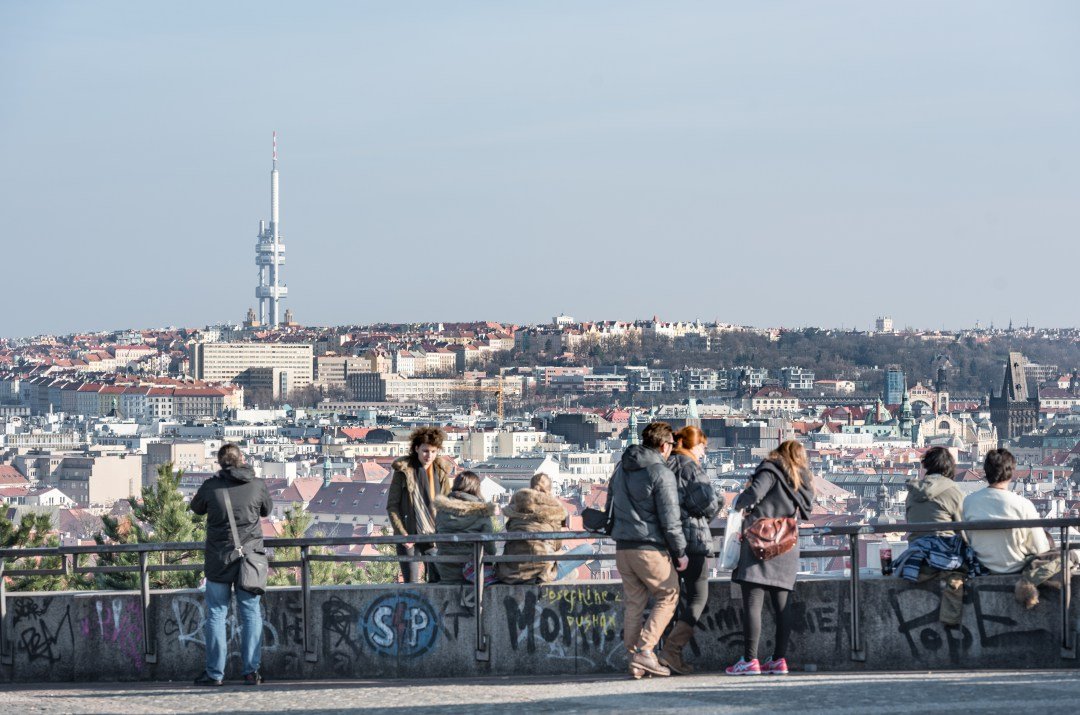 7 The park is located just a few walking meters from the Jewish quarter. There are a lot of walking trails in the park, a broad view of the city and for your refreshments, a café is at hand. On the other side at Chotkovy Sady, you would be treated to a beautiful view of gardens and the Prague castle’s rear view. A secluded path in this area is as discreet as can be and a romantic stroll here would not be forgotten in a hurry.
Kutna Hora

8 Kutna Hora gained its prominent status in the medieval age as this was a very important mining site for silver, which generated lots of wealth for the Prague kings. The town has now also gained recognition for a location known as the bone church, containing tens of thousands of bones. Other site-worthy attractions in Kutna Hora includes the medieval churches, town square, and the well-groomed streets.
Vysehrad

9 Vysehrad, alongside the Prague Castle, was also one of the castles that housed the kings of Prague. Built in the 10th century, the castle holds the oldest standing building in Prague – the Rotunda of St. Martin. This is a place that few tourists visit so be sure to have more of the view to yourself.
The Powder Tower

10 The Powder Tower is one of the 13 gates the city originally had. With its construction starting in the year 1475, the tower was named so because it was mainly used to store gunpowder. Unfortunately, the tower got damaged in 1757.

It really depends on your interests and what you fancy doing while there in Prague.Winter is a wonderful time as the locals get their city back, no queues no hustle and bustle of tourists, and although chilly it is not freezing, and you can enjoy the Christmas markets and St. Wenselous square, try to go May or September as the days are lovely and sunny with a small chance of rain. Your tour operator will keep you updated with the best time to go.

Prague is an excellent Budget holiday especially in the winter months as long as you book well in advance, you can enjoy the Christmas markets at a fraction of the price. The local restaurants are also very reasonably priced. The best way to travel is by tram and pay for a 3 or 5-day pass as it works out a lot cheaper. Cocktails are a great price so have a few! Pre-book tours in advance and save yourself money!

The only downside of Prague is the pickpockets, but as like many large cities it is the same everywhere, keep all valuables including your passports in your hotel safe and only take enough cash or a bank card with you for the day. Try to steer clear of the park around the train station as it is deemed unsafe in the evenings even with the improved security. Only change your money in legitimate change offices, your hotel will advise the best one.

The weather in Prague cannot be predicted too far in advance and varies from year to year due to the world climate change; it seems to effect the Czech Republic more so. The best chance of lovely weather is in the second half of may, June & September are by far the busiest months. July is hot and humid but, if you come in the early months of the year and do not mind the cold, there are fewer tourists then. October is sunny and dry. 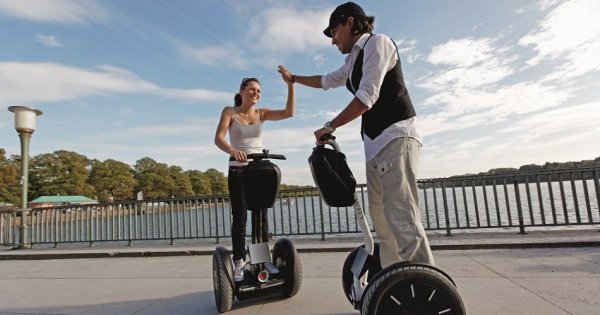 Explore Prague by both Segway and e-scooter on a unique sightseeing tour. Get panoramic views of the city and discover its enchanting parks and historic monasteries.

Explore all the important sights of Prague, its history and secret stories in a fun and unique way! Visit Lennon Wall, Kampa Park, Prague Castle, Petrin Tower and much more.

Let`s have fun with us! The Prague Parks Segway Tour provides you with the most unique and fun way imaginable to discover hidden beauties of Prague. 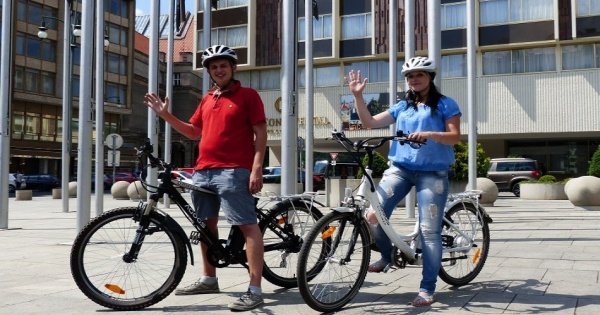 Are you ready for e-bike adventure? Do you want to see top places of Prague in only 90 minutes? Our e-bike castle tour is here for you!

Are you bored with traditional walking tours? Do you want to see all the highlights in one day? Join this e-bike tour where you will not miss any of the top places in Prague! 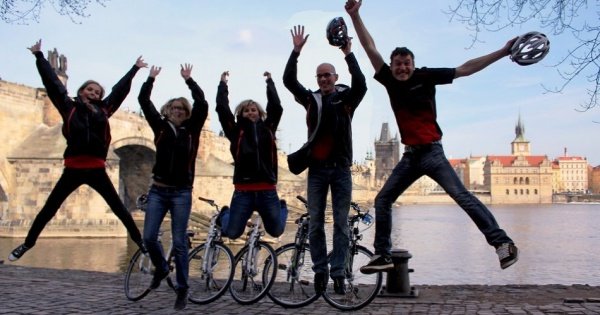 Do you want to see all highlight places of Prague in one day? Are you bored of traditional walking tours? Let’s join our bike tour and explore all hidden places of Prague!

Segways are still available in Prague and we have found the best alternative for you. Enjoy the relaxing Prague parks tour with some hidden treasures.

Let`s have fun with us! The 1,5 Prague Monasteries Segway Tour provides you with the most unique and fun way imaginable to discover hidden beauties of Prague. 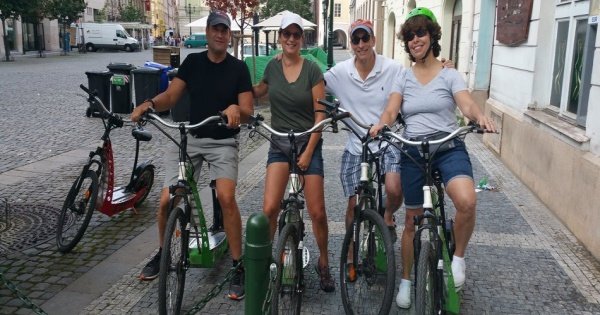 Discover the most beautiful sites of Prague comfortably and in a unique way on luxury E-scooter HUGO Bike. We guarantee a smile on your face. 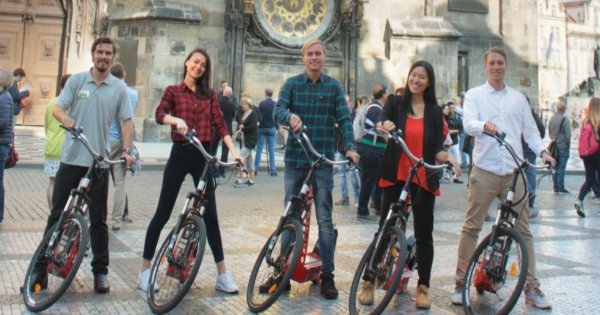 A unique way to discover the beauties of Prague on a completely effortless, brand new vehicle, e-scooter. With an electric scooter, you can get to all hilly parts of Prague.

3,5 Hour Grand City Tour of Prague on E-scooter and Segway

This tour is the right one for you if you would like to discover all the major sights of Prague at the same time as also trying the Segway and E-Scooter!

Explore many of important sights of Prague, its history and secret stories in a fun and unique way! Visit Lennon Wall, Kampa Park, Prague Castle, Petrin Tower and more. 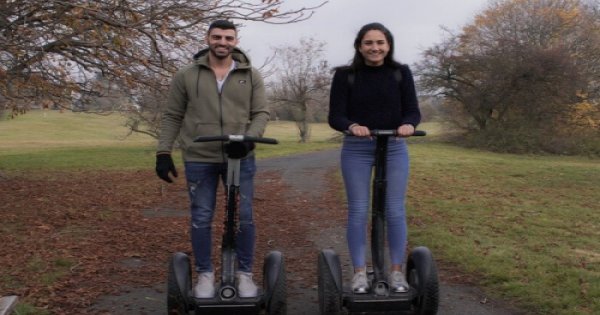 Do you wanna explore hidden gems of Prague? Join our 3 hours long segway tour where you can see the best of Prague and its many attractions in a novel way.

There are no words which can describe the uniqueness of the Czech capital - you need to see this in person from archaeological & historical view! Unforgettable experience! 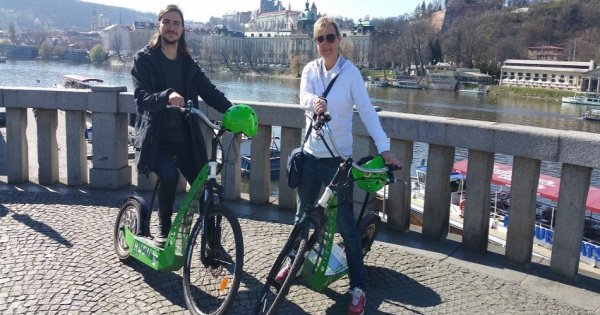 Rent your own electric scooter and enjoy the freedom while discovering the beauties of Prague. Discover some of the city’s most famous landmarks and historical sites. 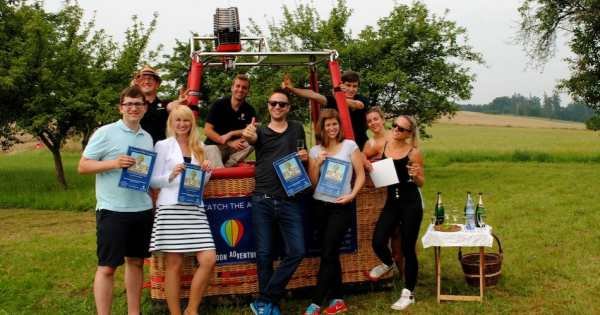 Touch the sky from a hot air balloon! Enjoy the views of historical castles, wild nature and other panoramas of the Czech Republic, 3,000 feet above the ground.

Did you arrive in Prague at Václav Havel Airport? Then you‘ll surely be interested in Prague Airport Transfers. Take advantage of our professional and reliable service. 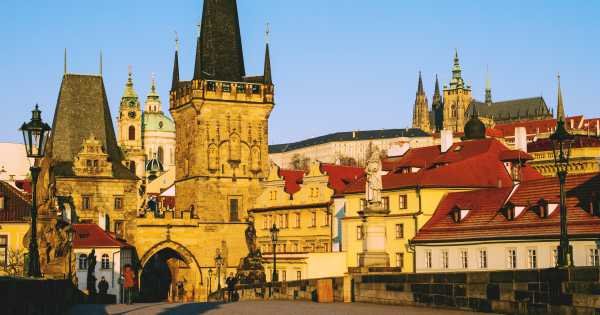 Prague is rightly considered one of the most beautiful cities in the world and is proud of the nickname "Mother of Cities". Explore it with guided tour by car.

Private Tour Prague
Filter Results
Categories
Latest Reviews
Visit the Beautiful Old Town Square on a Sightseeing Tour of Prague!
5 out of 5 based on 269 reviews.