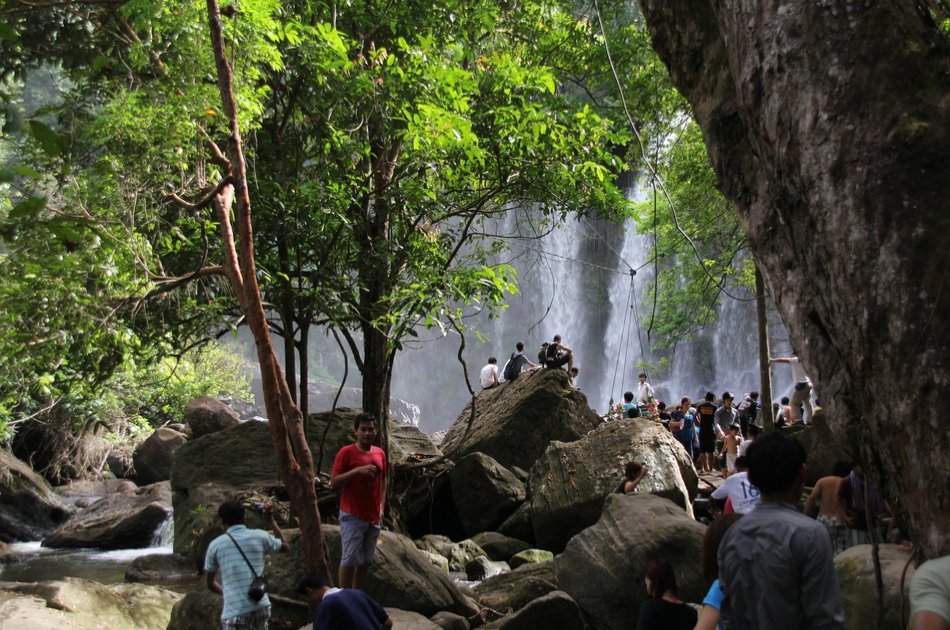 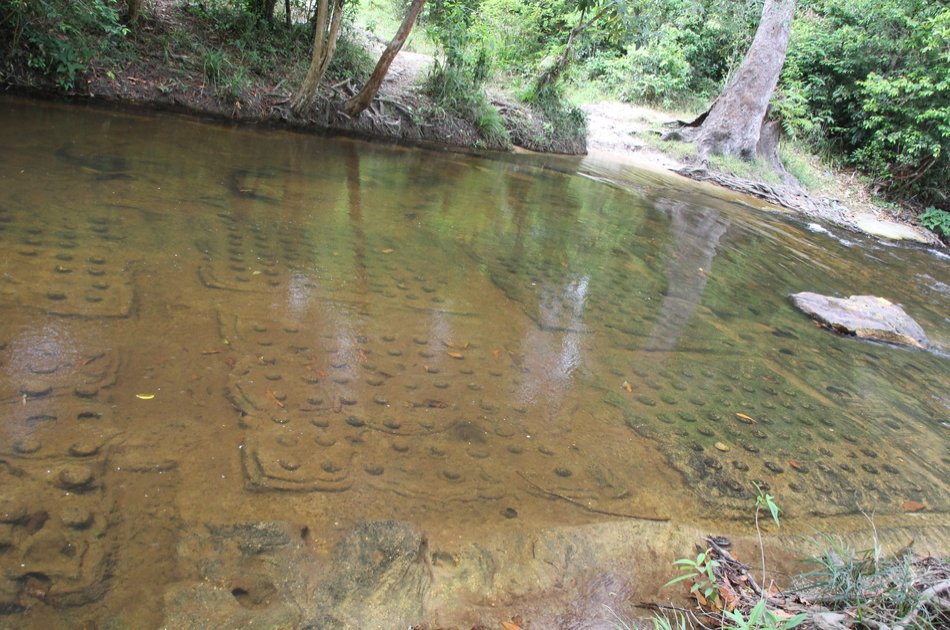 We’ll escape the heat of the city by driving 48kms North of Siem Reap to visit the holy Kulen Mountains, also referred to as Phnom Kulen (“Mountain of the Lychees”) by locals.

The sandstone from this mountain was the leading supplier of construction materials for the Angkor Kingdom. We’ll stop at the sacred site of The River of a Thousand Lingas, which features hundreds of Lingas carved in the sandstone bed of the river, which date back to the 9th century. Further downstream, large blocks of stone, also underwater, are engraved with Apsaras dancers and Vishnu figures.

Next on the agenda is a wander around the mountain-top pagoda which is home to relics, statues and a giant reclining Buddha. The last mountain stop will be Kulen Waterfall, featuring a natural pool which is the perfect place to cool off on a hot day and a great picnic spot too, so that’s what we’ll do.

On the way back, we’ll pay a visit to the Landmine Museum where Mr Aki Ra, a former child soldier in the Khmer Rouge has dedicated his life to helping others in need. After having spent most of his childhood years fighting for the Khmer Rouge and later the Vietnamese army, Mr Aki Ra was trained by the United Nations to detonate land-mines; his fantastic work earned him a nomination for CNN Hero of the year in 2010.

Highlights
Good to Know
Inclusions
Exclusions
Pickup and Drop-off
Pick up and Drop off from your hotel in Siem Reap.
Know Before You Go
Customer Reviews
Add New Review
Add new review
No Discussion Comments found.