Armenia is an ancient land and a vibrant modern country. Situated between the Caucasus Mountains in the North and surrounded by the Black Sea and the Caspian Sea. Turkey strongly borders Armenia in the West, Artsakh and Azerbaijan in the East, Georgia in the North and Iran in the South.

Armenia can be likened to an open-air museum, and some of the world’s most thrilling sites are to discover here. On a cultural private Armenia tour, visit places such as one of the oldest observatories in the world, prehistoric petroglyphs. The world’s oldest winery is located here and visits it on an Armenia wine tour. Enjoy the ride on the world’s longest aerial tramway, crossing over the Vorotan Canyon and visit Tatev Monastery; one of the most critical Monasteries in the world.

The country is so mountainous; there are many Armenia hiking tours on offer with all levels of trails to follow.

There is an abundance of historical sites to visit on an Armenian sightseeing tour. On your buck-list should be Gami pagan temple of the Sun, Akhtala fortress, Amberd fortress, Smbataberd, Kayan Berd and the Armenian genocide memorial monument.

Another must-see in Armenia is its architecture. From ancient to modern, from medieval to Soviet, from classical to modernist- all these styles are found in Armenia. The list could go on forever; suffice to say, Armenia has an abundance of history and cultural sites to visit.

Do not be fooled into thinking that this is all Armenia has to offer. Armenians are one of the most hospitable nations in the world; in ancient times, they even had a god of hospitality. It is common for Armenians to treat strangers with food, drinks and also invite them into their houses.

You'll experience 4 days of most picturesque landscapes, delicious food, and finest wine while travelling through central, Southeastern and Eastern regions of Armenia!

14 Day Exclusive Tour Through Time and Culture in Armenia

You will experience a fantastic trip through Armenia visiting picturesque mountains and impressive gorges, discovering history and enjoying amazing tastes of food and life!

See the Caucasus, you can explore two historical neighbouring countries Armenia and Georgia. Mountains, lakes, nature, history and extreme - travel to the Caucasus with us.

Travel through time and beauty of an ancient land during this 10-day guided tour in Armenia, go back in time to prehistoric monuments and enjoy vibrant modern energy.

Top 10 Things to Do in Armenia

1 Garni Temple was built by Armenia’s King Trdat I in the 1st Century AD; it is a Hellenic styled temple that is set on the edge of a gorge that overlooks the Azat River and was dedicated to the heathens sun god, Miltra. It has a Monumental staircase, and iconic columns, besides the temple, are ruins of a Roman bathhouse and a 7th-century church. There were also Urartian cuneiform inscriptions found by Archaeologists that date back to the 8th Century.
Armenian Genocide Memorial & Museum

2 This museum commemorates the massacre of the Armenians in the Ottoman Empire from 1915 to 1922; it offers all its visitors a powerful museum experience that is fully air conditioned. It is a two storey exhibition that’s built into the side of a hill, the story of this horrific event is told through photos, documents, newspaper reports and films. There is a pathway 100m long engraved wall with all the names of the people that were massacred that was built in 1967.
Norvank 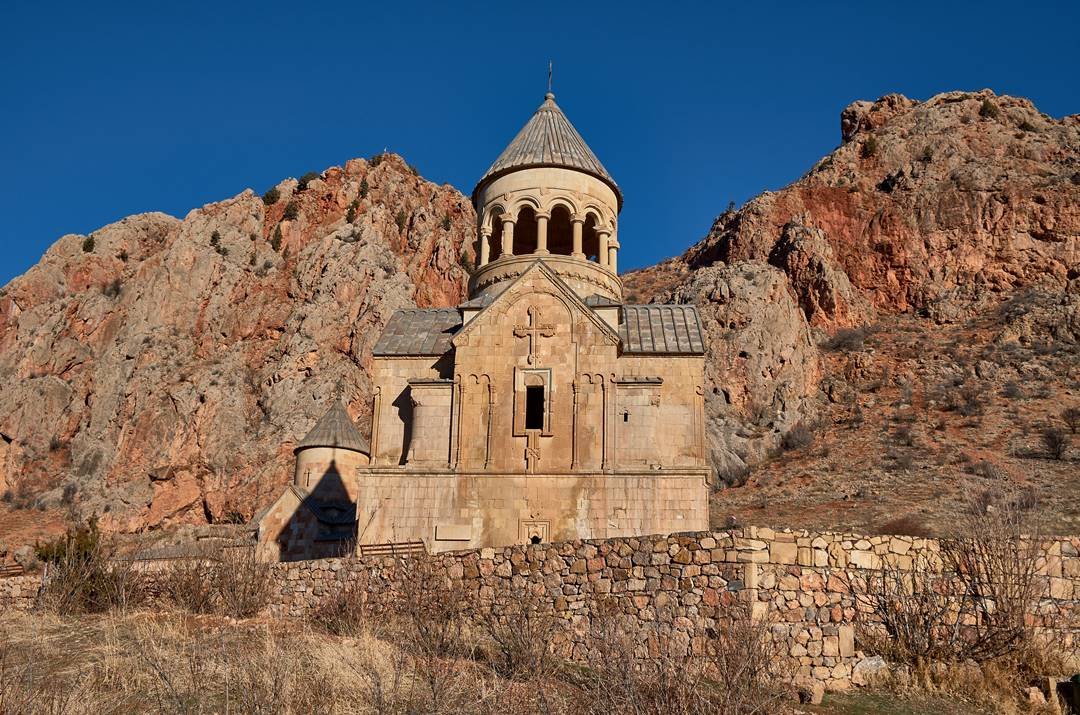 3 Bishop Hovhannes founded Noravank in 1105, was renovated in the 1990s it is the most beautiful site in Armenia. The Noravank Monastery is surrounded by red cliffs that face the sun, and the gold/red stone from the churches reflect and give it a vibrant sheen. It is a magical sight to see. There is also a 13th-century Surp Karapet Church that was built next to the ruins of an earlier church that’s dedicated to St.John the Baptist.
Geghard Monastery

4 The Geghard Monastery was named after the holy lance that pierced Christ’s side at the crucifixion. And is listed as a world Heritage monastery. And is also a monastery complex. It is carved out of the rock face of the Azat River Gorge. It was built in the 4th century, and the oldest chapel dates back to the 12th century. There is a big atmosphere outside Surp Astvatsatsin the south door is a coat of the family belonging to the Zakarian prince who built it.
Cafesjian Centre for the Arts

5 The Cafesjian centre for the Arts is surrounded by stone steps known as the Cascade; it is one of the city’s main cultural attractions. It was initially built in the 1920s by a Soviet architect Alexander Tamanyan; he planned to modernise Yerevan. He worked on the monumental structure that was constructed in the 1980s but was halted after the 1988 earthquake. Gerard Cafesjian funded its completion and transformed it into a multi-level Arts Space Centre.
Mother See of Holy Echmiadzin

6 Echmiadzin is known as the Vatican of the Armenian Apostolic Church. It is the place where Surp Grigor Lusavorich supposedly saw a beam of light fall to the earth with great vision. He built the Mayr Tachar first Mother church of Armenia. It has a rich history and is of symbolic importance that makes it a fantastic destination for Christians.
Yerevan

7 Yerevan is a vibrant city full of contradictions with top class cars sharing the roads with old cars that are so old they should be in a museum. There are tea houses that sit next to European style wine bars and many street fashions from Hipster to Babushka and various others to choose from. It is a wonderful place to visit, tree-filled boulevards and the musical fountain in the famous Republic Sq.
Debed Canyon

8 This canyon is full with both history an culture combined than anywhere else. Every village along the Debed River has a church, a chapel, and an old fort. It has two monasteries that are listed as world heritage Haghpat and Sanahin. These are the main attractions, but there is also many more sights and beautiful scenery and is best explored by car. The road through the Canyon is the main road linking Armenia with Georgia with many tourist facilities.
Erebuni Historical & Archaeological Museum Reserve 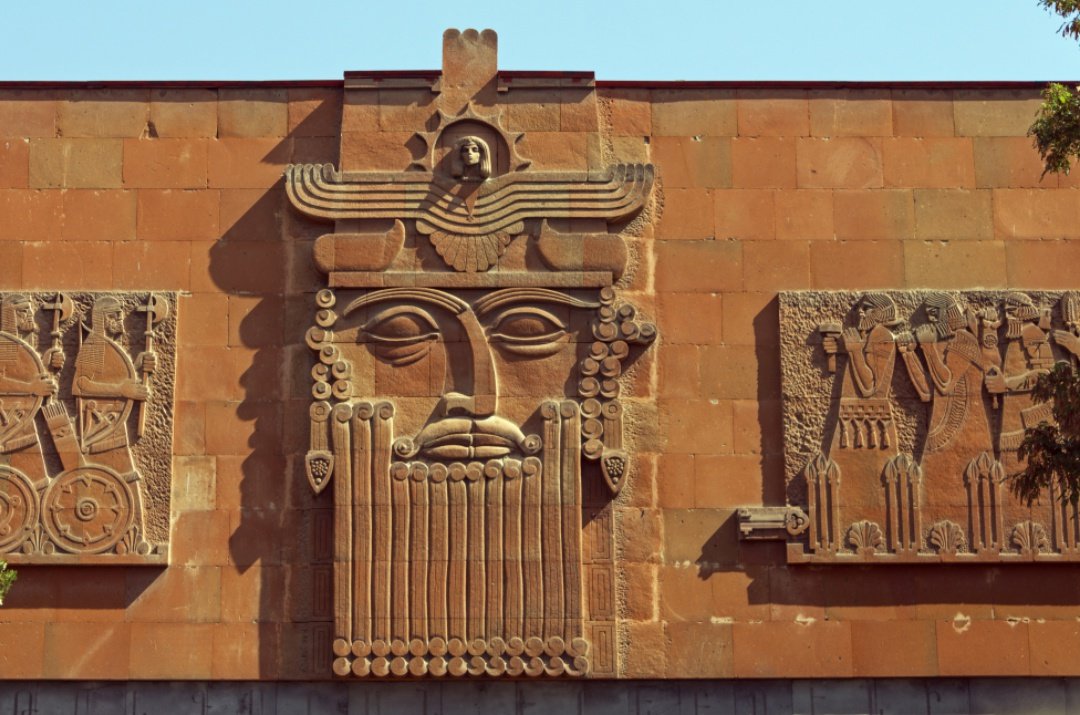 9 Erebuni Historical & Archaeological Museum Reserve is an Archaeological site that dates back to 782 BC. Before Rome was recognised this gives a great detailed insight into the life in the Palace of Argishti I, known as the greatest King of Urartu. A Soviet Museum displays Artefacts from the Palace excavations with some spectacular silver rhythons and many other objects that were found when an Urartian tomb was discovered in 1984 in Yerevan.
Yeghegis Vally 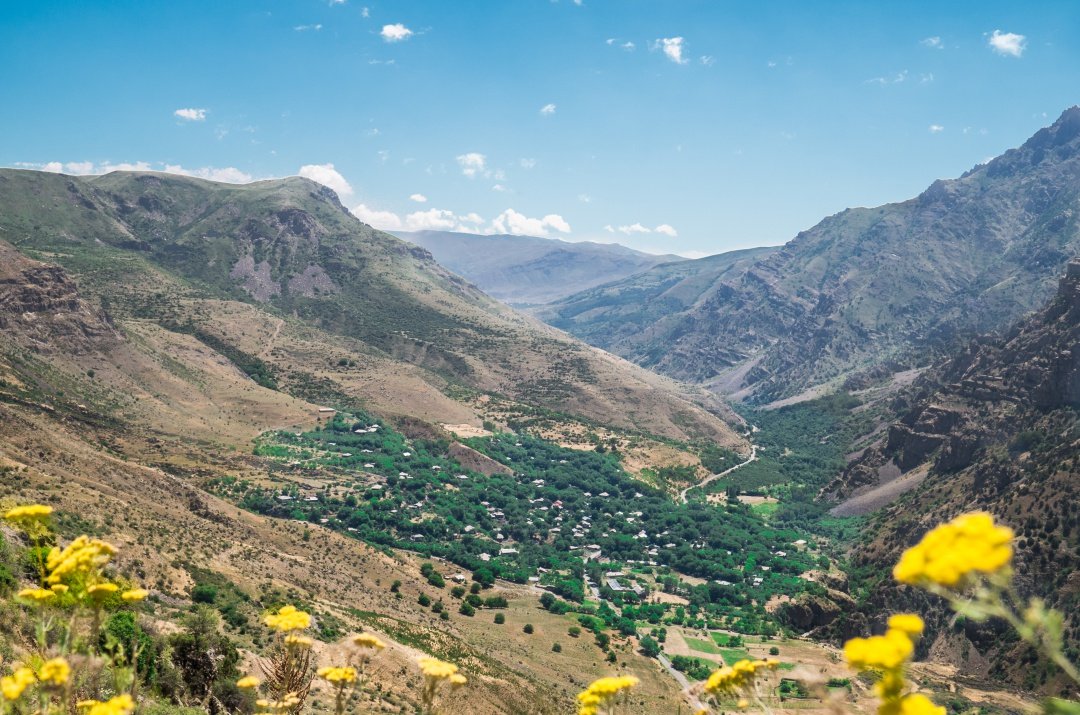 10 Yeghegis Vally is beautifully surrounded by magnificent mountains and villages with medieval churches; they are both worth exploring. The Shativank, is a fortified Monastery with a church that was rebuilt in 1665 with waterworks, a grain storage silo and a two-story monk quarters. You can overlook the Vally on the other side of Smbataberd. This site is best visited in a jeep or car.