An enchanting revolutionary history sightseeing tour of Cordoba emerging from under the shadow of its big brother Buenos Aries, visit Cordoba with a guided tour and see this district has now opened up as being one of the unique parts of Argentina.

Popular with Argentine tourists for many years it is slowly welcoming more and more foreign visitors and custom Cordoba tours each year. The Province has an enchanting revolutionary history started by the Jesuits when they arrived in the early 1600s.

Valleys and mountain ranges surround this city home to many Scientific Institutes and Universities. As home to South Americas second oldest University, the city has a huge student population giving it a youthful feel.

Many Private Tours show that its wonderful old 19th-century houses have been transformed from crumbling wrecks to trendy boutiques, antique shops and art galleries.

This is the city's oldest neighbourhood, and local government has invested heavily in turning it into the vibrant quarter it is today to welcome more Cordoba escorted tours.

Top 10 Things to Do in Cordoba 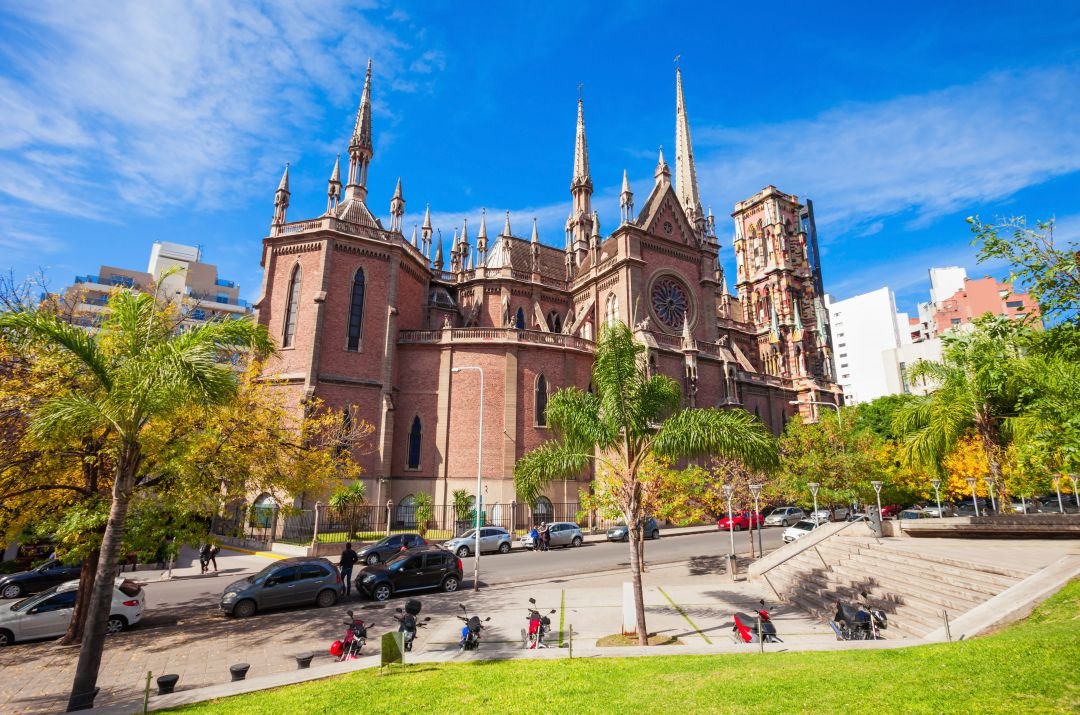 1 The guided tour of Iglesia de Los Capuchinos Church with its unusual construction is certainly eye catching with its use of yellow, black, red, blue and white bricks and columns. Also the unexplained towers one with a spire and one flat are also extraordinary. A grand entrance leads to an ornately painted central sanctuary and looking up you see a fabulous ceiling painted as if at night. An incredible Altar Ornately decorated takes pride of place.
Jesuit Crypt 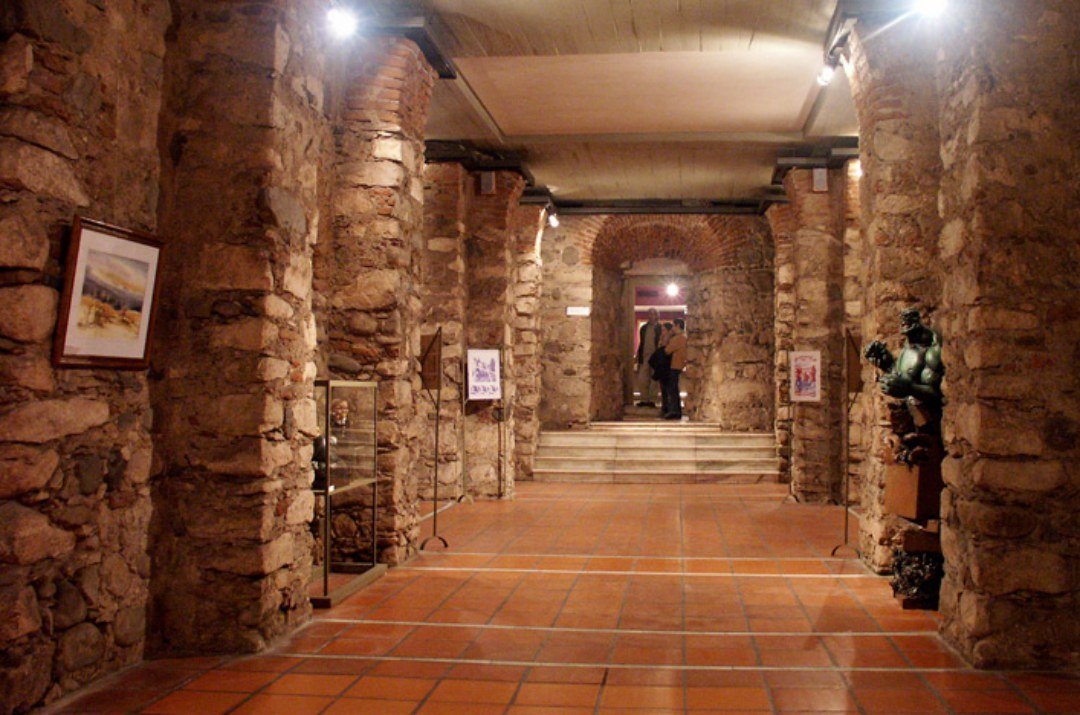 2 After the Jesuits had been removed from the area, the Jesuit Crypt lay buried for many years forgotten.  By accident, it was uncovered,  lovely restored and is now used for theatrical and musical performances.  The main open area has a series of vaulted stone arches on each side leading off to niches, but you won’t find any graves or bones in here.  Take a guided private tour, and see if you get a sense of the mystery that must have gone on here years ago.
Evita Fine Arts Museum

3 Housed in a delightful Ferreyra Palace the Evita Fine Arts Museum houses works by famous artists such as Juan Carlos Castagnino and Francisco Goya among many other.  Try a guided private tour and see the other exhibits including a sculpture garden and well-stocked library.  The Mansion itself was designed by a French architect for Dr Martin Ferreira a prominent surgeon and physician who owned limestone quarries in the area.
Cathedral of Cordoba 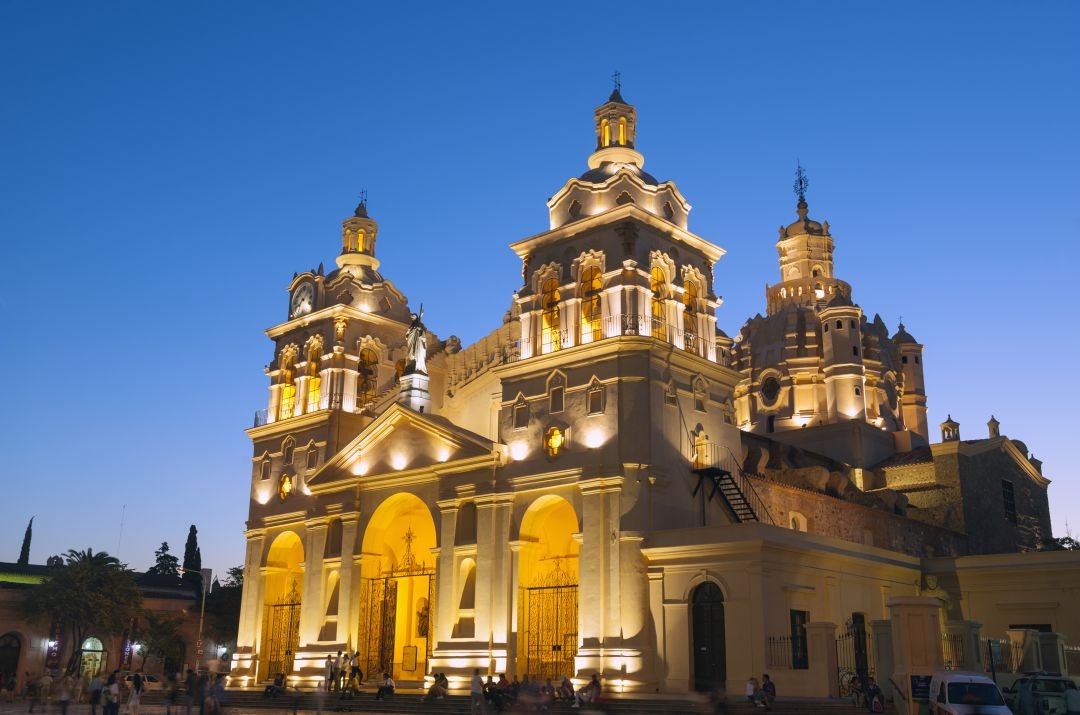 4 Taking nearly 100 years to complete by Jesuit and Franciscan architects the Cathedral sits in the historic quarter. After many disasters including partial collapse, it was finally finished to great applaud. At night the outside is spectacularly illuminated. The inside is ornately decorated with intricate murals painted by Emilio Caraffa and Baroque ceilings. The centrepiece is a silver altar from Peru.
Jesuit Block and Estancias

5 Take a private tour of the Jesuit Block a fantastic UNESCO World Heritage Site. After the foundation of Cordoba, this campus was given to the Society of Jesus along with many other farms operated by the Jesuits.  A stunning Spanish Colonial Church with an amazing dome made of Paraguayan cedar dominates the complex along with one of the oldest Universities in South America, a secondary school and other residences.
La Cumbre

6 To the north of the province is La Cumbre famed for its love of adventure sports as well as for its UFO sightings.  On a sightseeing tour head up the breathtaking mountains to enjoy hang gliding or maybe some skydiving.  Visitors for a long time here have spoken of energy centres where you feel some form of outside influences and paranormal activity. The local herbs and plants of this region are also said to hold medicinal qualities.
Monastery of St Teresa

7 The moving story of this Monastery will grab your heart; it's a father's thank you after his daughter recovered from a serious illness. Its stark outside architecture compliments the simple interior of clean white, and the carved dome is stunning. The main sanctuary has a calm, spiritual feel aided by the sunlight that streams in modest stain glassed windows. As a working Carmelite Nunnery, only parts are open to the public.
Villa Gerneral Belgrano

8 Visit this bizarre town built like a cartoon version of a German village founded by the only survivors of the Nazi battleship the Graf Spree. After it had sunk off the coast of Argentina, the remaining sailors began constructing the mock castles and alpine style buildings that line its streets. Its valleys and greenery trick your mind and everything here from beer steins to cuckoo clocks is German including an Oktoberfest
Plaza San Martin

9 Plaza San Martin is surrounded by some of the most famous 17th and 18th century Colonial buildings of Cordoba. A must see is the stark Facade of the Spanish Colonial Cabildo once the seat of the Colonial Government and the oldest Cathedral in Argentina known for its eclectic design and the fact that it took over two centuries to build. Don't miss the stunning dome painted by one of the Cordobas most famous artists.
Horsde Riding

10 Imagine yourself as a rancher for the day by taking a guided tour of one of the Estancias nearby. Spend a day in the saddle and live like the famous Gauchos the famous Argentinian Cowboys. Stay over night and really get the feel of the sometimes hard life on these ranches. Or relax and enjoy the spectacular scenery, wander the fields, swim in the lakes and then take enjoy a meal of the celebrated meat bred here.

Colonial Cordoba was once long forgotten and passed over for its big brother Buenos Aires, but now it is the place to be.

Live like a Gaucho (cowboy) for a day on a private tour of the Cordoba flat plains and ride horses as they did and many still do.  The spectacular sightseeing opportunities here are a one off.  You can book a Private Cordoba Tour and visit the Worlds oldest University.

Take a private guided tour at Evita's Fine Arts Museum and see the exquisite artworks of  Fransisco Goya and Juan Carlos Castagnino and appreciate the taste and style of the local peoples as reflected in this amazing collection at this Museum.

As a year-round destination, Cordoba enjoys a constant temperature with no extremes. Depending on your booked Private Tour the best time to visit is the Winter season from May to September when it is the festival season, and the temperature is around 20º. In May is the Cruces de May Festival when beautifully flower decorated crosses are arranged in squares and streets. July is the time of the guitar festival where the streets are alive with music.

Your holiday costs can vary depending on your requirements and Pre- Reserved Private Tours. On average hotel rooms range from 20-50$ a night to 150$ in a five-star hotel. There are many places to eat, and you can eat as cheaply as 11$ or go a bit more upmarket for 20$. Tipping is customary, and you should allow 10% on your bill if you are satisfied. Taxi service averages are about 10$, but local buses are cheap and reliable.

Always carry small change in coins for the bus as this is all they accept and check change and notes before leaving shops. If you see a demonstration stay away as they can get a bit volatile at times and avoid protest focal points. Don’t wander off the tourist-friendly neighbourhoods and just be aware of your surroundings. There are a huge amount of stray dogs here its best not to try to befriend them.

The weather in Cordoba changes little over the year with the average temperatures hovering the 70s. Hottest times are in the summer months from November to March when they reach the upper 70s. Rainfall averages around 100m a day over the winter months and is hardly registered during June to August. Here the sun seems to shine for at least 8 hours every day.