Folklore Capital, the cheeky but charming guided tour of Puno Peru is the largest and capital city of the city of the Puno region in southeastern Peru, a city full of traditions and colour, sitting on the edge of Lake Titicaca.

Puno is a place where on one street you are walking past fabulous buildings and on the very next street the buildings are old, slightly dilapidated but charming.

The people of Puno steal your heart with their real nature and cheeky characters, so much, so you forget about traffic jams or the fact that you are being run over by the three-wheeled cycle tricycles (taxis by bicycle) when they decide to ride in the walkways.

The entertainment of this city is brilliant and not only during their annual parade Virgen de la Candelaria, where the locals get all colourful in their traditional wear, and the drinking is infamous, it is an all year round festival feeling.

Agriculture and livestock are crucial in Puno in particular llamas and alpacas. The guided trekking tours are a fabulous way to see the sights.

Puno city is steeped in history as is the surrounding areas which include where the Aymara civilisation began.

On the island of Taquile which can be seen from Puno in the middle of Lake Titicaca, men and women are renown for their textile art and knitting

Aramu Muru, is one of the most spiritual places in Lake Titicaca, there is an enigmatic carved in a one big Stone to connect you spiritualism and find your self.

Top 10 Things to Do in Puno 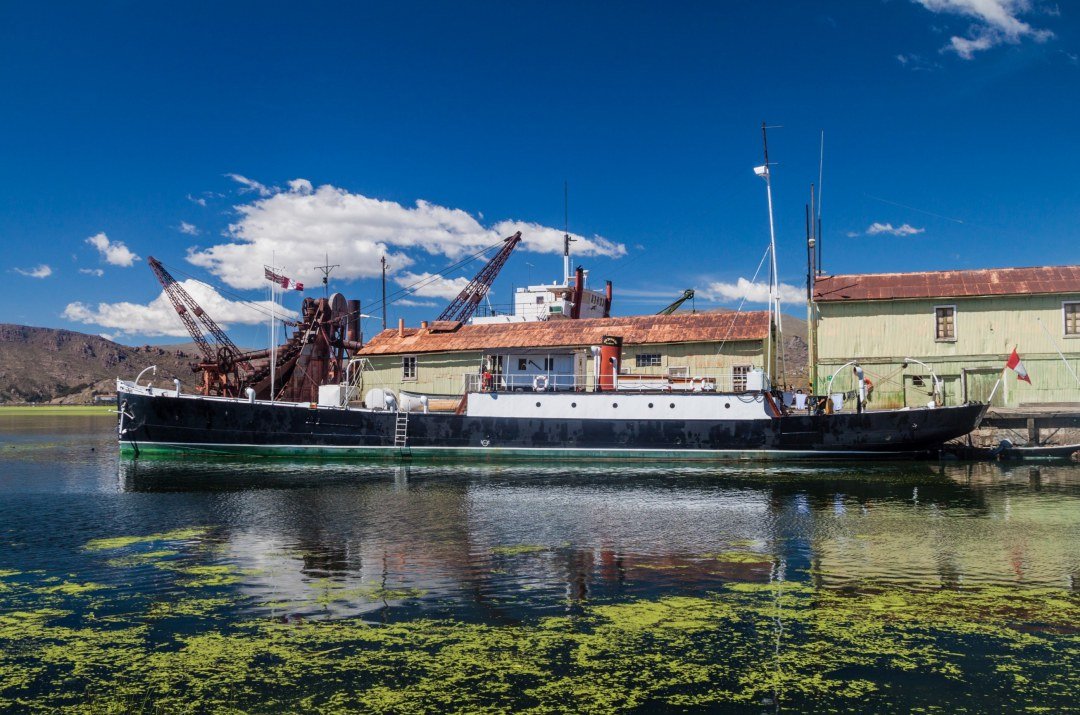 1 This is an old steamboat built in the late 1860’s. There are not many of these left in the world. Its resting place is on the Puno Bay, and it is amazing to see such an old boat being restored back to its former glory. While it is bed and breakfast at the moment, it is still a must see on a private tour. The history of even how it was built, how it got its name and the years spent at sea are all told on board.
Esteves 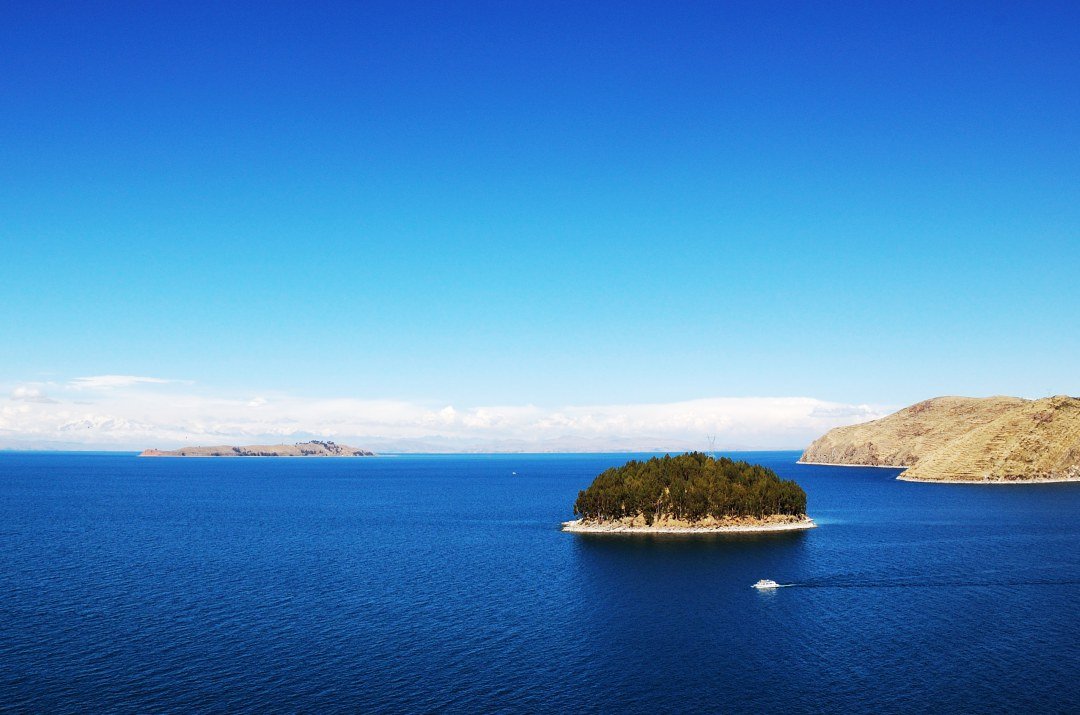 2 Esteves is the name of a little island on Lake Titicaca near the Puno city. It is a quaint island to take a private tour of, with only one main road and has a dirt track that goes all around the island but then it does have two places for helicopters to land. This island is somewhere you forget all your troubles or worries and relax in the serene surroundings. To say you walked a whole island is not something everyone can say they did!
Chucuito Temple

3 This is definitely a place to tour, not only for its history but also for its funny shaped monoliths. Chucuito Temple of Fertility has been studied for 50 years by archaeologists and anthropologists with some amusement. Is it just coincidence that it is a temple of fertility and the monoliths are shaped like a penis? You decide. No matter what, it is impossible to walk around the grounds without giggling at the monoliths that you see.
Iglesias de San Antonio de Padua 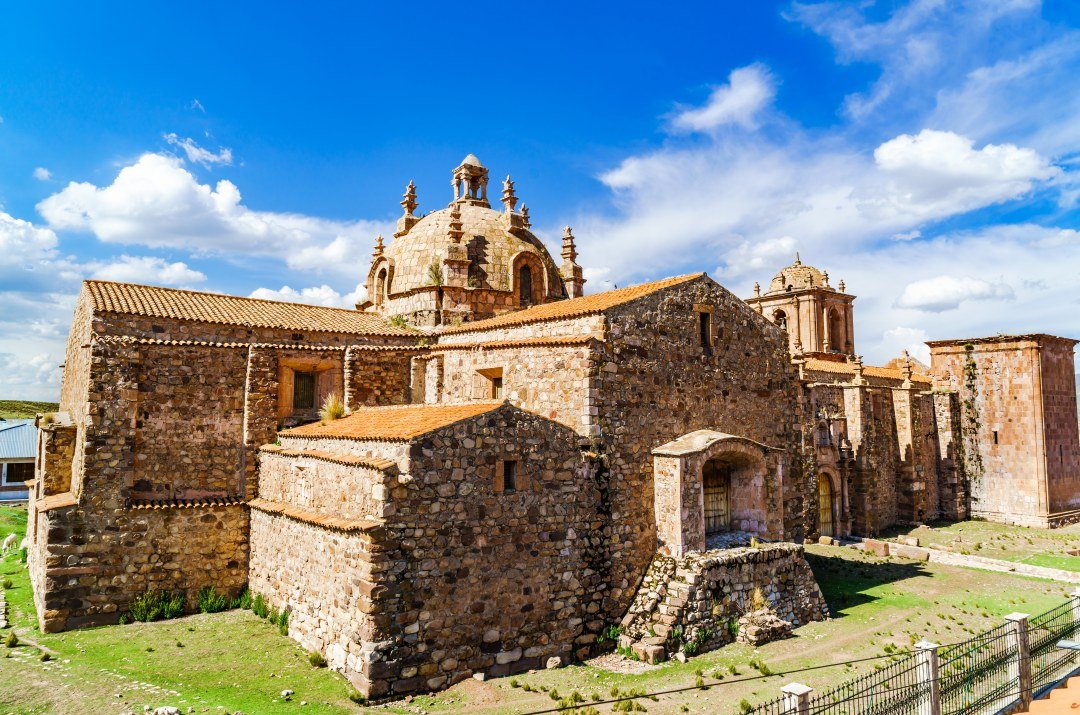 4 This temple/ church was built to San Antonio de Padua and is guarded by the Brotherhood. Lord of miracles, a canvas which is said to be the first ever replica of the Holy Image is held here. The Temple is spectacular to look at and not just from the outside, in the temple itself the altar dominates your view with statutes of the Peruvian saints Santa Rosa de Lima and San Martin de Pores. The architecture and design are intricate.
Sillustani Burial Towers 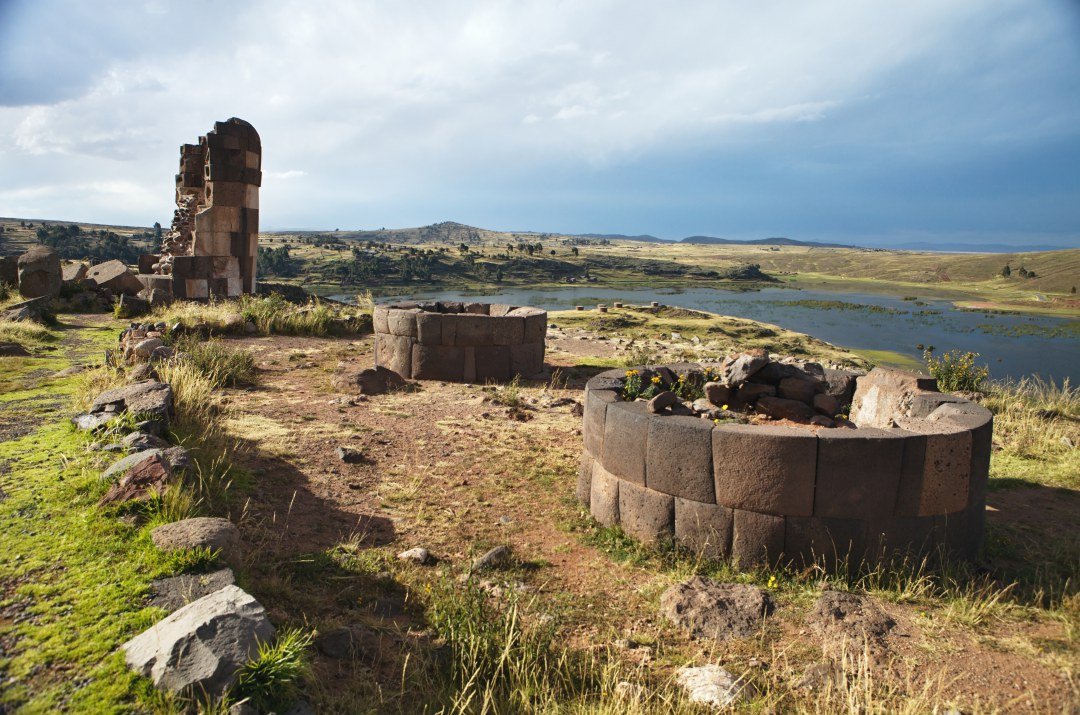 5 The Sillustani Burial Towers are so perfect in their cylindrical shape; it is believed that there is nothing else like it in South America. They were built as burial Towers for the Kings of the Altiplano people living on the edge of the beautiful Lake Titicaca hundreds of years ago. A private tour to the Sillustani will show you what life was like in Peru before the influential Inca Locals Arrived. The Umayo lagoon is around the towers.
Cathedral de Puno

6 The Cathedral de Puno was finished in 1757 and is of dramatic Baroque design with quite a bit of inspiration from Western architecture. The front is exceptional with incredible carvings in the walls all around. Although there is not much inside the Cathedral, there is an impressive marble altar and believe or not a painting which has a bullet still lodged in its canvas since the 18th century called Lord of the Bullet.
Museo Carlos Dreyer

7 Carlos Dreyer was an artist originally from Germany but lived in Puno for over 30 years. His house is now a museum exhibiting different works of art, not just by him but other artists too. The house has many titled rooms; an Inca room, a Litica gallery room, local archaeological hall, Pinacoted room, Colonial Hall of religious art and Hall Dreyer. In one of those rooms, there are three real mummies on display, Take a guide tour to see!!
Iglesias de San Juan Bautista

8 In English, it is called the Church of St John the Baptist and is a Catholic church. It is the home of the Virgen de la Candelaria image. This saint is paramount to the people of Puno and her day is celebrated with fabulous festivals and colourful parades. In the church, records are going back to the 1580’s and a guide from your private tour will gladly tell you all about the history in those records.
Lake Titicaca

9 One of the greatest lakes in South America is Lake Titicaca, and a private tour boat trip is great here. Known in folklore as the place of birth of the sun and its vast lake that is considered sacred by the locals. Still living the olden day's ways of life’ the Uru people have their home here on floating islands. They are still planting and harvesting by hand, and local women can be seen working in traditional bowler hats and skirts
Plaza de Armas

10 Plaza de Armas is well known and a great place to start a city tour from where it is ideally situated. Alternatively just sitting back, having a sweet drink and taking in the lovely surrounding buildings or watching the shoeshine boys busily at work is just as enjoyable. The statue of Tupac Amaru is located in the very centre of the square, and there are little arcades found in tiny streets all around the plaza. 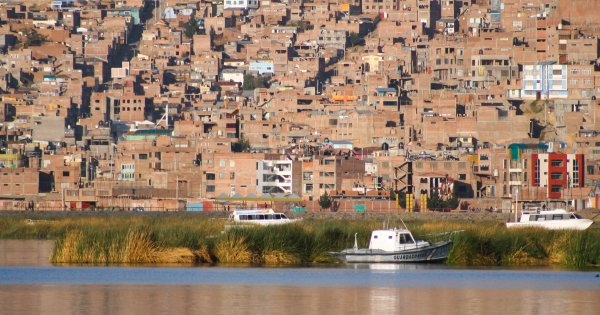 Lake Titicaca is one of the largest and due to its size and depth one of the busiest. A well-known landmark in the area of Puno is the Yavari, a steamship from the 19th century which is now bed and breakfast. Also, the Puno Cathedral in the Andean Baroque-style is another interesting place to go.

The Cuisine of Puno is very varied; you have trout from Lake Titicaca, Quinoa soup, authentic pizzas from old brick ovens or you can always try a slow cooked dish of Alpaca. In the markets, you can always afford the authentic stews like stifado or lomo Salado which is like a stir fry.

At nighttime after the evening entertainment, soup is a popular choice, mainly broths made of sheep head! The Famous Cuisine Tour of Puno Peru is a must !!

The nicest time to travel to Puno is May to September when the weather is warm and sunny in the daytime, and there is a refreshing little chill in the air at nighttime. However, even though it is the rainy season the big event of the year is the religious festival of the Virgen de la Candelaria is in February, and no rain can dampen the celebrations. You can visit Puno anytime as it is an all year round destination.

Reglardless of where you visit in the world you will get a choice of expensive and cheap places to eat and drink. In Puno, you can get a clean but basic hotel for 30 Pen a night (1 dollar is approx 3.30 pen). For eating authentically, there are always cheap but tasty meals to be had at the market. Book any tours prior to arriving and save some money. There are reasonable priced, very nice restaurants everywhere with set menus for 20 Pen

Bring lots of suncream and sunglasses for the summer season as the sun’s UV rays are still high and don’t forget to drink lots of water Bring an umbrella for the rainy season! The local tour guides are cheap and helpful. Be careful when eating food from the street stalls and make sure anything you get has been cooked in front of you.

January and February, in Puno, it is mostly raining, so not necessarily a great time to visit. The weather is dry in May, June, July and September and reasonably warm with a slight chill in the air at night. The warmest month in Puno, is usually October and the coldest month January.