Go Ballistic with Liepaja Private Sightseeing Tours in the Baltic’s

Whether its adventure, sightseeing or sun you are looking for, go ballistic on Liepaja private sightseeing tours in the Baltic’s. Liepaja is Latvia’s 3rd largest city and is located on a stretch of land between the Baltic Sea and Liepaja Lake.

Enjoy sandy beaches, beautiful scenery and stunning sunsets in this port town or if you are feeling more courageous, spend the night in a Soviet prison with Liepaja adventure tours. The prison is rumoured to be haunted and has been visited by the official Ghostbusters.

The town suffered greatly with an outbreak of the plague in 1710 and only gained importance as a port in the 19th century as part of the Russian empire. Visit the Northern Forts built by Tzarist Russia and explore the underground bunkers with cultural tours Liepaja.

Since Liepaja gained its independence, it has worked hard to make the transformation from a Soviet military city into a modern port city while at the same time marking its place as a touristic destination. It was only in 1994 that saw the final departure of Russian soldiers and officers.

Top 10 Things to Do in Liepaja 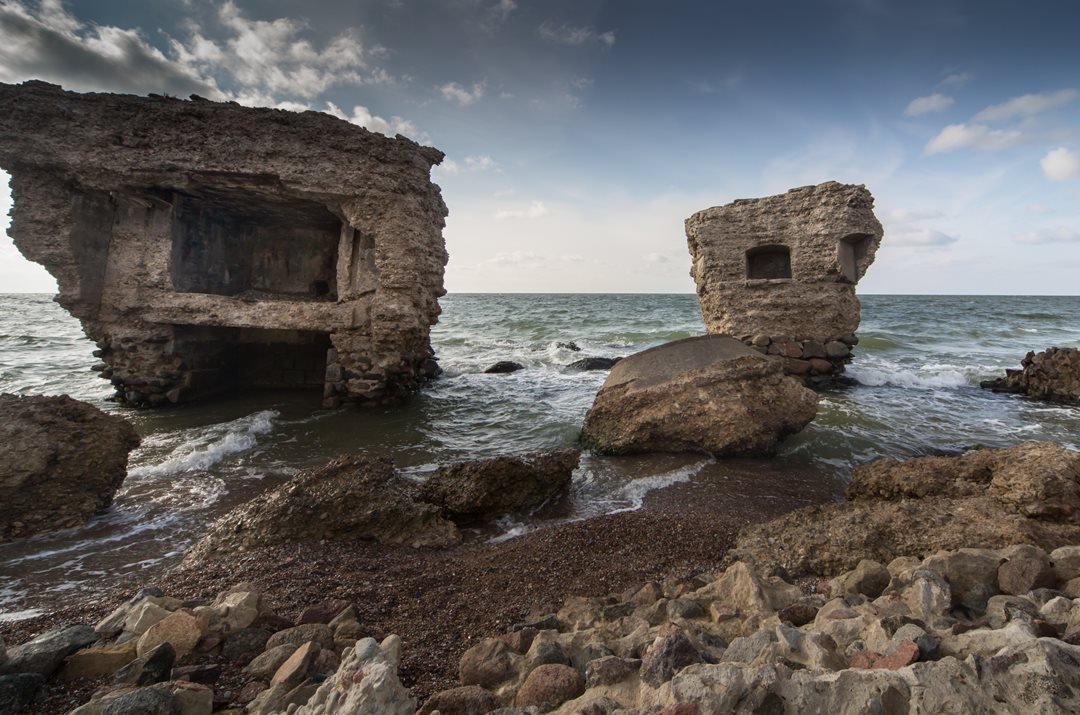 1 Explore with cultural tours Liepaja these amazing old forts found in the Northern Fort as you walk through subterranean labyrinths and bunkers gathering information about their history and construction. Join in the fun as you work as a team to find a friend, who has been taken prisoner by Soviet guards, then rescue your friend and transport him to a submarine. A visit to the fort makes for a fun day for all the family young and old.
The Holy Trinity Cathedral 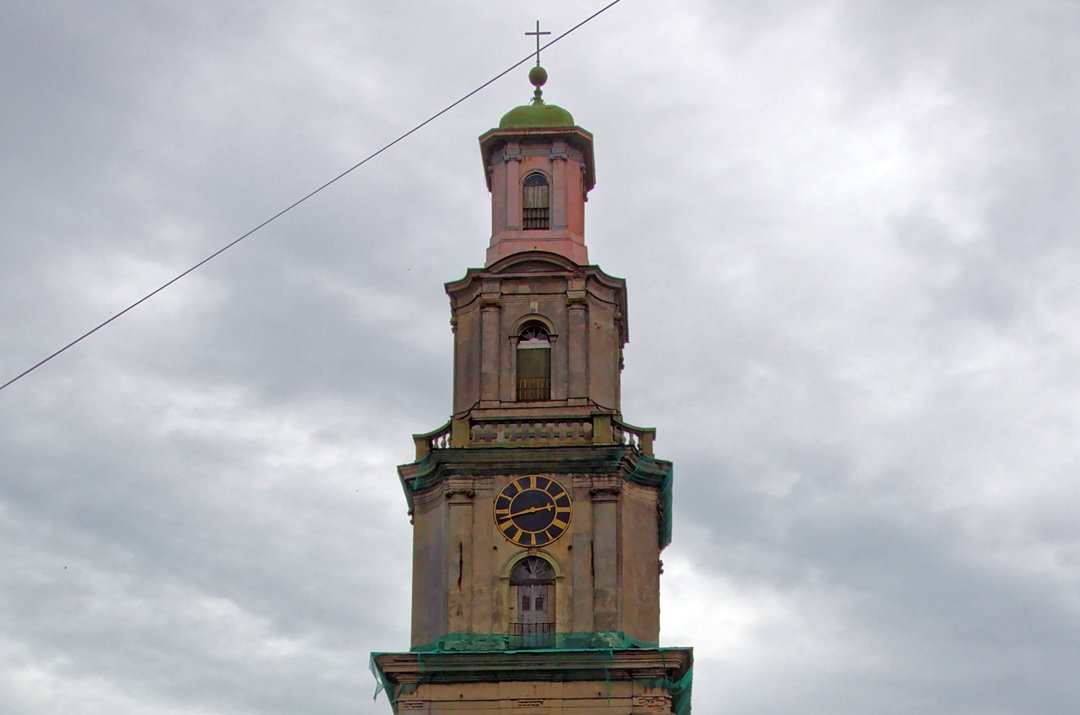 2 The Holy Trinity Cathedral is a stunning landmark which hosts the world’s largest mechanical organ that has never been reconstructed. With cultural tours Liepaja, view the panoramic vista of the city from the churches 55m high tower. Between 1742 and 1758 the cathedral was constructed in the Baroque-style and features intricate wood carvings and gold plating. In September the annual International Organ Music Festival takes place.
Liepaja Museum

3 Located in a beautiful 20th century building, walking tours Liepaja will take you on a historic journey of the city from the Stone Age right through to the early 20th century in Liepaja Museum. Discover Stone and Bronze Age artefacts along with a fantastic collection of weapons, jewellery and paintings from both World Wars. Visit the stunning sculpture garden where the bronze statues all have song lyrics inscribed on them.
Walk of Fame 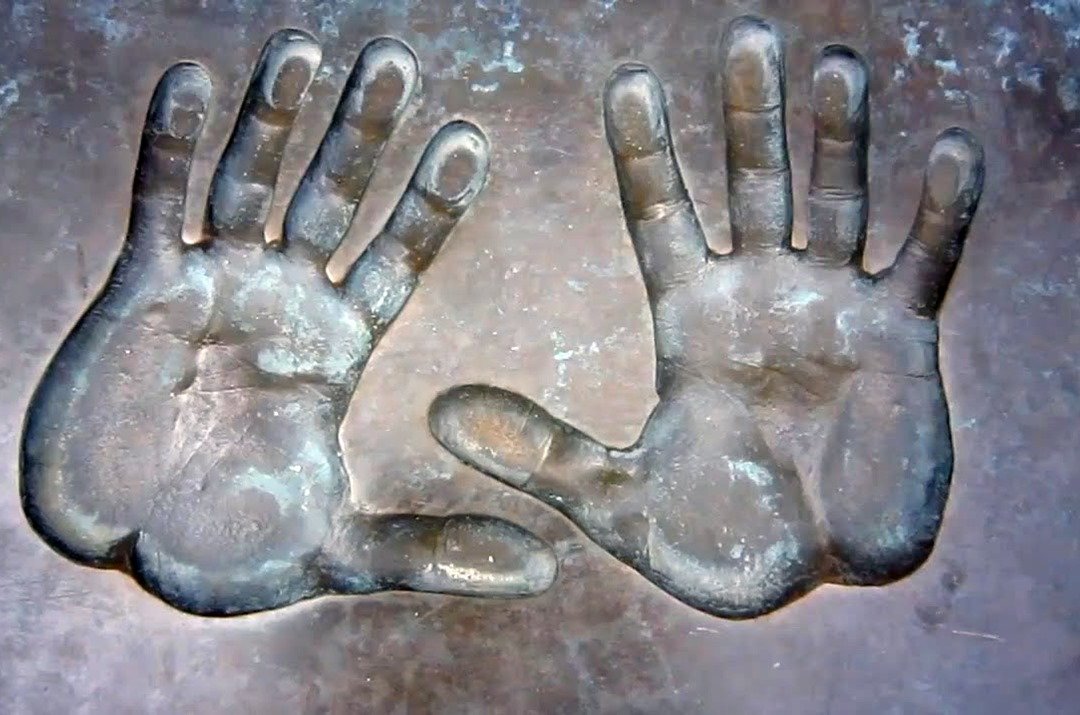 4 Here is called The capital of Latvian rock music as many famous composers and bands have been inspired by the city, walking tours Liepaja will take you on a memorial trip down this famous street. The walk displays plaques with the casts of musicians past and present palms in bronze, and music plays throughout your walk. Enjoy a drink at The Rock Cafe and take in the many T-shirts, posters and albums that adorn the walls.
Livi Ghost Tree

5 With walking tours Liepaja, visit Livi Ghost Tree which is made of 4,000 steel rods and is dedicated to Latvia’s most beloved rock band Livi. When you look closely, you will see that there are five instruments hidden between the branches. All around this work of art are cobblestones engraved with the names of the band’s popular songs, which play on a continuous loop. Enjoy whilst sitting on the guitar-themed benches.
Karosta Prison 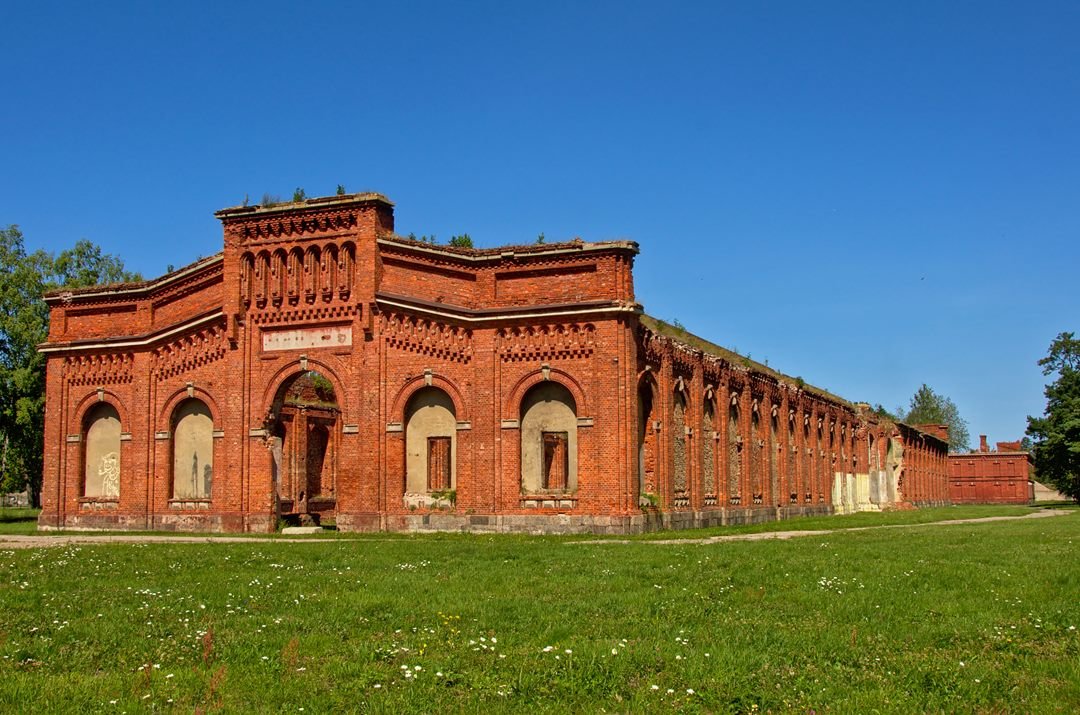 6 Become a prisoner when you take Liepaja adventure tours and spend the night in a former Soviet prison. You have the choice of taking a quick guided tour or alternatively opt for the full experience with an overnight visit. Be prepared to wear prison uniforms and get harassed before being locked in your cell. Disobedience can result in punishment by means of exercise or cleaning. The prison may be haunted; you have been warned.
Bird Watching Pape Nature Park 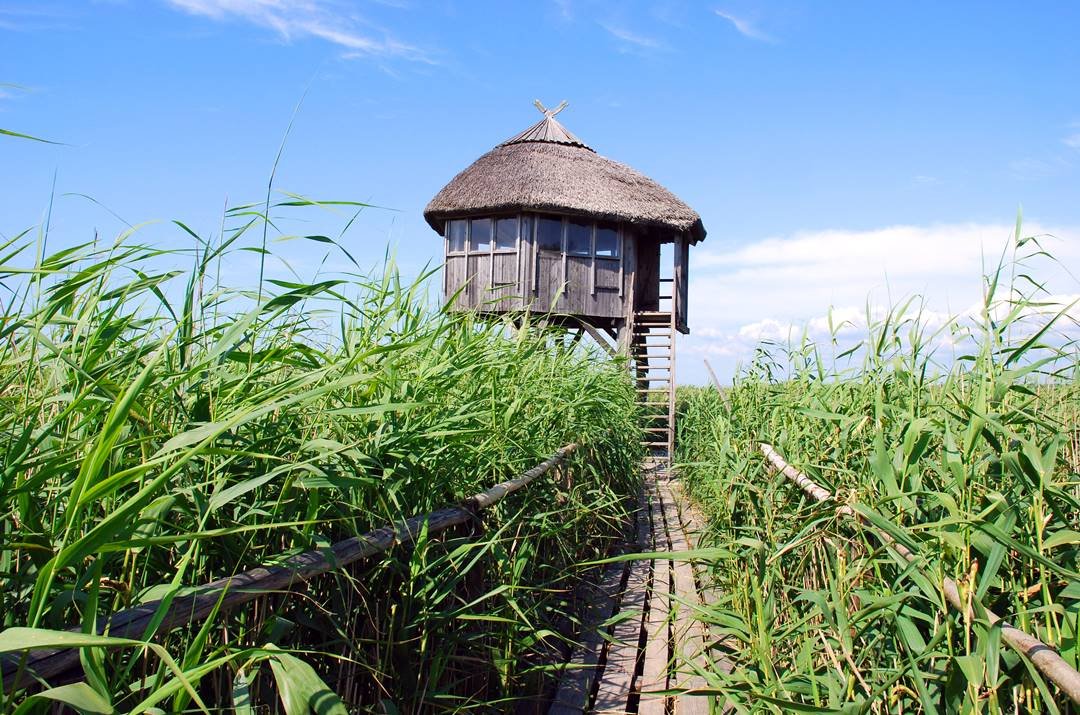 7 The best times for Liepaja bird watching tours is Autumn and Spring. The country is along one of the world’s three most important bird migration paths and many migrating birds pass over at this time of year with Pape having the highest concentration of numbers. Also on your this tour, you can expect to see a large number of the 87 species that live here; around 50 which are listed as being endangered.
House of Craftsmen 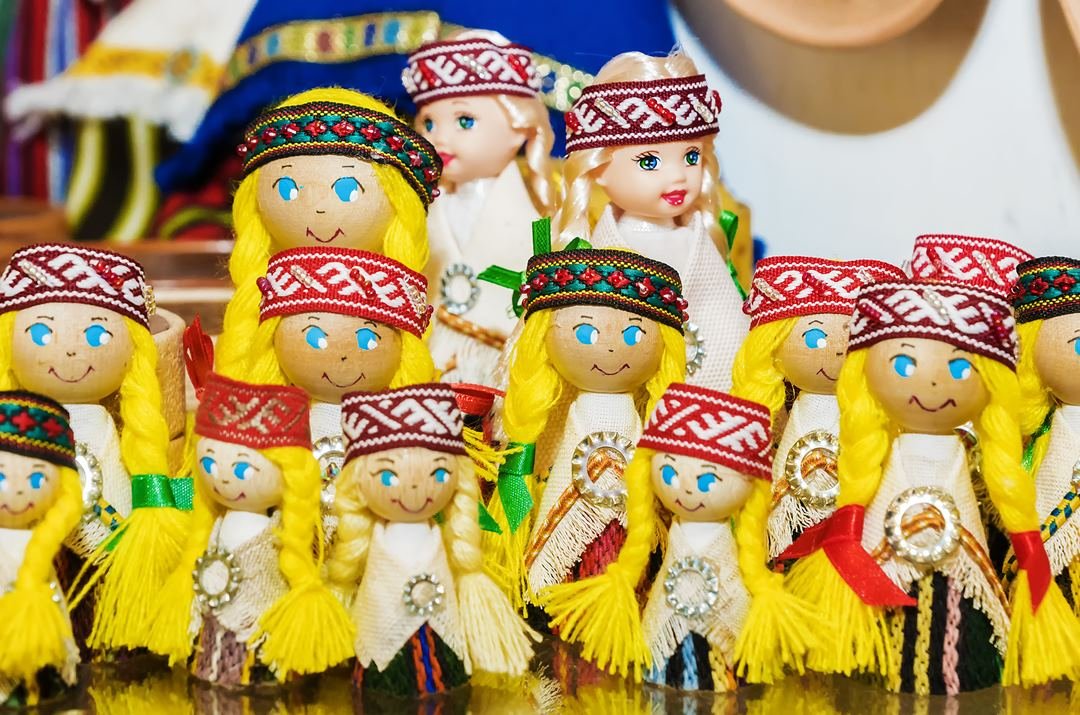 8 Take Liepaja private sightseeing tours to the House of Craftsmen. If you like to buy handmade crafts, this is definitely the place to be. See the largest piece of amber in the world as you stroll through an impressive collection of handmade ceramics, amber jewellery, leather work and woven items. Watch the craftsmen make these items along with women weaving traditional Latvian table clothes, placemats and blankets on wooden looms.
Peters Market 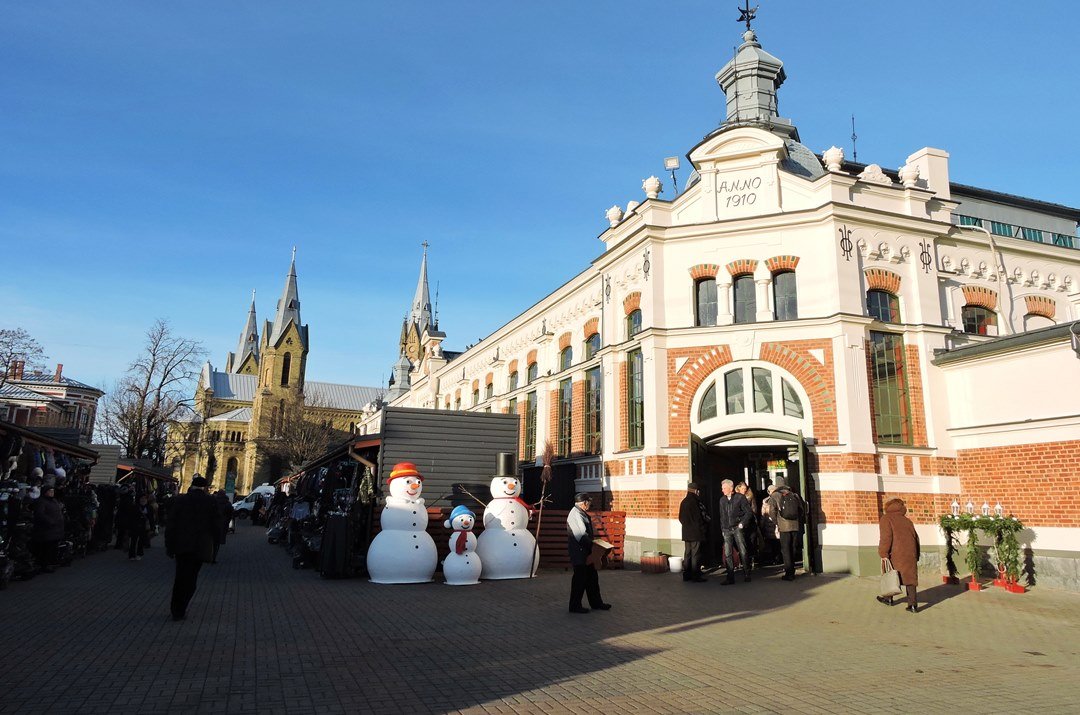 9 Another amazing place to see with Liepaja private sightseeing tours is Peters Market. This historic building opened in 1910 although venders have been trading at this location since the mid-seventh century. Here you will find local produce on offer along with flowers, souvenirs, second-hand clothes and crafts. Enjoy the authentic atmosphere as you stroll past the many stalls while shopping like a local.
St. Nicholas Orthodox Sea Cathedral 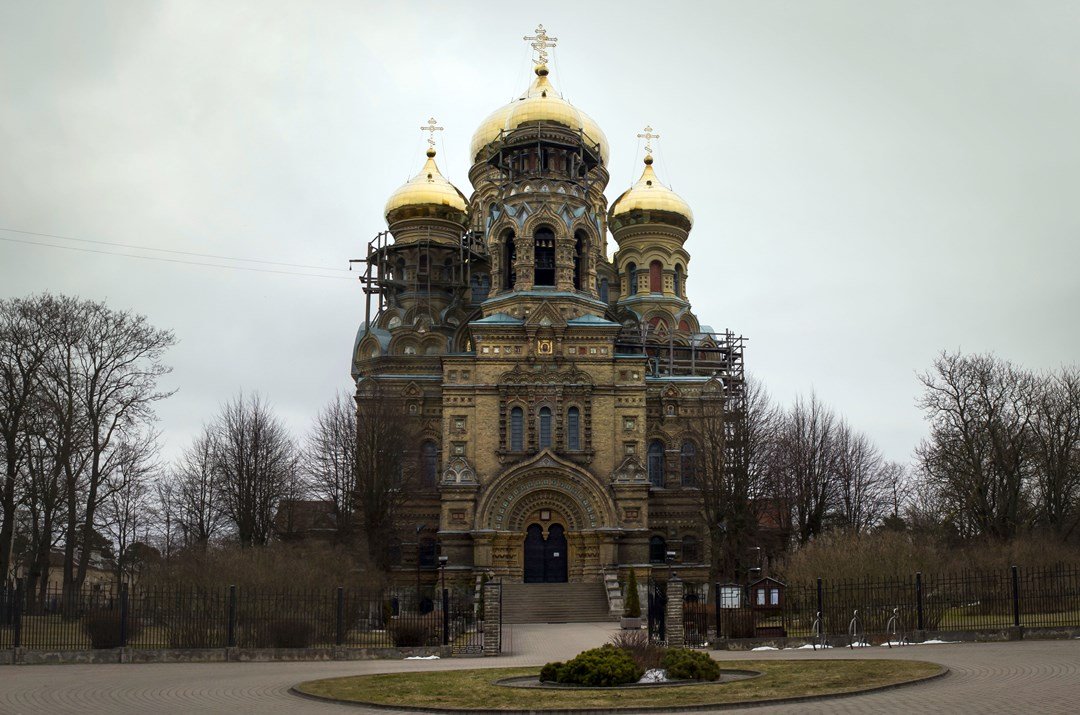 10 Cultural tours Liepaja will bring you to St. Nicholas Orthodox Sea Cathedral. Completed in 1003 this golden-domed cathedral shines on the outside compared to its modest interior. At the end of World War Two, the Soviet Navy base was made a secret territory and the cathedral became a sports hall and cinema in which to entertain the troops. The military left in 1991 and the first church service was held in December of the same year.

It is a little-known fact that Liepaja is ideal for bird watching due to its many migration routes. Liepaja bird watching tours will take you to Pape Nature Park on the outskirts of the city where you can spend the day observing many species, and if you are fortunate, you may even get a glimpse of rarer birds.

In the city centre, you will find the Musicians Walk of Fame. Walking tours Liepaja will introduce you to famous Latvian musicians by following musical notes in a narrow street.  Bronze plaques with the hand-prints of artist’s old and new line the alley and you will also visit The Ghost Tree which tells the haunting story of Livi, Liepaja’s very famous band.

As the country as four distinct seasons, plan well in advance for your trip.If you are looking to soak up some sun here, then it is best to travel in July, August and September where the temperatures average between 20 and 25 degrees. Autumn and spring are best for Liepaja bird watching and nature tours and although there are many concerts all year round, September is the best time as this is when Liepaja hosts many national events.

You will be pleased to know that hotel and restaurants prices are lower in Liepaja than many other European major cities. However, prices vary based on your wants and needs. A 3- course meal in a decent restaurant will cost around $20 or as low as $8 if you dine like a local. Local drinks are cheap and even imported beer will only cost $1.50. Shop around if you are changing currency as prices can vary.

Always do your research before booking. Booking early is recommended as this is usually when you will get the best deals on any Liepaja private sightseeing tours. The crime rate is relatively low in Liepaja, however; always be aware of your surroundings At night it is always best to stay in groups for your own personal safety; as you should no matter what corner of the world that your holiday destination takes you.

In the temperate climate zone, Liepaja has four very distinctive seasons making it very important when it comes to booking your holiday. Summer temperatures average around 20-25 degrees and in the winter, you can expect frozen lakes with the temperatures averaging 5 degrees and sinking as low as -30 degrees. In the spring, there is a lot of rain and flooding which is well suited for boating enthusiasts.