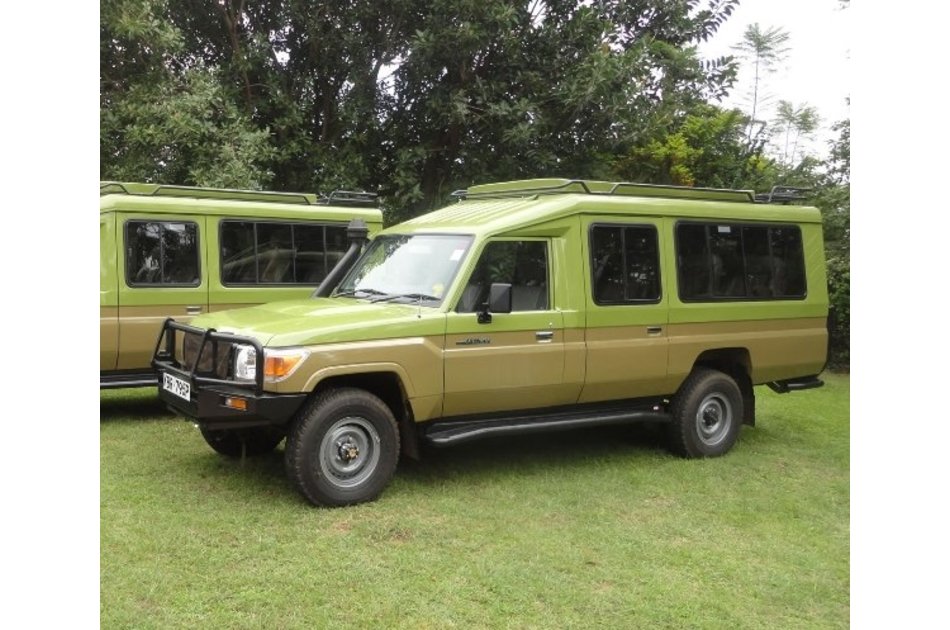 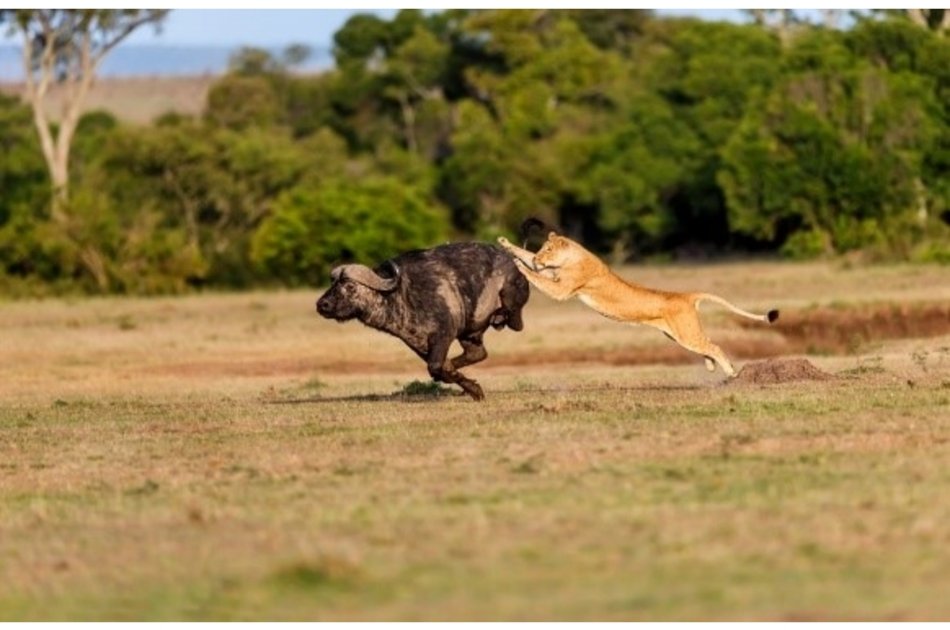 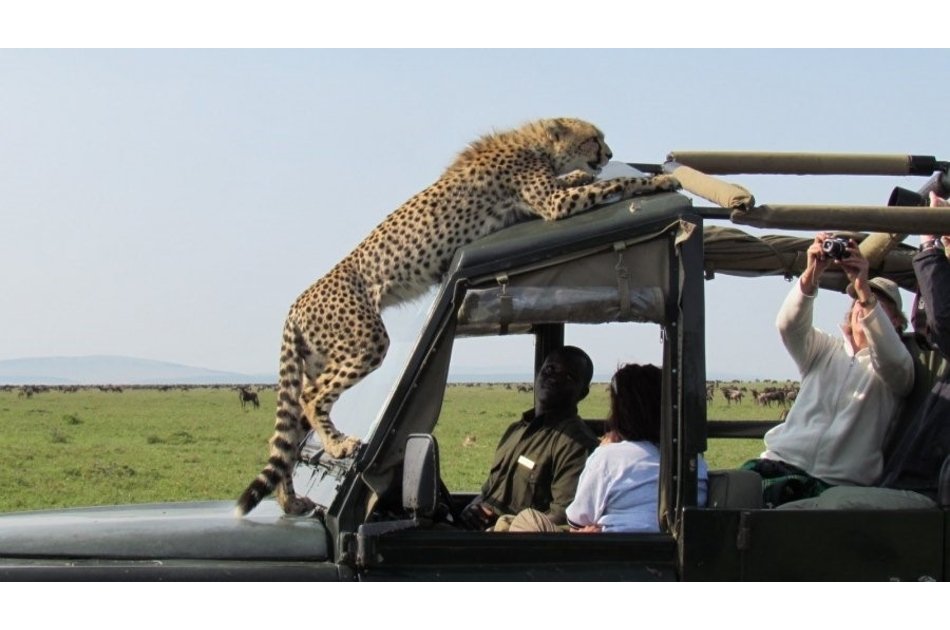 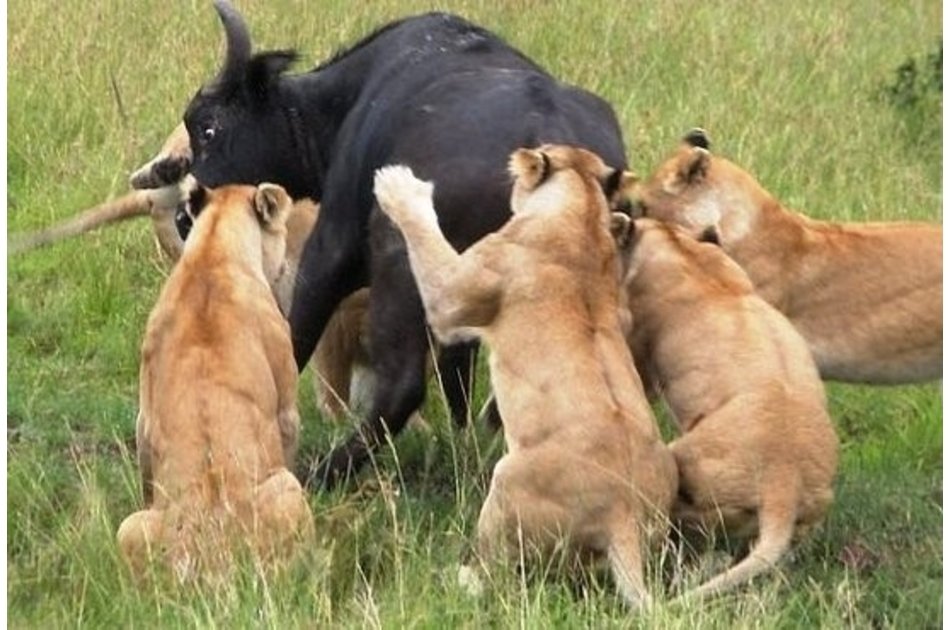 Start this exciting expedition in the Aberdares, a scenic mountain range at the feet of Mount Kenya. In about two and a half hours from Nairobi city, you will be at The Ark inside the Aberdare National Park, an iconic facility to behold.

The Ark overlooks a floodlit waterhole and salt lick, which attracts a host of wildlife both in the daytime and at night for viewing through the balconies. Hot on the heels of The Ark comes the Ol Pejeta Conservancy, a private game sanctuary situated in the Laikipia Plains near Mount Kenya.

Boasting of an incredible density of wildlife per square KM within its borders, the conservancy is also home to a host of endangered species, and is especially known for its large populations of black and endangered northern white rhinos and a haven for orphaned, abandoned and rescued chimpanzees seen at the Chimpanzee Sanctuary set within the park.

After the Olpejeta affair, we set off to Meru National Park, the epitome of our expedition. This is a haven for great wildlife and has been less travelled since it was gazetted in 1966, the animal population has thrived to greater levels and now spotting the big 5 is a quick affair, yet the abundance of birdlife with over 470 species makes this park rich in all game life pursuits, even for the ardent photographers.

Be met upon arrival at Jomo Kenyatta International Airport and welcomed/briefed by our representative. Soon after your Meet and Greet session, you will be transferred to your hotel in Nairobi City, 15 kilometres from the airport.

Arrive at the hotel, check in and relax for the night. Overnight at Westend Hotel.

After Breakfast, depart for the Aberdares through the lush Kikuyu farmlands and coffee plantations arriving at the Aberdare Country Club in time for lunch.

At around 1430 hrs, transfer to the Ark, which is located in the Aberdare National Park with small overnight bags as most of the luggage is left at the base hotel. The Ark has various decks and balconies for easy viewing and photography of wild game both during the day and at night as it is floodlit.

Dinner and overnight at The Ark.

After breakfast, depart the Ark and drive to base hotel, Aberdare Country Club, pick your other luggage and drive towards Mount Kenya region in Nanyuki to Ol Pejeta Conservancy arriving in good time at Sweetwaters Tented Camp.

Check into the Camp and proceed to the facilities restaurant for your day’s early lunch.

After lunch, relax for a while before departing at around 1430-1500hrs for your afternoon game drive in this sanctuary. This is the most densely populated sanctuary in the country where you stand a very good chance of locating the elusive leopard among many other species.

After breakfast, depart and drive towards Meru County for Meru National Park arriving at your camp in time for lunch.

Check-in and proceed to the restaurant for your sumptuous lunch this afternoon. At around 1430-1500 hrs, depart the facility and drive into Meru National Park to enjoy an afternoon game drive, seeking for the big 5 and more. The park is also rich in birdlife for bird lovers.

Return to the camp later at 1800hrs full of jungle love. Dinner and Overnight at Ikweta Safari Camp.

After breakfast, proceed on a morning game-viewing drive at 0830 hrs to search for the myriad species of game that make this park their home. If you are lucky, you can witness a kill in action, moment by moment, right in front of your unbelieving eyes! Later on, return to the camp for your lunch.

After your sumptuous lunch, proceed for another exciting game drive at around or before 1500 hrs, where you can expect to see the famous 'Big 5' (The Lion, The Elephant, The Leopard, The Rhino and The Buffalo).

In the evening, enjoy a delicious dinner at your camp. (You may also opt to take picnic lunch boxes and break out for a full day game viewing returning at 1600-1700hrs or so, thus you may elect and plan this with your Tour Driver Guide). Dinner and overnight at Ikweta Safari Camp.

After your early morning breakfast, depart this magnificent facility and proceed for Nairobi arriving mid-afternoon.

After, you will be transferred to JKIA for your outbound flight or to your hotel/residence. Breakfast at Ikweta Safari Camp and Depart.