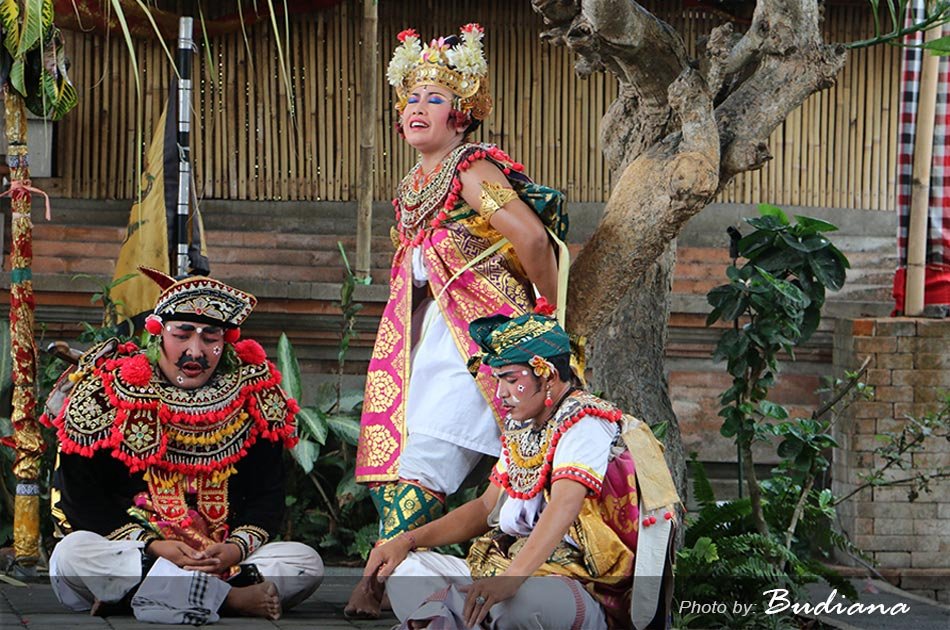 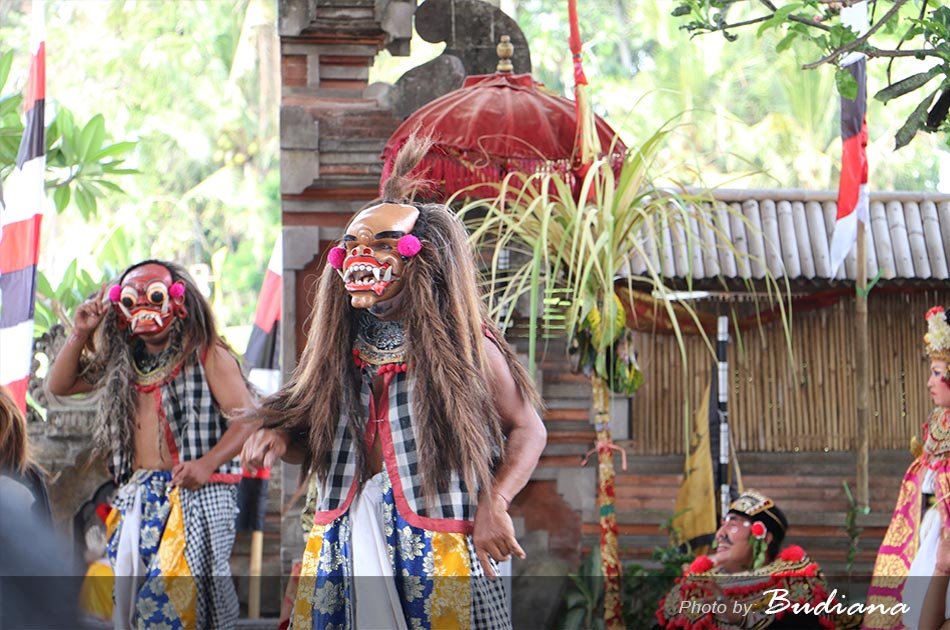 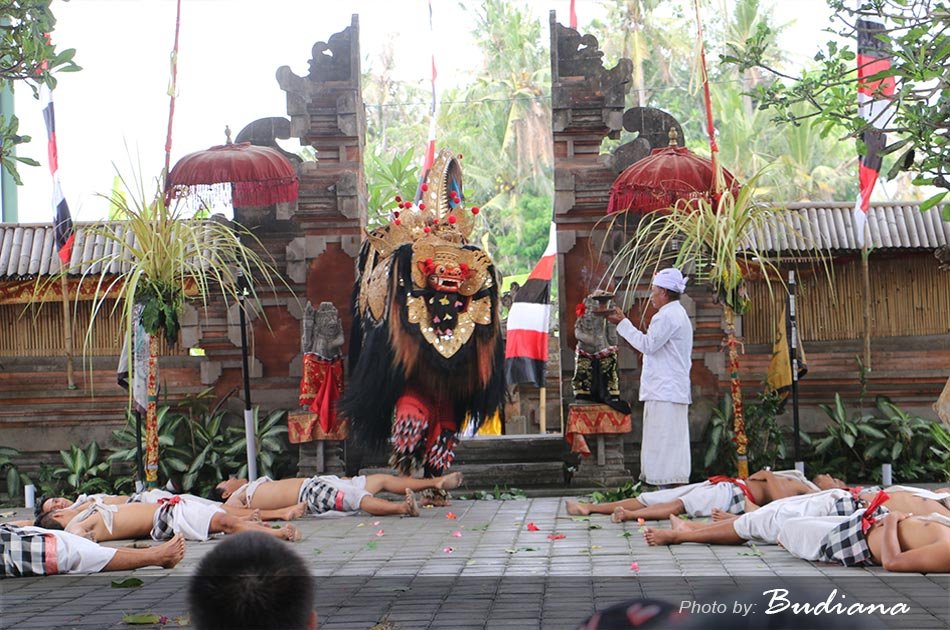 Watching a traditional dance performance is a really good experience. This is the most beautiful 60 minutes dance performance which held every morning at 09.30 AM in Batu Bulan town, 17 km from Kuta. At the end of the performance, you may join to the stage to take a picture with the dancers.

Barong is a lion-like creature and character in the mythology of Bali. He is the king of the spirits, leader of the hosts of good, and enemy of Rangda, the demon queen and mother of all spirit guarders in the mythological traditions of Bali. The battle between Barong and Rangda is featured in the Barong dance to represent the eternal battle between good and evil.

Barong is portrayed as a lion with a red head, covered in white thick fur, and wearing gilded jewellery adorned with pieces of mirrors. The shape of lion Barong is somewhat similar to a Pekingese dog. The origins of the Barong are far a back in time and quite uncertain. Its origins could be from animist worship before Hinduism appeared when villagers still believed in the supernatural protective power of animals.