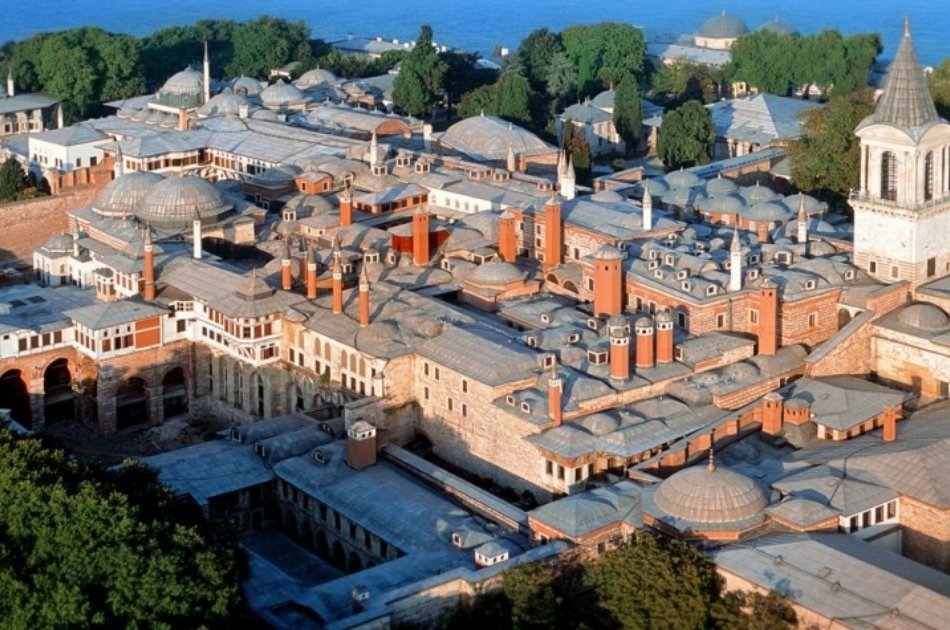 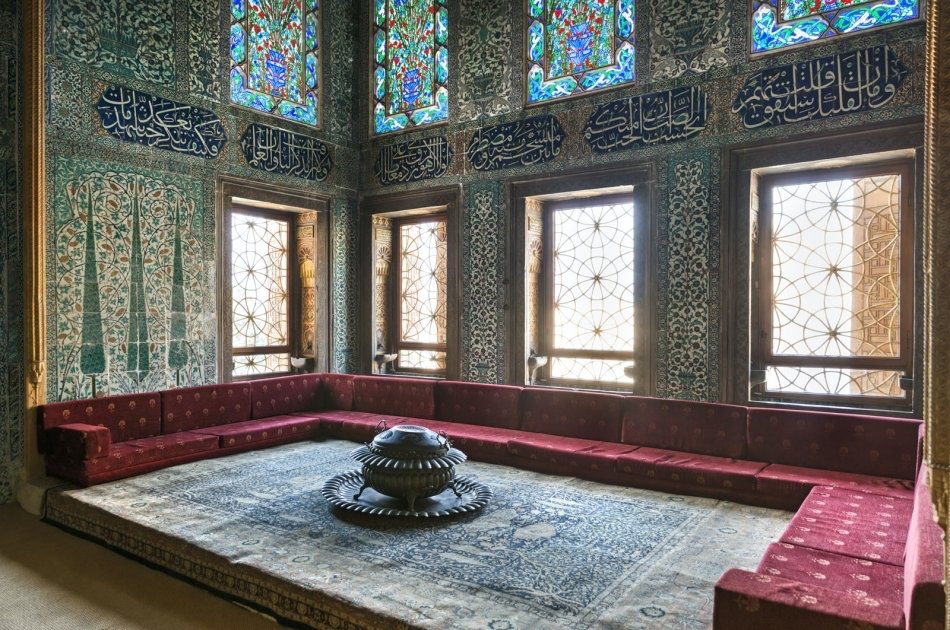 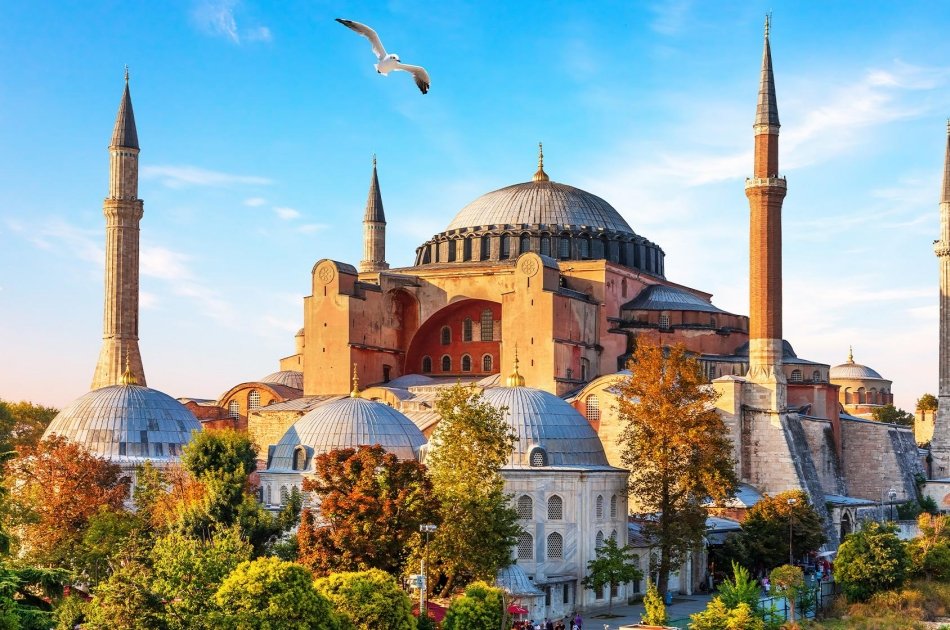 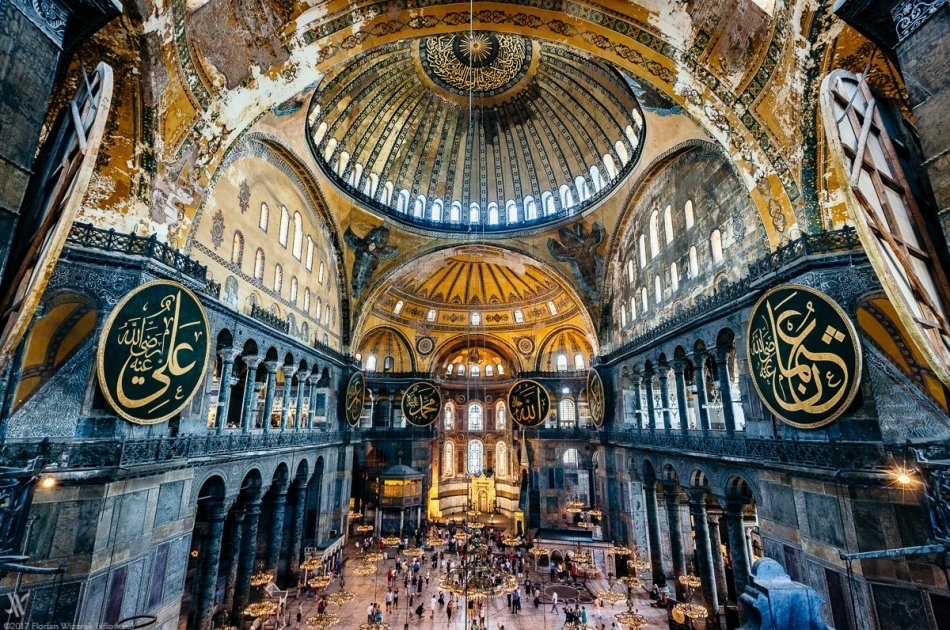 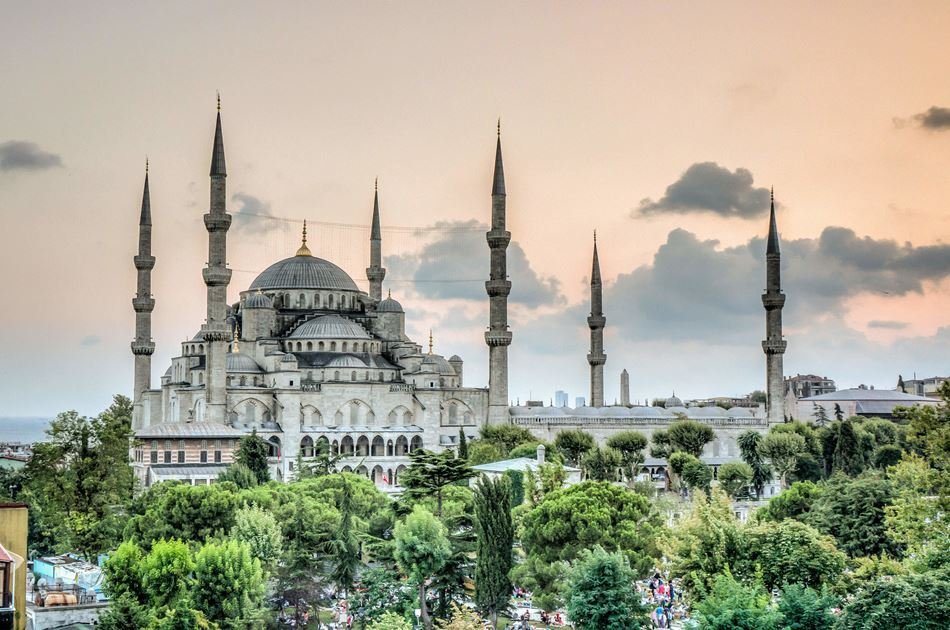 From EURO
per person
€ 50.00
Price varies by group size

This half-day Istanbul tour will take you to all the highlights of this magical city.  If you want to experience the marvels of Istanbul, this half-day Istanbul sightseeing tour is the perfect option. Tour one of the most famous architectural creations in history, Hagia Sophia, Topkapi Palace, the Blue Mosque, Hippodrome and the Grand Bazaar.

The Istanbul half-day tour is the best way to explore the marvels of this historical city excitingly and educationally.

Hagia Sophia, Turkish Ayasofya,  also called  Church of the Divine Wisdom, an important Byzantine structure in Istanbul and one of the world’s great monuments. It was built as a Christian church in the 6th century CE (532–537) under the direction of the Byzantine emperor Justinian I. In subsequent centuries it became a mosque(1453) by Sultan Mehmet II., museum(1934), and a mosque again(2020). The building reflects the religious changes that have played out in the region over the centuries, with the minarets and inscriptions of Islam as well as the amazing mosaics of Christianity.

Topkapı Palace Museum, in Istanbul that exhibits the imperial collections of the Ottoman Empire and maintains an extensive collection of books and manuscripts in its library. It is housed in a palace complex that served as the administrative centre and residence of the imperial Ottoman court from about 1478 to 1856. It opened as a museum in 1924, a year after the establishment of the Republic of Turkey. The Topkapı Palace Museum is notable not only for its architecture and collections but also for the history and culture of the Ottoman Empire that it recalls.

Blue Mosque is known as the Blue Mosque because of blue tiles surrounding the walls of interior design. Mosque was built between 1609 and 1616 years, during the rule of Ahmed I. just like many other mosques, it also comprises a tomb of the founder, a madrasa and a hospice.

Hippodrome of Istanbul was built for chariot racing, which was the most important sports of the Byzantines. Nevertheless, it was more than a place for chariot races and other sports activities. The hippodrome was also home to gladiatorial games, official ceremonies, celebrations, protests, torture to the convicts and so on. The word “hippodrome” comes from the Greek hippos (horse) and dromos (way). Hippodrome functioned all in Roman (203-330 A.D.)Byzantine (330-1453 A..D), and Ottoman (1453-1922) periods.

The Grand Bazaar (Turkish: Kapalıçarşı, meaning 'Covered Market)  in Istanbul is one of the largest and oldest covered markets in Istanbul, with 61 covered streets and over 4,000 shops.

Highlights
Good to Know
Inclusions
Exclusions
Meeting Point
Pickup and drop off where the tour concludes. “Hotel or Cruise Ports”
Know Before You Go
Recent Photos of This Tour

GB   May 13, 2022
Rating
Awesome tour with our guide. She was super knowledgeable, informative, and entertaining. Highly recommend it!
Reviewed by a dahlmans

PH   May 13, 2022
Rating
Thank your private tour for the amazing experience,
Reviewed by Mruth77

GB   May 13, 2022
Rating
I just returned home from an amazing tour. I had initially contacted several tour but it was the best. Thank you.
Reviewed by Wagner Markus

DE   May 13, 2022
Rating
The guide was very knowledgeable and keen to share his love for the city. A great day was had by all.
Reviewed by Steam

ES   May 12, 2022
Rating
THANKS TO OUR GUIDE WE SAW ALL THE TOP PLACES TO VISIT AND MORE. BOOK WITH THEM AND YOU WON'T BE DISAPPOINTED.
Reviewed by Randy W

AU   May 12, 2022
Rating
What a wonderful tour we had today with my guide. He was very knowledgeable and showed us so many details that we would have otherwise missed. A must do.
Reviewed by Sally P Downs

AU   May 12, 2022
Rating
Really great tour!!! The tour was really informative and was always happy to take photos. Thank you!
Reviewed by Lee Hernandez

US   May 12, 2022
Rating
I had an amazing time on this tour. was able to cover a lot of ground with my very knowledgeable tour guide. I recommend this to anyone thinking about seeing the sights.
Reviewed by Abdelbadie

US   May 12, 2022
Rating
Had a great time!! Our guide was fantastic, very informative and friendly! One of my best experiences so far. We look forward having again
Reviewed by christinenM8165VL

US   May 12, 2022
Rating
Have a FANTASTIC time on the trip today. Our tour guide was amazing! Instantly felt welcome and comfortable. He was very engaging and knowledgeable. To sum up, THANK YOU FOR A BEAUTIFUL DAY.