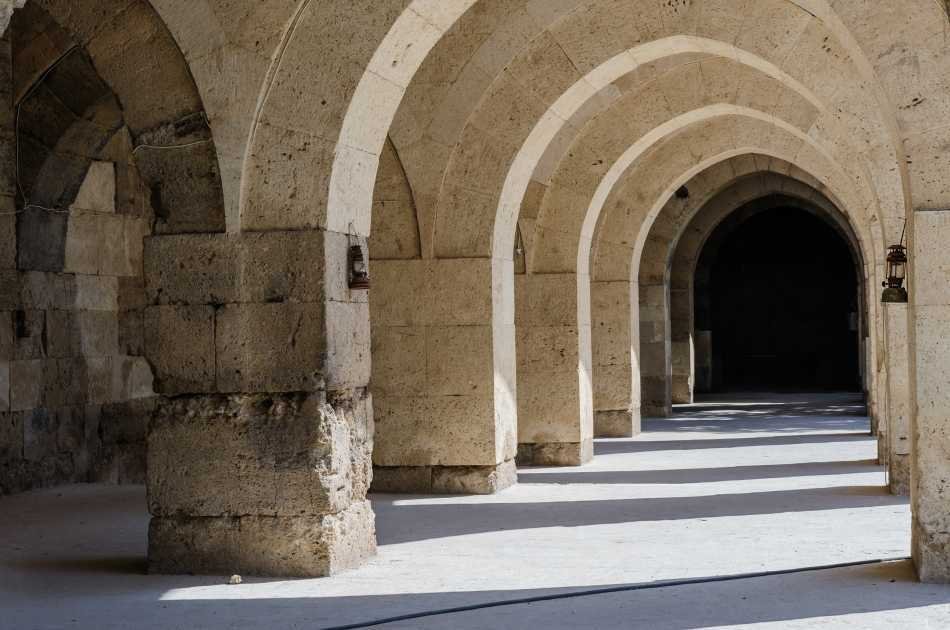 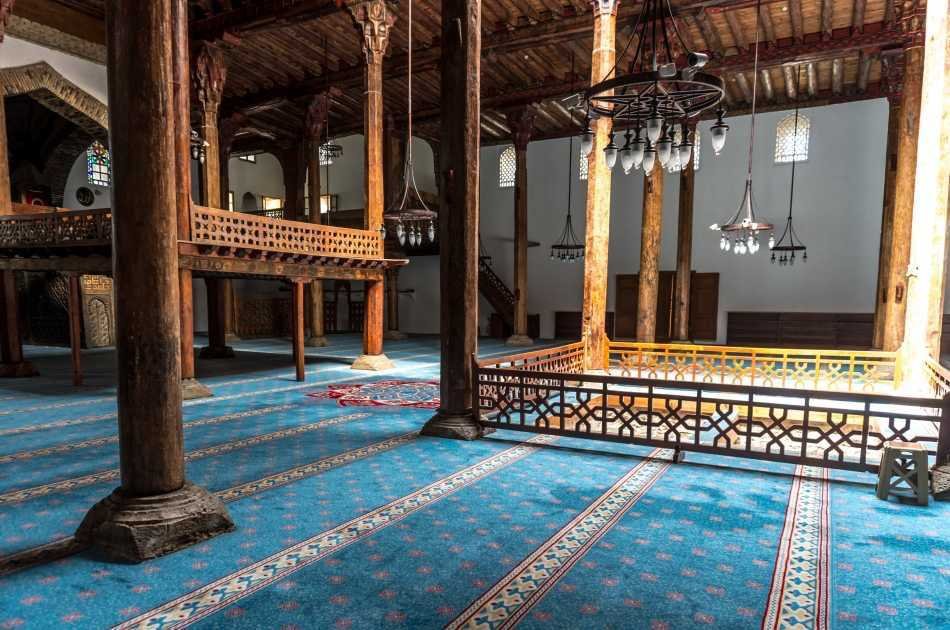 Konya dates back to the period of the Hittites and is also home to the famous whirling dervishes and the Seljuk culture. The tour takes you to:

Mevlana Museum, this complex is home to the properties and works of the 13th-century religious leader and poet Mevlana Celaleddin Rumi.

Mevlana established the whirling dervish sect of Sufism, and the museum’s collection includes their musical instruments, fabrics, calligraphy, carpets and a library. It also houses the tombs of Mevlana, his wife, children and several notable Sufis.

Karatay Tile Museum is a stunning restored 13th-century medrese and is now a tile museum. The inside of the medrese is tiled in enamel blue and white Seljuk tiles, and there is also a superb collection of ceramics.

Ince Minare Museum is a museum that houses a magnificent collection of Seljuk period wood and stone sculptures including animal reliefs from the walls of the city. It was constructed in the 13th century as a medrese and has a beautifully carved portal.

Aladdin Mosque and Palace sits atop a hill in central Konya. It is another example of the 13th-century architecture and is notable in part for the many decorative columns that are inside. At the foot of the hill is where you will find the excavation site of Alaeddin Kaykobad’s palace.

Aziziye Mosque, this is a typical mosque which was initially built in the 17th century but was then restored 200 years later after a fire destroyed it. This later restoration resulted in the mosque being reconstructed in a unique Rococo style which contrasts with others you may see.

Old Bazaar located behind the Mevlana Museum, is a colourful, sprawling, and bustling bazaar which is perfect for wandering, exploring and maybe finding a treasure to take home.

Highlights
Good to Know
Inclusions
Exclusions
Pickup and Drop-off
Pick up from your Cappadocia hotel.
Know Before You Go
Customer Reviews
Excellent

US   October 01, 2019
Rating
We had a wonderful day with our guide and her driver Meltem. We went to many historical sites and she explained in clear, thorough detail about each one. Her English is excellent and she has a great sense of humour!
Reviewed by K Murali

PK   September 29, 2019
Rating
Konya is a clean city with beautiful gardens and well-planned roads. The best time to visit Konya would be in summer. The ethnicity and cultural aspects of Konya are a wonderful experience. Highly recommended.
Reviewed by R Naghda

SA   September 28, 2019
Rating
I did a lot of research before booking this Full day Konya Tour from Cappadocia. The communication with privatetour.com was very good at all times. Our guide was born in Konya and was able to tailor the tour just for us, focusing on the Sufi Saints. She was absolutely brilliant - friendly, very knowledgeable, passionate and enthusiastic. My wife and daughter absolutely loved her, and she really made our trip to Turkey a special one. An absolutely brilliant tour.
Reviewed by Darren Murphy

GB   September 27, 2019
Rating
I was transported back to a beautiful historical place, and I couldn't have been happier. I had one of the best experiences of my life. I was in awe of everything I saw and felt total peace and love.
Reviewed by Carla Price

US   September 26, 2019
Rating
Ah, I would recommend this tour to any history buffs out there or Rumi fans. What a brilliant day our group had. Our guide was wonderful and everything ran so smoothly. To me that's the mark of great organisation when you don't have to think about anything and just enjoy the moment, cheers to Gwen at privatetour.com
Reviewed by Anita M

IN   September 20, 2019
Rating
This was such a beautiful experience, I have been a long time admirer of the works of Rumi. It was everything I expected and more. Thank you so much privatetour.com for making one of my dreams come true.
Reviewed by Daniel Adams

US   September 17, 2019
Rating
Wow, so much history and information to see and take in, our guide was so very knowledgable. Stunning wooden carvings and Aladdin Mosque were highlights for me and of course Mevlana Museum. It was a huge step back in time, and I enjoyed every moment. A spot of shopping in the bazaar as well as lunch, topped off a perfect day.
Reviewed by A Wani

IN   September 11, 2019
Rating
On this trip, you will The Museum. This museum is a great insight into Rumi's lifestyle and Sufism... divided into small rooms, every room depicts a story and legend. A very interesting tour. Highly recommend it.
Reviewed by Harriet B

NZ   September 09, 2019
Rating
I cannot quite believe that I finally got to walk in the steps of Mevlana Celaleddin Rumi. It was an overwhelming spiritual experience for me. All of the museums were very interesting, and I loved shopping in the bazaar too. Lunch included and collection from our hotel and dropped back off. Perfect day, thanks to the girls in the office at privatetour.com