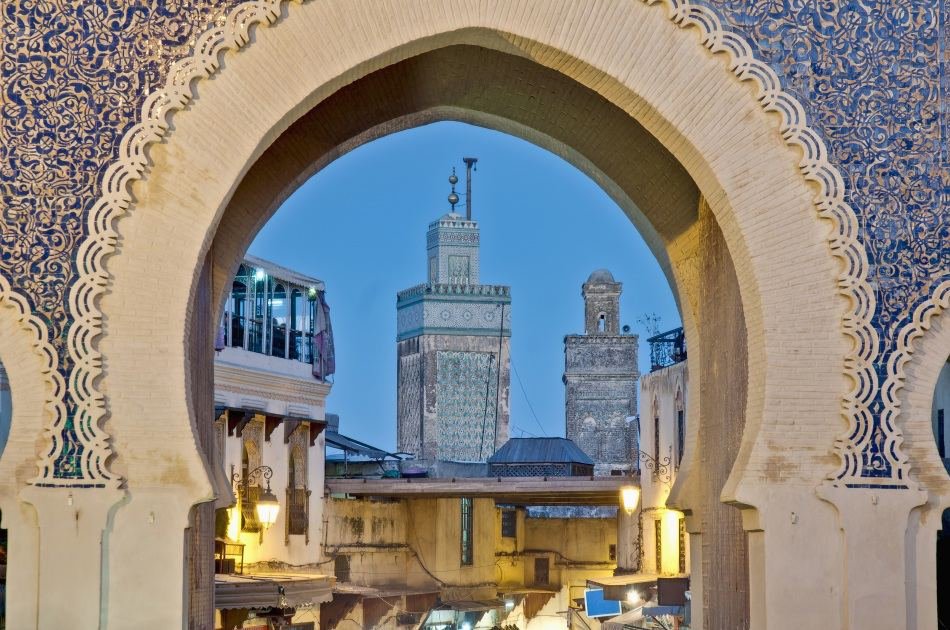 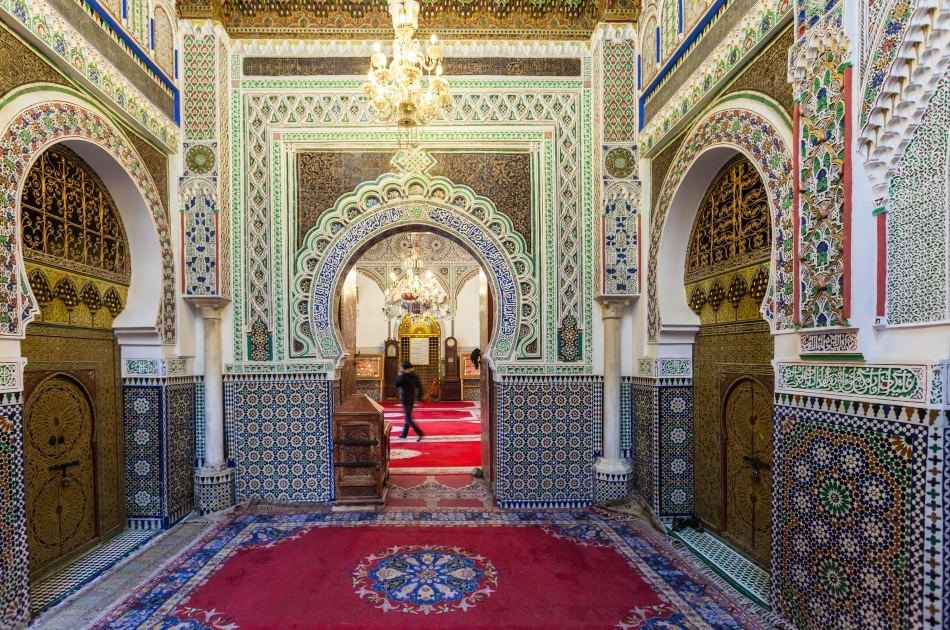 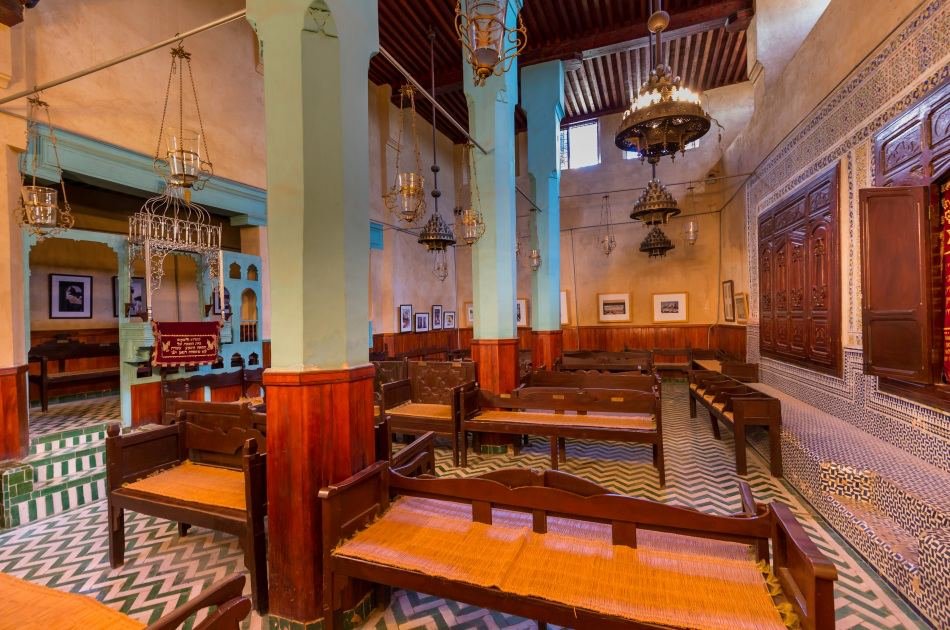 Your guide will you at your hotel or riad in Fez before beginning your guided tour of the medina - one of the world’s largest walled in cities. You will explore the narrow streets lined with fresh fruit, mounds of spices, intricately woven Berber carpets and many other art objects of Morocco.

You will visit Mosques including the Quaraouiyine Mosque founded in 859 by Fatima el Fihri and the Andalusian Mosque dating back to 860 (entry is not permitted to non-Muslims) and fountains (including the Nejjarine fountain), Medersas (Koranic schools) founded as early as the 13th century before having a break for lunch (not included).

After you will visit Batha Palace (now a museum of arts and traditions), Chouwara Tanneries, Souks (including Souk Attarine - one of the liveliest in the city), Bab Boujloud - with its green and blue ceramics, Mellah and the 17th century Ibn Danan synagogue as well as the Kings Palace, the Merindes Tops & Borj North & south and a Ceramic factory before being dropped off back at your hotel or riad.

Highlights
Good to Know
Inclusions
Exclusions
Pickup and Drop-off
The Pick-up will be from your Hotel or Riad ,you ca,n provide us with the Name
Know Before You Go
Customer Reviews
Add New Review
Add new review
No Discussion Comments found.