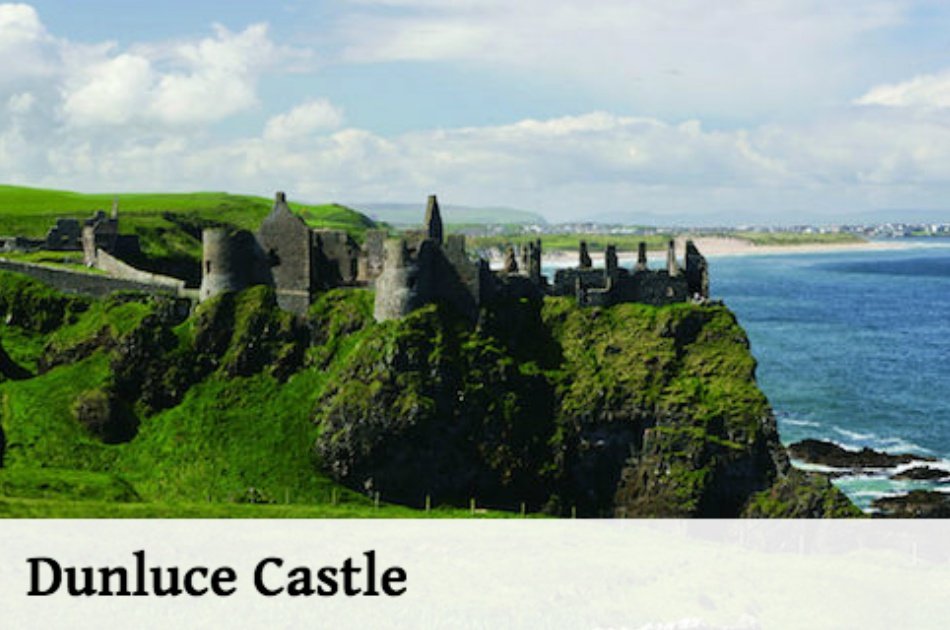 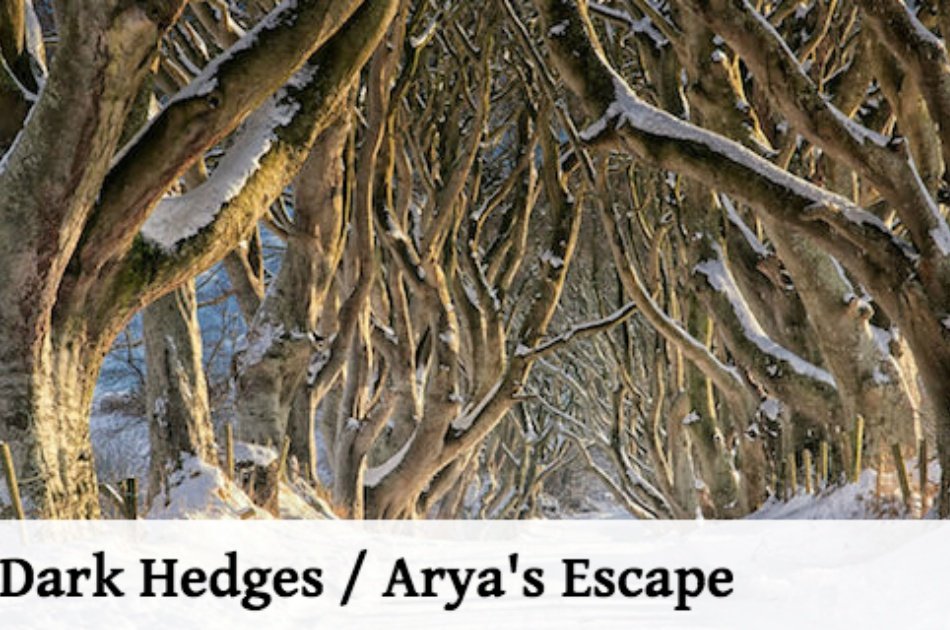 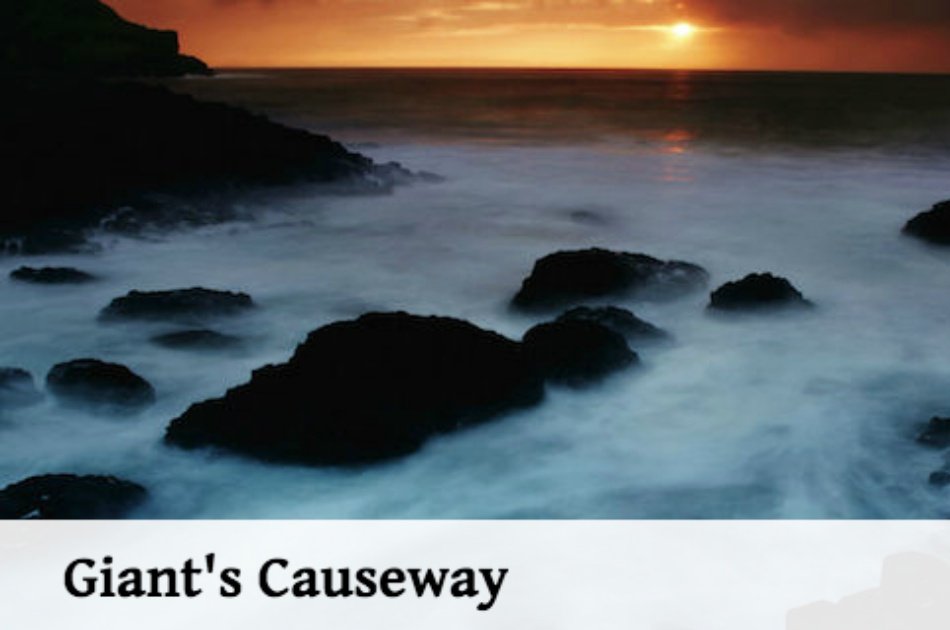 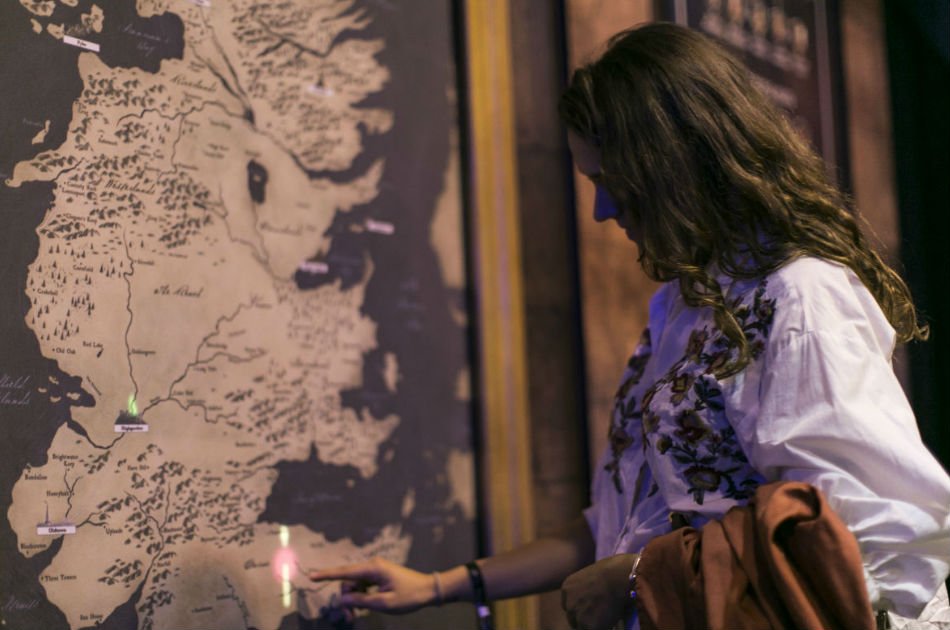 Giants Causeway and Game of Thrones® from Dublin - Touring Exhibition

Venture into the fantasy world of Game of Thrones® as you tour some of Northern Ireland's most memorable filming locations from the hit HBO® series. After a rest stop that breaks up the drive, we stop by the Dark Hedges, where you will stroll beneath the dramatically arched trees, snap photos of the natural wonder, and hear from your guide why it was chosen for the scene of Arya's nail­biting escape from King's Landing.

Next stop is the Giant's Causeway, Northern Ireland's only UNESCO World Heritage site and one of its most visited attractions. Enjoy the spectacular landscapes, made up of some 40,000 interlocking basalt columns, formed by ancient volcanic eruptions.

Next, continue to the picturesque coastal village of Ballintoy, where you'll have around 40 minutes of free time. Hear how Ballintoy Harbour served as the location for Theon Greyjoy's return to the Iron Islands, as well as scenes such as Theon's baptism, Euron's crowning, the burning of bannermen by Stannis and Melisandre, and the burial of Balon Greyjoy. We will drive along the Causeway coastal route and go through little towns like Ballycastle where you can enjoy views of Sheep Island and Rathlin Island etc.

After that, we drive through the Glens of Antrim to go to Belfast. You will spend around 45 minutes of free time to admire the city sights.

From April 11th to September 1st only, visit the GAME OF THRONES™: THE TOURING EXHIBITION with authentic props, costumes and majestic settings from all seven seasons to create an interactive and immersive Game of Thrones® experience. On days we are visiting the Touring Exhibition, the tour will not include the visit at the Ballintoy Harbour, in order to make time for the exhibition.

See the famous Crown bar, Belfast City Hall and it's Titanic memorial garden, Big Fish and Albert’s Clock etc. So stretch your legs, or grab some food (own expense) at one of the many cafes or restaurants. Your tour ends back in central Dublin around 7:30pm/ 8:30pm.

Highlights
Good to Know
Inclusions
Exclusions
Meeting Point
Meeting Point is at 6:45 am, outside Dublin City Gallery The Hugh Lane, Parnell Square N, Dublin 1 which will also be the drop off point
Know Before You Go
Customer Reviews See all review >
Excellent

US   September 05, 2018
Rating
Excellent trip! Jeanette our tour guide was wonderful! She was there to answer all of our questions, provide us a bit of history and there to entertain us with Irish music. Mike our driver was also excellent! Both kept us safe and on schedule. Prepare to walk a lot with this tour and bring a light jacket. The best part of our trip to Ireland so far.
Reviewed by Didy D

FR   August 05, 2018
Rating
A wonderful day with a great guide !! I really enjoyed the tour, so beautiful! Some minutes on Dunluce castle to appreciate the view, some hours in giant causeway and last stop on Dark hedges (game of thrones) ! The guide is really funny, I really like his stories, and I learn many things about Ireland and Irish. Thanks you so much for this lovely day.
Reviewed by Merdeces V

ES   July 14, 2018
Rating
We came from Spain, and as our stay in Ireland was going to be brief, we wanted to make the most of it and learn about the country as much as possible. As I have been an eager nature lover since childhood, my sister thought that this tour would be an excellent way to spend a special day together and discover the natural wonders of the North. I must say that she could n´t have made a better choice, we enjoyed every single moment of the trip. The journey was lovely, everything was perfectly organised and we had the opportunity of visiting amazing places with breathtaking views, taking pictures and explore around.
Reviewed by May S

GB   July 11, 2018
Rating
Amazing day trip with the very nice and informative guide Brian and the nice and safe driver Adam! had a great time and saw some beautiful sights.
Reviewed by Roberto R

IT   June 05, 2018
Rating
Had an amazing experience getting to know the history of Ireland thanks to our guide Dave and a smooth ride thanks to the driver, Adam. 100% Recommendation.
Reviewed by Tomaholic

IE   April 29, 2018
Rating
A fantastic day trip, very insightful. Trip was perfectly organized, our tour guide was very great. Plenty to see and do, great photo opportunities to be had. I would highly recommended doing this trip. Thank you for a fantastic day out.
Reviewed by Micheal L

GB   December 17, 2017
Rating
We had a great time with Nathan and Adam on the tour from Dublin to Giant's Causeway. It was a long day, but it was completely worth doing. I've been on other tours where they drop you off in a tourist trap, but this tour didn't include any of that. The bus was comfortable and air conditioned, and the driver did a great job navigating some of the tiny roads. The sights were terrific and I loved hopping the stones at Giant's Causeway.
Reviewed by Manuela G

GB   November 14, 2017
Rating
This company was incredible!! Adam was a great driver and Dave kept the long rides entertaining. The views were amazing and this trip and company is highly recommended.
Reviewed by Caitlin S

IE   October 15, 2017
Rating
I had an AWESOME time on the trip! Our guide David was super cool and kept the trip interesting even during the driving. Our bus driver Adam did a really good job too. I would 10/10 recommend!!! Ask for David !!!

Giants Causeway and Game of Thrones® from Dublin - Touring Exhibition