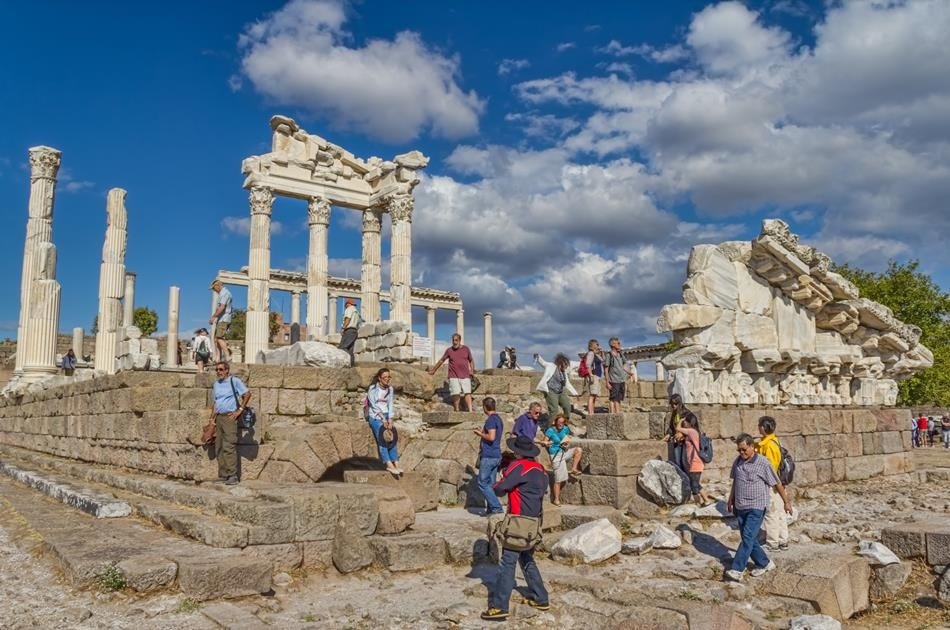 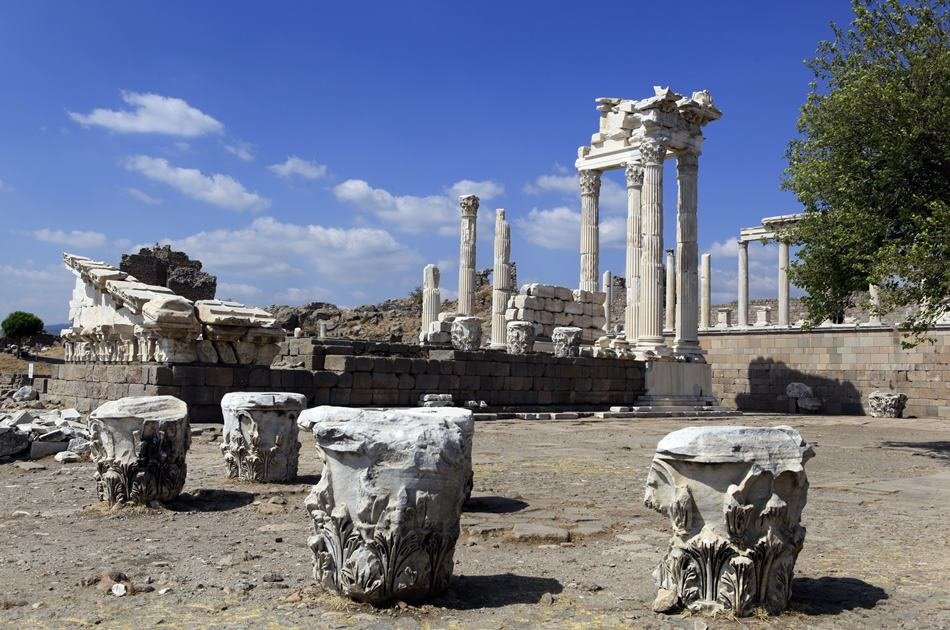 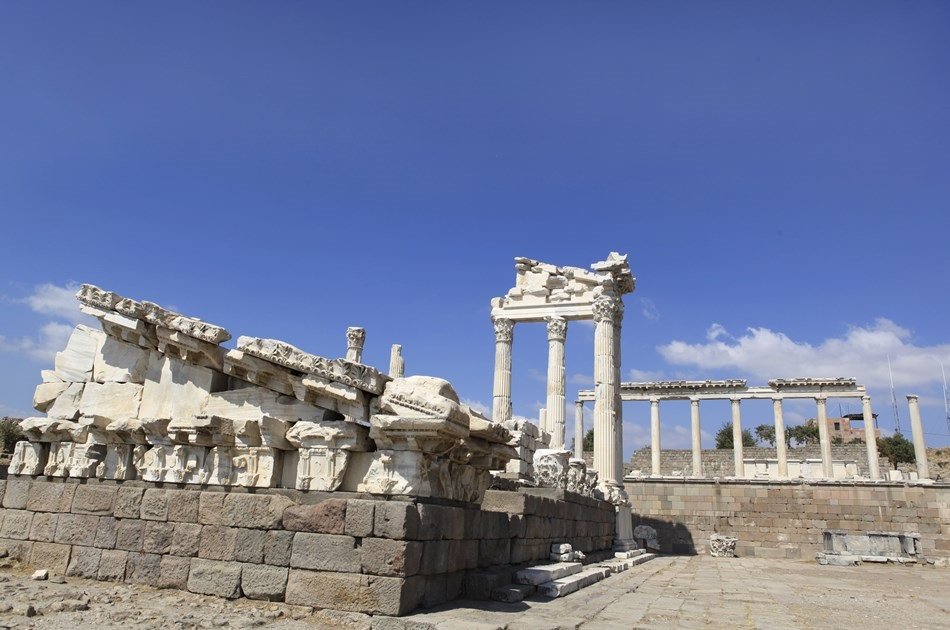 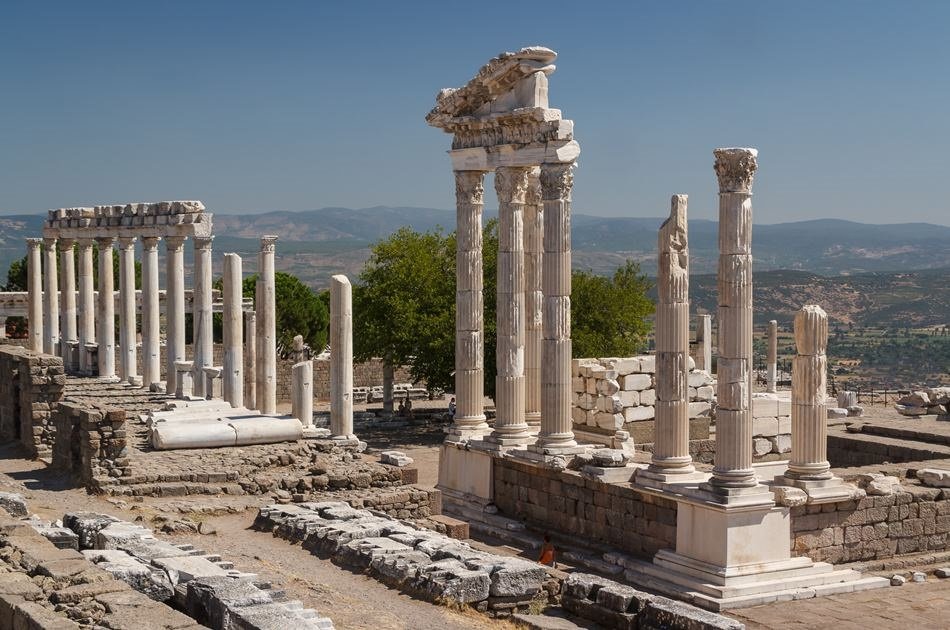 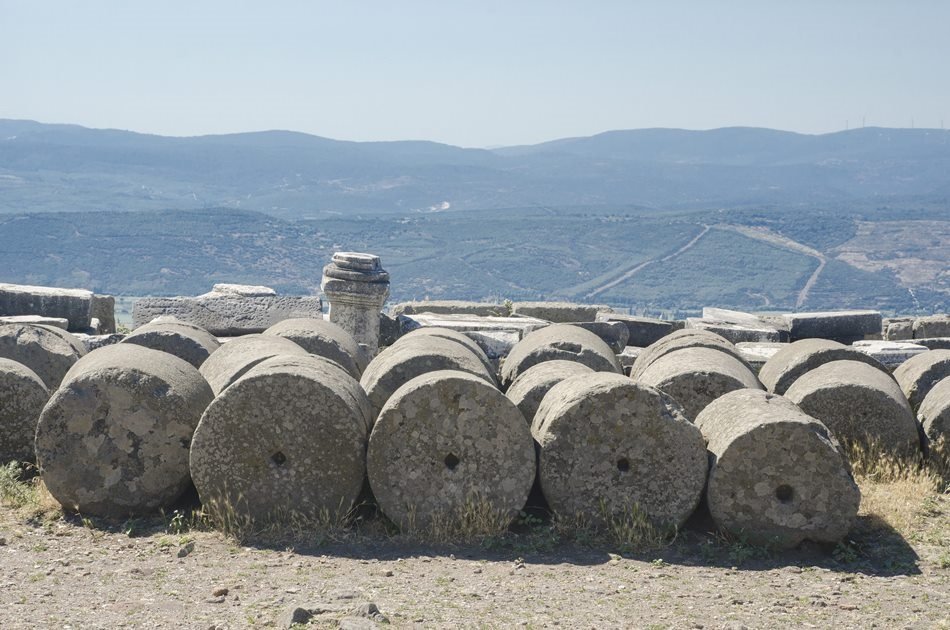 From EURO
per person
€ 90.00
Price varies by group size

Private Pergamum Acropolis and Asclepion Tour in Bergama From Izmir

Upon arrival at the archaeological site, visit the highlights of the ruins.
See the Library of Pergamum, a hillside theatre with breathtaking views, and the Altar of Zeus, which has carved reliefs that illustrate the battles between giants and ancient gods.

Visit the three main areas of the old city: the Acropolis, the Lower City, and the Asclepeion, among the earliest known medical centres.

After visiting the Pergamum ruins, go to a local gallery with Turkish ceramics, carpets, and silver, and learn all about the production of traditional handicrafts.

Private Pergamum Acropolis and Asclepion Tour in Bergama From Izmir