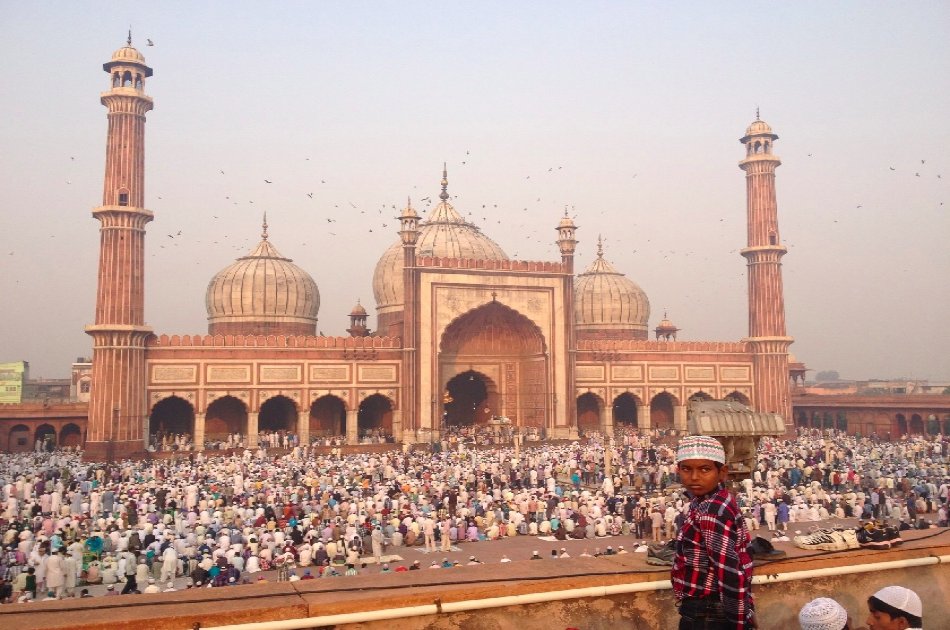 Product code: 1134
Add Wishlist
Overview
Start your journey with the hotel pickup where your guide and chauffeur waits for you at 09:00 AM. Drive to the chaotic city of Old Delhi and visit The Jama Masjid (The Muslim Mosque) that is India’s biggest mosque right now. Our stay of time at the mosque is 15 minutes. Next, walk into the narrow and chaotic city of Old Delhi with your guide where your guide gives you a brief introduction of Old Delhi. Later take a rickshaw to Spice Market to experience one of India’s biggest markets of spices in India. Our total time spent in Old Delhi is around 2 Hour. Next, drive to Raj Ghat which is a memorial dedicated to Mahatma Gandhi. Originally it was the name of a historic ghat of Old Delhi on the banks of Yamuna River. Time spent over here is around 30 Minutes. Later, Travel to Akshardham Temple a Hindu Mandir and a spiritual cultural campus. The complex displays millennia of traditional Hindu and Indian culture, spirituality, and architecture. Next, walk to the food court of the temple to enjoy the traditional Indian Lunch. Our total time of stay at this place is around 1 hour. Next, Drive to Gurudwara Bangla Sahib (Sikh Temple). This one of the most prominent Sikh Gurudwara, or Sikh house of worship, in Delhi, India and known for its association with the eighth Sikh Guru, Guru Har Krishan, as well as the pool inside its complex, known as the “Sarovar. Later See the Agrasen ki Baoli, India Gate & President’s house before we proceed to our last point of your choice. You can choose any one of the Monument between Red Fort, Humayun's Tomb & Qutub Minar. All these three monuments are UNESCO World Heritage Site. At the end of the tour, Get dropped off back to the Hotel.
Highlights
Good to Know
Inclusions
Exclusions
Meeting Point
Your Hotel in New Delhi/NCR
Know Before You Go
Customer Reviews See all review >
Add New Review
Add new review
No Discussion Comments found.