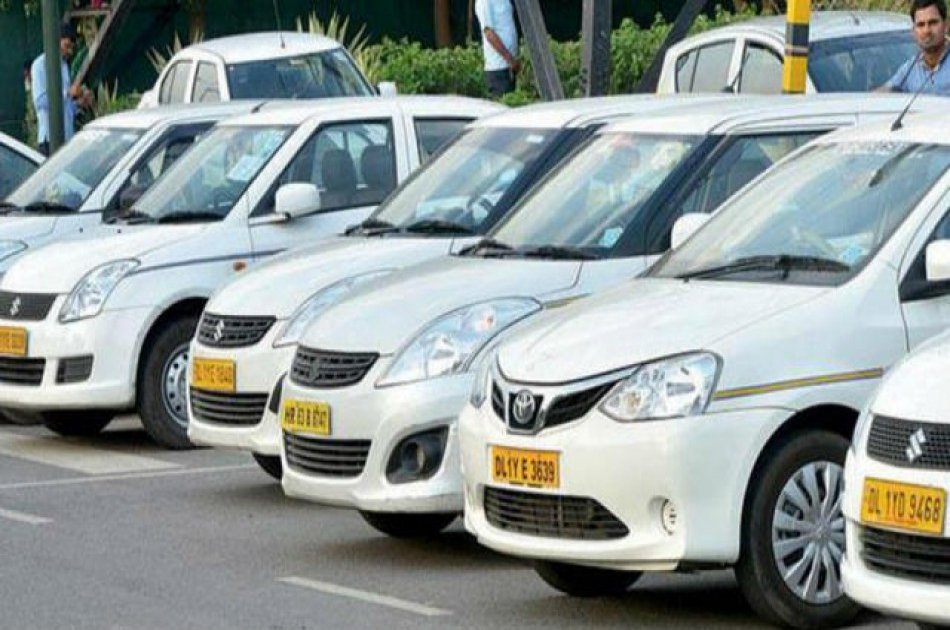 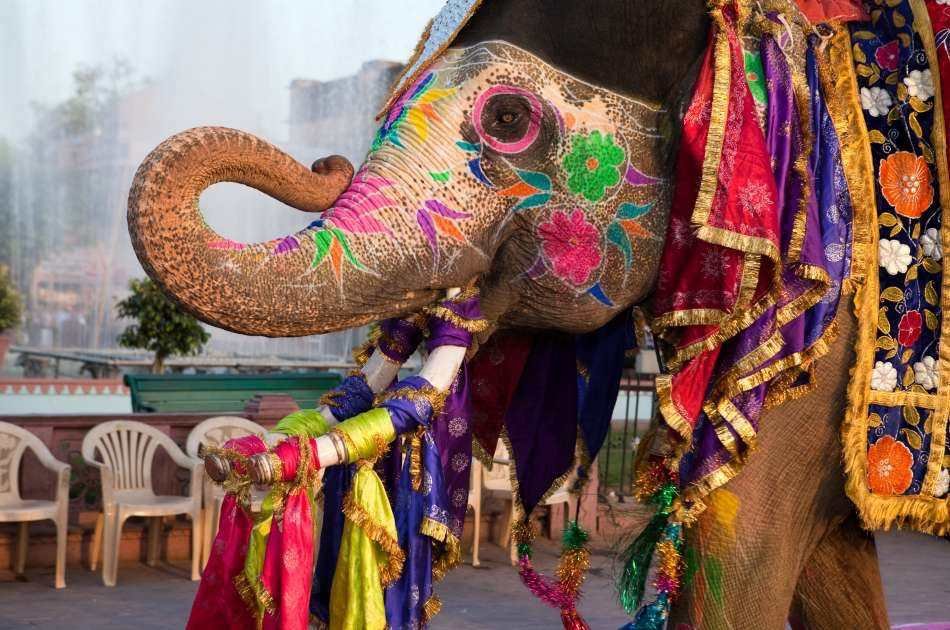 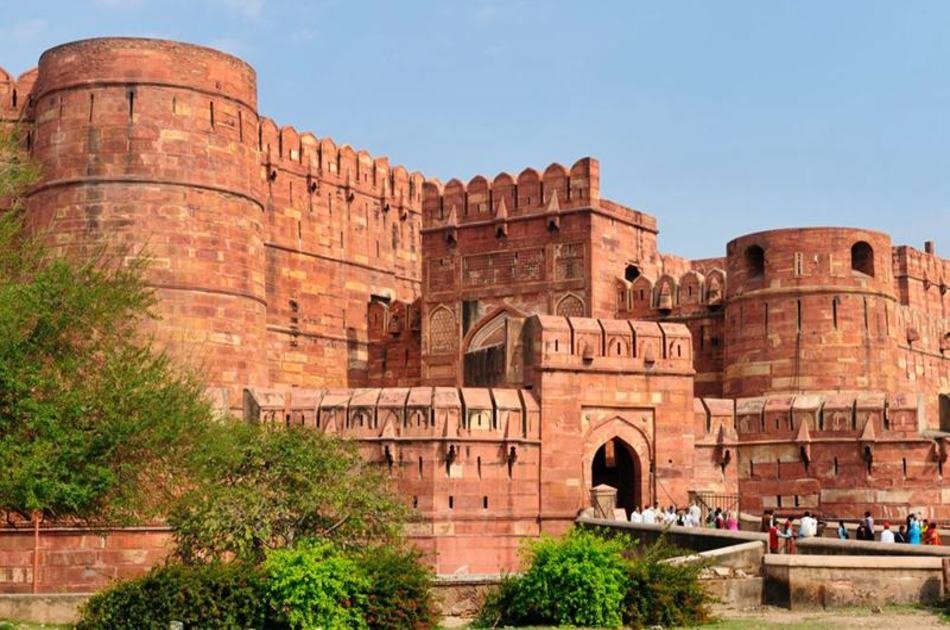 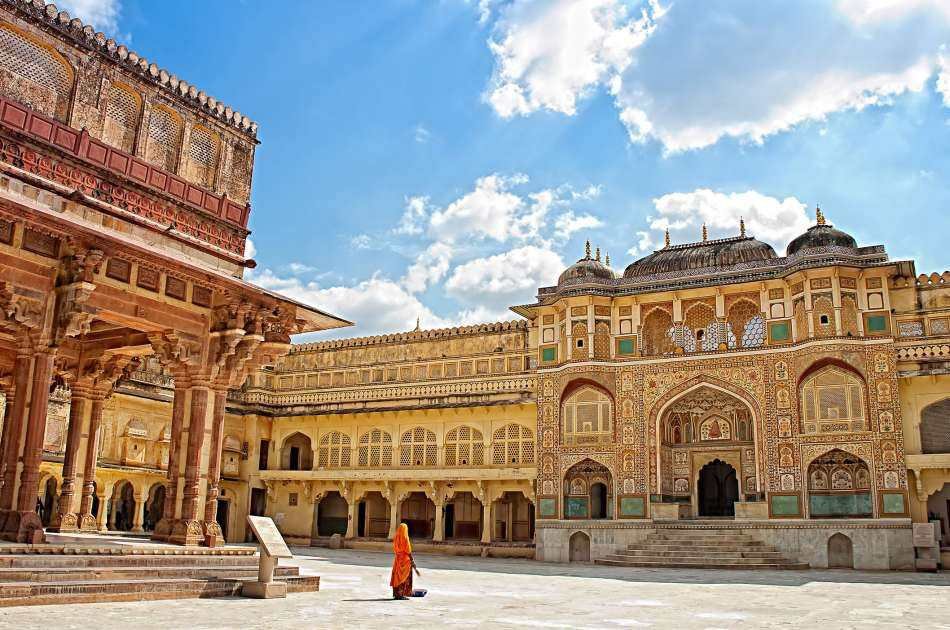 Likely to Sell Out
From USD
per person
$ 200.00
Price varies by group size
Lowest price guarantee

Experience the most popular cities in India - and Jaipur.

Agra is well known for the Taj Mahal and Jaipur was known as the Pink City. Agra has more places to be visited like Agra Fort which is a UNESCO World Heritage Listed Site and Mehtab Bagh which an exceptional Sunset viewpoint of the Taj Mahal.

Jaipur has a well managed and mixture of architecture buildings.

Begin the trip with a pick-up from the airport, railway station, hotel or another desired location in Delhi and you will be taken to Agra, the city of the Taj Mahal via a 3-hour drive on the expressway. Upon arrival to Agra, meet the tour guide and proceed to the magnificent monument, Taj Mahal. The Taj Mahal is an ivory white marble mausoleum on the south bank of the Yamuna River. It was commissioned in 1632 by the Mughal emperor, Shah Jahan, to house the tomb of his favourite wife, Mumtaz Mahal. Next to visit the Taj Mahal, explore the Agra Fort, yet another UNESCO World Heritage site. Agra Fort is a historical fort in the city of Agra in India. It was the main residence of the emperors of the Mughal dynasty till 1638 when the capital was shifted from Agra to Delhi. After visiting Agra Fort, you will continue to the Itmad-Ud-Daulah Tomb, a Mughal mausoleum. Itimad-Ud-Daulah was the title given to Mirza Ghiyath Beg, father of Nur Jahan. He held the post of Lord of Treasure of the Empire and later rose to the dignity of Wazir under Jahangir. Nur Jahan completed the construction of the building of the Tomb of her father in 1628 AD, nearly 7 years after his death. After Visiting Itmad-Ud-Daulah you will be driven to Jaipur. On arrival check into the hotel. Overnight stay in Jaipur.

In the morning after breakfast, meet your local guide and visit the Amer Fort. The Amer Fort was the capital of this state a long time ago. En route, enjoy a photo stop at Hawa Mahal - the Palace of the Winds. Later, visit Jantar Mantar (Observatory), City Palace and the apartment housing museums with an array of textiles, costumes, arms, weapons and paintings. In the end, you will be transferred to your hotel in New Delhi or another location in the city.

US   October 24, 2018
Rating
Ankit was super helpful in explaining a number of different sites around Jaipur. Having him and the driver really allowed me to get much more out of my time in Jaipur than I would’ve without them.
Reviewed by Michael John

US   October 23, 2018
Rating
I totally would recommend this tour with privatetour as the driver and tour guide is very helpful and they can communicate well in English and they would entertain our request. Very highly recommended for anyone who would like to tour India. 5 out of 5 Stars for privatetour.
Reviewed by Silvia

DE   October 22, 2018
Rating
Indu did a great job giving us information of the different monuments we visited! She was very helpful and checked on us several times during the tour. Thanks Indu!(:
Reviewed by Elea

DK   October 21, 2018
Rating
Thank you for your services. Both the guide and the driver were very helpful, on time, and offered us a comfortable and safe tour of Delhi and Agra. 4,5/5 for sure.
Reviewed by Theodora

US   October 19, 2018
Rating
Proud to have chosen these trip with these company. It's worth every single dollar. The tourist guide, sunny and the driver hari were always available for everything and they escorted me in this HUGE city, all around the big and small monuments and thanks for the profound, full of knowledge explanation of sunny. I will choose you again. Thank you very much for the service! And many thanks to you sunny, really appreciated your help!
Reviewed by Mark

US   October 18, 2018
Rating
I have really enjoyed the tour in Agra with sandeep, he replied to all my questions and he was very punctual and precise. So I would give 4,5 . The tour in jaipur was also good, the guide English was a little bit more difficult to understand but she was punctual and good. I would give 4,5 The cabs were also clean and good.
Reviewed by Jordon

HK   October 17, 2018
Rating
Indu was very helpful the whole day. We took me to all the sights I requested as well as others I had not considered. She was also very helpful in helping me withdraw cash and helping me become aclimarised to Agra. 5 Star of course. Kind regards, jordon
Reviewed by Marie

GL   October 06, 2018
Rating
Driver was great and knowledgeable, and our guide had many insights. Worth Going On.
Reviewed by Jennifer

US   September 25, 2018
Rating
Sunny was a great guide and was very knowledgeable. I really enjoyed this trip with excellent views and scenery.