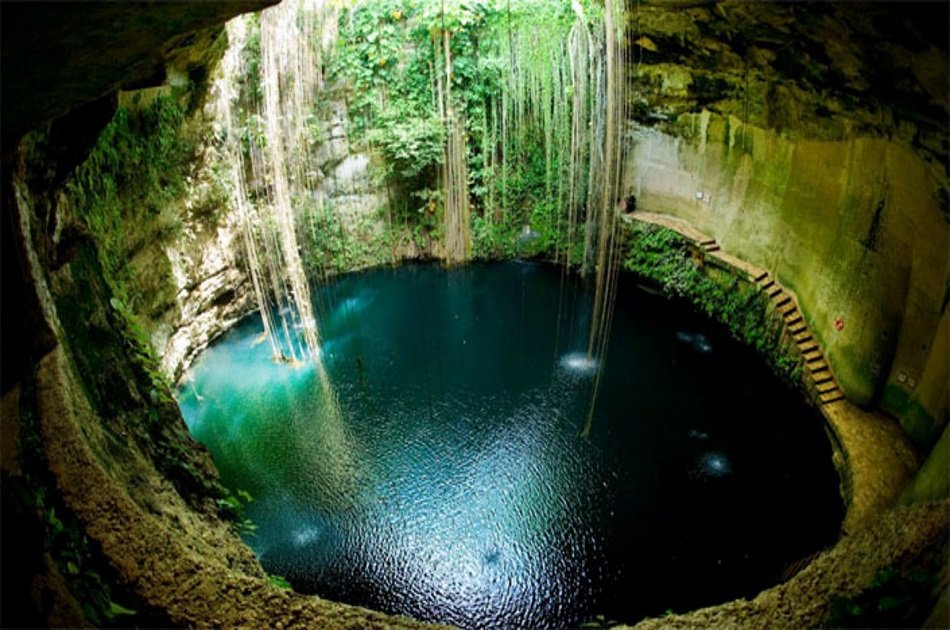 Enjoy this historical tour in one of the most famous ancient Yucatan cities - Chichen Itza.

It is the city-cradle of ancient Mayans, where you can see Kukulkan pyramid (one of the new seven wonders of the world), the Temple of Thousands of Columns also known as ¨the Temple of Warriors¨, the Astronomical Observatory built several centuries ago and a Sacrificial Pit.

You will also get to see one of the biggest fields for playing ancient Mayan ball games, called Pok-Ta-Pok, playing where the bravest warriors were trying to win to be sacrificed.

After that, the refreshing swim on one of the most beautiful underground lakes, called Cenote Ik-Kil, is waiting.

You will then have lunch followed by a visit to Valladolid, a colonial city built in XVI century.

You will be dropped off at your hotel at the end of the tour.

Highlights
Good to Know
Inclusions
Exclusions
Meeting Point
We pick you up at the lobby of your hotel in Cancun, Riviera Maya or Playa del Carmen
Know Before You Go
Customer Reviews See all review >
Add New Review
Add new review
No Discussion Comments found.