For a pleasurable welcoming Persian holiday, why not take a private tour of Iran, it may surprise you as is not at all what you might expect.

Iran is an amazing Country to visit with spectacular cities, famous landmarks, breathtaking landscape and best of all, fabulous people.

Their origins are made up of many ethnic groups like Greek, Arab, Mongol and Turk which has certainly had an influence.

When you go shopping in the shops or Bazaars, the vendors will ask you to sit down and have some tea; they love to talk.

In history, there are many big names that we have all heard of, like Alexander the Great, Genghis Khan or Cyrus and Darius that have left their mark in the cities they conquered or ruled over.

As you go on guided tour, you can imagine the extravagant lifestyle that was once in Iran just from the ancient ruins.   Read More... 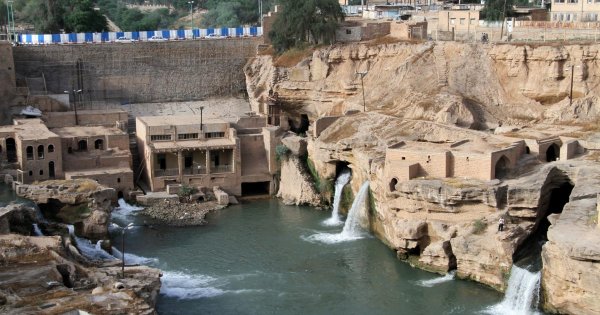 The best private tours are the tours of some of the wonderful cities in Iran such as;

Tehran, the capital of Iran, has the most famous sights to visit like Golestan Palace with ornate rooms and marble throne, the brilliant National Jewelry Museum which holds some of Qajar Monarchs jewels or the Milad Tower for breathtaking views and that is only scraping the surface.

There is so much to see and do here.

Isfahan has some architectural wonders that will take your breath away as well as a famous Tea-Houses, Bazaars, Mosques, Palaces and the list goes on.

When travelling to different destinations all over the world, some of us are very quick to make assumptions about somewhere and Iran is one of those places.

Iran is definitely a place not to be judged by its cover.

Top 10 Things to See and Do in Iran 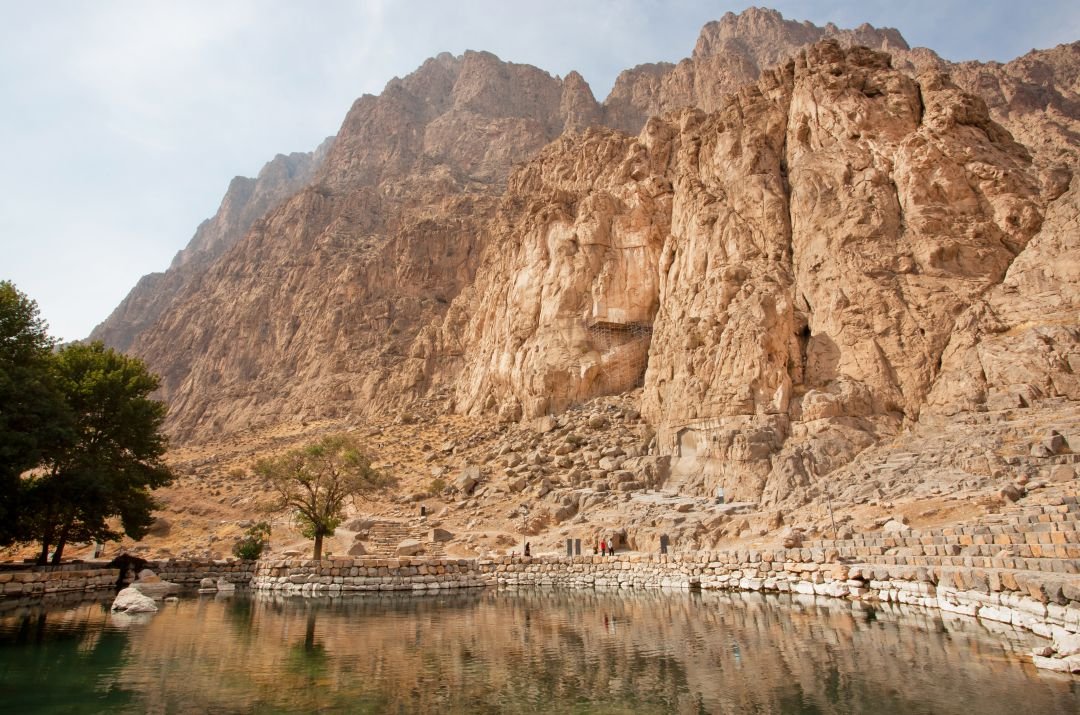 1 For anyone interested in ancient ruins and archaeology, then take a private tour to Bisitun. It is regarded as one of the most famous sites in Near Eastern archaeology. See the ancient inscriptions and sculpture carved into the rock face high up on cliffs that show Darius the great facing a line of royal prisoners with his foot on one of them. It is a fascinating place and you will be amazed at the ancient detail you get to see.
Bridges of Isfahan 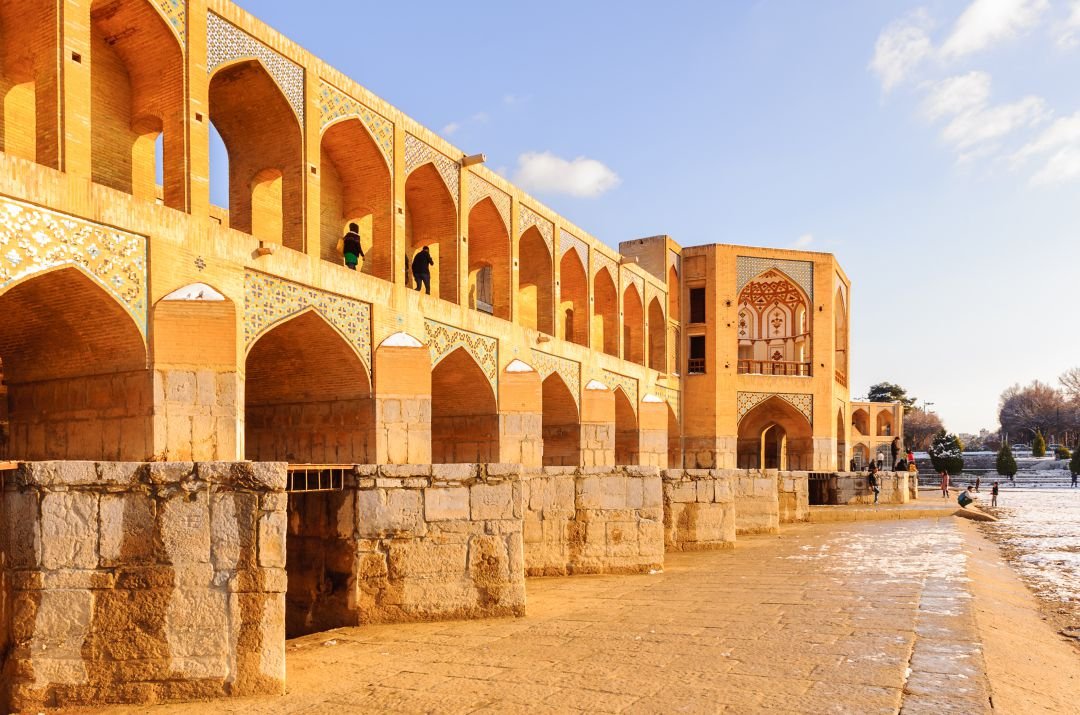 2 On a private tour of Isfahan, see some of the most beautiful bridges in the world. These bridges span the Zayandeh River in spectacular style. Of the eleven bridges that connect Isfahan from the New Julfa suburb, six are modern but five date back to the Safavid period or earlier in the case of the Shahrestan Bridge. The creativeness and architecture from centuries ago that you see in these bridges, is something else. Magnificent.
Persepolis 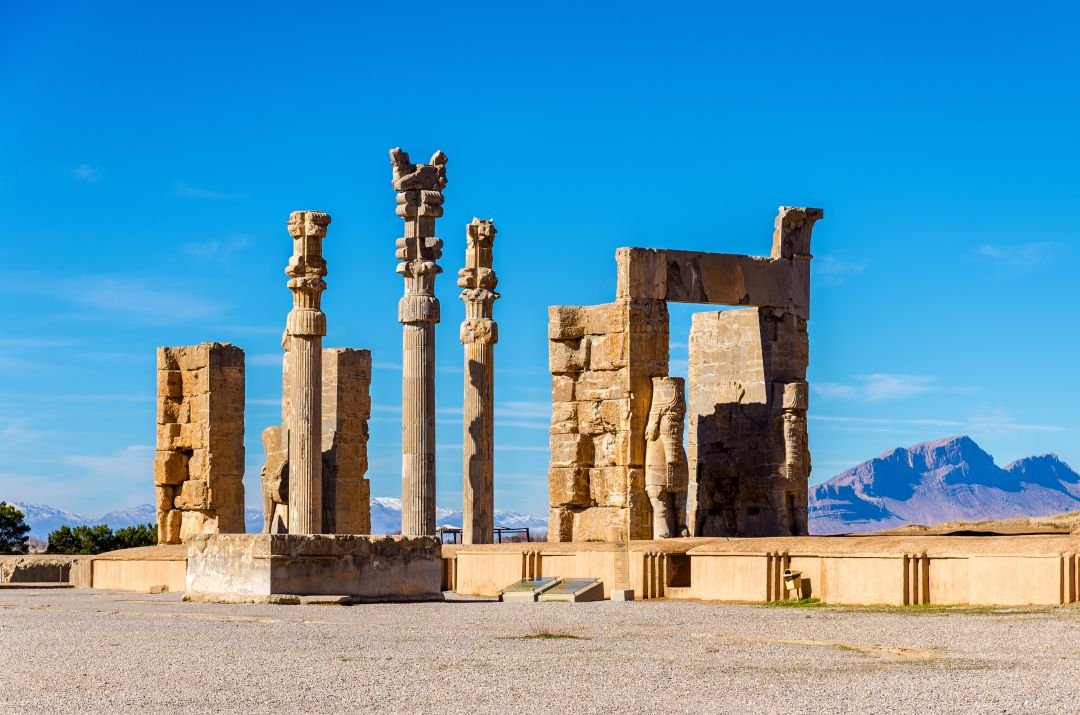 3 Visit the most magnificent archaeological sites on a private tour, Persepolis. Renowned worldwide, it this was the ceremonial capital of Iran’s Achaemenian kings from the time of Darius the Great until it was destroyed by Alexander the Great. To this day representatives from nations of the Persian Empire gather here to pay homage to the King of Kings. The remains that still exist are very impressive and great to see.
Imam Square

4 See some of the most spectacular Islamic architecture on a private tour of Isfahan. Imam Square is the highlight of the city and contains the most exquisite Masjid-e-Imam, the Ali Qapu Palace, the Sheikh Lotfollah Mosque and the Qaisarrieh Bazaar. It was the architecture here that was an inspiration for the Taj Mahal. As you venture through the Square, you are in total awe of the fabulous buildings.
Golestan Palace 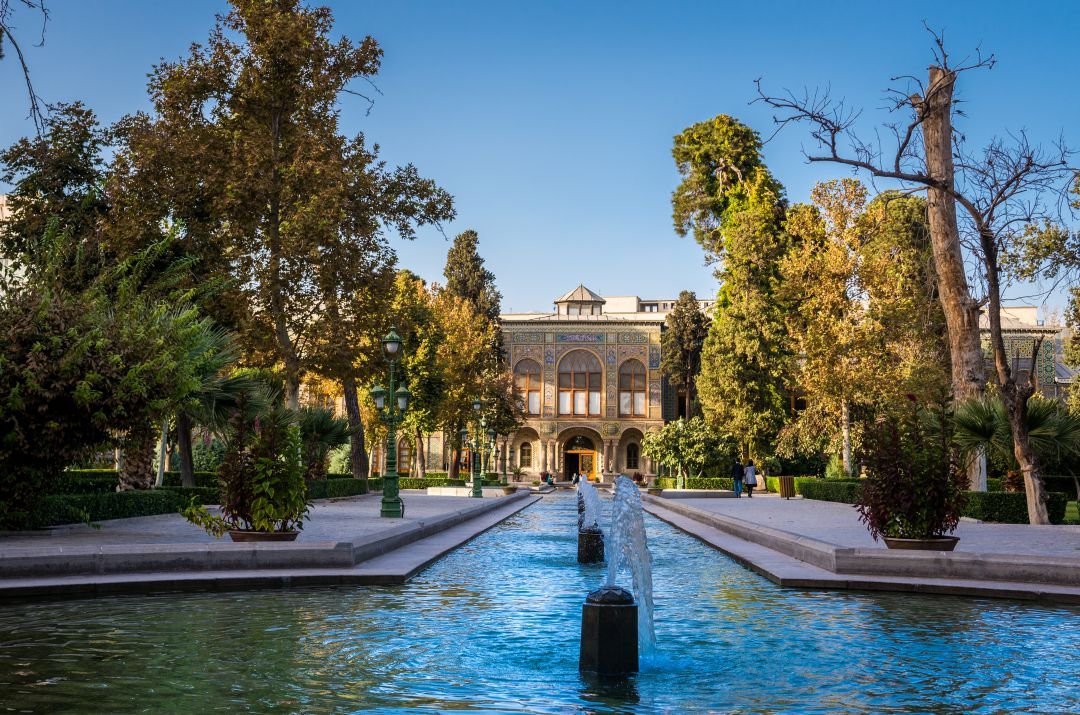 5 Take a private tour to the oldest historical monument in Tehran, the fabulous Golestan Palace which literally translated means Palace of Flowers. This is the former royal Qajar complex and a masterpiece of the Qajar era. It embodies the successful integration of earlier Persian crafts and architecture with the influences of the Western world. This extravagant building is magical and beautiful, a place that will always be remembered.
Eram Garden

6 Take a private tour to the wonderful Eram Garden located in the north of Shiraz. Not only is it a botanical garden, it includes several historic buildings. There is a varied collection of plants from all over the world planted in the gardens that are kept in pristine condition. The Garden is registered with the World Heritage List since 2011. The historical buildings are full of many interesting things to see and learn.
Jame Mosque of Yazd

7 On a private tour, visit the Jame Mosque of Yazd which is the grand, congregational mosque of Yazd. The most distinguishing feature of this mosque is the tall entry portal which is crowned with tall minarets as added effect. The blue honeycomb tiled walls and mosaic detail is stunning. There are 3 Ali’s written in Kufic script with Swastikas which in Persian, is a sign of auspiciousness that symbolises infinity, birth and death.
Amir Chakhmaq Mosque Complex 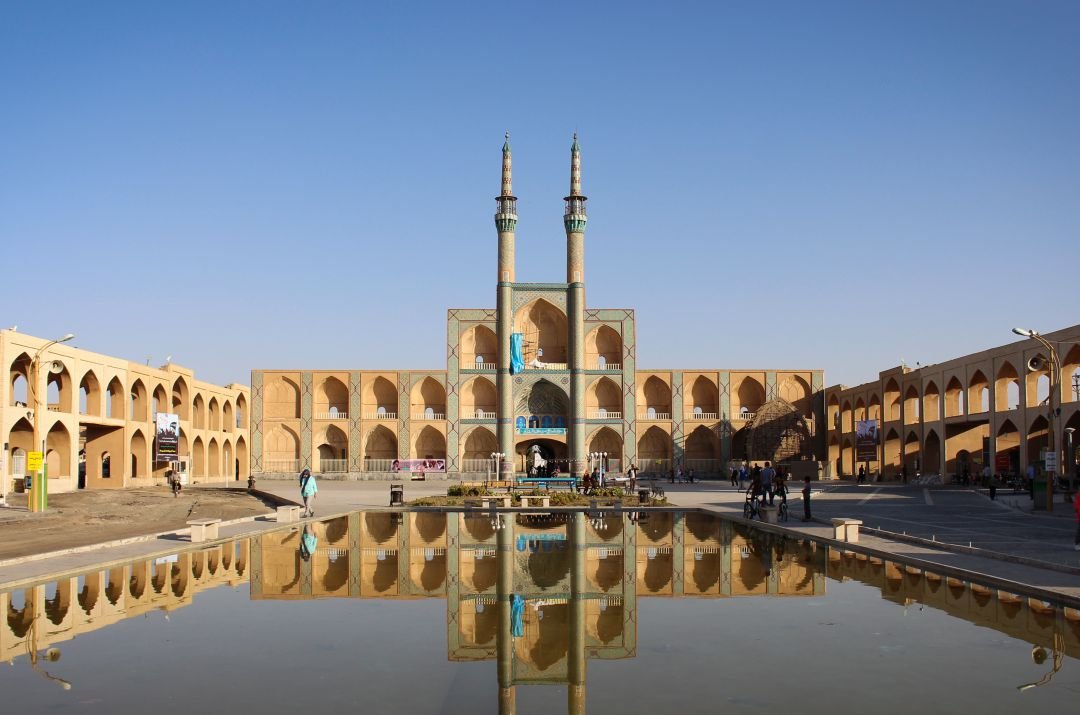 8 On a private tour of Yazd see the Amir Chakhmaq Mosque Complex. This prominent structure has a three-story facade and rows of perfectly proportioned sunken alcoves. If you plan your tour for the late afternoon, you will witness a stunning sight when the copper coloured sunlight is captured in the alcoves and the outside glows against the darkening sky. This building is very impressive and the illuminated fountain adds to it.
Tomb of Hafez

9 On a private tour of Shiraz visit the Tomb of Hafez and the memorial hall, the Hafezieh. These structures were built as memorials for the 14th century Iranian Poet, Hafez, who lived and died in Shiraz. He was known for putting in poetry what people were not allowed speak of in public. The buildings are beautifully built, decorated with colourful mosaic works and the surrounding gardens are impeccably kept.
Old City of Yazd 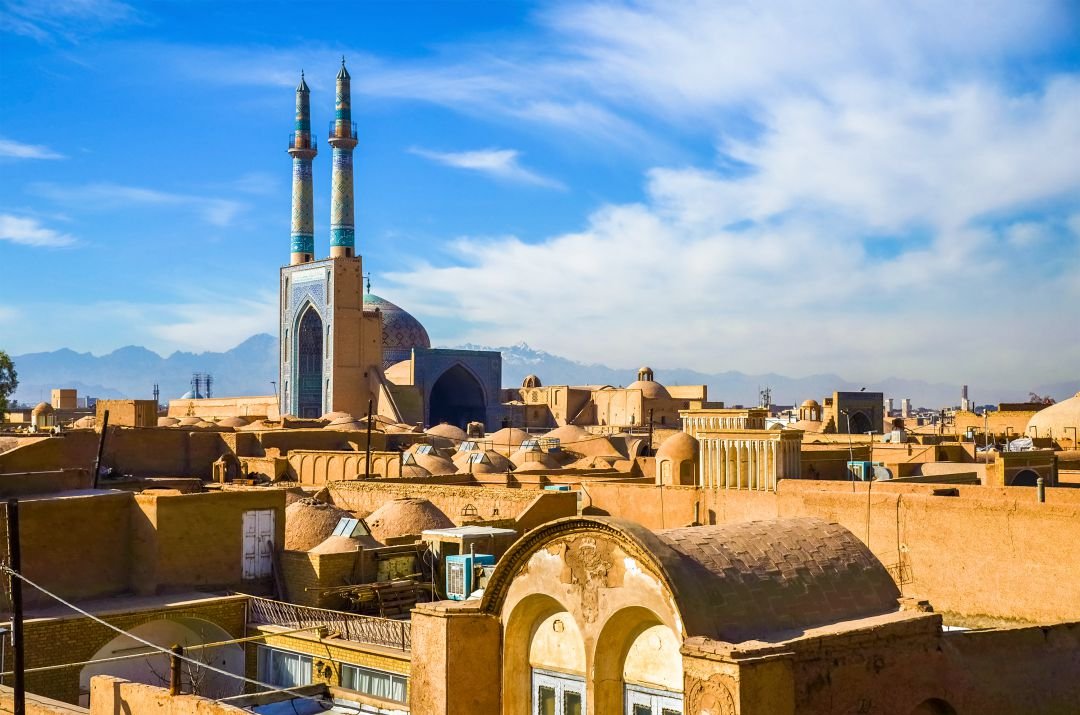 10 On a private tour of Yazd, you get to see the Old City which is located between two deserts. It is an isolated oasis town that will give you the best example of traditional mud brick architecture, a speciality of Iran. Regarded as one of the oldest towns in the world, it is a labyrinth of adobe roofs and windtowers, listed as UNESCO World Heritage site. There are thousands of ancient dwellings and a treasure trove of hidden courtyards.

Explore Iran in 15 Days On A Private Tour from Tehran

Explore Iran and all it has to offer on this private 15-day roundtrip tour from Tehran. Explore 12 different locations, including Tehran, be won over by this Persian delight!